Ride for the Relay

Ron M. and I drove up to Afton Station for a few hours this morning even though it's our day off in order meet Rodger Fox and his "Ride for the Relay", a group that visits every year as it traverses (on motorcycles) Route 66 soliciting funds for various cancer charities.  It's the 8th year that they've come to Afton Station and it's always so much fun to see them.  I'm sure that Sue, whose regular day is Tuesday, could have handled the group herself, but I couldn't resist seeing Rodger and his gang.  This year, there were approximately 60 riders on 40 or so bikes.  When they leave Afton Station, they traditionally head for Tulsa where they have lunch at the Cancer Treatment Center of America.  It's a great group made up of many folks who have done the ride repeatedly over the years.  Here are some photos. . . 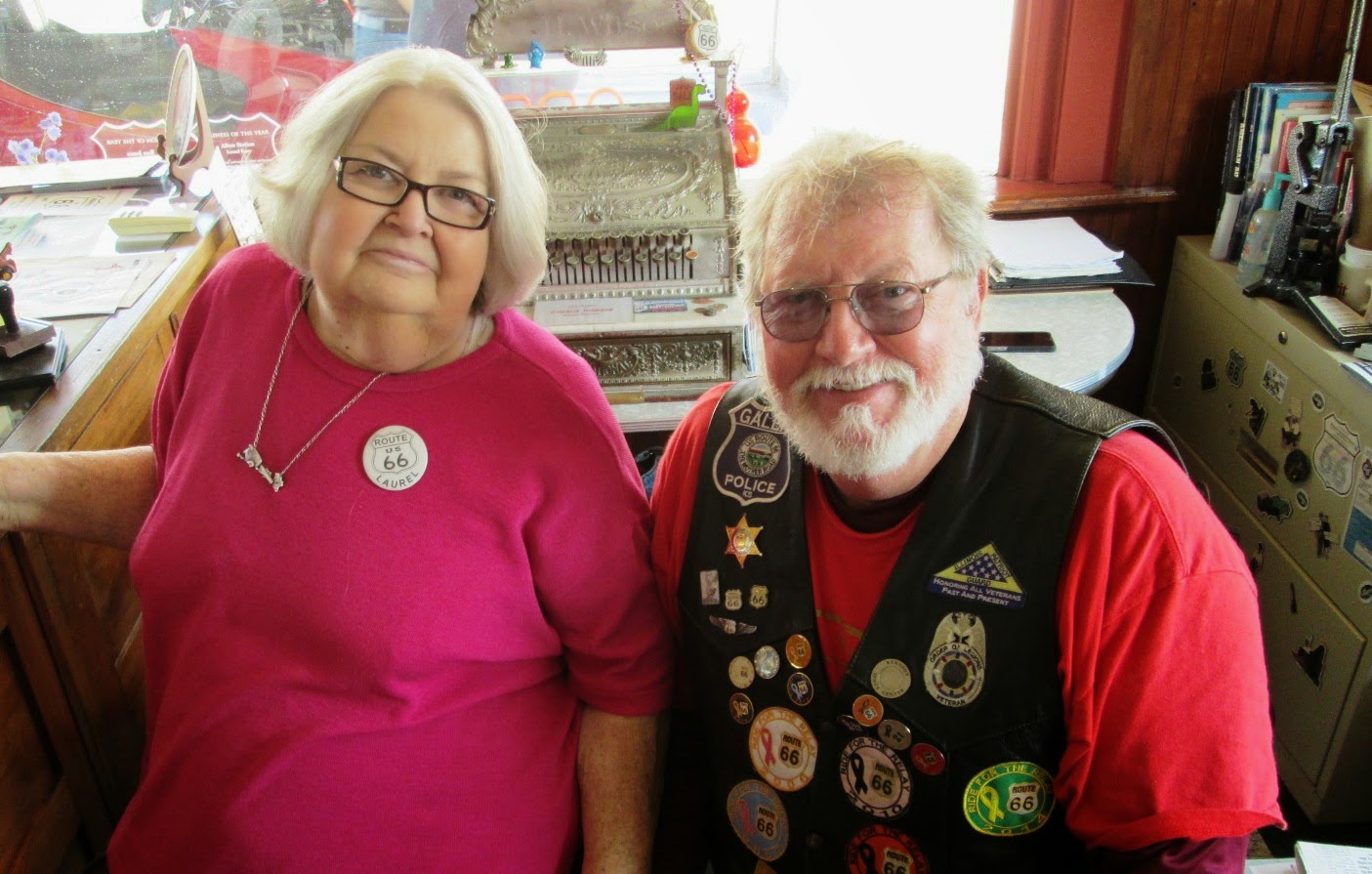 That's me with group leader and organizer Rodger Fox.  He's put his heart and soul into this endeavor for more than 10 years. 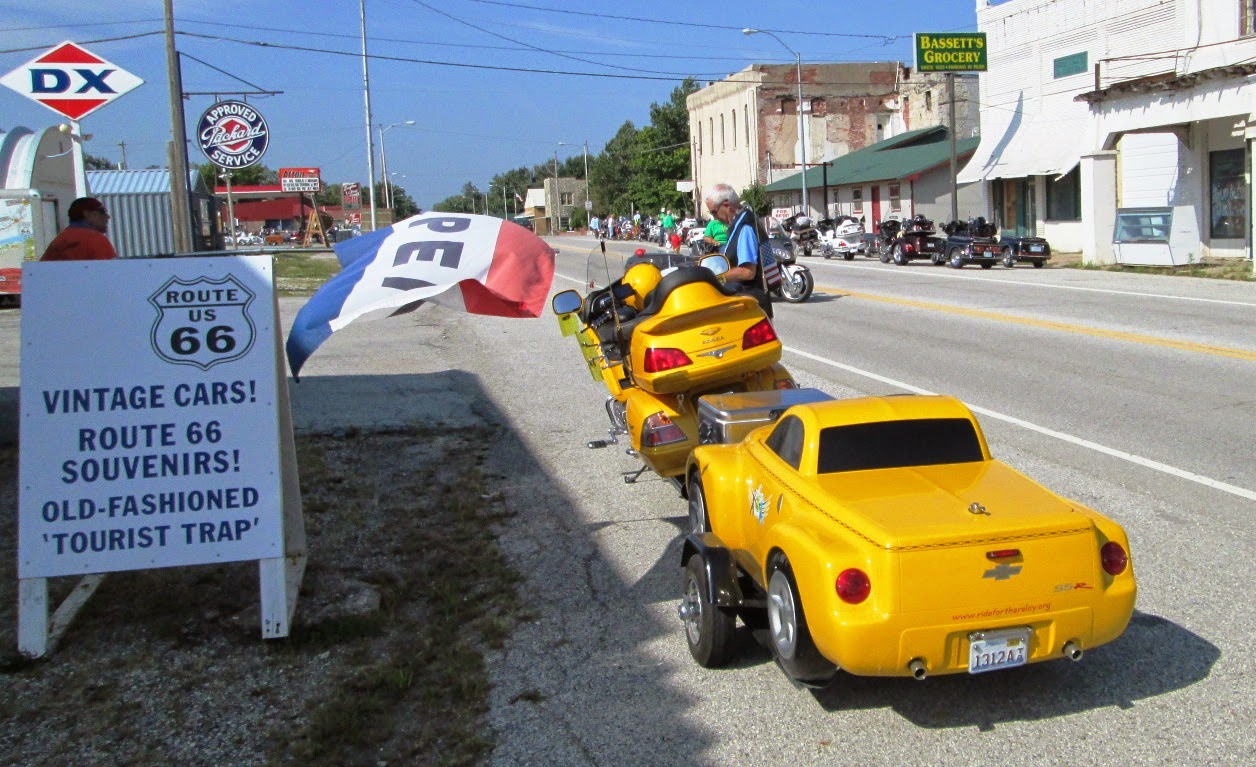 Here's Rodger's rig... a great trike with the cutest matching trailer ever! 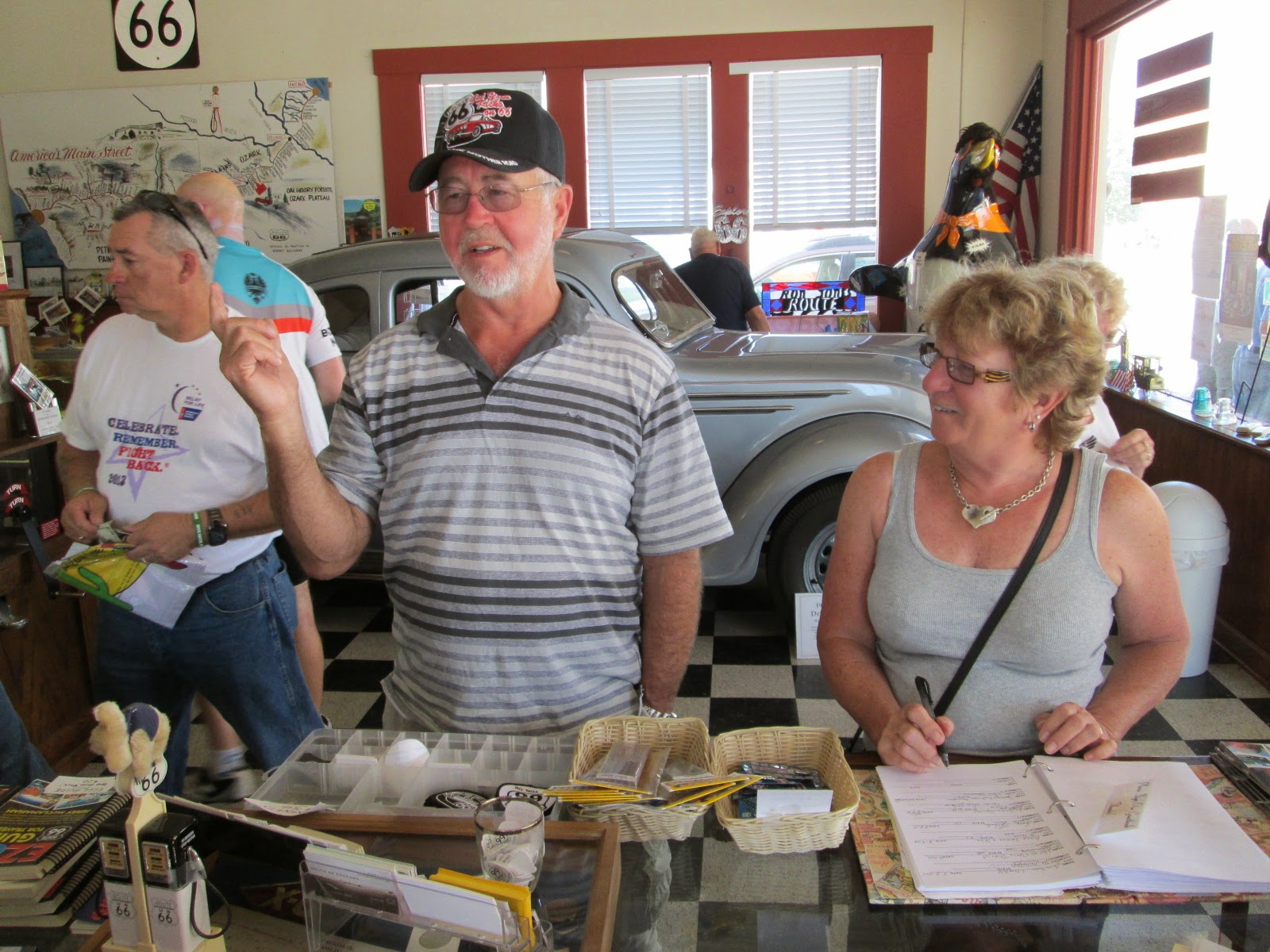 Although I was only there for a couple of hours, several other folks dropped in. 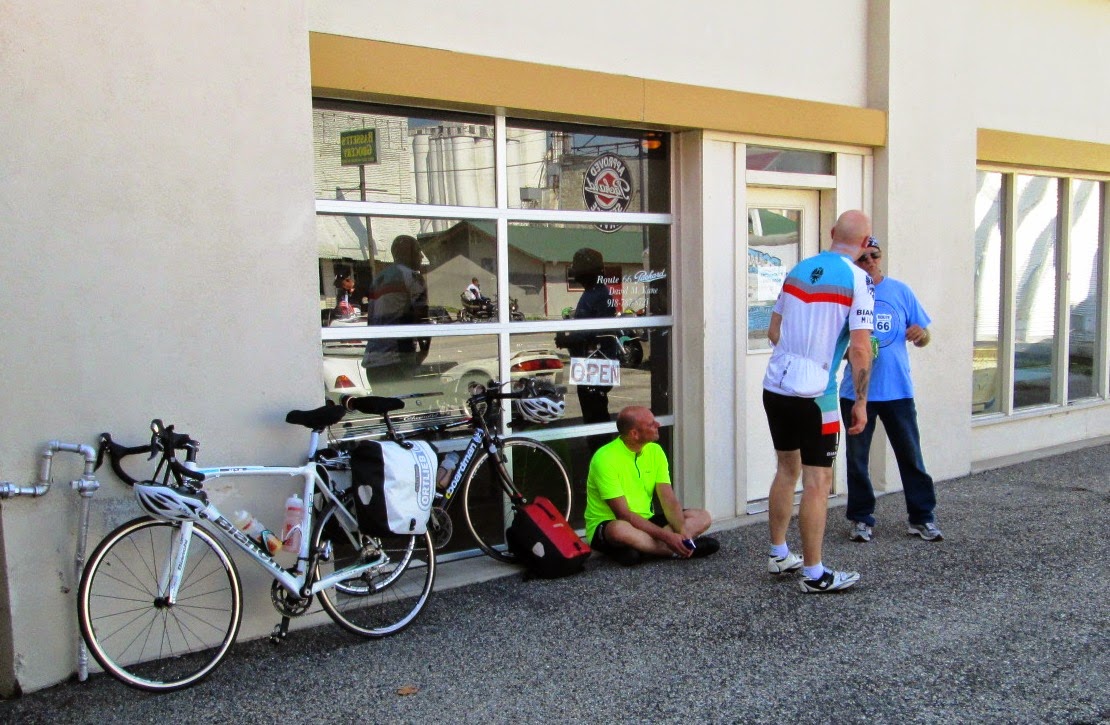 Some cross-country bicyclists from Manchester, England. . . 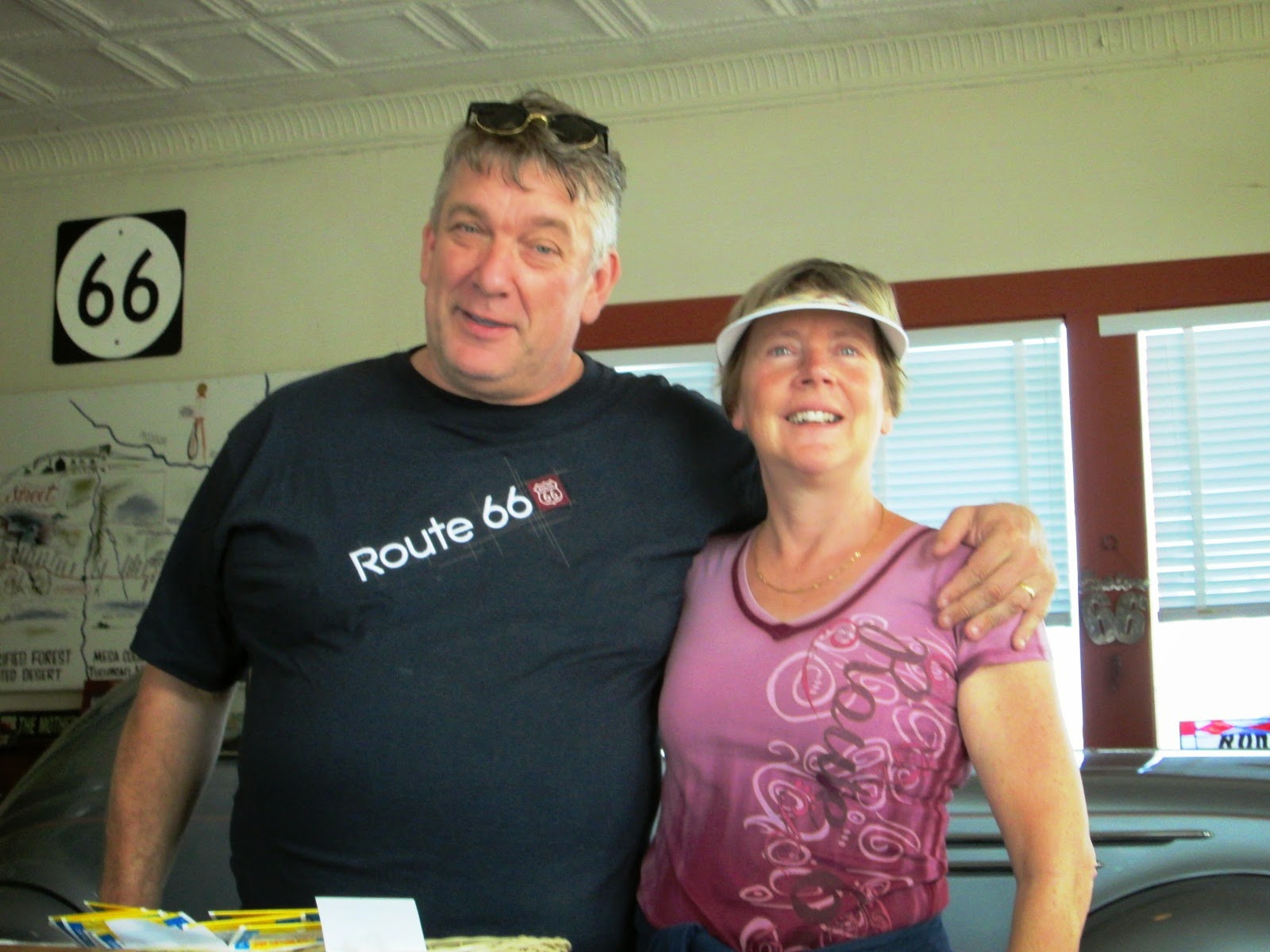 . . . and this couple from the Netherlands.

On the way to Afton, we were passed by Ron "Tattoo Man" Jones, driving like a bat out of Hell on his Stallion.  We managed to catch this photo after he passed us and continued to pass another car and then a semi.  I do wish he'd slow down!   We'd like to keep him around for a while. He said he was going over 100 mph when he passed us.