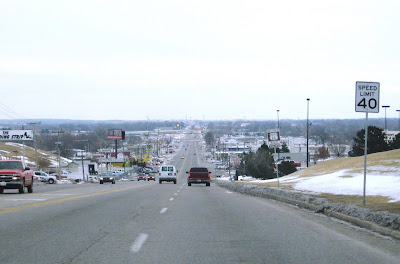 Instead of going to Afton Station today (still bad roads and closed schools up there), I decided to cruise Admiral Place right here in Tulsa and see if I could uncover some gems.

The other day, someone suggested to me that Route 66 folks should put more emphasis on Admiral Place. It's part of the 1926-1932 alignment, but isn't as well known as 11th St ., which runs parallel to it on the east side of the city. In my own opinion, there are a couple of reasons for this. For one thing, it's not very picturesque. In fact, it's pretty darn ugly. It's a strip of run-down stores and motels, and interspersed with fast food joints. At first glance, it would seem that there wasn't anything left of value there from the golden age of Route 66 in Tulsa. Also, it's just not that well-known, either to Tulsans or to Route 66 fans. But it must be remembered that Tulsa is also known as the Art Deco capital of the U.S., and thus there was a time in our history when even the smaller, insignificant buildings in town were built with touches of the deco or craftsman style. 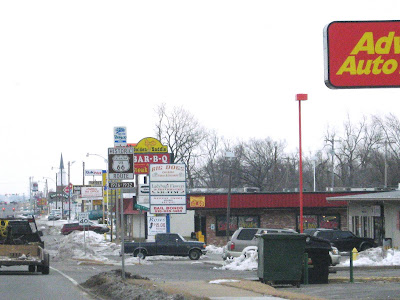 My mission was to drive slowly and look for what might be left of significance on Admiral Place. I admit I wasn't very successful. There really weren't any gems. And yet there were a few structures with architectural elements, and of course there were quite a few "ruins" of the old motels that once were the lifeblood of the road. Here are a few pictures I snapped. Please remember that it was a gray, cold, rather dark day. 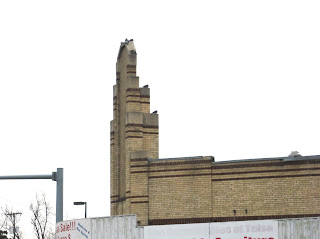 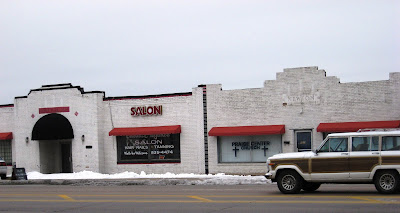 The Newton Building, built in 1934 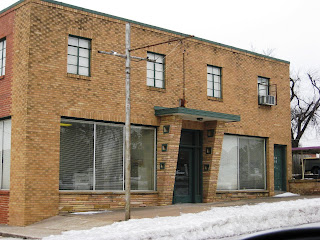 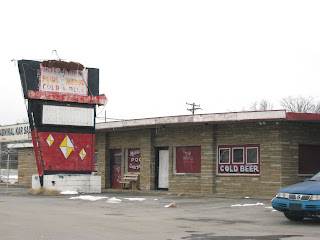 Remains of a sign, and the vertical stone so popular in the '20s 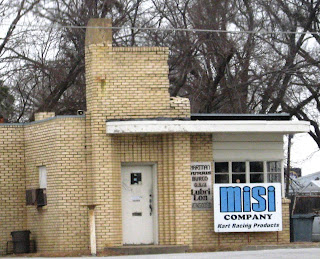 More light brick and decorative detail, some crumbling on the tower 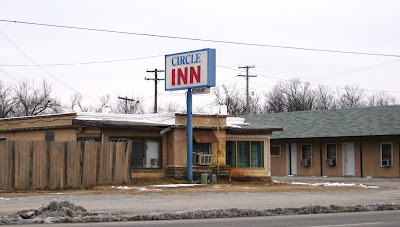 The Circle Inn is closed and deteriorating. 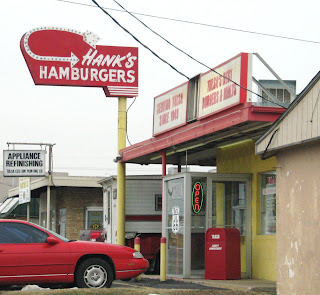 That's a mere fraction of interesting detail on Admiral Place. They don't jump out at you -- you must seek them out yourself.

MMM, Hanks sure sounds great!! Will have to check it out on the next visit!!

Hank's is a great burger joint, one of the best in the city. The homemade peanut butter balls there are every bit as good, too.

I confess I have a soft spot in my heart for the Great American Flea Market on Admiral. It's funky, and it's a paradise for hunters of bargains and weirdness. There's no place quite like it.

Along 23rd street in Oklahoma City, part of 66, there's still a lot of interesting, old architecture that's going to waste.