It seems like Easter Day is a good time to observe that the bunny who lives between our two auto showrooms at Afton Station has now apparently become three!    When Ron M. went back there to take a photo of the one, he found three.   He was only able to get two of them to sit still for a photo, but here they are.  Is this becoming the western extension of Rich Henry's famous Route 66 Rabbit Ranch?  No, we could never beat him in quantity or quality of bunnies, although ours are mighty cute.  Happy Easter. 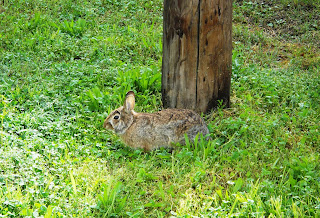 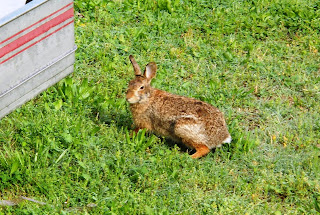 Besides rabbits, we also had human visitors today.  A couple from Kineton Warwick, England were the only foreign folks who visited, and a couple from Van Buren, AR were the only out-of-staters.  The rest were from Ponca City, Foyil, Lenapah, and Ketchum Ok.   This fellow from Foyil was lucky enough (or unlucky enough, depending on how you look at it) to win a $50,000 custom motorcycle from the renowned Orange County Choppers. Now, he wishes to sell it in order to pay the taxes, since he already has a nice motorcycle.  If anyone is interested, I have the information. 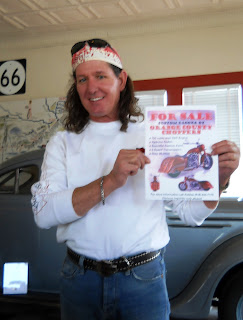 It appears that three new barbecue places have opened or will open on Route 66 between Tulsa and Afton.  All of them have "Route 66" in their names, which I think is wonderful!   In Chelsea, it's Ruben's Route 66 Barbecue cart, which is permanently installed behind the antiques/flea market in the center of town. 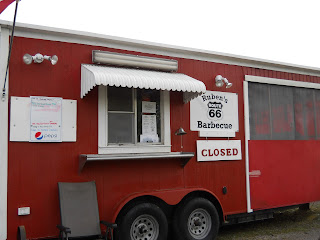 In Vinita, we discovered what appears to be the reopening of a restaurant called Roadhouse that used to be off Route 66 on the lake.  Now, it's called 66 Roadhouse and is close to downtown Vinita.  Steaks and barbecue are the specialties.  I'm not sure if it's open quite yet.  It appears to be under construction. 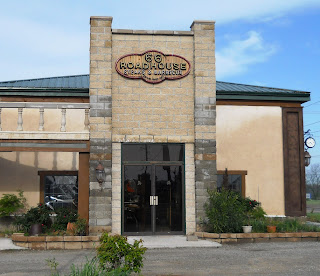 In Afton, there's the old convenience store which is being restored somewhat (the black paint job is quite awful, but we can hope it's just primer) and will be No Where On 66 Barbecue and Beer.  It looks like it's far from being ready for business, but it will be nice to have a new place to eat in Afton. 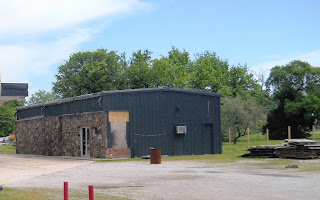