The Faces of Determination

I guess it's determination that motivates these long-distance runners. I can't even imagine it, since I'm so far removed from any such accomplishments. I was in awe for most of the morning as the runners arrived at Afton Station one by one, each runner with a small retinue of support crew members in cars. By the time they'd arrived in Afton, they had run about half of their trek between Los Angeles and New York City. There were 14 of them left on Day 38 of 70. They will go 3200 miles before they finish. Today was a medium length day, only 40.8 miles. From Big Cabin, OK to Miami, OK, with Afton Station a waypoint. We had cold drinks and energy bars for the runners and their crew.

I found it interesting, and perhaps enlightening, that none of the runners were from the USA. They came from Japan, France, Germany, England, and several other countries that I seem to have forgotten in all the excitement. Are Americans just too lazy? Hmm... something to ponder. All of the participants were incredibly friendly and interesting. Some spoke a little English, some none. What an ordeal, to run across an unfamiliar country in blazing heat and only a moderate ability to communicate.

I believe they appreciated our little stop, because they ate, drank, bought a good number of small souvenirs, and left several gifts for us. Ron M., Tattoo Man, Marly, Betty,and Jon Edwards were there to help. A few Afton citizens came to watch. It was quite a morning.

Here are some of the faces of determination: 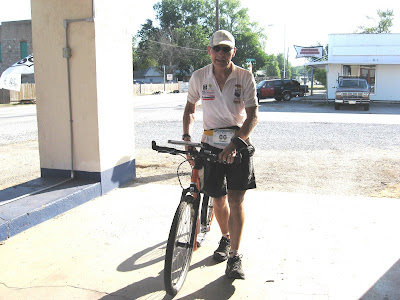 Peter Bartel from Germany and his oversized push scooter. This is NOT a bicycle and has no seat or gears. He pushes with his foot. It isn't exactly running, but he can be forgiven. He's SEVENTY years old! 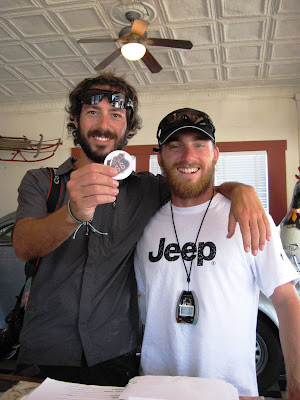 Two Italians. One a runner and one a photographer. His photos of the race can be seen atJeep ® People A challenging project 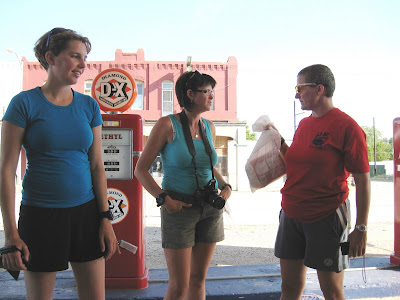 French women. Laure, the head of the race committee, is on the right. 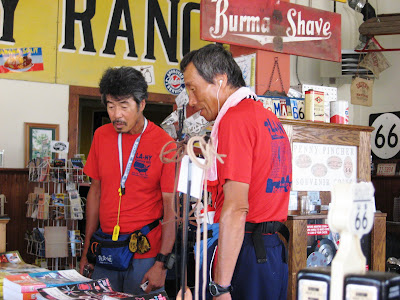 Part of the Japanese contingent. 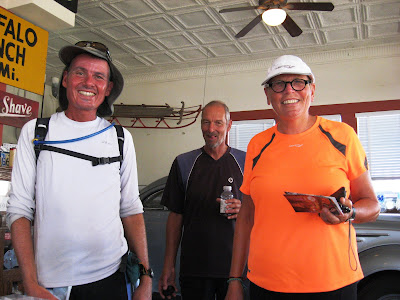 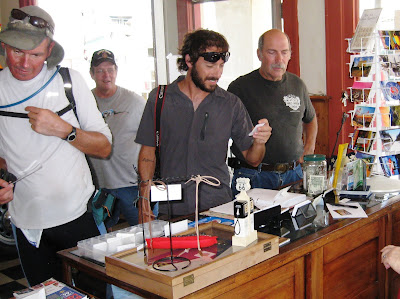 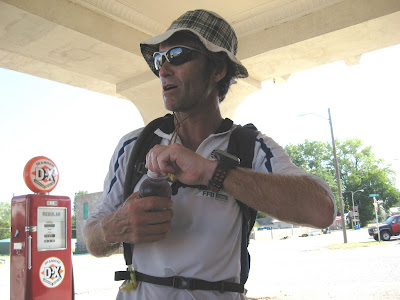 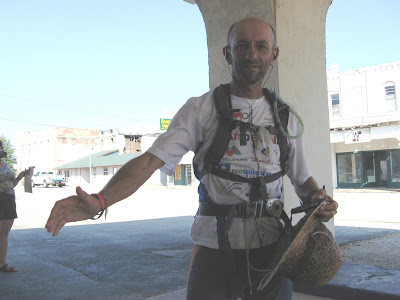 Today was also the day we celebrated Ron M.'s birthday, which was actually yesterday. The party was a bit disjointed, what with all the chaos of the morning, but we did manage to consume a few colorful cupcakes and sing him a most awful version of "Happy Birthday". 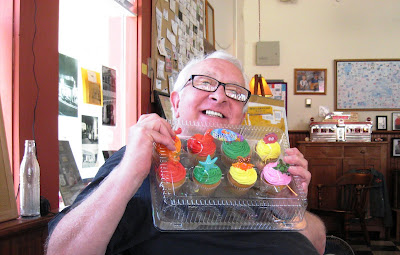 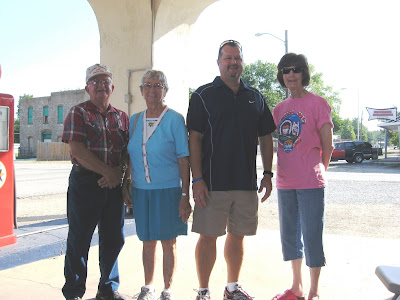 Betty W. and some Afton friends.
Posted by Laurel at 5:44 PM

Didn't you have an exciting day at the Station?!! Thanks for the link to Alex and Mauro's blog. It's fascinating, as is the race itself. 50+ miles a day of running in this heat!! Good grief, I think I'm suffering just walking 50 steps from my air conditioned car to an air conditioned store.

This is just the best story ever. I can't believe the 70 year old man and his non-bike. Thanks for sharing this. May I share a link to your blog on Twitter.

I like to run, but I'm just not a marathoner.

The surgery on my arm went okay. The tendon was reattached. But the ligament, the doctor reanchored it, but said we'll need to wait and see if it'll heal. Prayers will be much appretiated.

That sounds like no small accident! As I said in a previous comment, I'm thinking about you and hoping for your continued recuperation so that eventually I'll see you riding up to Afton Station with a big smile on your face.