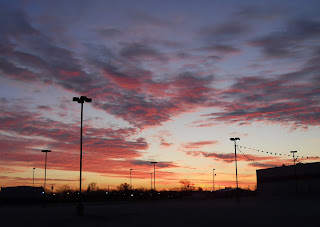 It wasn't a busy day at Afton Station today, but it went quite quickly.  As I was leaving, I realized that unless I get a special request, this will be the last time I'm there until after the New Year.  I don't foresee having enough time to drive up there in the next two weeks, unless the urge is just too great for me to resist (or if someone politely begs...LOL).

Marly (who is back from a 4-day trip to N. Carolina), Betty (recovered from pneumonia) and Phil were all present at various times today.  Ron M., due to severe back problems, wasn't.  There were only three guests today, but I was so pleased with all of them.  Early this morning, a cute young couple from Oxford, England arrived in their rented RV.   The lucky Brits have six whole weeks to tour the U.S.  They've already been to Florida and NYC, and are now heading across Route 66.  Along the way, they plan to visit the Grand Canyon and Las Vegas, then finish Route 66 and drive up the coast to San Francisco.  On these locally drab and cold days, that sounds like paradise to me!

Later in the day, when just Betty and I were sitting and chatting, the Amazing Blackford entered the Station! I do believe he's our first magician, and Betty and I weren't shy about asking him to perform a few tricks.  He did a rope trick, a couple of card tricks, and an illusion involving a string of colored lights that had both of us amazed indeed!  Amazing Blackford is now living in Grove, OK but as his business card advises, he once lived and performed in Hawaii. 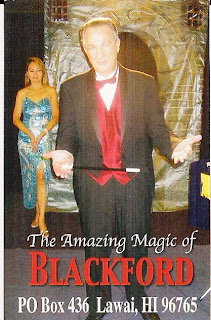 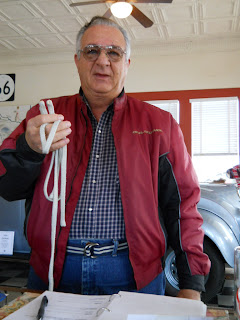 I'll continue to blog as I find interesting things to babble about, even though I won't be at Afton Station.  So please don't give up on me!