Signs of the Times

Sapulpa, Oklahoma is becoming an interesting, vital Route 66 must-stop along the road.   It's always been a good city for Route 66 travelers, with Frankoma Pottery, Frank Gierhart's shop, an historic Main Street and a few other places to entice travelers. But recently, with the opening of two more spots, it could advance to the likes of Cuba, MO or Pontiac, IL in its devotion to the Mother Road.

On Sunday, the Oklahoma Route 66 Association held its quarterly meeting at Signs of the Times, and there were plenty of wide-eyed and excited folks as they entered the building and saw it for the first time. I was one such person.  A Sapulpa gentleman has collected and restored an enormous number of old neon signs, as well as gas station memorabilia and other eclectic items and has them on display in a huge room with a high ceiling that seems made to order for such an endeavor.  I must admit to being very jealous of his collection.  At present, it is only open as an event center, by prior appointment, but it would be nice if some day it was open to the public on a daily basis.www.signsofthetimessapulpa.com 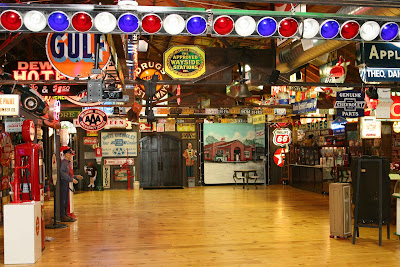 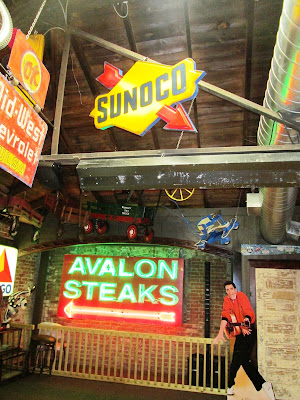 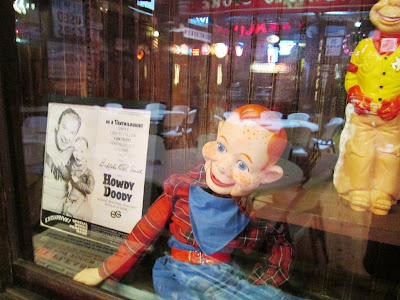 There is a very large collection of Howdy Doody memorabilia. . . 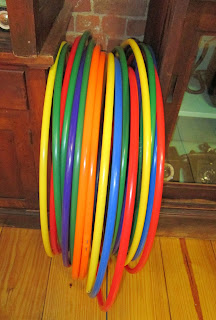 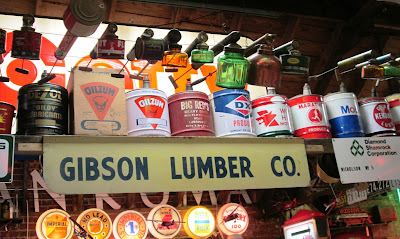 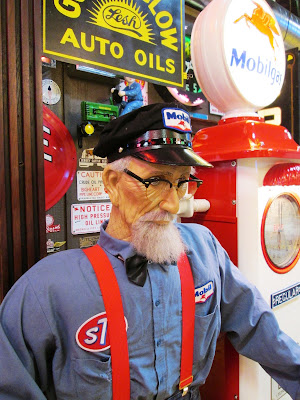 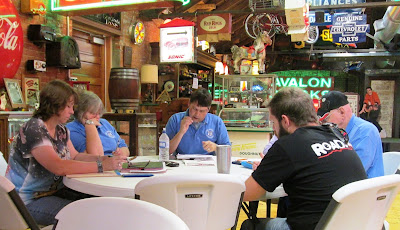 Amid a riot of signs, neon, and other diversions, the officers of the Association get down to business. . . 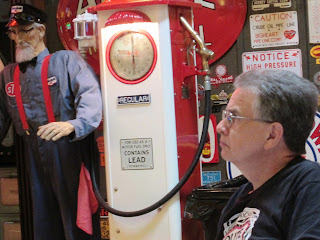 . . . although Jerry McClanahan looks like he'd rather chat with the gas station attendant than listen to the minutes from the last meeting. 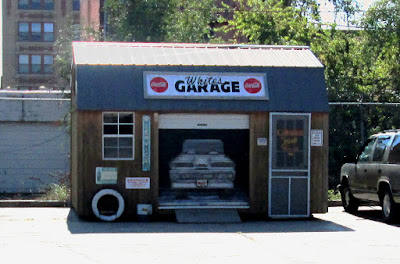 In the parking lot, an ordinary prefab garden shed has been turned into a faux "garage", with a painted-on car and everything!   Very clever!

We also got news of another project being undertaken by the city of Sapulpa, The Heart of Route 66 Auto Museum.  http://www.heartofroute66.org/  With luck, by the end of the year it will be opening, this one filled with antique automobiles which, according to the literature, will be constantly changing and evolving.  We can't wait to see that one! 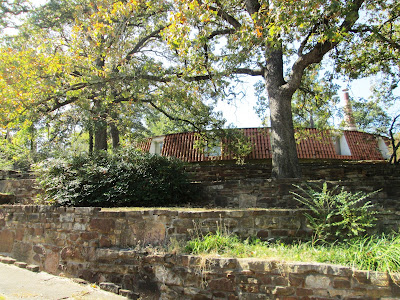 We had heard earlier in the week that one of the two elderly sisters who owned Frankoma Pottery, the iconic ceramics plant that turned out collectible items for decades, had died. We drove past her house, a well-known quirky domicile made out of...you guessed it... Frankoma pottery!   It isn't easy to get a photo of the house up close, but here's a side shot from the street.  The actual pottery plant closed its doors in 2010, a big loss for the city of Sapulpa.  The Frank home was built on a wooded hillside in 1955 and was designed by architect Bruce Goff, a protege of Frank Lloyd Wright. 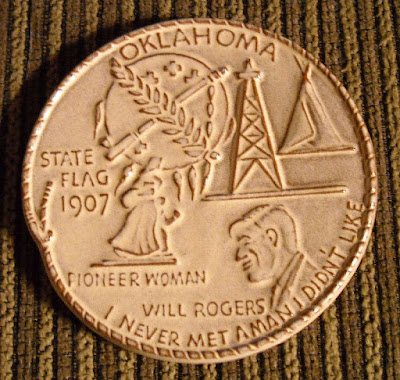 It was a fine Fall day in Sapulpa on Sunday, and we enjoyed every bit of it.

How to Play Baccarat - FEBCASINO
The game kadangpintar is based on a single number, so every four or 인카지노 more bets you place is dealt out 바카라 to the dealer. If you decide to lay your bets, the first bet is a win. If