There are always a lot of interesting folks traveling Route 66, and today some of them stopped in to visit with us.  Early in the day, two couples from the Netherlands visited.  They are part of a larger group, but only these few chose to come to see us.  This group shipped their cars to the U.S. in containers for their Route 66 trip.   For instance, this couple brought their rare Nissan Murano Soft Top because it is not possible to get it repaired in the Netherlands. 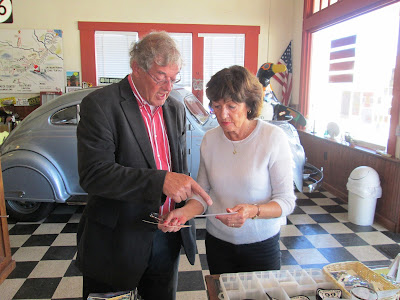 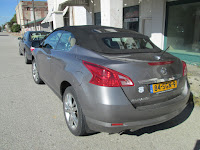 This couple brought their Bentley with them.  We don't see very many Bentleys here in Afton, so it was quite exciting.He is a lover of Packards and showed me photos of two of his from the early '50s.  Needless to say, it wasn't difficult to get him deeply interested in our collection. 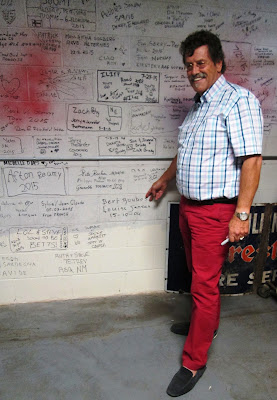 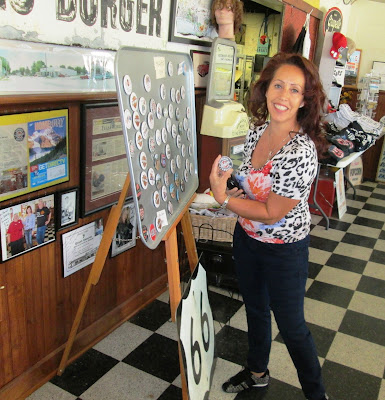 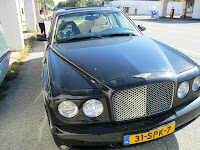 Australia was also represented in our guest book today when a nice couple from Australia came in.  They're driving a rented RV for the trip.  Here is the husband checking out the DeSoto. 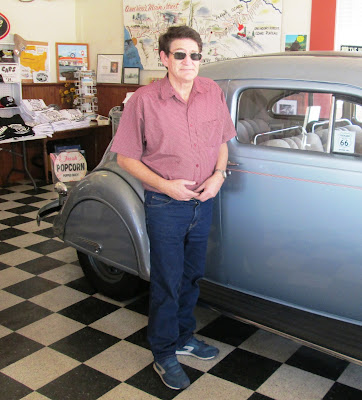 From Europe came a couple from Marseille, France, and from the U.S. came people from Tulsa, OK, and Iowa City, Iowa. 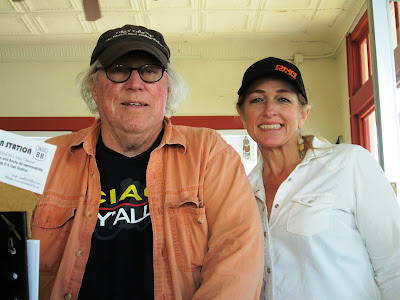 Michael Sager from Tulsa and his friend Laurel arrived toward the end of the day.  He was helpful to us back in 2004 when we coordinated the Tulsa Route 66 International Festival.  I hadn't met Laurel before, but because we share a rather rare name, we did a bit of bonding.

Back in the late '90s when we were "shopping" for a place on Route 66 to create our Packard museum, there were two similar buildings in Afton that appealed to us.  Unfortunately, the one that was on the National Historic Register was just too small for our needs so we chose the other one.  Shortly thereafter it was, for some unfathomable reason, torn down.  Since that time, the old floor has served as a sort of "park", Afton style, complete with artificial flowers and a couple of metal chairs.  So far, we have never seen anyone sit in the chairs or pay much attention to the site.  It's kind of sad 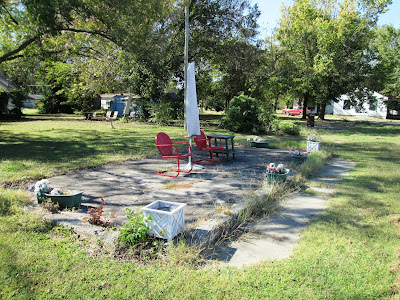