For the second year, Ron M. and I attended the Blue Tie Affair, a fund-raiser for the Blue Whale in Catoosa, OK, one of the truly iconic stops on any Route 66 trip.  The event was such fun, with perfect weather, incredible food, and nice people with whom to share it.

Molly's Landing, a great restaurant just down Route 66 from the Whale, served filet mignon (cooked to order on site!) which had been donated by Reasor's grocery, baked potatoes, salad, and bread pudding, along with a full bar. We all ate our fill and, in my case, well beyond my fill. Here are some of the folks who were at our table under a big tent. 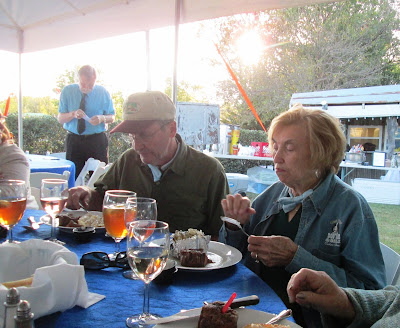 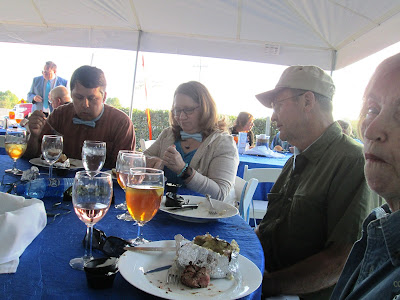 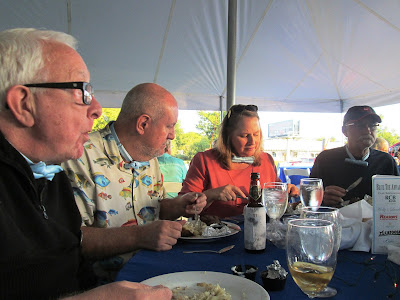 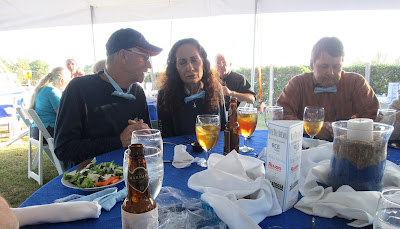 The Master of Ceremonies was Erin Christy, news anchorwoman for a local network channel. 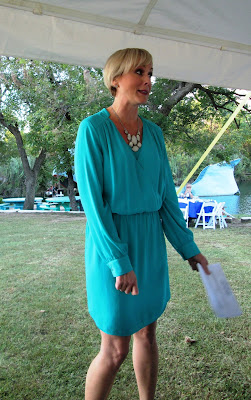 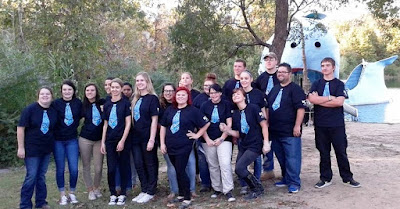 Kids from Catoosa High School were our waiters, waitresses, hosts, hostesses, and did cheerfully and carefully any jobs they were assigned.  You could tell they were having fun, too. 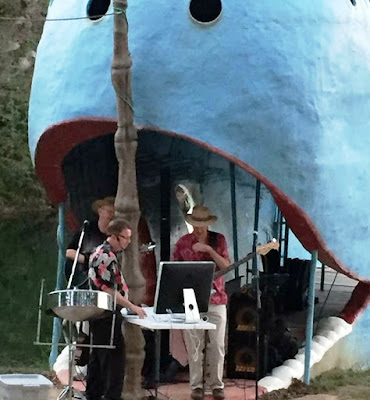 A small band played in the mouth of the Whale.  There was also a silent auction and, most exciting, announcement that a walkway was going to be built from the parking lot to the mouth of "Blue".  As a person in a wheelchair, I can attest to the fact that this is sorely needed.  Rolling over gravel and lumpy sod just doesn't work.   Bricks are being sold in order to fund it and will be embedded in the walkway.  Donors can choose to have something engraved on a brick.   Brick sales seemed to be quite lively at the dinner.  I was eager to buy one myself. 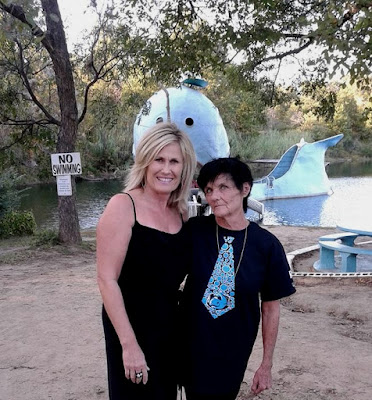 On the right is Linda Hobbs who runs the gift shop at the Blue Whale.  She is a busy lady who is committed to the preservation and welfare of Blue.   Beside her is Felicia Lanquest. 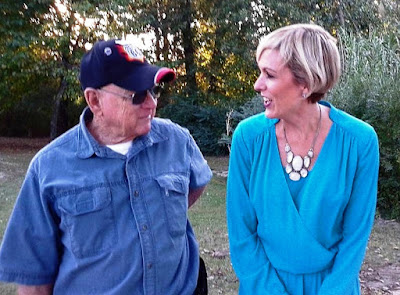 On the left (with Erin Christy) is Blaine Davis, son of the creator of the Blue Whale.   He is committed to the preservation of  Blue and all the grounds around it, a very big job for a retiree.

The City of Catoosa sponsored the event, and it was a rousing success..

Some photos "borrowed" from Linda Hobbs.