A Whale of a Morning

This week, I found out about a brand new Route 66 Fun Run sponsored by Runners World Tulsa  that would be held today, starting in downtown Tulsa and running all the way on Route 66 to the Blue Whale in Catoosa, then back to Tulsa (a distance of 32 miles).  All proceeds would go to the Blue Whale for maintenance of grounds, etc.  So, I decided to enter.  Ok, just kidding.   I'm still in rehab and still mostly in a wheelchair.  However, since this is the first year of the run, I thought it would be fun to drive out to the Whale and meet the runners as they arrived.  So, Ron M. picked me up, we got my own car, and off we went at 7:30 a.m.  I had told our friends Brad and LaSandra about the event and they met us there.   Blaine Davis, the Whale Keeper, and his friend Linda were also there to greet the runners as they came in. 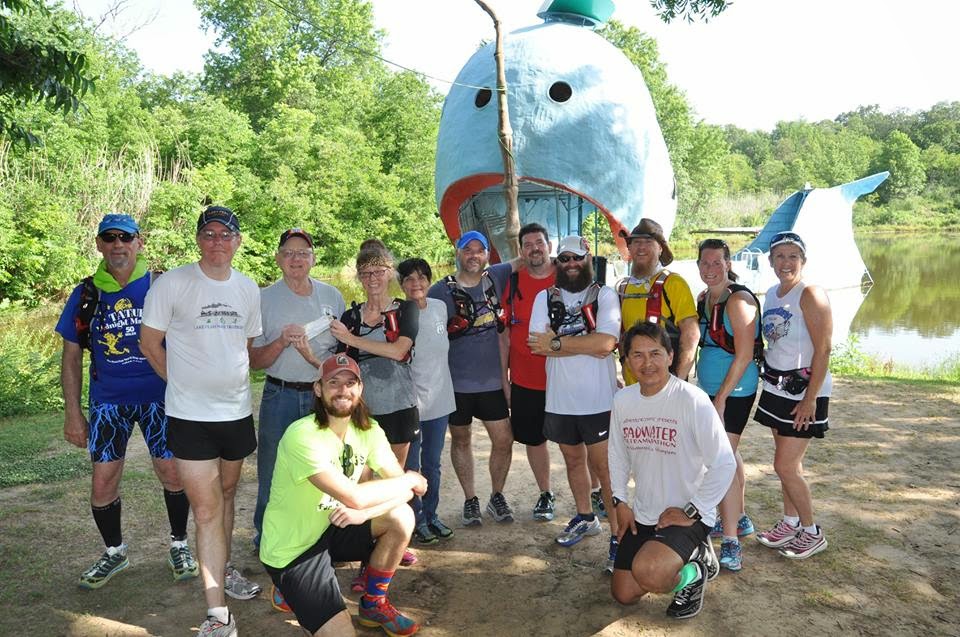 It felt so good to be out of rehab, and even though I had to go back later, the feeling of freedom (and driving my own car) was exhilarating.  Although the number of runners was small this first year, they were able to donate a sizable amount to Blue Whale upkeep. 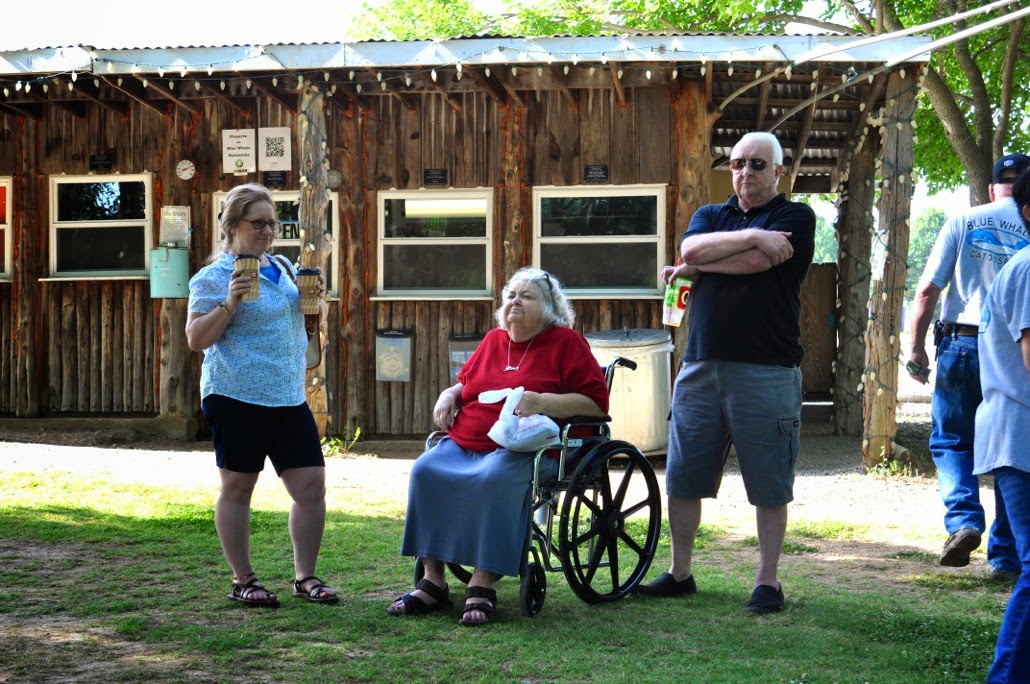 Here's proof that I was out and about today.  With me are LaSandra and Ron M.

Afterwards, Brad, LaSandra, Linda, Blaine, Ron, and I  decided to try the new Route 66 Diner in the Hard Rock Casino complex.  It was the first decent meal I've had for a month, and it was wonderful.  I don't know about other meals there, but the breakfasts were satisfyingly large and delicious.

The Blue Whale is looking for volunteers to work in their gift shop. What a fun job that would be!  If I didn't have my own place, I would love to help out there.  If anyone is interested, let me know and I'll tell the Whale folks.
Posted by Laurel at 2:40 PM

Yippee! A photo of you in the sunshine=Progress!!

What a beautiful day for the runners, too and Blue got a little help from his friends.