The big event at Afton Station today was the visit from Jason, a producer from RSTV, a public television station here in Oklahoma.  David and I were being interviewed for a show called "Around Grand Lake",  a half hour program which airs on Thursday evenings at 7 p.m.   It was a pretty standard interview despite Jason being there for over an hour.  David got most of the screen time this time, as he took Jason for a ride on the Route 66 9 ft. Highway in the '65 Impala convertible.  Mere moments after they got back to the Station, the sky opened up and we were treated to a major deluge. We need rain so badly now that we were all very pleased to see it.  Our part of the show will be cut, cut, cut until it fits into just about 5 minutes. Can't wait to see it! 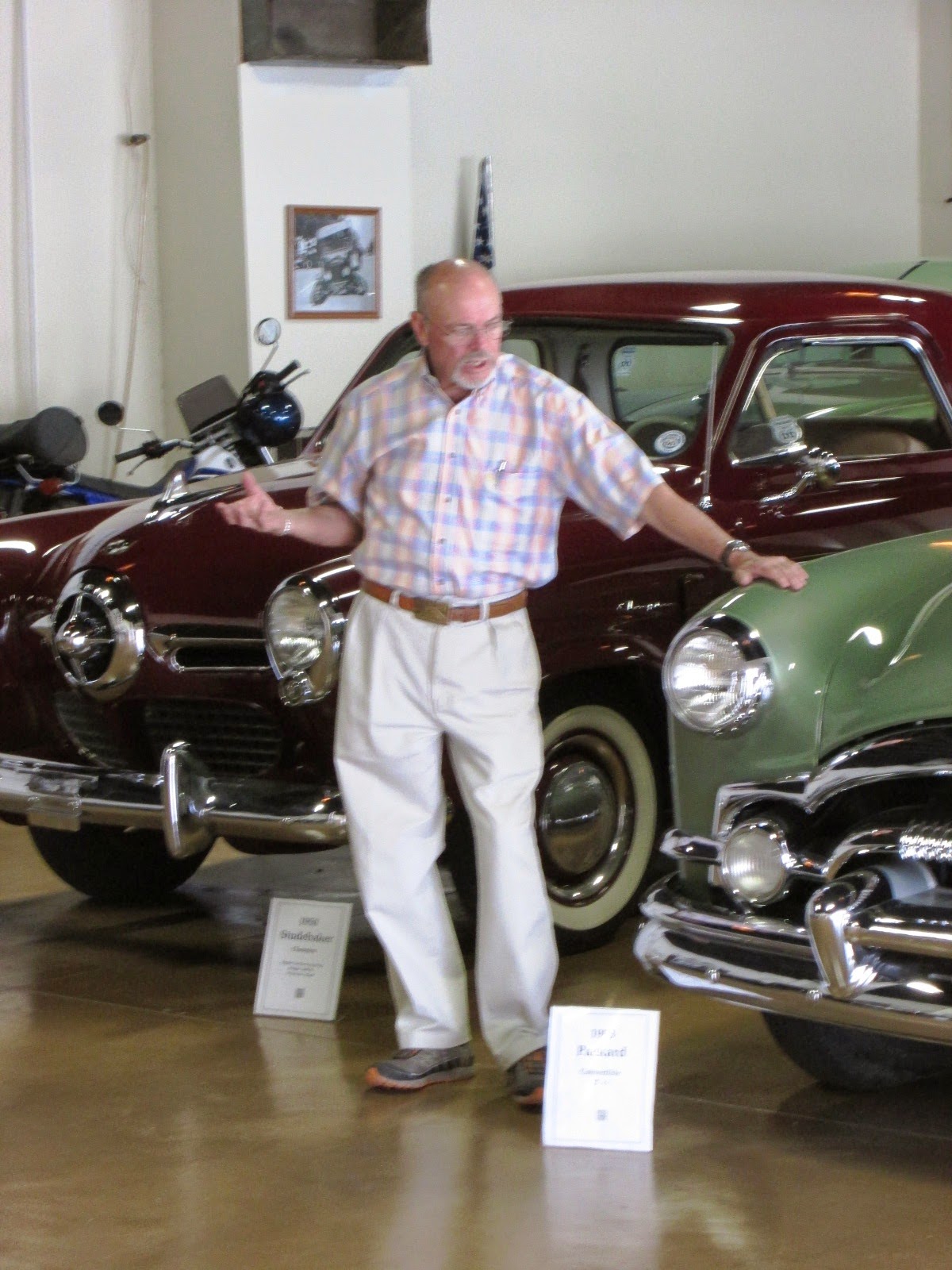 David expounding on a Packard 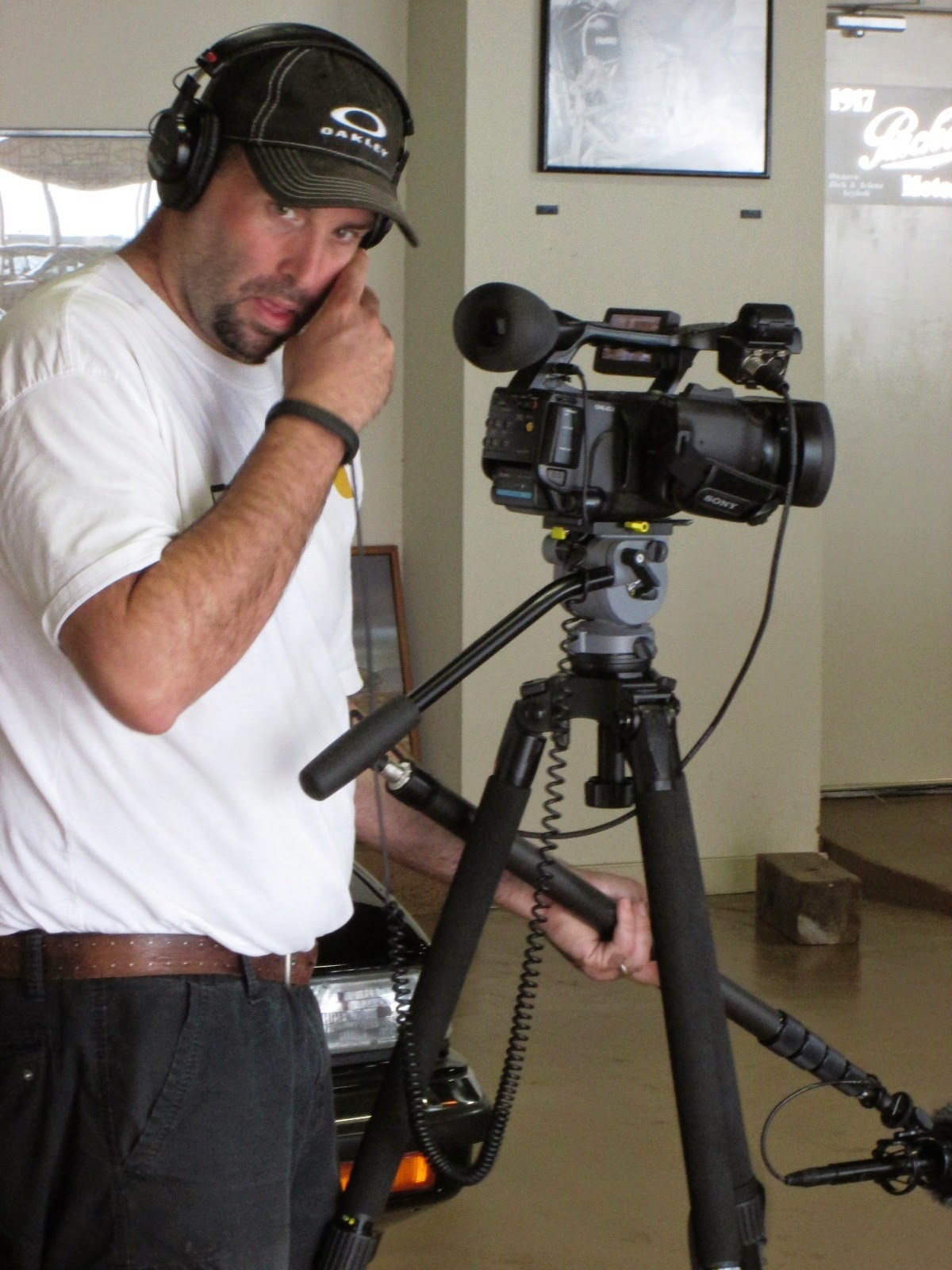 The world didn't stop just because of the video making.  We had other visitors from Dittmer MO, McKinney TX, Hunenberg See Switzerland, Byron GA, and Kansas City, MO. 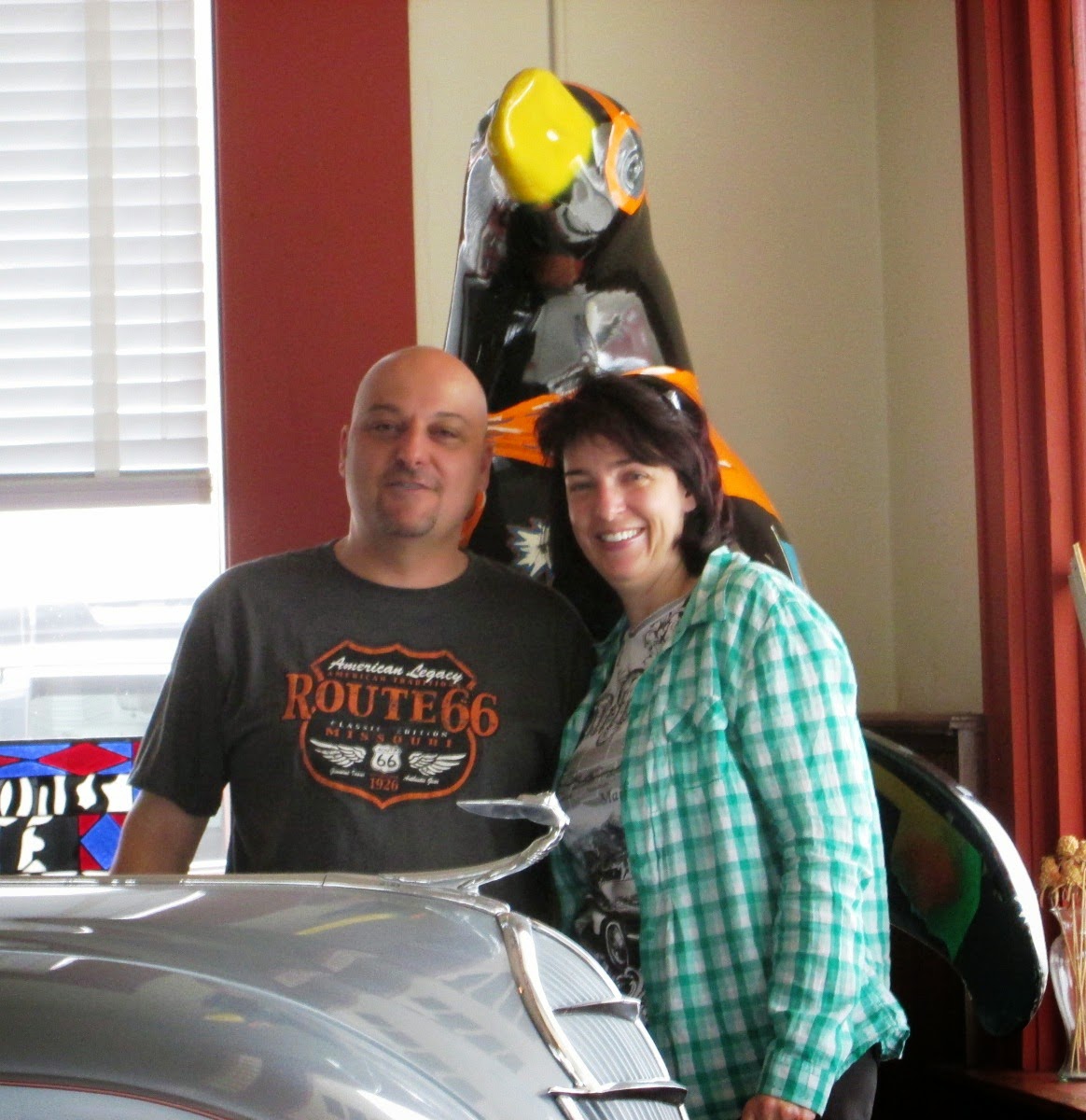 Our Swiss visitors were very impressed by Tripper, so they needed to be photographed with him! We all enjoyed these interesting and congenial travelers and hope they will return soon. 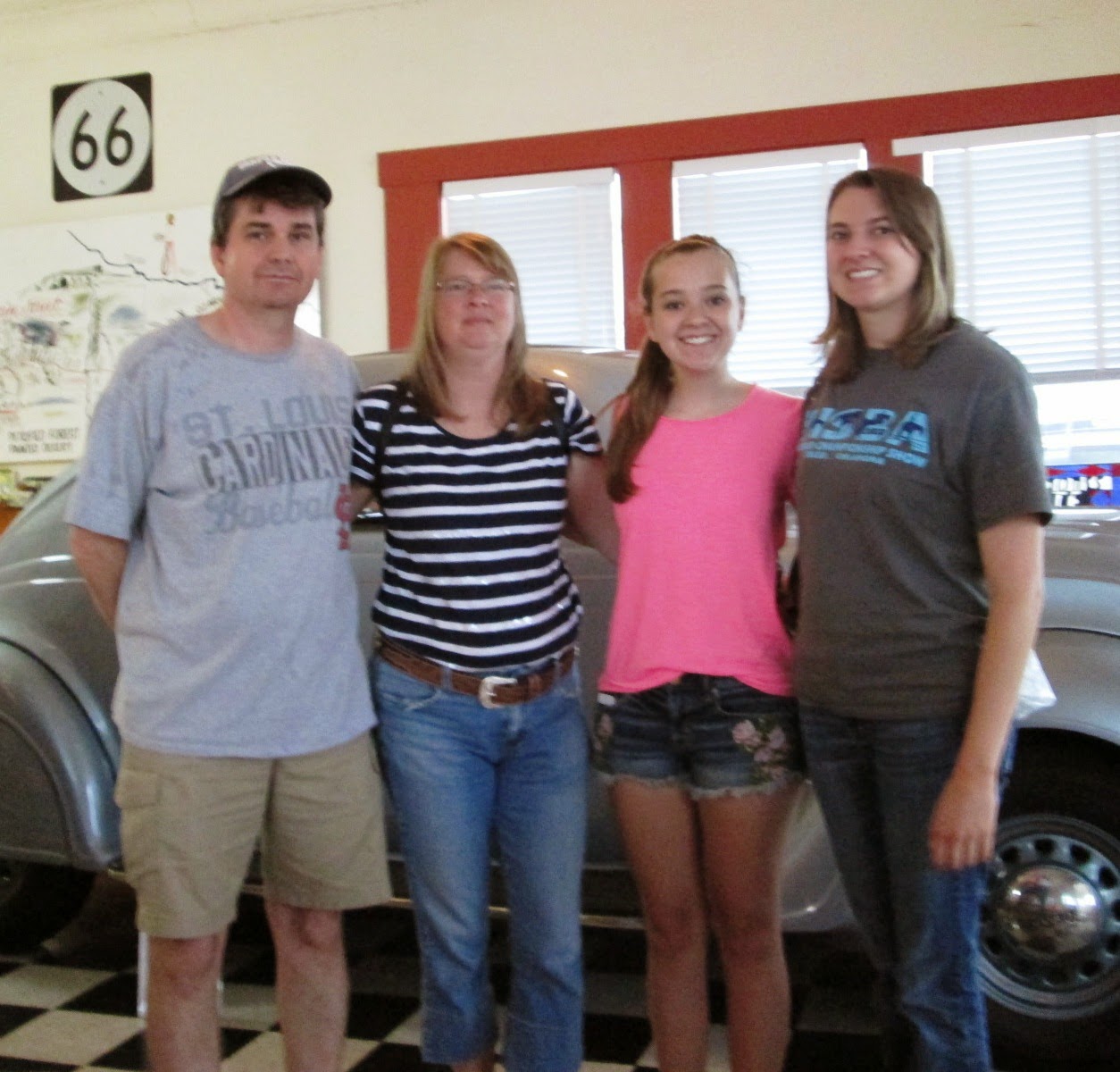 The family from McKinney, TX was in the area for the graduation of their daughter (right) from NEO in Miami. She's an equestrian and horse judge and plans to continue her education in that field in Texas. They were a very impressive family. 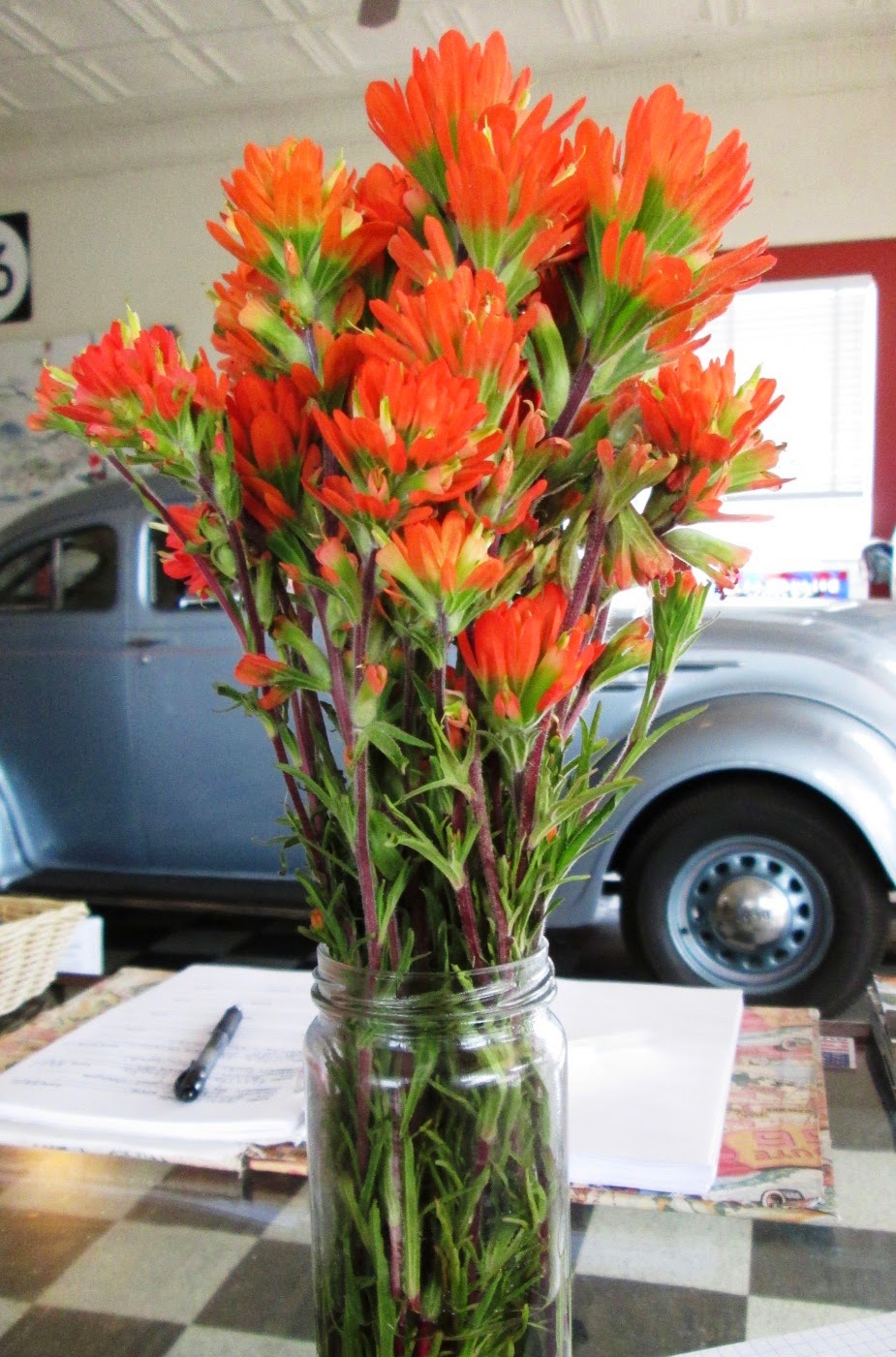 Betty stopped by and brought me more flowers.  These beauties are Indian Paint Brush.  We did a little research had found out that the flowers are edible if taken from the plants carefully, because the rest of the plant is poisonous.  You learn something new every single day at Afton Station!
Posted by Laurel at 5:28 PM

How exciting! I'll have to watch for the program somewhere. The Jordan Family used to have a nice cabin on Grand Lake back in the mid 50's- early 60's.