What's wrong with me? 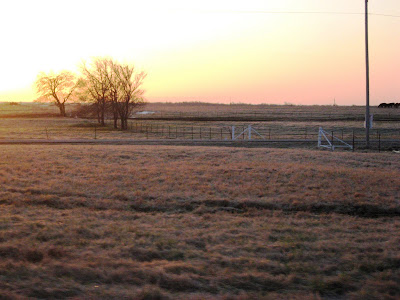 I can't stay home. It's a malady that just keeps getting worse. This morning I got in the car with the intention of driving to the printer to pick up a pack of paper. That usually takes about 20 minutes, and would have if I'd driven straight home. But of course that didn't happen. It feels like the car is pulling me along with it, as if I have no control. I follow it where it wants to go. Yesterday it took me to Choteau and Wagoner. Today, I found myself in Haskell. Before I arrived in the tiny town of Haskell however, I drove through a whole lot of countryside and was quite lost. That's just the way I like it.

I love the vast ranchlands, and I love the small farms. I love to drive across absolutely flat land on ramrod-straight roads, then suddenly find myself at the base of an "Oklahoma mountain", which is basically a little lump of tree-covered land that soars a couple of hundred feet above sea level. I love the beat up little Oklahoma towns. For some reason, most of them look much the worse for wear. There are far more picturesque small towns in other states, but I do love the battered, windblown, crumbling villages of Oklahoma that are just hanging on for dear life. I love the animals -- cows, goats, occasional horses. Mostly cows. I love the sky. Today it was cloudy and gray. That's ok. Any sky will do, as long as I can see it forever. 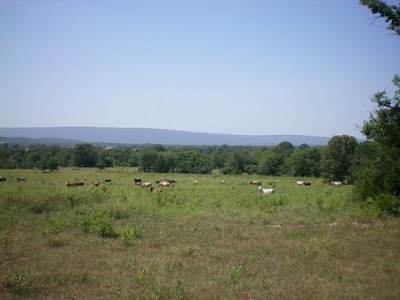 I had to battle the car in order to get home. The car wanted to keep going and going and going. . . away from home. It's only through self-restraint that I was able to wrench the steering wheel back toward Tulsa a couple of hours later.
I got home. And now, back to my project. I'd rather be out there. Am I a roadie or what?
___________
I know the formal definition of "bunghole", the opening in a wine cask through which the wine is extracted. But really! The Urban Dictionary begs to disagree. Is this appropriate? It makes me chuckle every time I drive past this Tulsa liquor store. 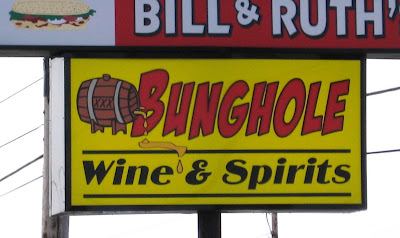 That's what happens when you name your car "Christine".

Oklahoma has several "mountain ranges", but few "mountains", which is over 2,000 feet high. However, Oklahoma does have the worlds talles hill. Cavanal Hill (sometimes spelled Cavanaugh Hill) rises 1,999 feet above sea level. Cavanal lacks one foot from becoming a mountain.

Uh oh, Trevor! Never thought of my car as being possessed. I thought it was me! But maybe it is the car.

I've been out to see that mountain that's a hill. Maybe some day there will be an upheaval of the earth that will allow poor Cavanaugh Hill to become a true mountain.