Everything in Oklahoma seems so big.   The sky is huge.  The vistas as I drive across the grazing lands are vast.  Sometimes I think I can see for a million miles.  It wasn't that way in New England, where hills, trees, and civilization seemed to crowd everything.   I love the expansiveness of the Oklahoma plains, and I particularly love the sky and the cloud formations, something I rarely saw or thought about in Connecticut.   But today I realized that the wondrous immensity of Oklahoma is beginning to make me forget to look at the small things.  Occasionally, I must remind myself to look down instead of always looking up. I often fail to appreciate those little unassuming gems that can only be seen by slowing down and making an effort to seek them out.

Yesterday morning, instead of my usual path to Afton (a later alignment of Route 66 through Chelsea) I decided to take the older alignment that goes over the amazing Pryor Creek iron bridge.  The bridge is the same age as Route 66, built in 1926.   It's situated on a rather remote part of a country road east of Chelsea, where it's almost impossible to believe that this was once the main road across America.   It spans a quiet creek which, in the summer, is entangled with vegetation on both banks, much of it stretching all the way across the stream making bridges of the trees themselves.   Yesterday, instead of driving across the iron bridge with just a quick mental nod to the remarkable fact that I was on the early Mother Road, I stopped mid-bridge and got out of the car.   With my car parked in the middle of the road (no traffic, and actually very little at any time), I looked down.  The creek was still, so I heard no babbling.  There was no wind, so I heard no rustling.   It was perfectly quiet.  The heavy vegetation obliterated much of the sun.  My main sensory appreciation was for the earthy odor of forest and damp earth, which reminded me of camping trips from my past.   It wasn't easy to leave that magic setting, but I had to move on down the road and open up the Station.   The bridge will be there for a long time, and I'll be back. 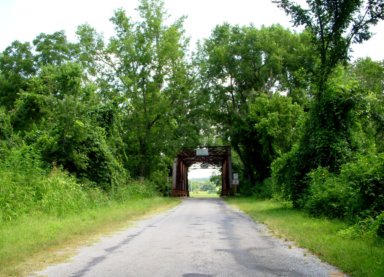 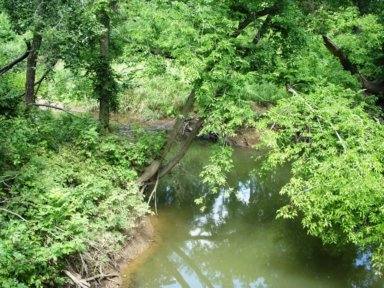 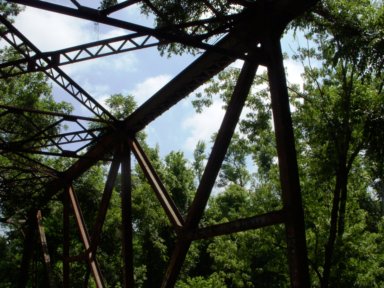 Sounds like a wonderful place, will you give me directions to the "amazing Pryor Creek iron bridge" when I stop in somewhere between August 19th & 20th. What are your hours at the station?
I have enjoyed reading your journal, keep it up Laurel.

Thanks for enjoying my journal!  I'm new to blogging and wasn't really sure I would have anyone reading it, so it feels good to know someone likes it.    I'm so glad you'll be visiting Afton in August.  I'll be there on the 19th (Tuesday) but I'm not open on the next day (Wednesday) because I have a kidney dialysis treatment in Tulsa on Mon., Wed., and Fri.   So, I hope your visit will be on Tuesday.  Where are you coming from?   My hours are 10 a.m. to 3 p.m. (short, since I live in Tulsa and the commute is 90 minutes long), but I can always stretch those hours a bit on either end, so please let me know when you think you'll be there.  I look forward to meeting you and telling you how to get to the iron bridge, unless you'd prefer I tell you in an email, if you'll send me your email address.

This place sounds wonderful!  Someday, you will take me there.

Absolutely LOVE the "looking up" photo.