It felt like winter this morning.  I wore my first heavy sweater of the season, I used my seat warmer, and I saw actual frost on the grass on the sides of Route 66.  I can't say I'm ready for this early-onset winter, but I guess it's inevitable so I'd better just quit whining and turn up the heat.  At least we didn't get SNOW like the Carolinas and Tennessee experienced today.  The reward for enduring the first cold day is the extra hour of sleep we get tomorrow morning due to the "fall back" time change.

For a while I thought that it wasn't going to be a busy day at Afton Station, but it turned out to be just fine, with a total of 34 visitors.   They all came from Oklahoma -- from Guthrie, Miami, Colcord, Ketchum, Claremore, and Tulsa. The bulk of folks came with a convoy of nice old vehicles on a pre-Christmas "Toy Run" which began in Claremore and was meandering around the area.  We were very pleased to have them stop at the Station. 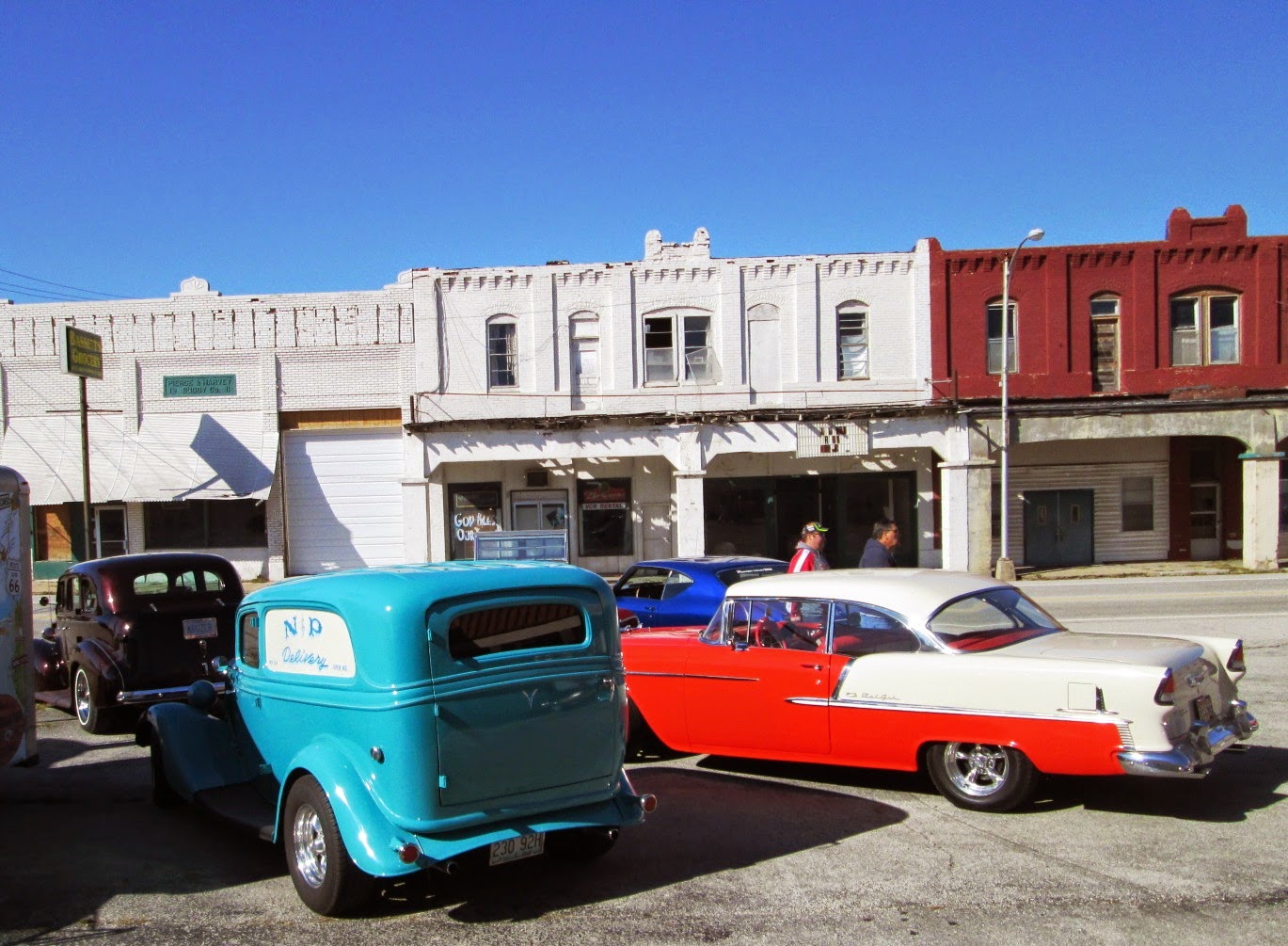 Ron M. and I were especially fond of this snappy vintage police car.   What a great resto! 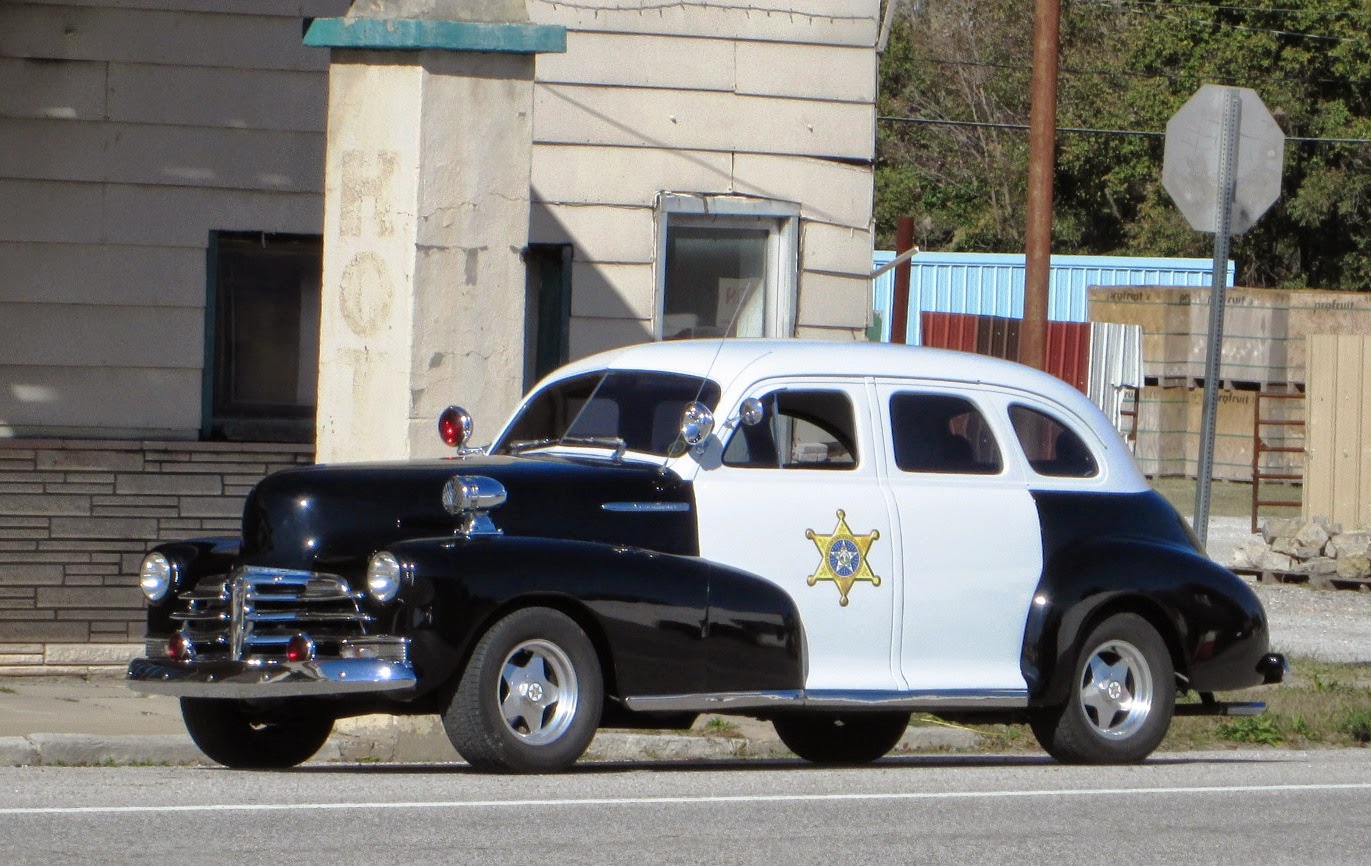 Early in the day, three very nice young men from Afton stopped in to say hello.  They even volunteered their time to the Station, and I may take them up on it when the busy season begins again in early spring.    Just prior to their arrival, Ron "Tattoo Man" Jones drove up and brought a toy from the "Cars" movie which he wanted to give to the first kid in the door.  It turned out that it was less than a half hour before these guys showed up, so one of them got the toy.  Karma! 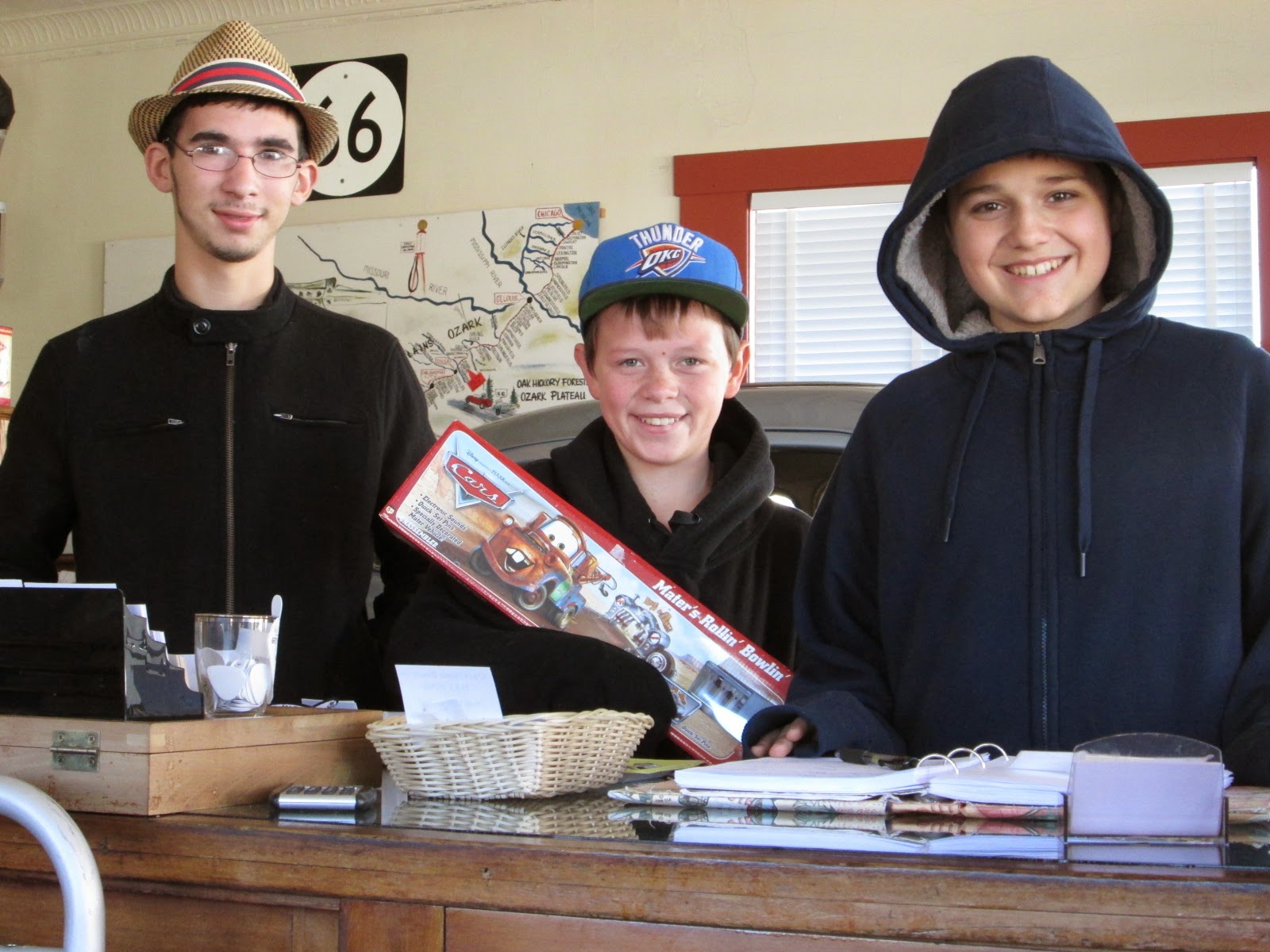 Two couples visited from Claremore in their vintage '47 cars.  Neat! 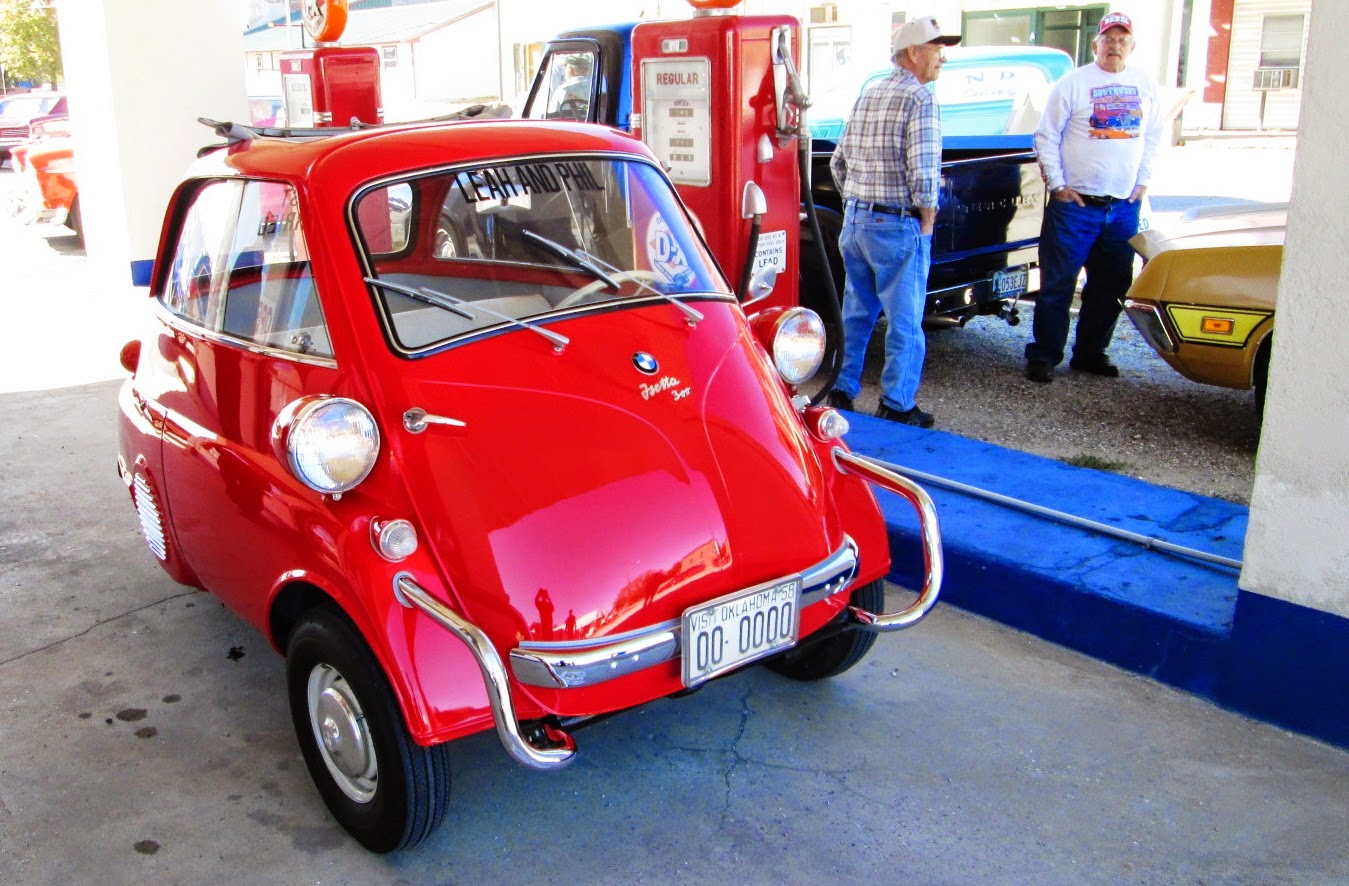 And then there was the '60s-era Isetta!  When it pulled up under our canopy I was busy doing something else and just glanced at it.  I thought it was a Smart car.  It wasn't until I saw the iconic front-opening door that I realize what it really was.  I love Isettas! A grandma and grandson who are in the area to do some deer hunting came for a visit.  No luck on bagging a deer yet, but they've only just begun.  They saw a few this morning, and I've seen a few along the roads in the past couple of days, victims of road kill.

Ron M. was with me today and both Tattoo Man and Robin stopped in for a while.  It was actually a nice, unhurried, gentle day and I hope tomorrow will be the same.