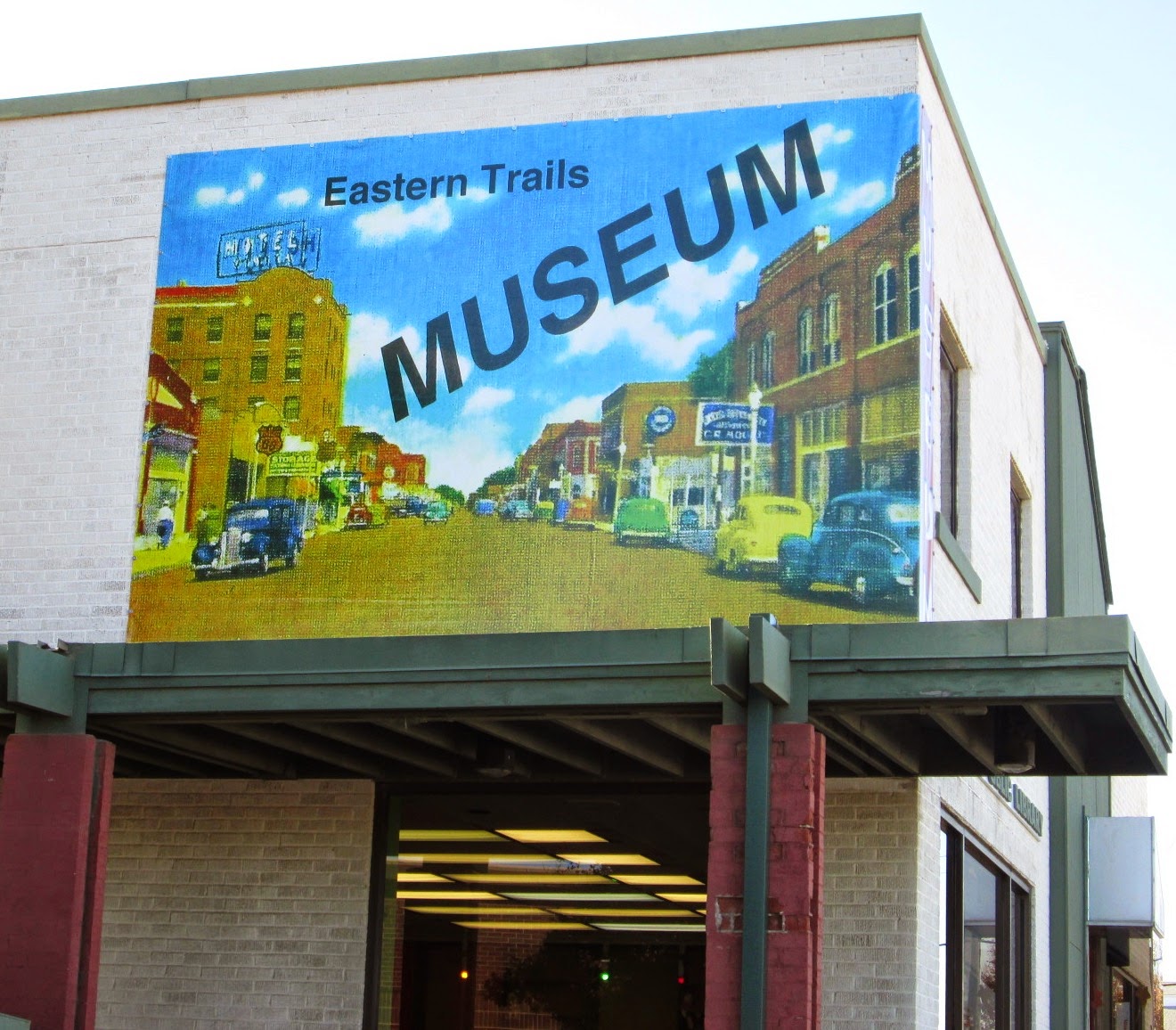 Despite it being a mere 15 miles from Afton Station, I had never made time to visit this amazing small museum in downtown Vinita.  It's less than a block off Route 66, adjoining the library.   I was invited by the Curator Kathleen to have a special tour, so Ron M. and I drove up yesterday and enjoyed an extremely pleasant 90 minutes with Kathleen, who graciously showed us around the place.  The museum can best be described as eclectic, featuring the history of Vinita through interesting items that once belonged to Vinita citizens.  Ninety-nine percent items in the museum are from Vinita.  They're nicely displayed, thanks to Kathleen, who has only been the curator for a bit over a year.  Here are some photo of a few of the unique displays. 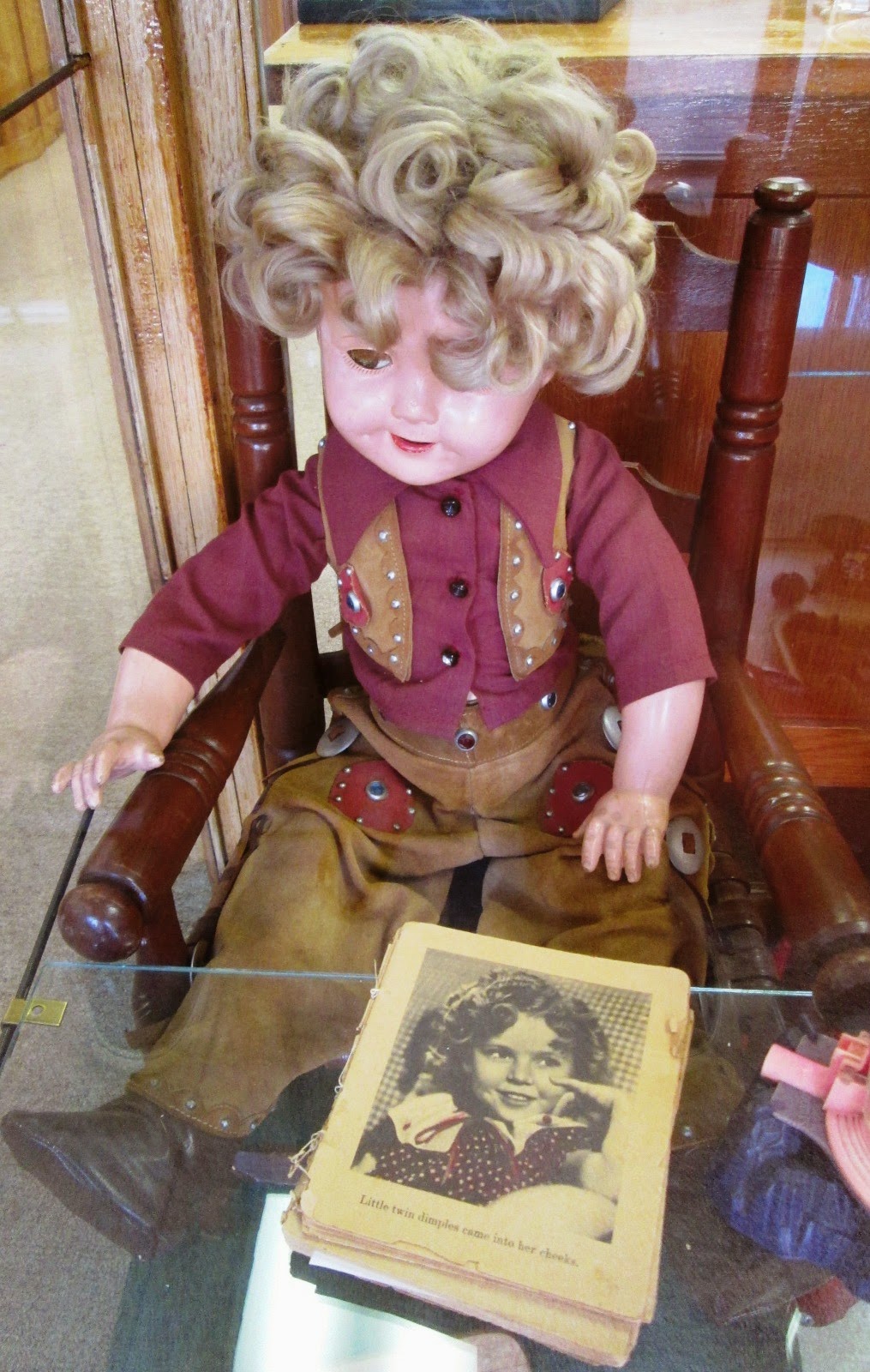 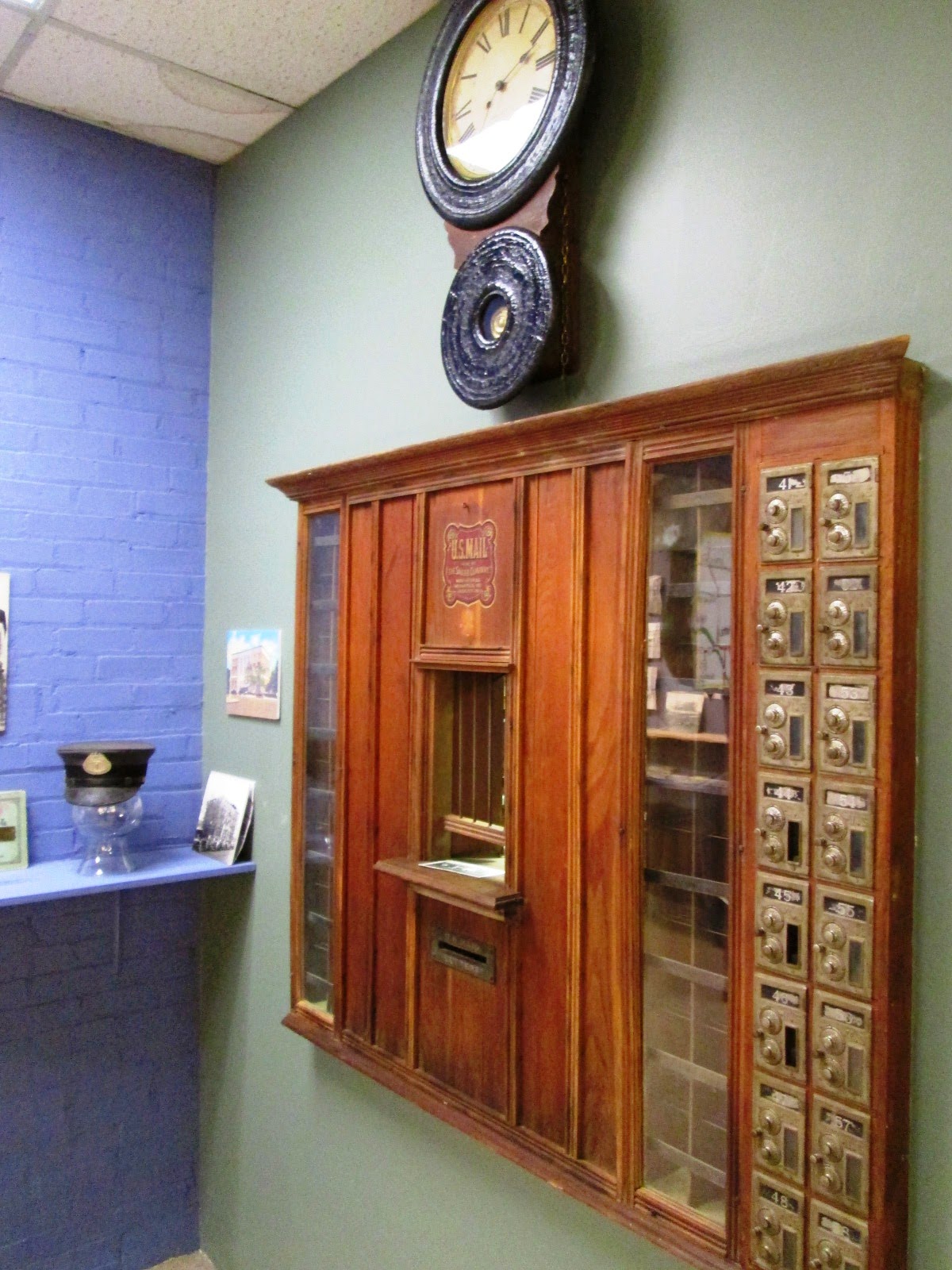 The re-creation of a Vinita lawyer's office. 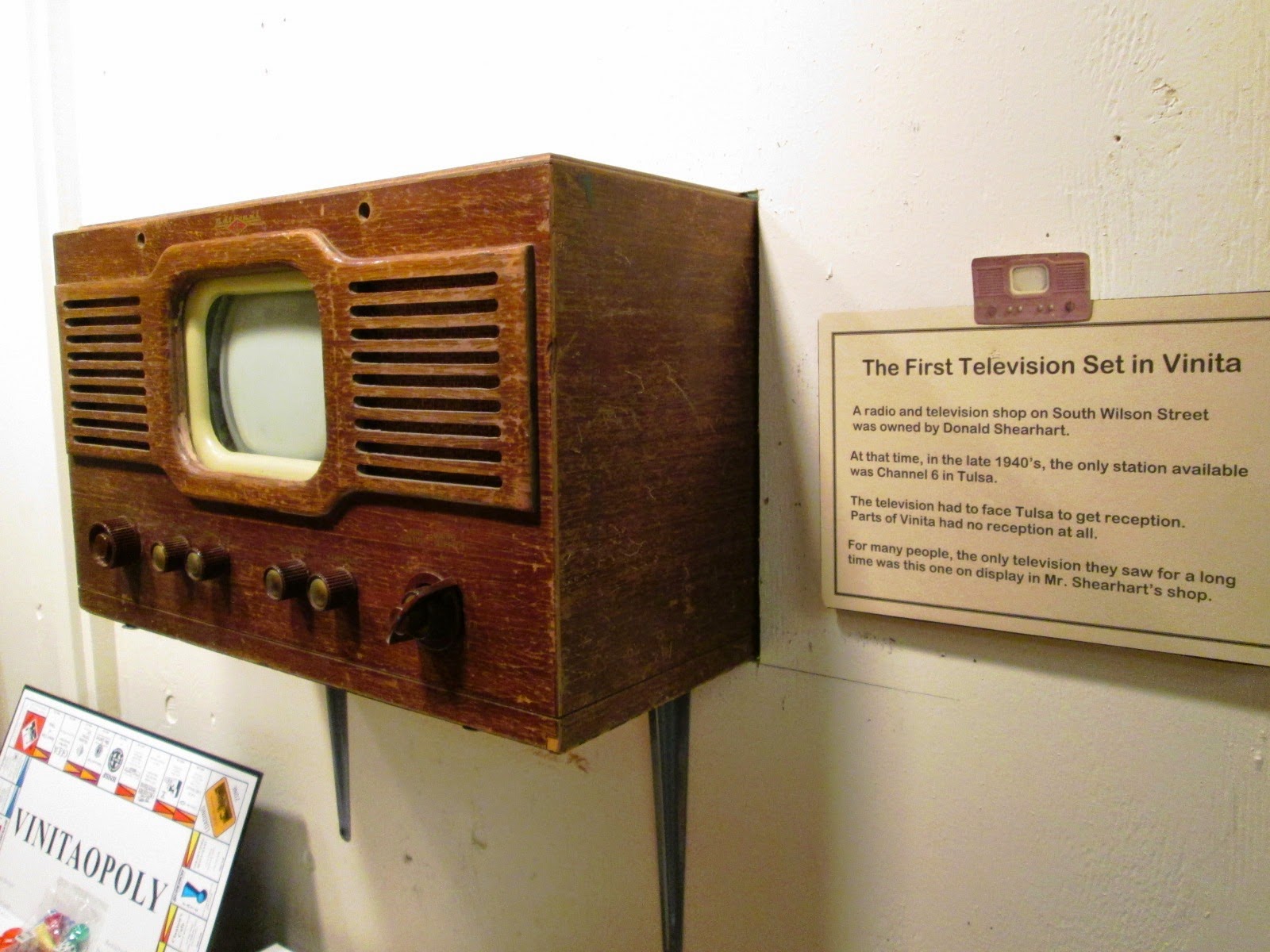 Probably the most eye-catching display is this televisoin, "the first one in Vinita".   It's only a little larger than a radio and the screen is a mere 10 diagonal inches!   Has anyone ever seen one like this before? Neither Ron, Kathleen, or I had.  I'd love to know if anyone else has experience with this mini- TV. 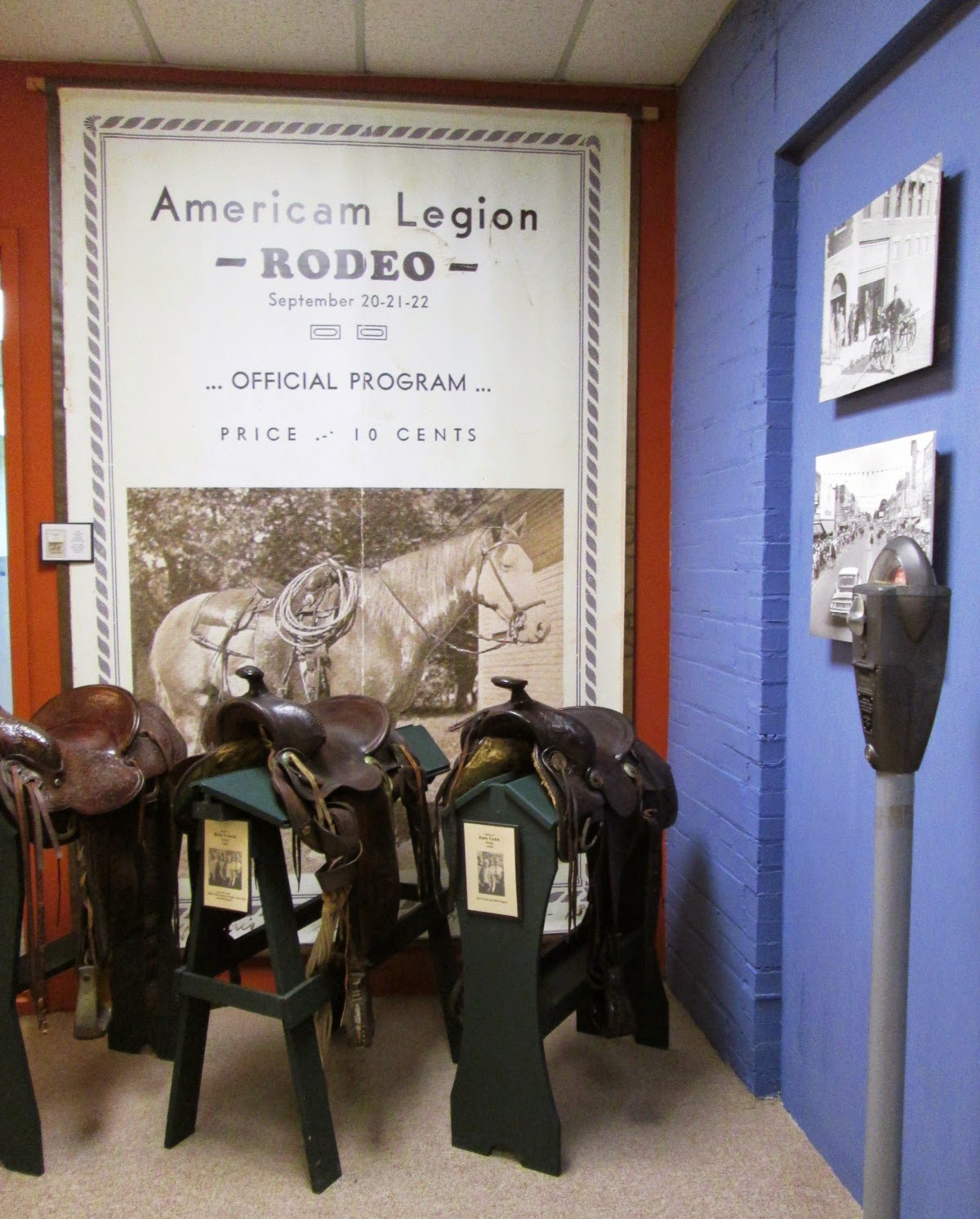 T he rodeo in Vinita has been going on for several generations.  It is now called the Will  Rogers Rodeo and still draws big crowds every year.  Here are some saddles used by Will Rogers' friends in past rodeos. Also notice the parking meter which once graced the streets of the town.  There is no longer paid parking in Vinita, and Kathleen said that kids who tour the museum are fascinated by the meter. 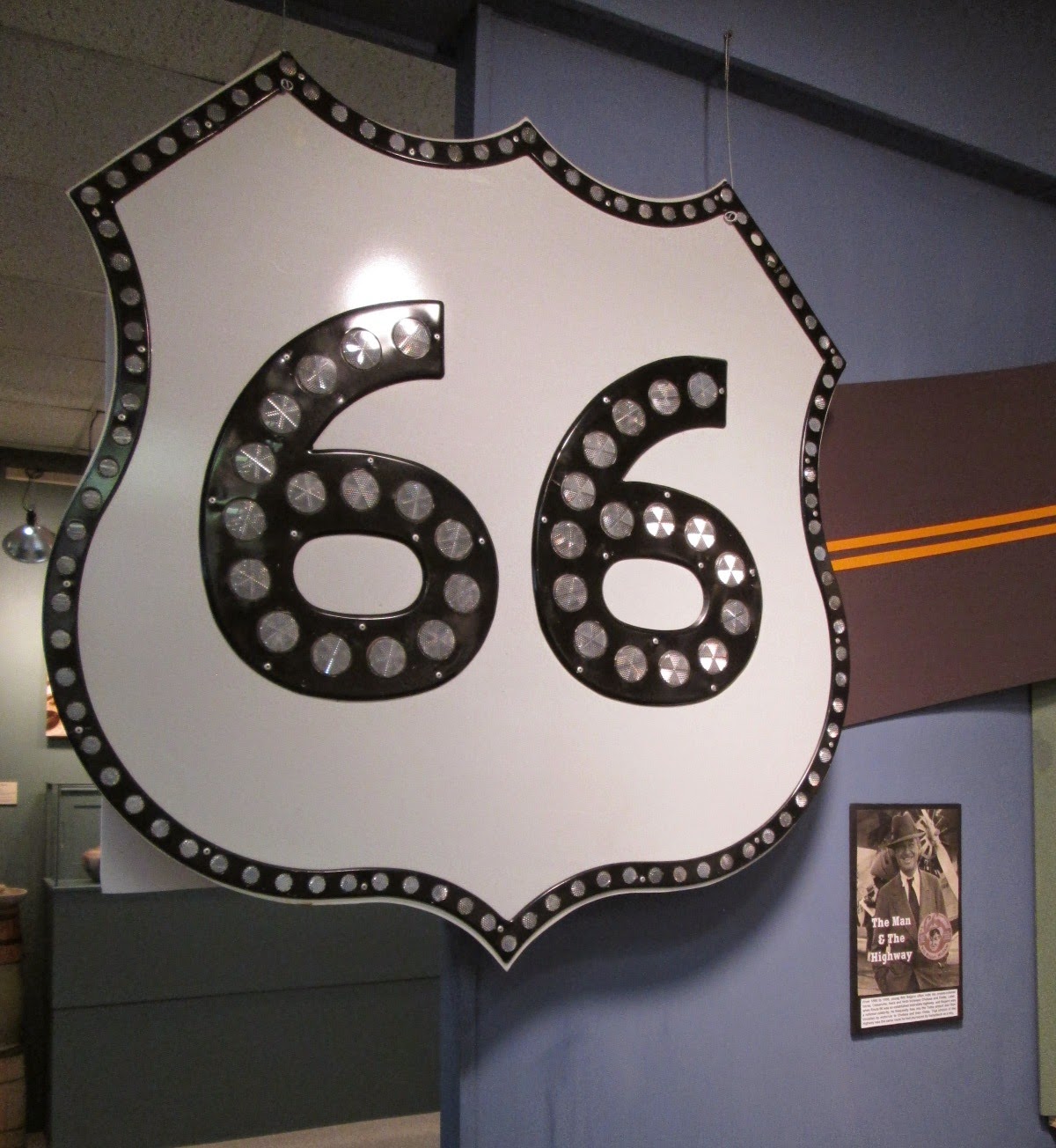 And of course there is a salute to Route 66  in the form of this large porcelain shield. 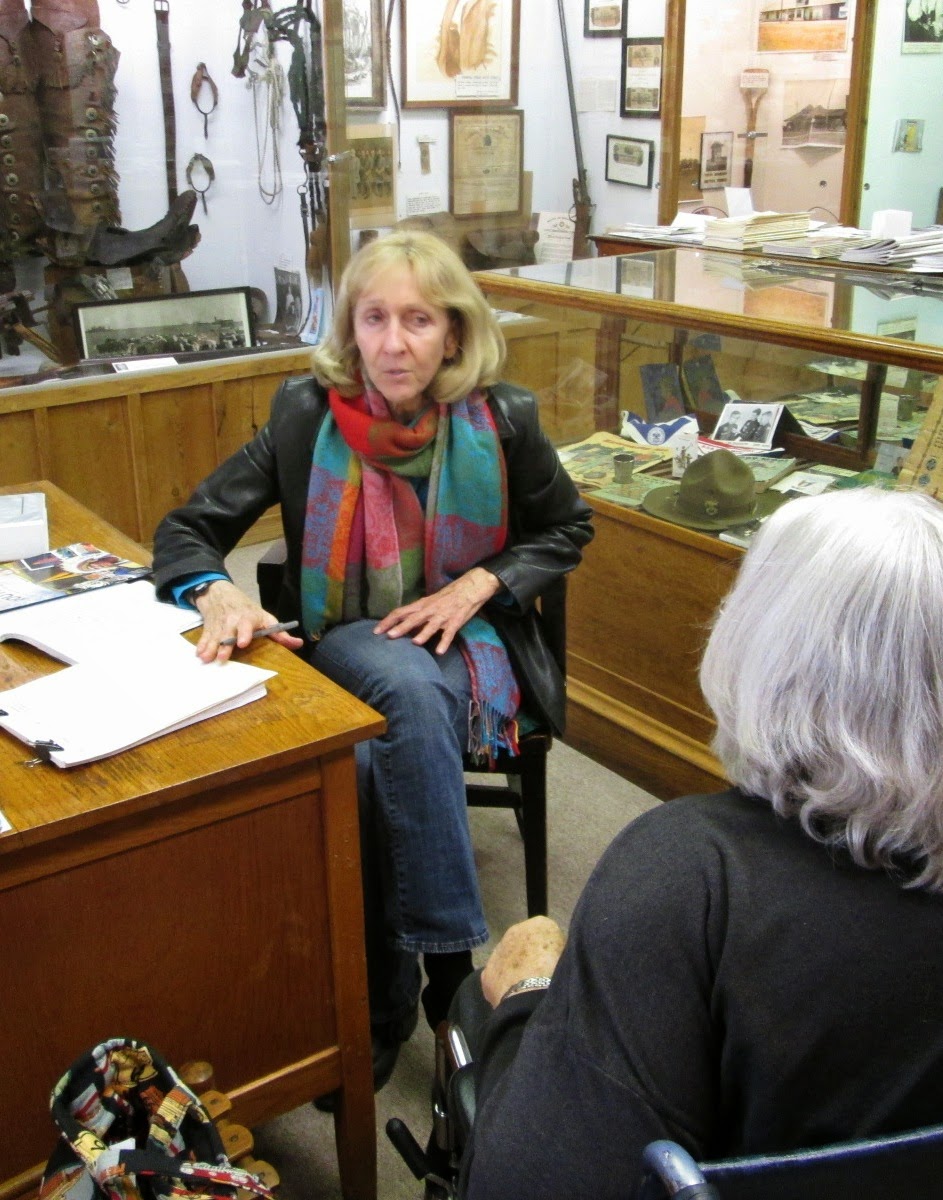 I enjoyed meeting and talking to Kathleen and look forward to many further trips to the museum. And, I now feel secure in recommending the Eastern Trails Museum to Afton Station visitors, especially foreign travelers who would get an overview of the history of the U.S. without getting buried in boring facts and figures.