It is not lost on us that today is the 13th anniversary of the terrorist attack on the World Trade Center in 2001.   It isn't something that will ever leave the hearts and minds of those who were alive at that terrible time.  Then again, it is testimony to the resilience of the American people that life goes on, good things and bad things happen, we have a new set of problems to work out, and yet we maintain our optimism for
the future.

Meanwhile, at Afton Station, we also move on, and we have had an absolutely wonderful summer which is culminating in a better September than ever before.   We've had day after day of increased numbers of visitors, and those visitors are buying more and more merchandise, asking more and more interesting questions, and clearly are having more fun and interesting experiences on Route 66 than ever before. 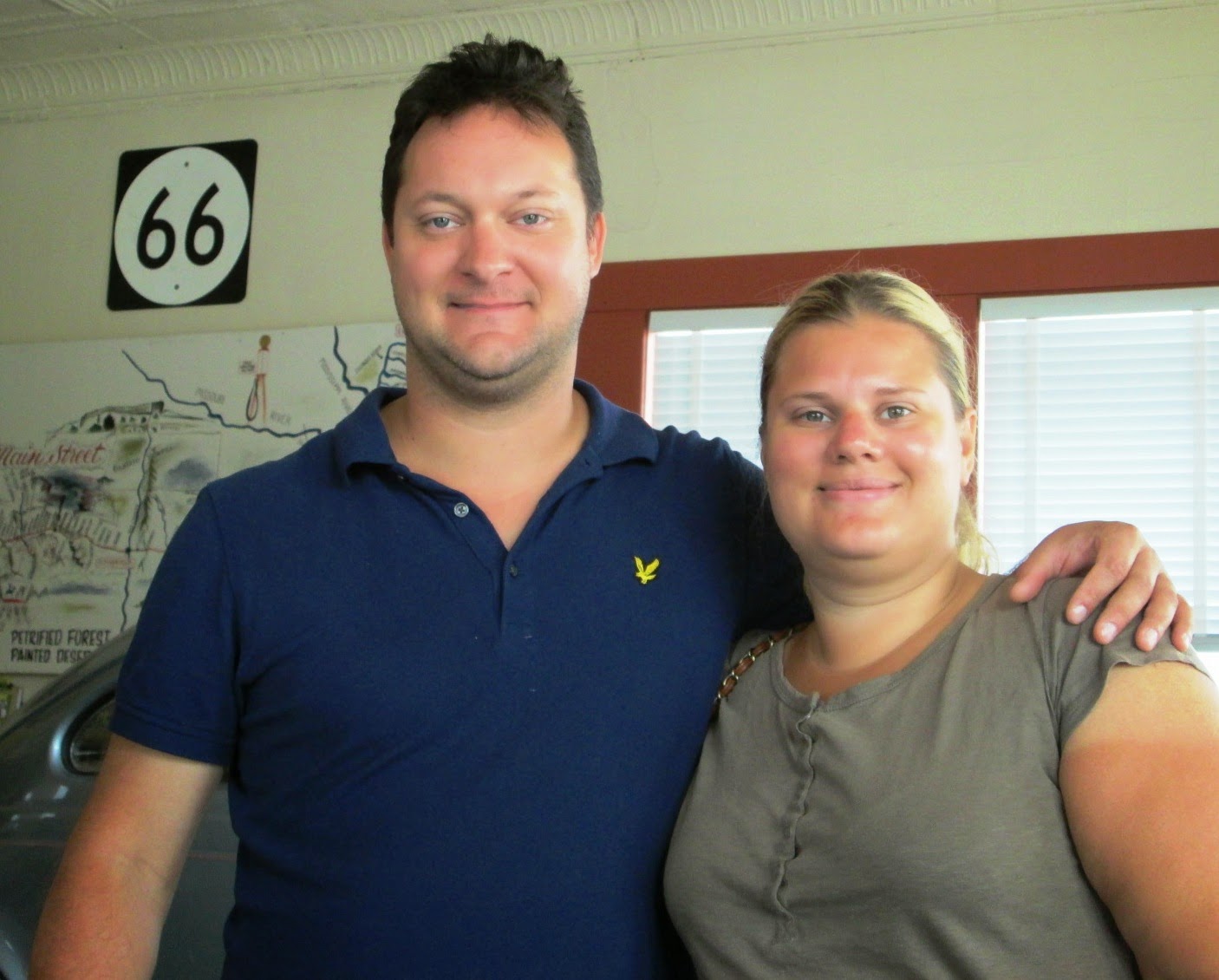 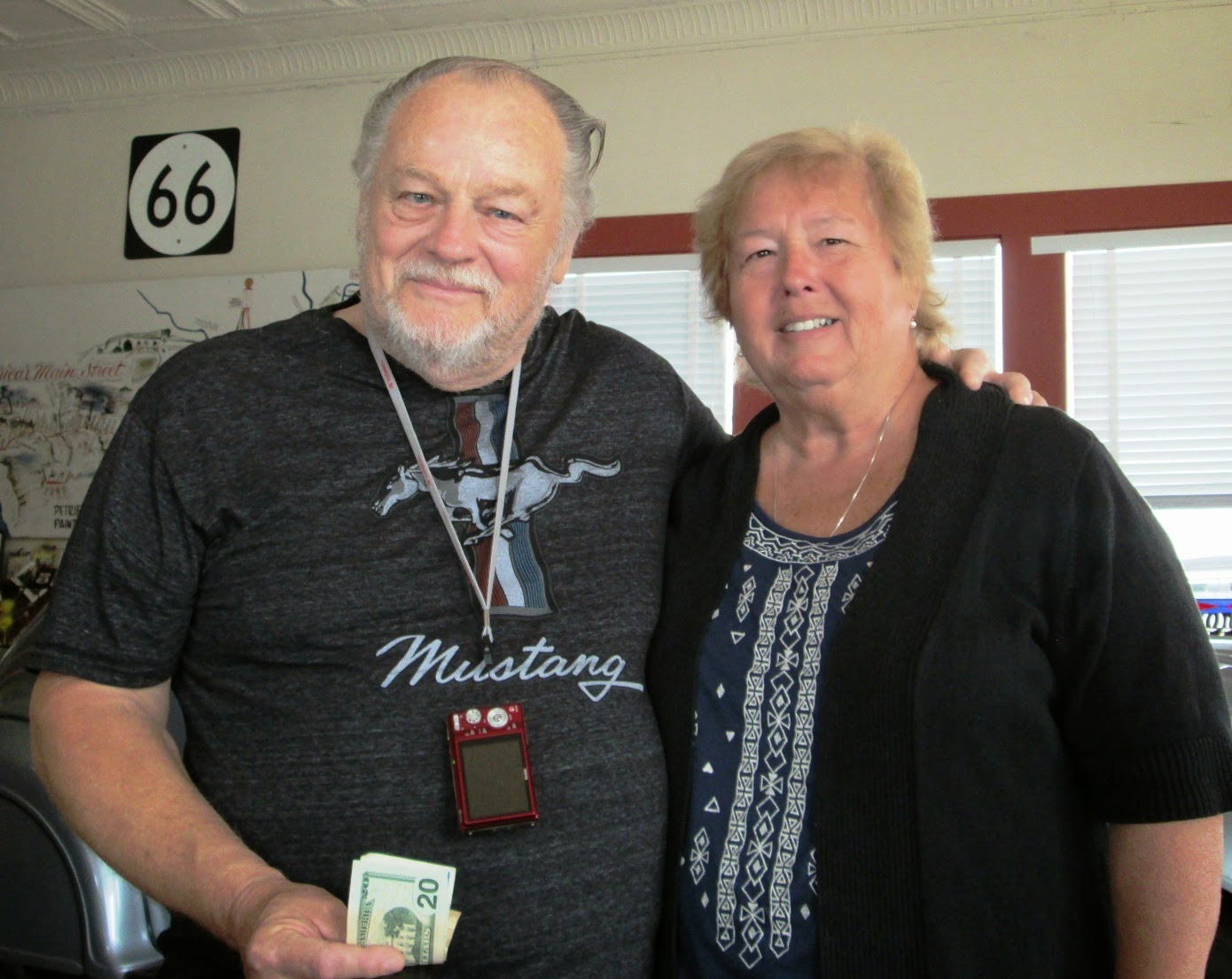 Here are some folks from Boston, Massachusetts.  He tried to talk me into thinking they were from elsewhere, but I know a Boston accent when I hear one!  I caught him in his deception and we had a good laugh over that.  And although he's a Boston Red Sox fan, I allowed him to stay and look around anyway.  Ha ha.... 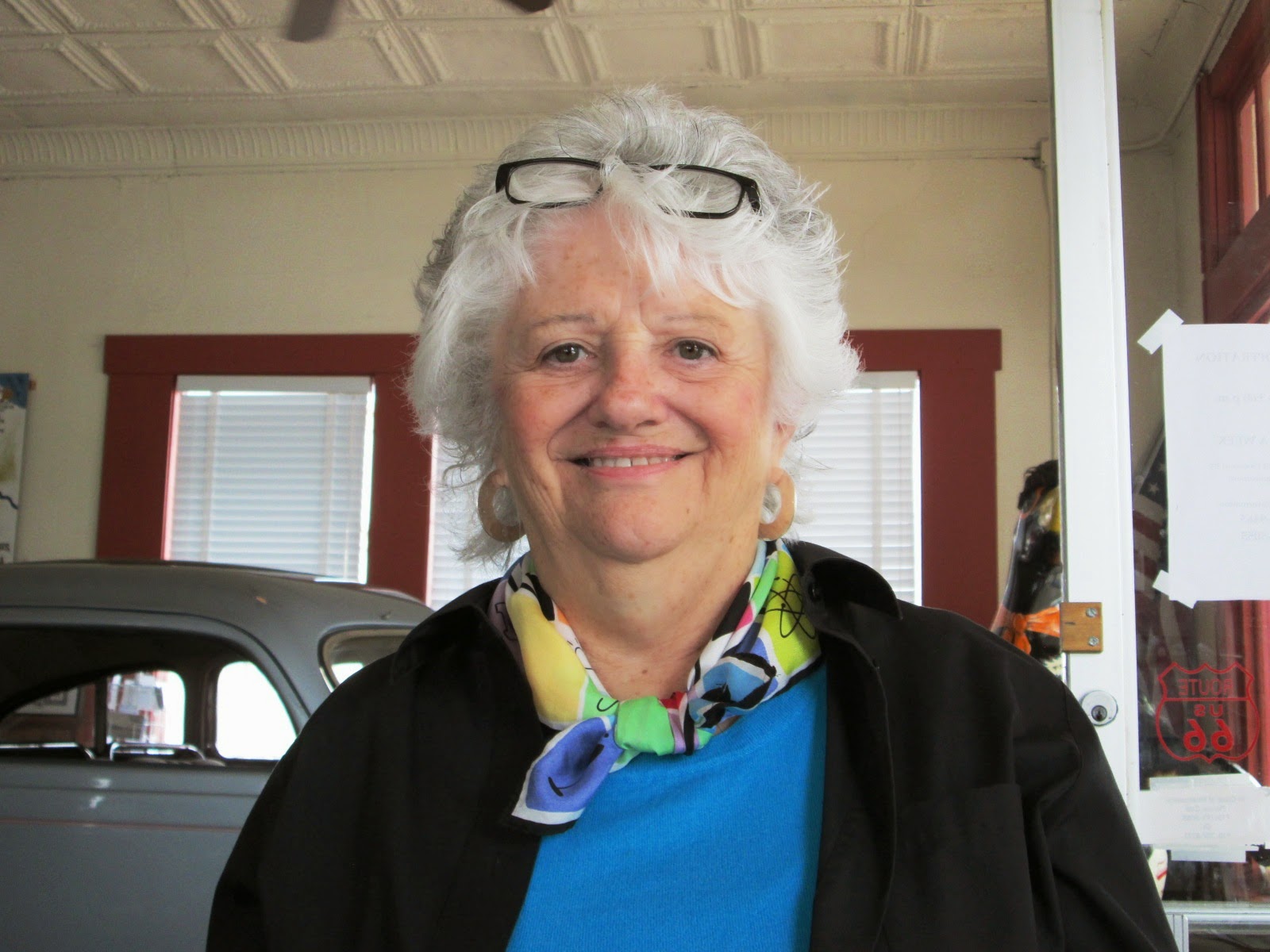 This is Kay Stout, a delightful lady from Miami, OK who came to visit with her friend Terry Brewster Thompson from Afton.  Kay is the Director of  PAAS (Peaceful Animal Adoption Shelter), an organization which is in the process of building and opening a new animal shelter in the area with an adjoining gift shop.  She wants to put a Route 66 slant on the shop and came to find out what we thought needed to be done to attract travelers to her facility once it is opened.  I hope we gave her some good tips, and of course we wish her well with such a worthwhile endeavor.  http://paasvinita.com/

Ron M. was with me as usual today, and we were very happy to have Betty stop in, as she has been laid low by pneumonia for several weeks.  She's looking good and is as feisty as usual, I'm pleased to report.

It was so much fun to meet the crew at the Afton Station - - see beautiful, beautiful restored cars, lots of Route 66 memorabilia, t-shirt, pictures and so much more. Definitely add it as a "must see" when you travel Route 66

It was a pleasure to meet you, Kay, and I admire your work toward making PAAS a reality. I have no doubt that it will be a success, and that many orphan cats and dogs will benefit from your efforts.