. . . said the Tortoise to the Hare.   I've always liked that quote from my childhood, and today at Afton Station proved it to be quite true.  With the "traveling season" winding down, I am ok with the idea that we won't be seeing the record numbers of visitors that we've been greeting all summer.  There are still plenty of people out there on Route 66, however.   Today we had our first genuine slow day of the season, with a total of only 13 folks coming to visit.  We won the race,  however, because those who did visit were an interesting and friendly bunch. For example. . . 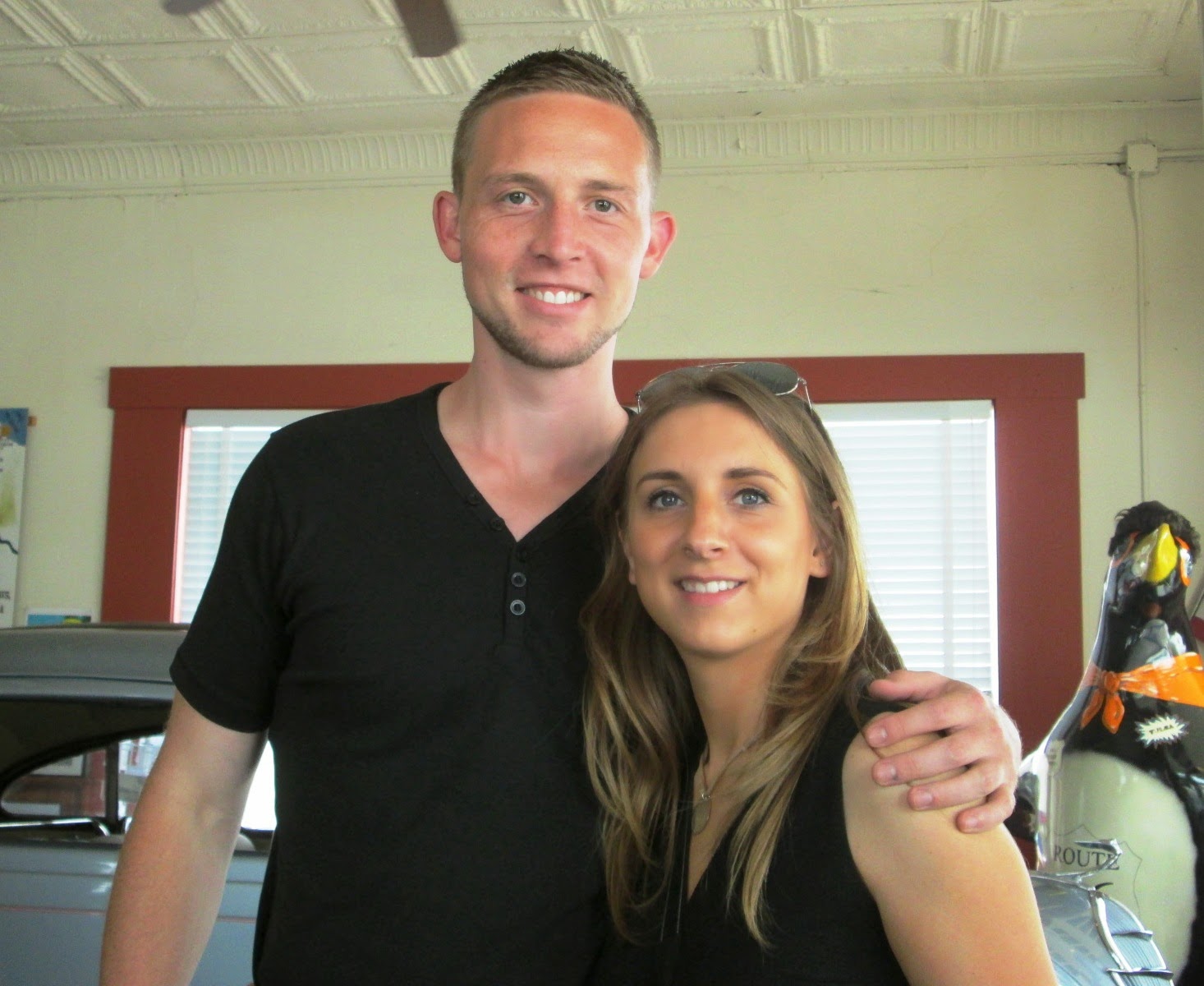 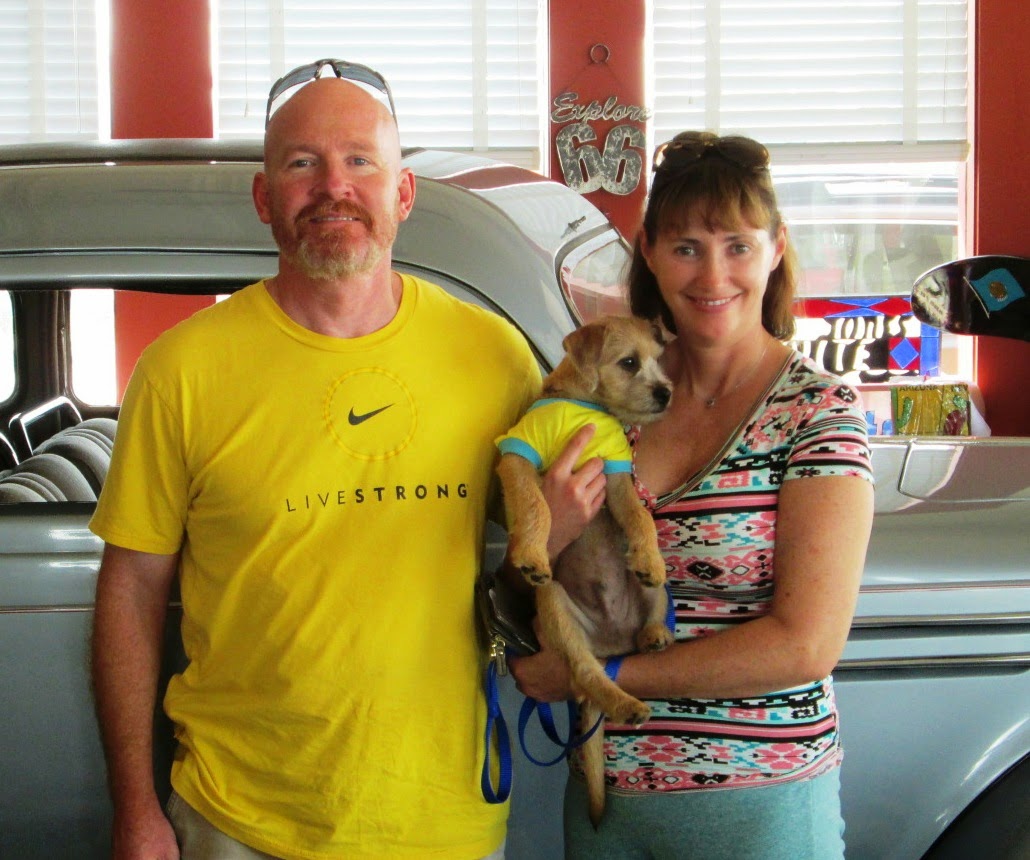 . . . and a couple from Hamlet, Indiana with an adorable 6-month-old pup named Max. 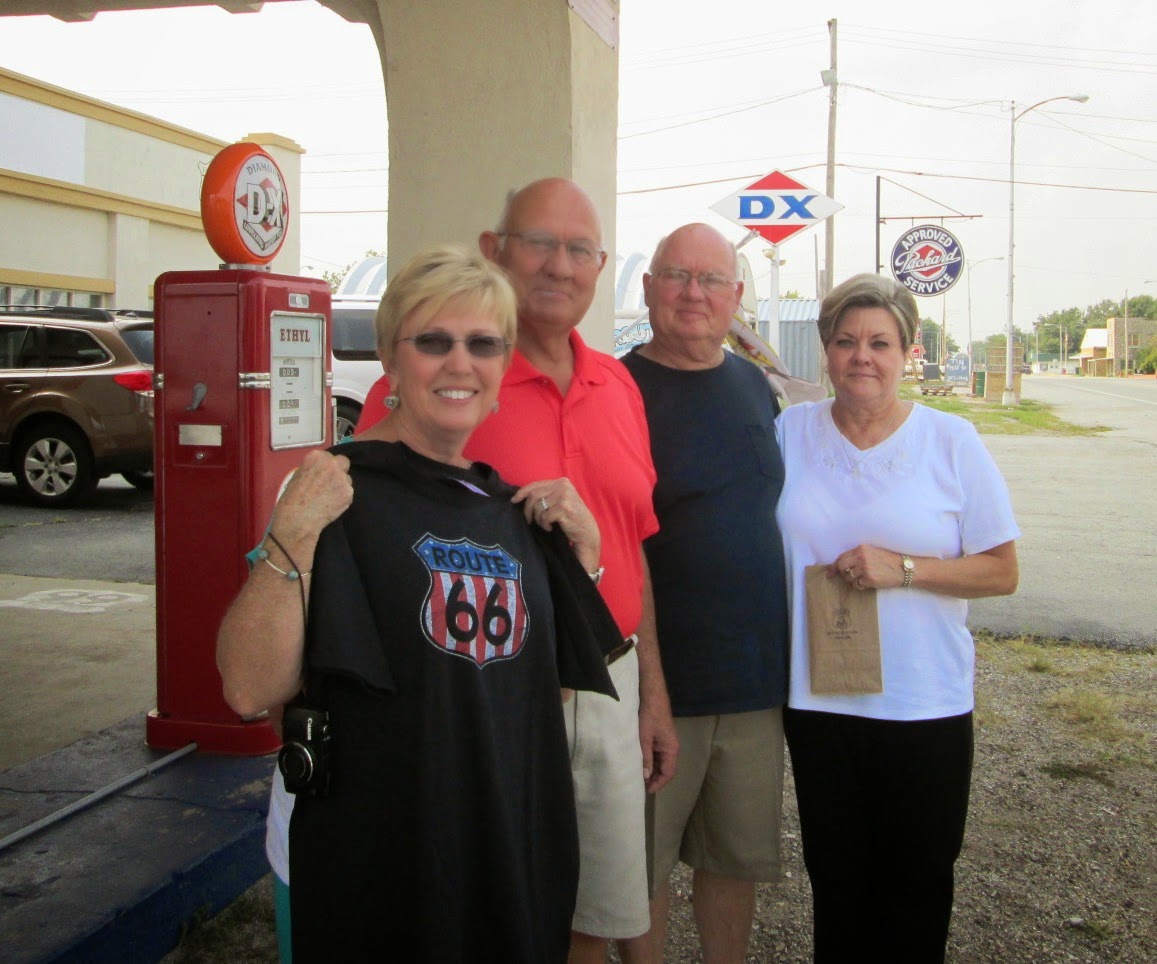 Two couples, brothers and sisters-in-law were traveling together from Traverse City, Michigan and Eucha, Oklahoma.  Others came from Joplin MO, and  Pittsburgh KS.

Robin dropped in and stayed for a while, as did Scott.   Ron M. and I had plenty of time to catch up with reading and, in my case, a little bookkeeping.  As much as I hope Sunday is much busier, I can't complain about our breather of a Saturday.
Posted by Laurel at 6:35 PM