Once again, the joy of meeting and greeting some interesting and cordial guests to Afton Station made us a little late leaving for home this afternoon, but it was well worth it.  It was a moderately busy Sunday, with 20 visitors altogether.  They came from Asheville NC, Chelsea OK, Millstadt IL, Oklahoma City OK, Edgewood TX, Adelaide Australia, Broken Arrow OK, Saskatchewan Canada, and Barcelona Spain. 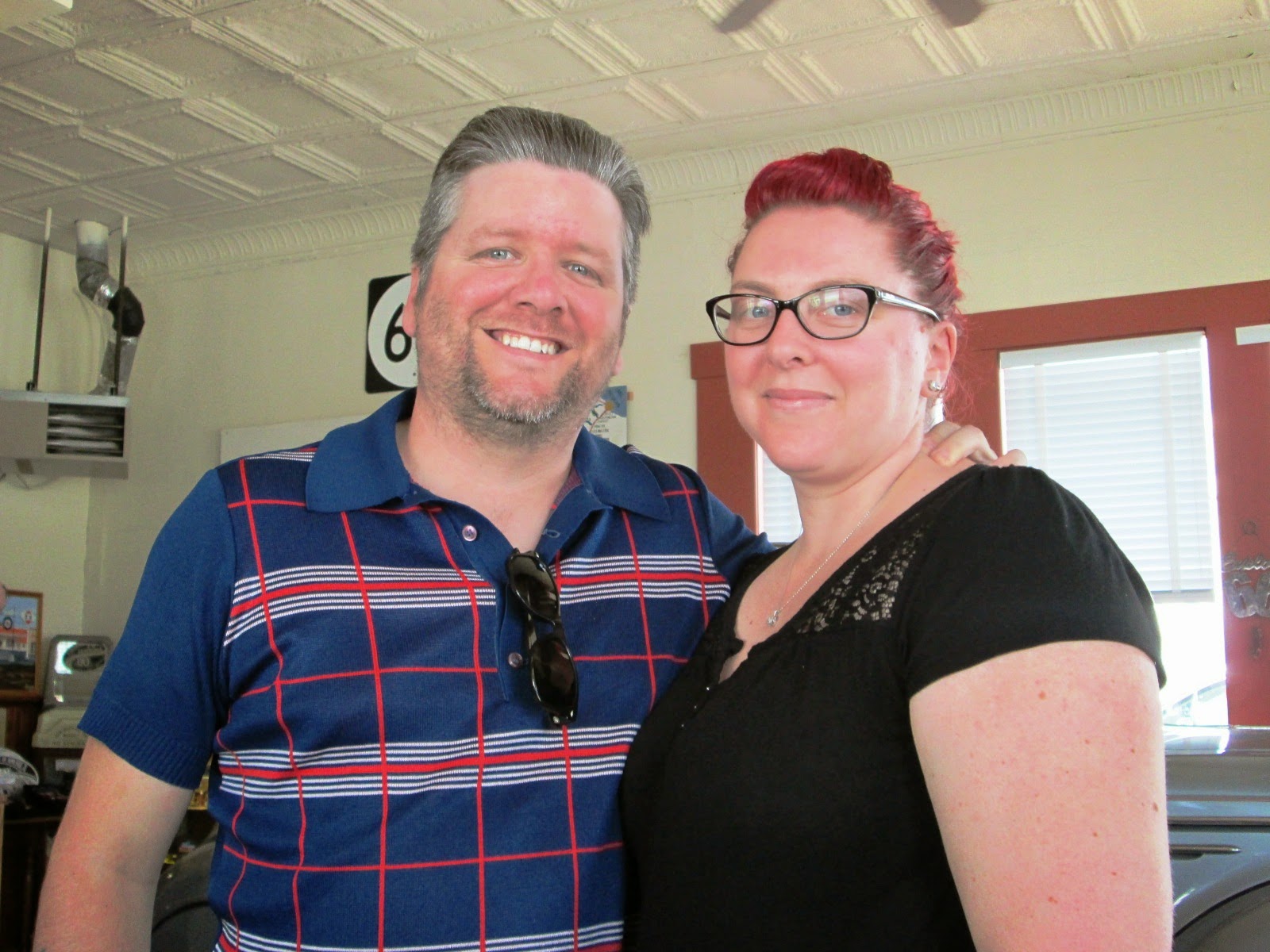 This couple is on their honeymoon from Australia, and enjoying their first time on Route 66 and their first visit to the USA.  They were married in February but chose to take a later honeymoon when circumstances were better for them to have more time to spend on their vacation. 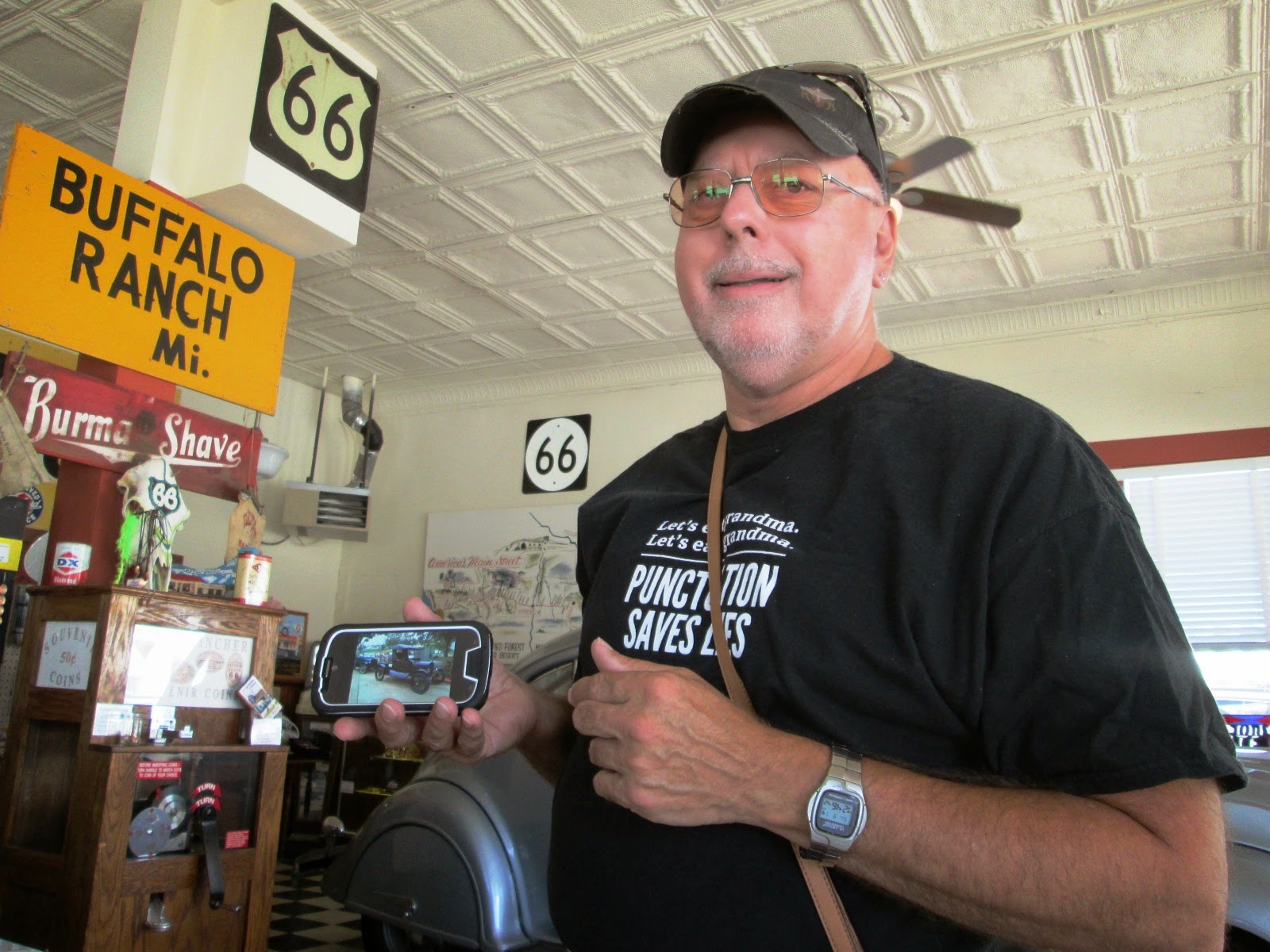 This visitor from Oklahoma City was with a friend, but he "outtalked" his friend, who went to sit in the car while this fellow told us story after story.  At the rate they're going, they'll probably manage about 50 miles a day!  They had been to Branson and he had some fine photos of Model Ts which were there for a meet. 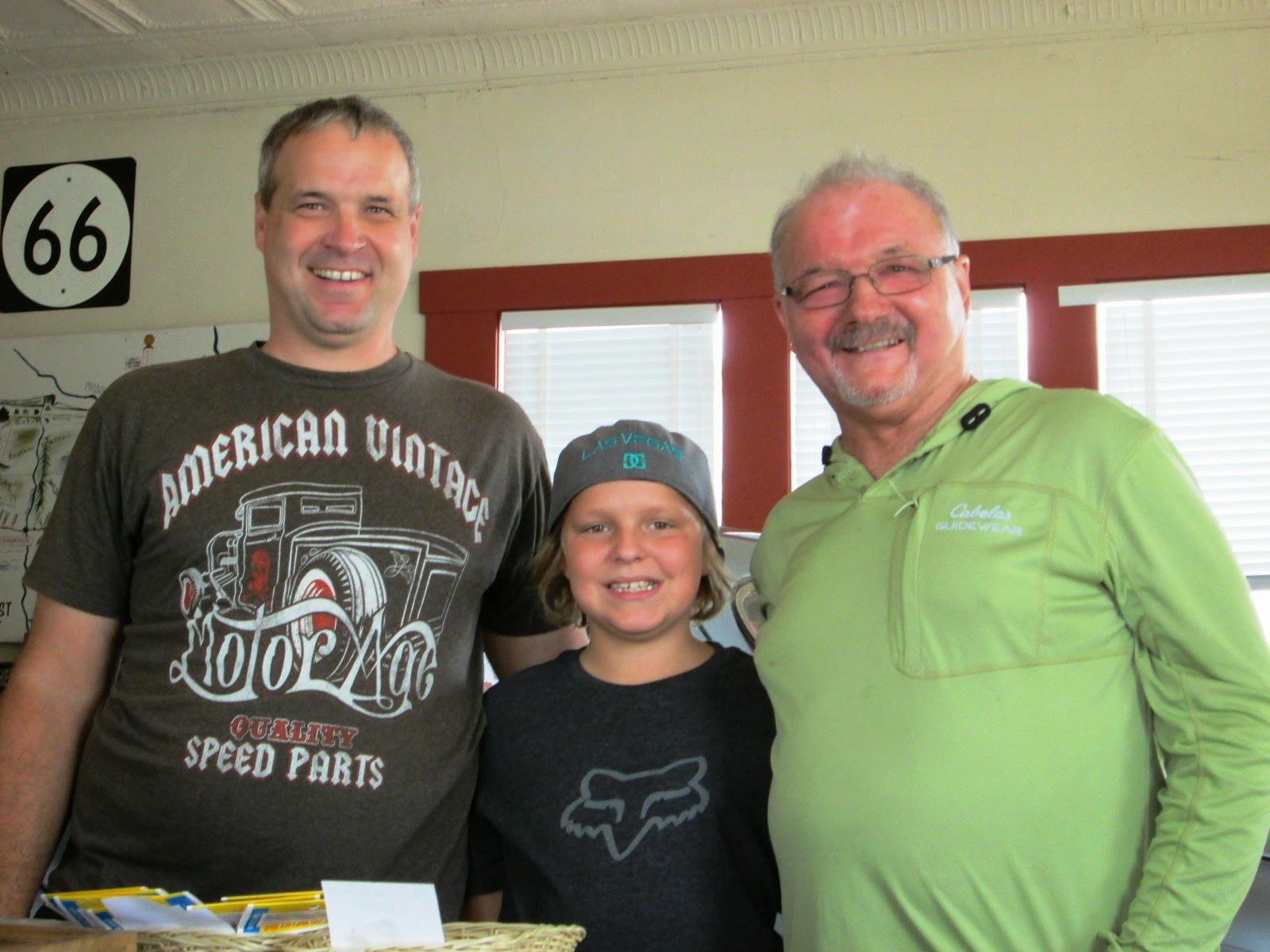 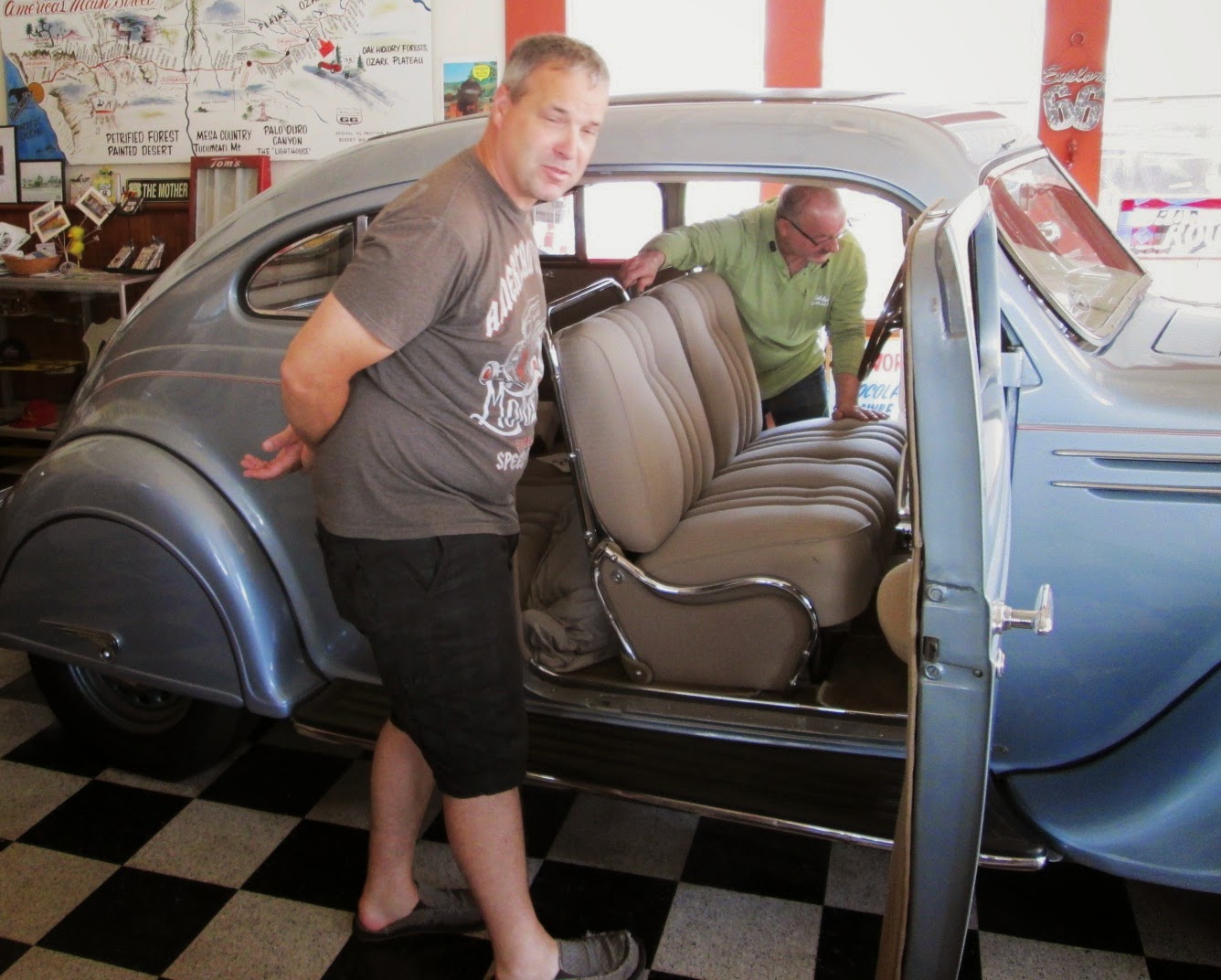 Here they are again, checking out the DeSoto.  They all had a great interest in vintage cars.