Of our 46 visitors today, 34 of them were in a tour group out of New Zealand.  Led by our friend Croc Lyle from Amarillo, TX and Sam Murray, our new friend from New Zealand, the group seemed to be having a ball as they cruise across America.  It was hard to get them all together for a photo (herding Kiwis is about as difficult as herding Yankees) , but I managed a couple of pics featuring almost half of them. 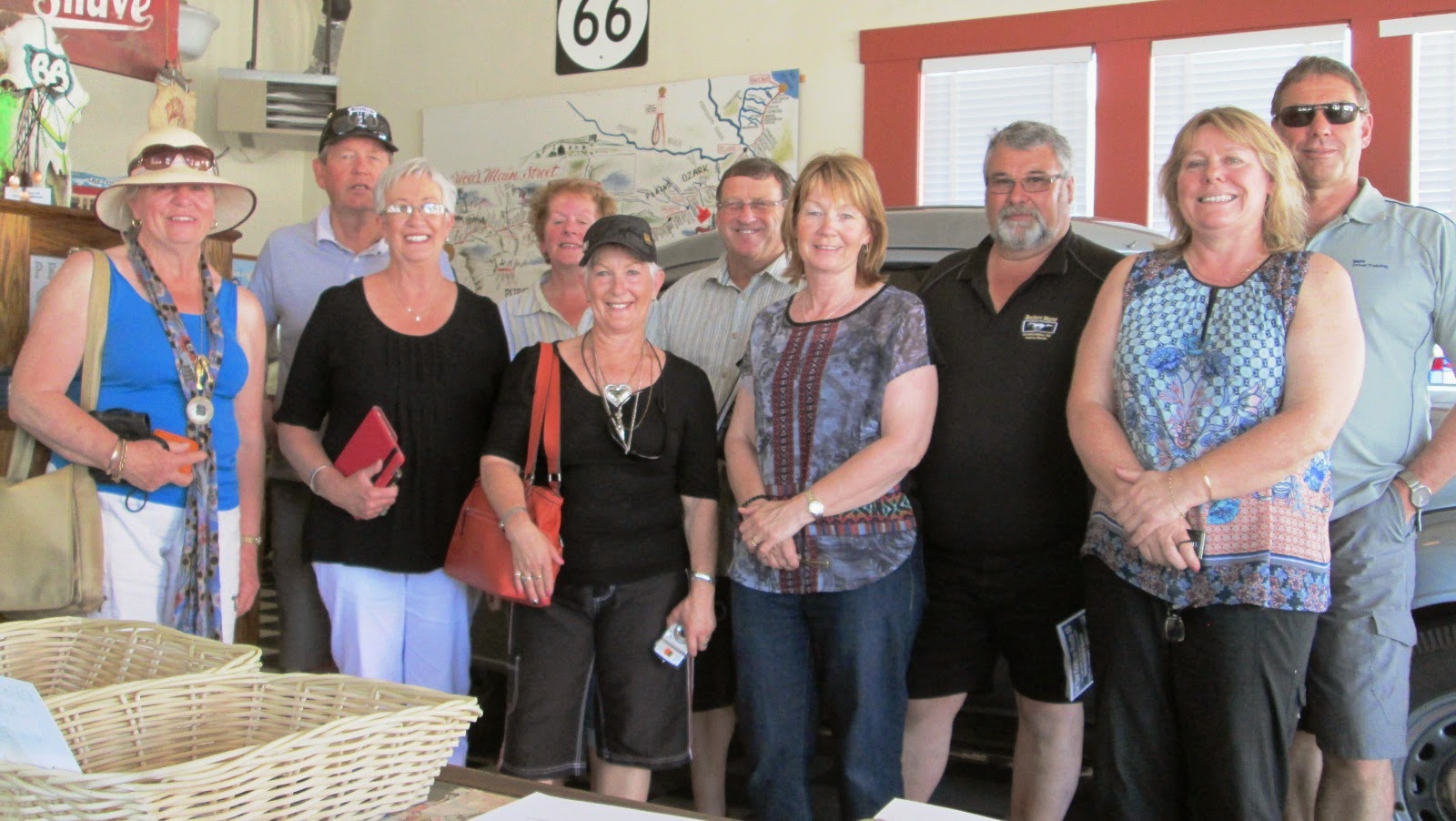 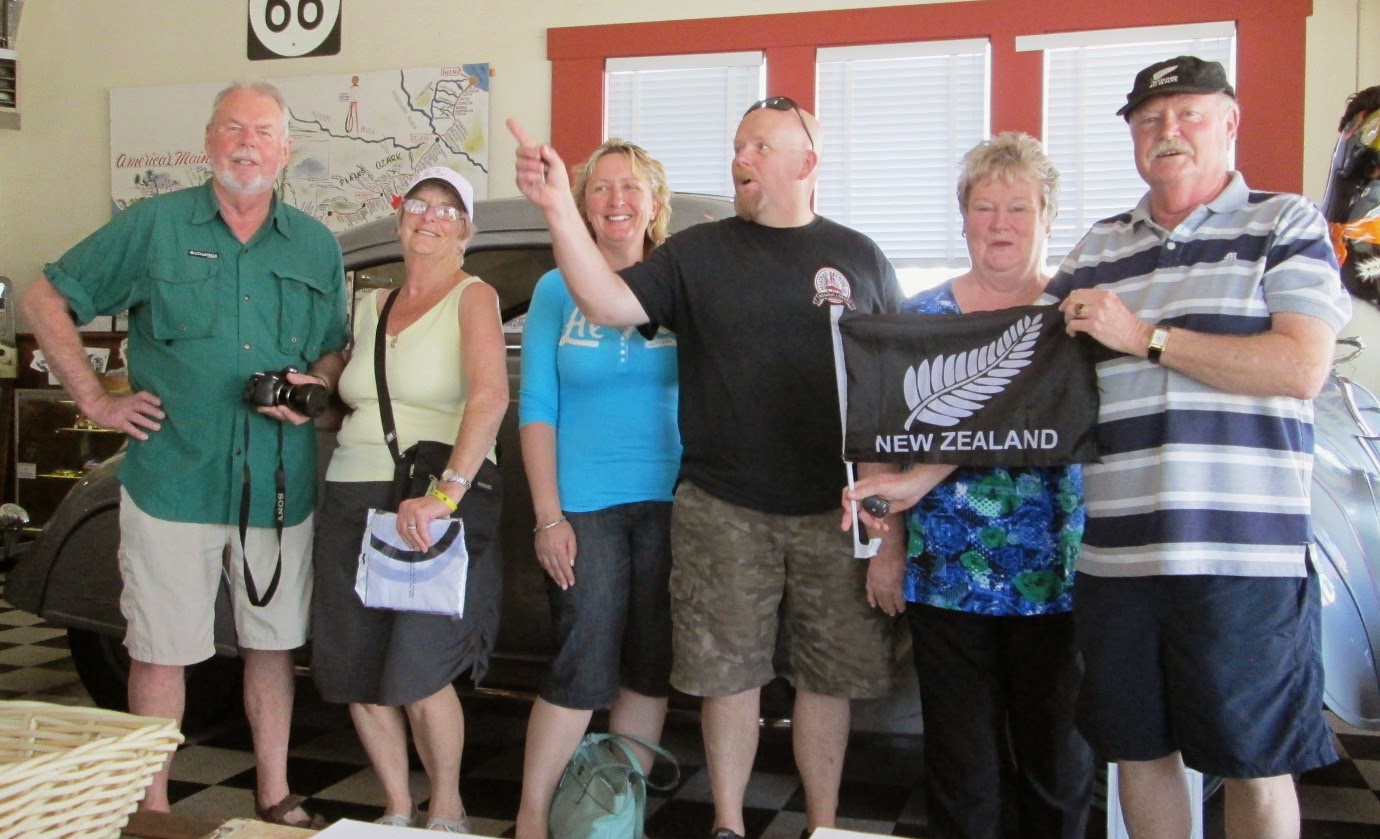 And here, their fearless leaders -- Croc Lyle on the left and Sam Murray on the right.  Croc has a wonderful art gallery on 6th Ave. in Amarillo (old Route 66) featuring his own great Route 66 creations plus those of others.  He also sings with a well-known men's choral group and now, his newest undertaking, leads Mother Road tour groups with Gilligan's Wild West Tours. 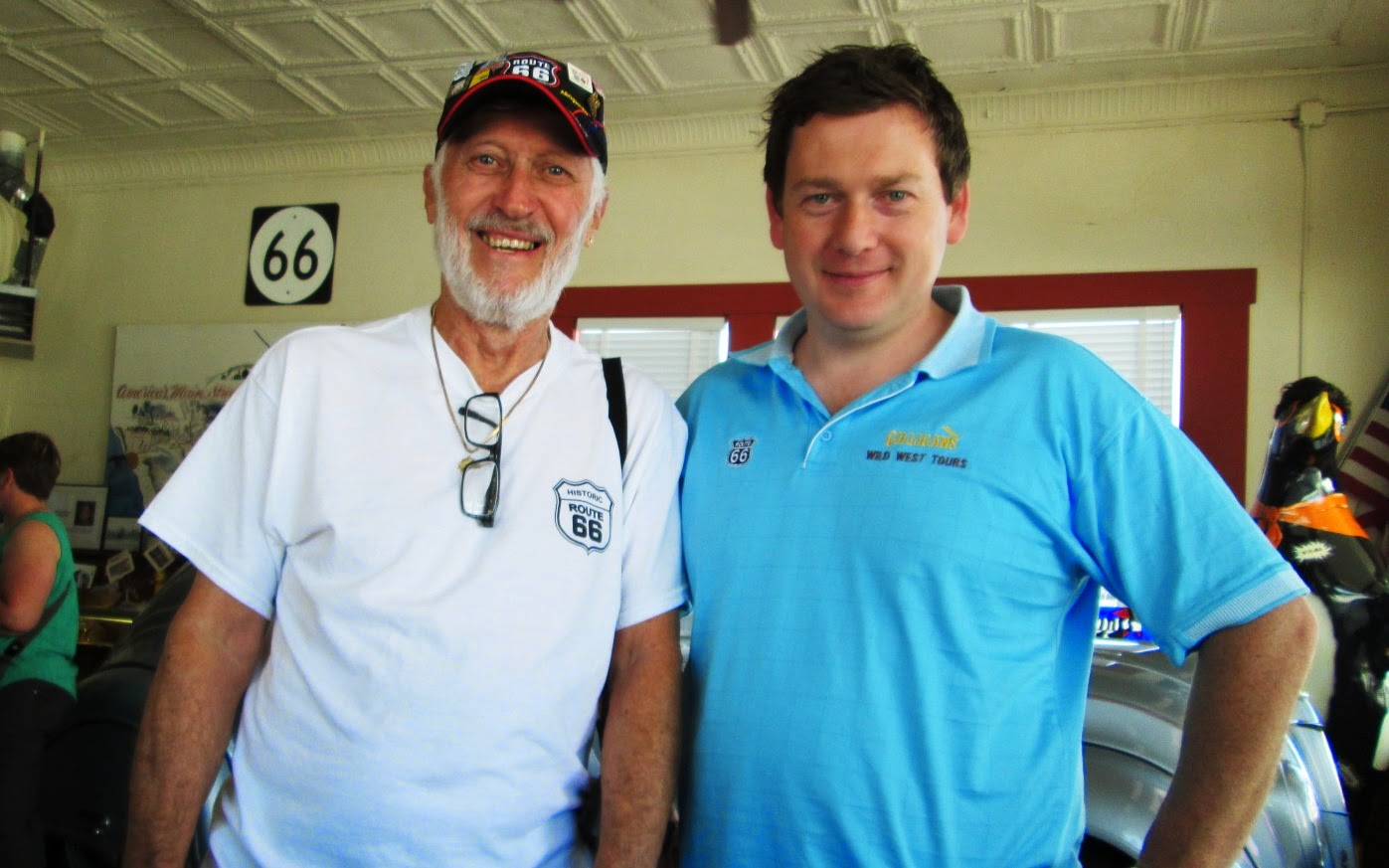 It's shouldn't surprise anyone that the Kiwis in the group preferred Mustangs for their rented vehicles.  Here are a few of them adorning First St. across from the Station. 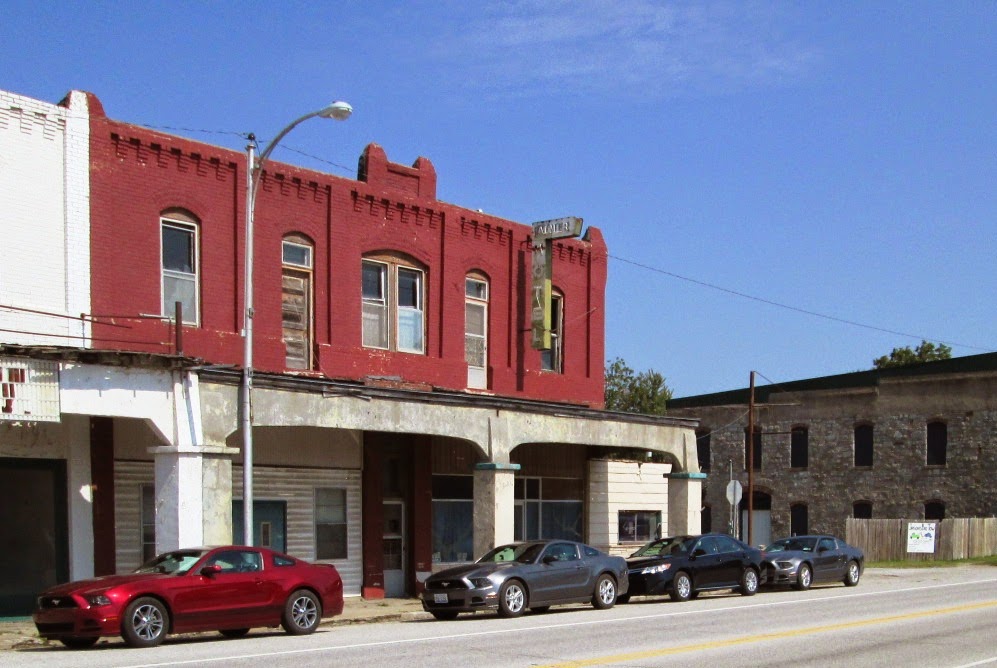 One couple, however, chose to buy a vintage car when they reached Chicago and will ship it back to New Zealand at the end of their trip in California.   Check out this nice looking ride!  (It's a Ford Fairlane, I believe, but don't hold me to that because I forgot to make a notation of details.) 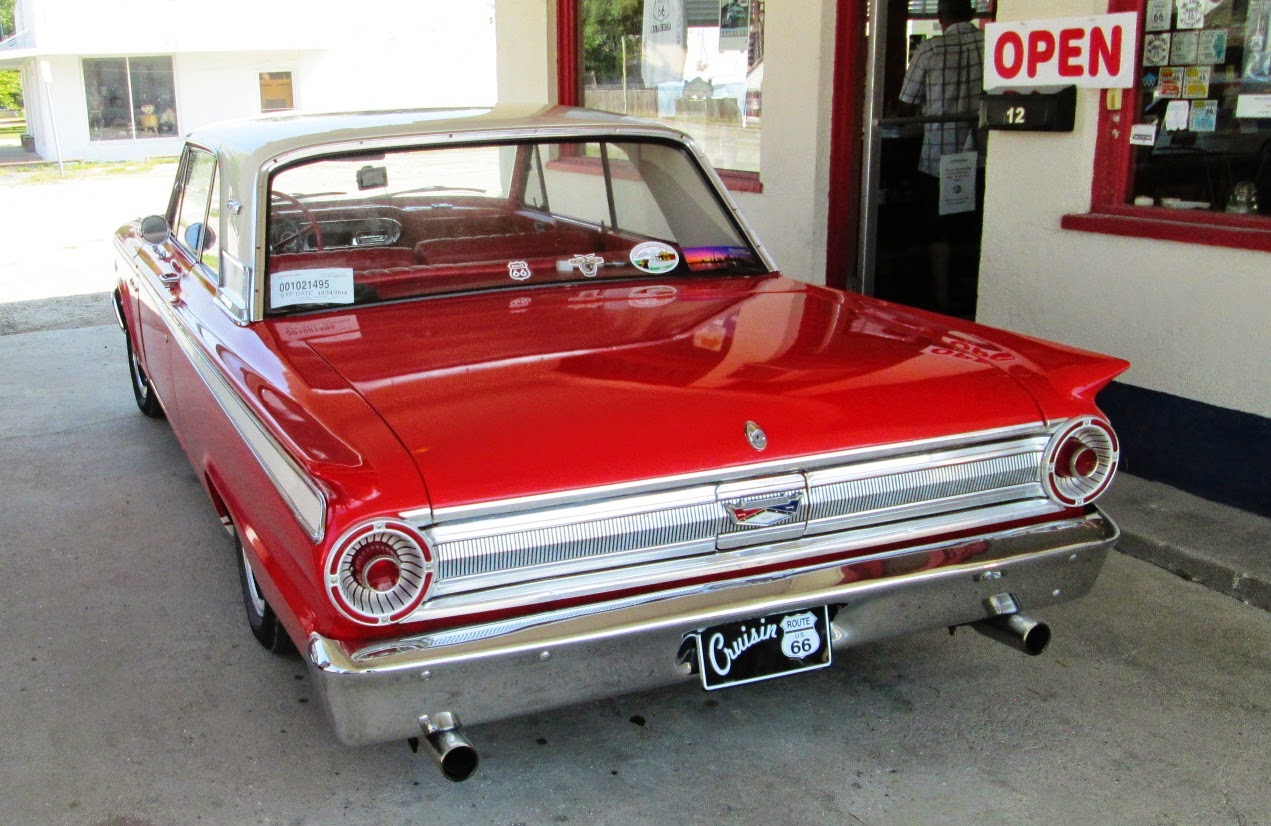 But it wasn't 100% Kiwi at the Station today.  We also had visitors from Stott City MO, Buckinghamshire England, Higginsville MO, and Alva, Grove, and Woodland Shores, OK.  We are now officially over the top -- surpassing all months in the history of Afton Station in both number of visitors and amount of merchandise sold.  We are very happy, to say the least.  May it continue for many  years to come.  Long live the growing popularity of Route 66!!!!!!!