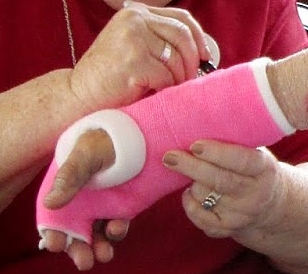 We should have known that Betty would eventually get a pink cast on her broken hand.  She came today to ask us to autograph it.   Pink is Betty's favorite color and she wears it almost every day.  Her other bumps and bruises are coming along fine, but the pink cast will be there for another four weeks.   In other health news, Tattoo called Afton Station from the hospital just moments after he came out of surgery, and he was still VERY groggy and slurring his words.  I didn't catch everything he said except that he came through his colon repair surgery just fine and he should be out of the hospital in a couple of days.

Ron M. and I dealt with a pretty big day today.  There were 29 visitors and they came from Lowell IN, Clinton IA, Ontario Canada, Birmingham AL, Ashford England, Joplin MO, and Jones, Mustang, Woodward, and Afton, OK. 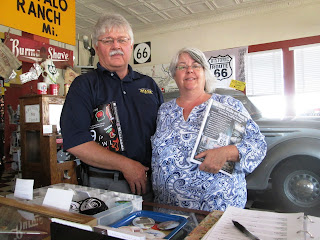 Our first visitors were these two travelers from Lowell, Indiana who arrived in a Corvette.  By coincidence a group of cruisers from the Oklahoma Corvette Club came at almost the same time. 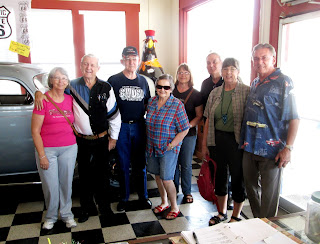 Some have been to Afton Station previously but most have not.  All were welcome visitors, and it's always nice to have a contingent of 'Vettes in our parking lot! 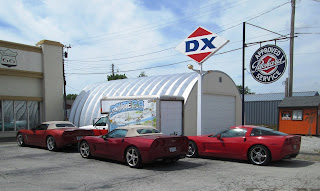 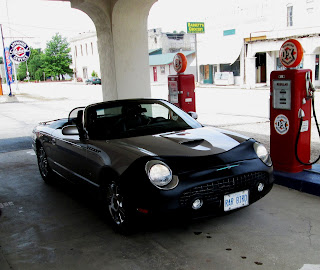