Great day!  Not too crowded, not too empty, not too hot (indoors, at least), not too cold, and best of all were the great visitors!  I can't complain!   Our Afton Station day started with a visit from these two beautiful people from Madrid, Spain who just happened to be on their honeymoon.   They were so cute and had such great smiles and enthusiasm.  They were married just a bit more than a week ago. 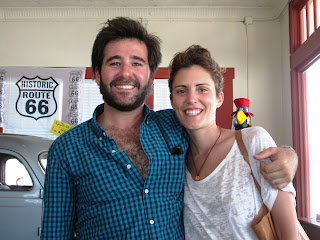 Here they are in their rented convertible which they admitted was awfully hot, especially with the black seats.   We told them to park under our portico for a while to let the car cool down.  It's almost 100 degrees here today. 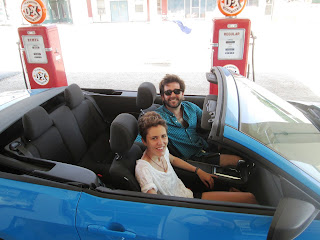 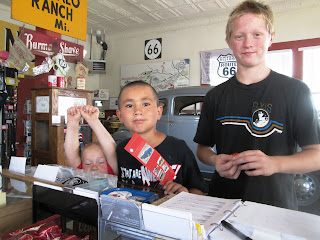 The end of the day couldn't have been any better when these three brothers from Afton dropped in.  I've mentioned them before and praised them for being just about the nicest, most well-behaved, articulate young men I've ever met.  Jacob, Noah, and little Luke (also known as Boo Boo, since he manages to get hurt a lot) should be praised for being just plain "good kids".   Their parents are doing a fine job with them, and I told the boys that they're welcome any time at Afton Station.

Michael Scruggs dropped in for a while today and snapped a few photos, as usual.  Here's one I particularly liked. 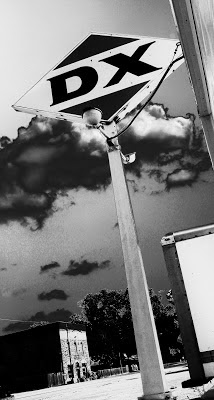