If you're in Tulsa during the next couple of weeks (until January 23) you might want to drop in to Living Arts in the Brady District to see a photo installation entitled "Room 116".   The title refers to the room bearing that number at the iconic Desert Hills Motel on 11th St. (Route 66).  The artist/photographer, Western Doughty, lived in that room for a year and compiled a great number of photos showing what transpires on a day-to-day basis at a mom n' pop motel that may or may not have passed its heyday as a favorite spot for travelers.  Travelers do still stop there, but locals and transients also occupy a number of the rooms.   The rooms set aside for travelers are well-worn, but to my knowledge are still safe and clean and some are refurbished.  One should not necessarily base one's opinion on the sleazy nature of some of the photos in the show, but should instead talk to the owner and take a peek at a room before checking in, just to make sure it meets your standards. 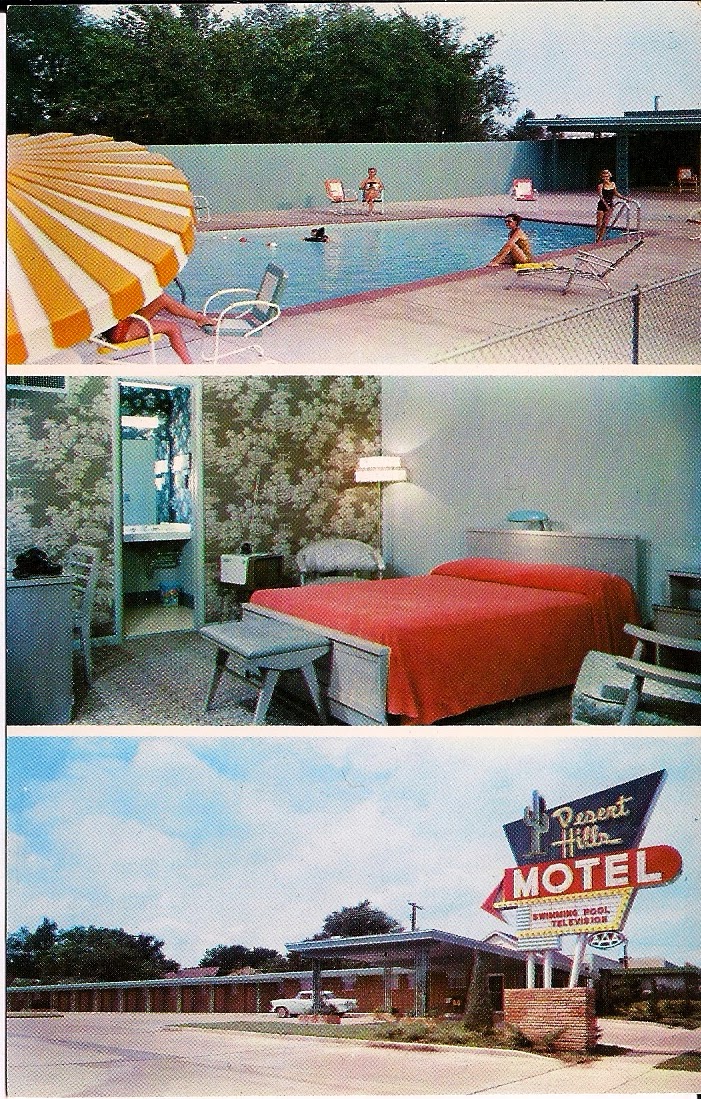 A Letter to the Editor appeared in today's Tulsa World which I thought was interesting and nostalgic:

I was interested to see the article about Western Doughty's photo project [...] January 2.  My late wife and I stayed there on our honeymoon in 1959.  It was a very nice motel on Route 66.

We were living in Joplin, Mo. at the time and we only had three or four days for our honeymoon.  We were headed for Oklahoma City. 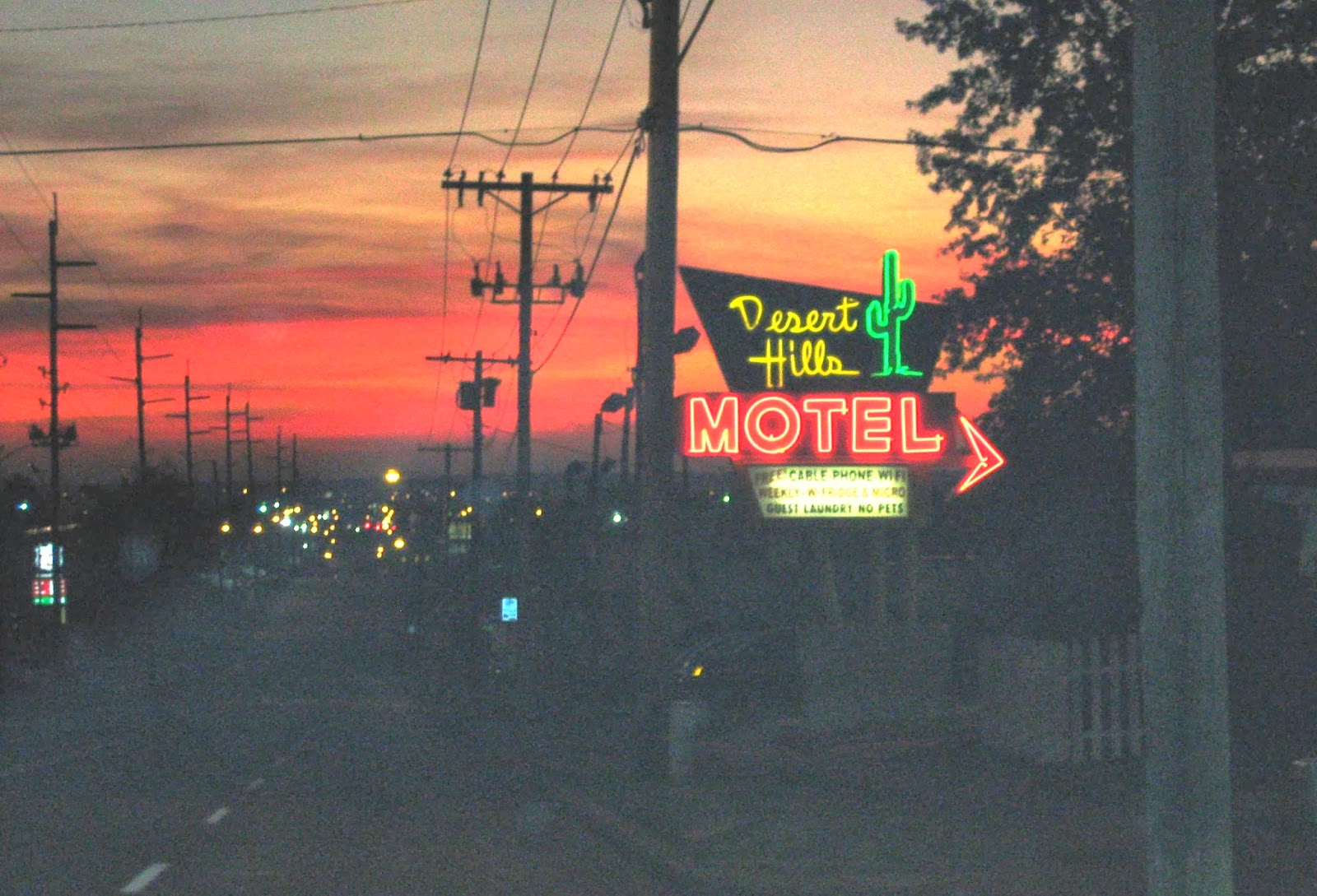