Some days, Route 66 seems to be a hotbed of people traveling with stories.  At Afton Station, we heard a few today, and we're always fascinated by human interest happenings.  Most interesting story was one about these two ladies. . . 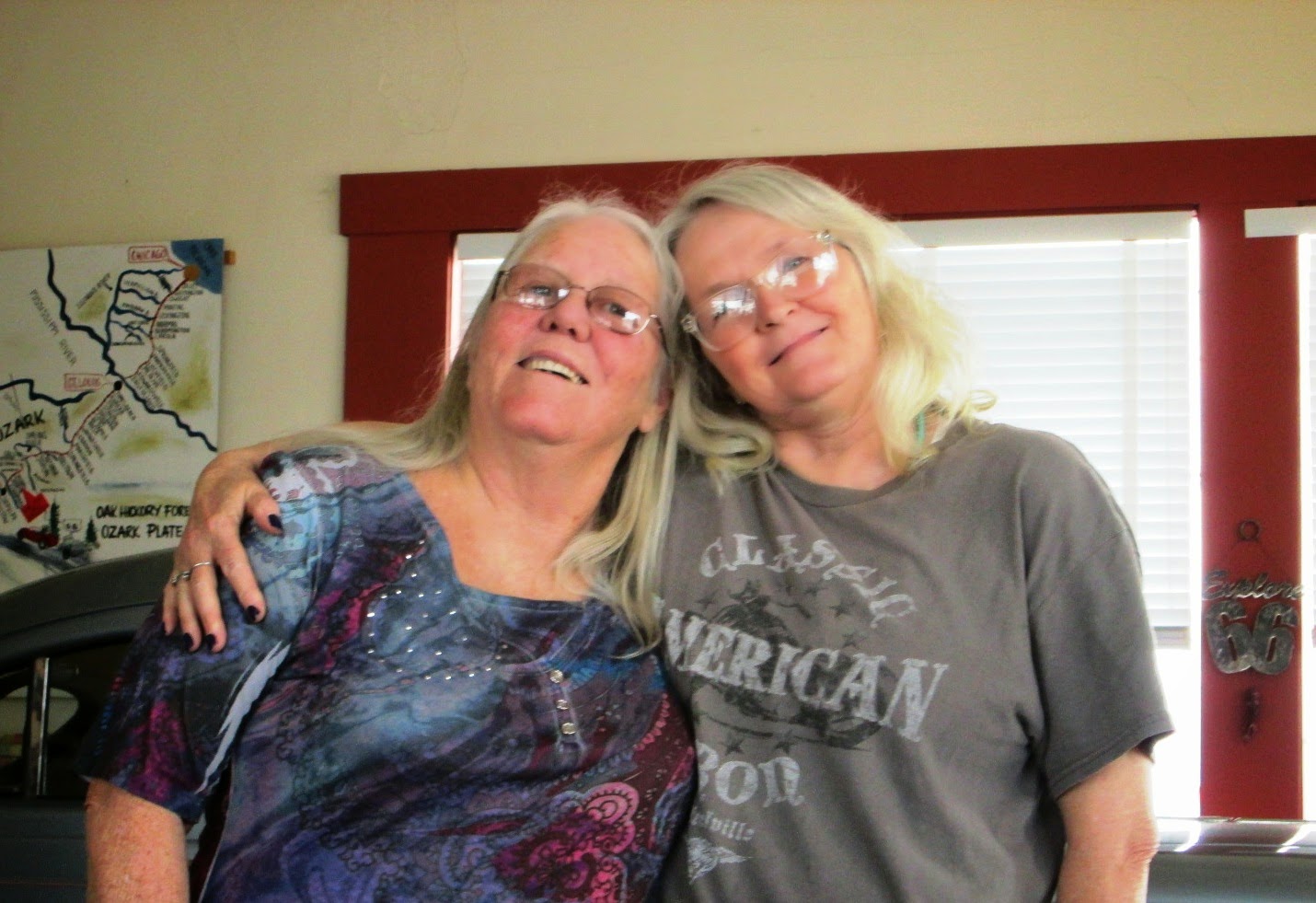 . . . half sisters who only met about 6 months ago!  How cool it must be to find out you have a sister, and then to meet up with her and establish that you get along so well.  It was really interesting to hear the story of their lives and separate upbringings.  I think they look somewhat alike.  Don't you? 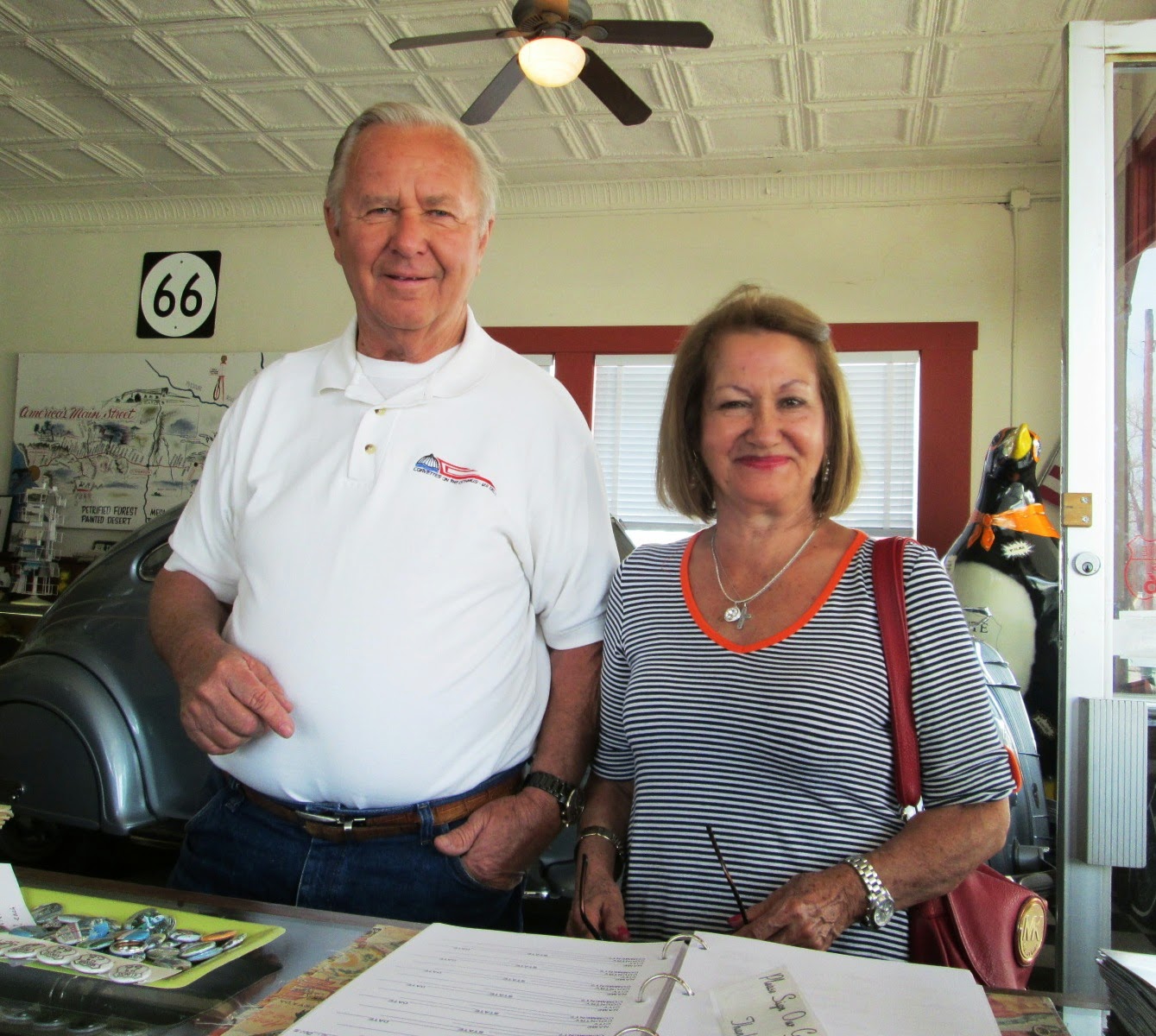 We also met these two -- he a serious car collector and she from Peru -- who now live in Tulsa.  He is involved in restoration of Corvettes and has a very large, impressive car collection himself which includes a couple of Packards and others from as early as the '20s.   They're taking this trip to celebrate his birthday, which was yesterday. 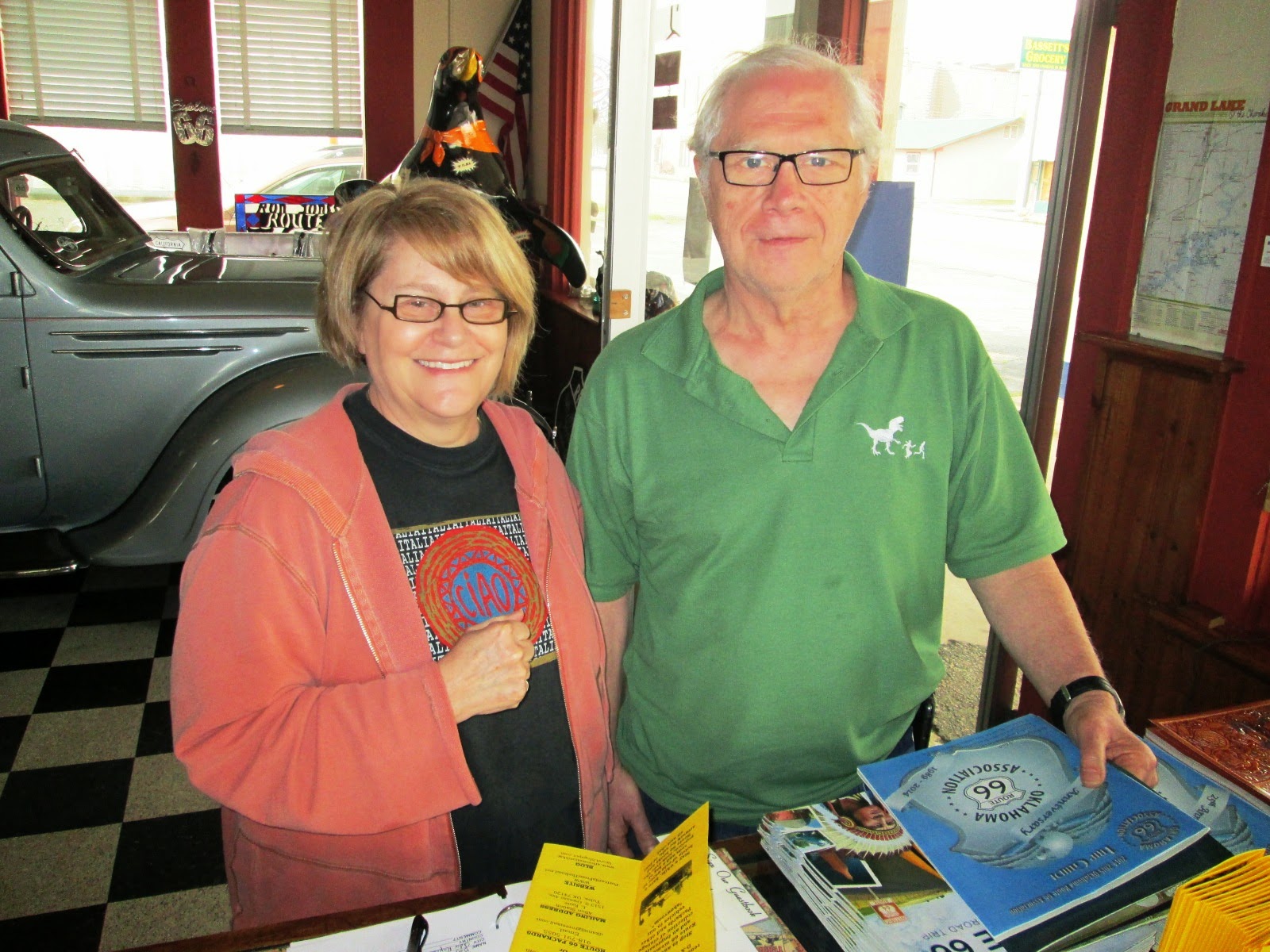 This couple from Cedar Rapids, Iowa is heading for New Mexico and Las Vegas and taking Route 66 all the way.  They were stopped and informed that they were exceeding the speed limit as they entered Afton, but were only given a warning.  I tell you this because it means that we might be entering that time of year when our local trooper is vigilant on the north side of town.  So, beware!  We also met folks from  Clinton IL, Dallas TX, and Laverne, OK.  Although I didn't get a photo of the gentleman from Laverne, his story was interesting too... a tale of traveling across the state frequently as a kid when the family had a place on Grand Lake.  His small town in the OK panhandle was the hometown of former (1967) Miss America Jane Jayroe.

I've decided to try to get a good story from as many visitors as I can this summer.  Granted, sometimes it will be too busy for a lot of chit chat, and I'm sure I will meet folks who don't feel like spilling their guts to me.  but it will be fun to try.  People are SO interesting!