I'm glad to report that I haven't lost my touch.  I can still identify a  honeymoon couple the moment they walk through the door.   I'm not sure what it is, because the couples don't always conform to some of the most obvious traits -- lots of body contact, staring lovingly into one another's eyes, etc.  There's just something about them.   And there was something about this couple that came to Afton Station early this morning.  They're from Zarogoza, Spain and they're taking the usual Chicago to L.A. Route 66.    AND.... they were married just one week ago! 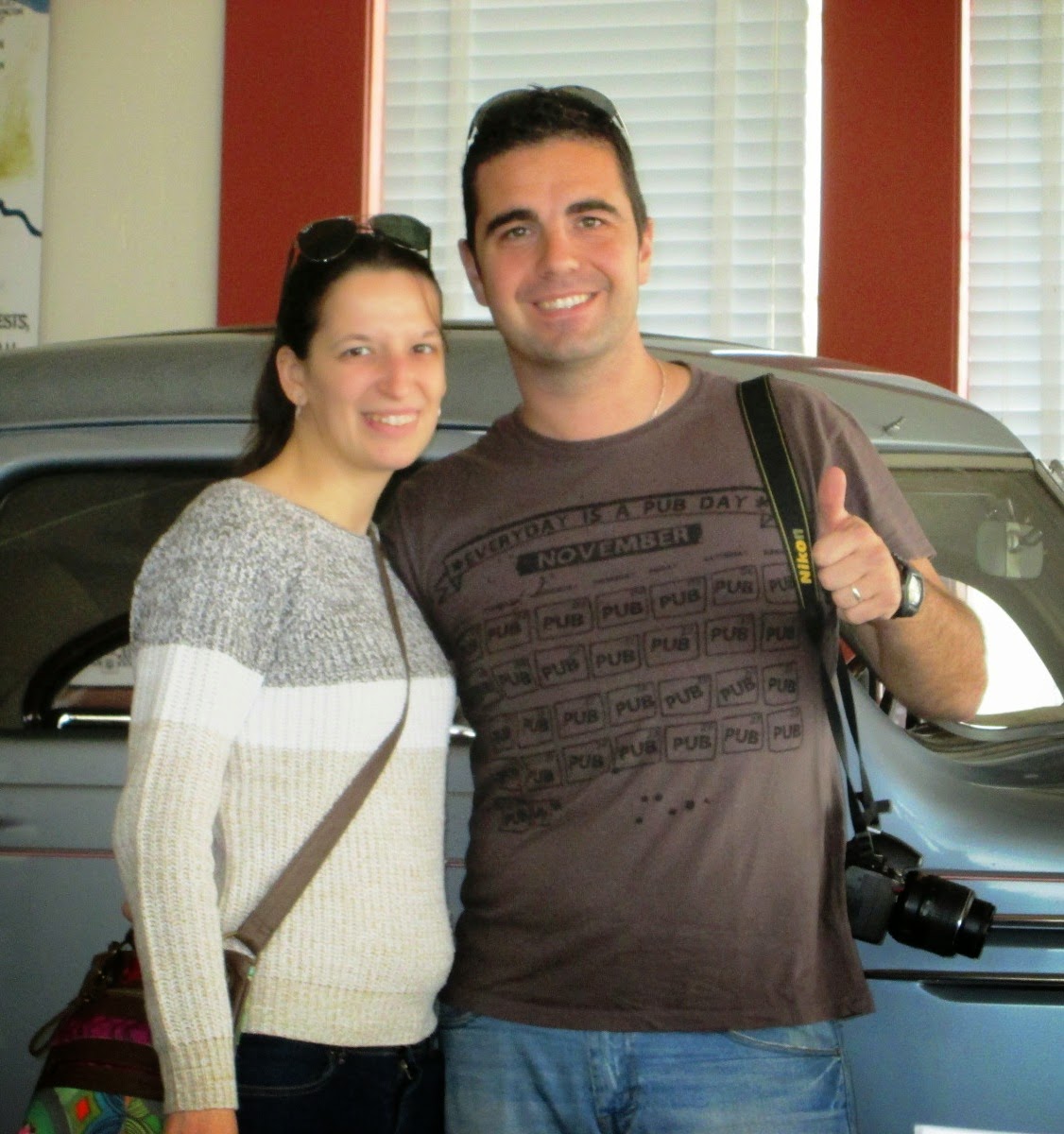 Three gentlemen from Nevada, in town for one of the "world's largest" gun shows this weekend, decided to spend the day looking around the area, especially for vintage cars, since some of them have that interests as well as an interest in firearms.  They came from Carson City, Las Vegas, and Tahoe.  Shortly thereafter a big semi pulled up and the driver came in to find out what Afton Station is all about, after passing it on his route every week for years.  It's about time!   He was most impressed by the cars and I think we'll be seeing more of him in the future. 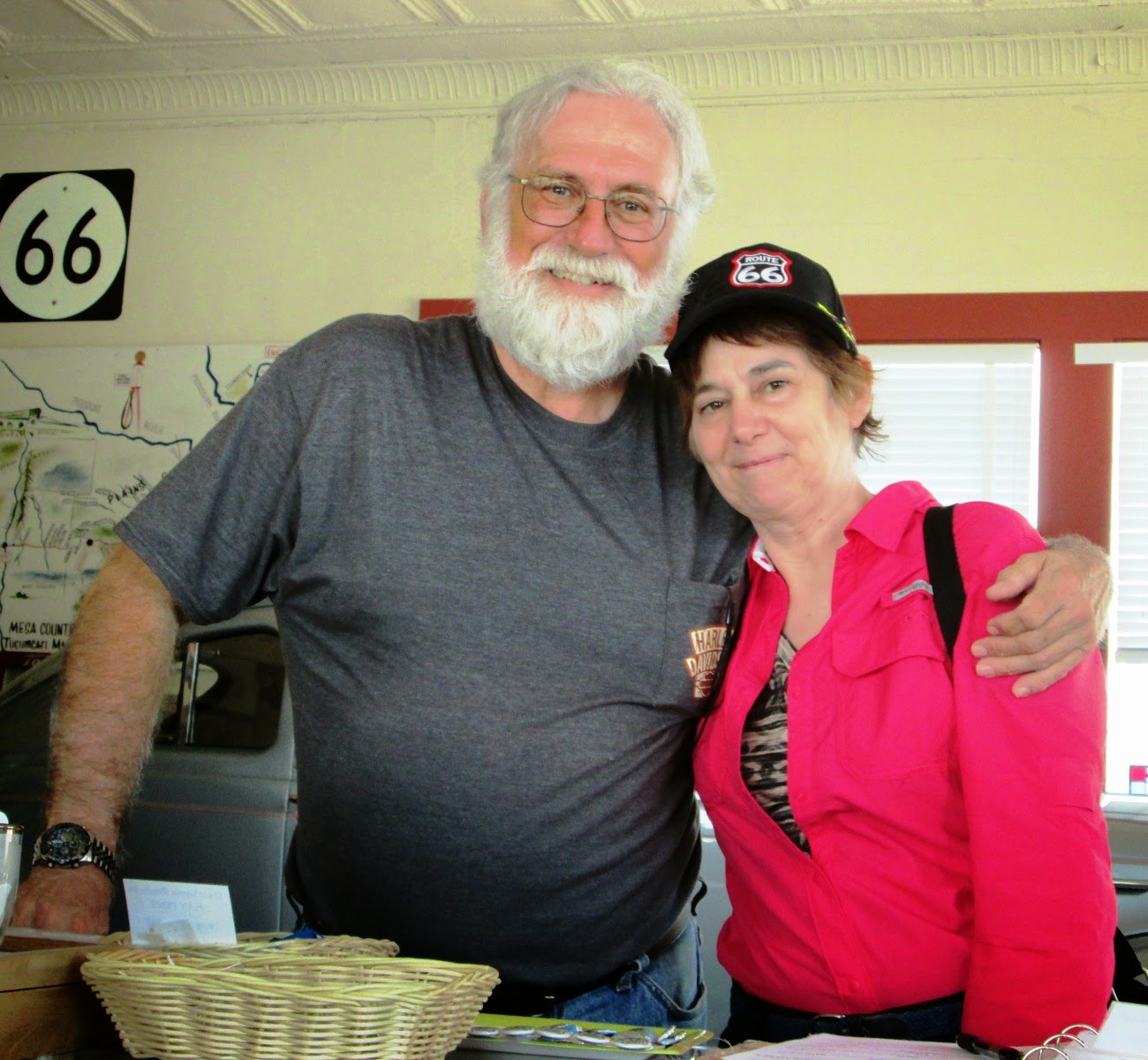 Neighbors to the north, this couple from Toronto, Ontario Canada stopped by, as did a couple that drove up from Atlanta, GA to explore the Oklahoma portion of Route 66.  Finally, our friend Greg Gaszak stopped in to resupply some much-needed merchandise which had depleted over the winter.  Greg has the most wonderful caps, flags, and pins, and he also has designed and manufactured the t-shirts I sell at the Station.  Soon, we will have some new t-shirts which are very different and extremely eye-catching.  As soon as they come in, I'll let you all know.  I  think  you'll like them.