Holy Moly, what a day at Afton Station on Route 66!   It was crazy and fun and very, very tiring.   Since I'm still recuperating from my back ailment thus still using a walker to get around, I was actually spared the majority of the chaos.  My dear helpers -- Ron M., Robin (home from vacation), Betty, and Sue did most of the heavy lifting.  Betty's sister Marlene, videographer P.J. and  Marly's mother Judy were also there to lend a hand.

The reason for all the activity was a visit from 30 members of the Arkansas Tin Lizzies Model T club on top of 42 other visitors from here and there, and it felt like they all came at the same time!   There wasn't a moment of tranquility at the Station today.   I wouldn't have it any other way.

Here are some photos: 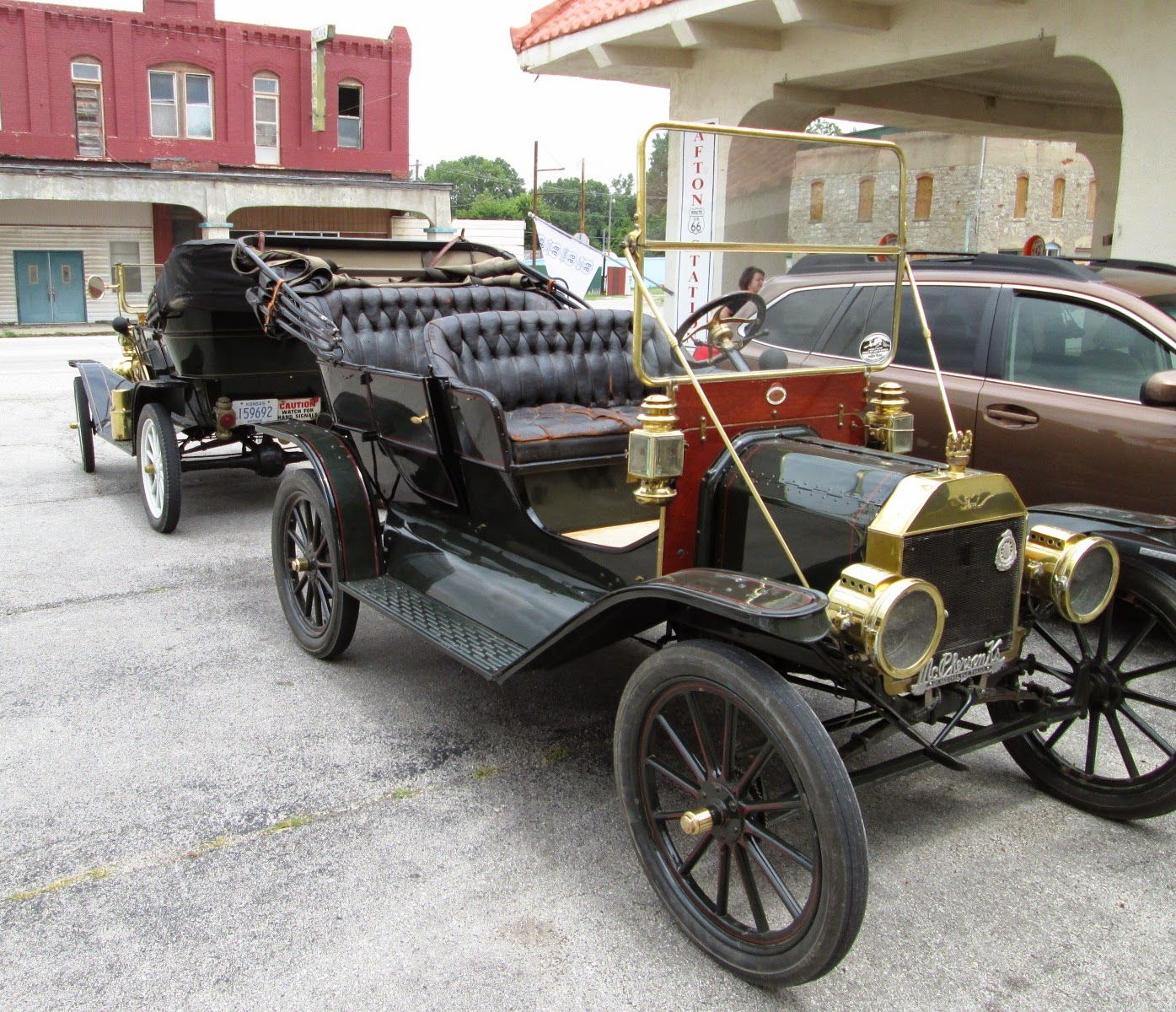 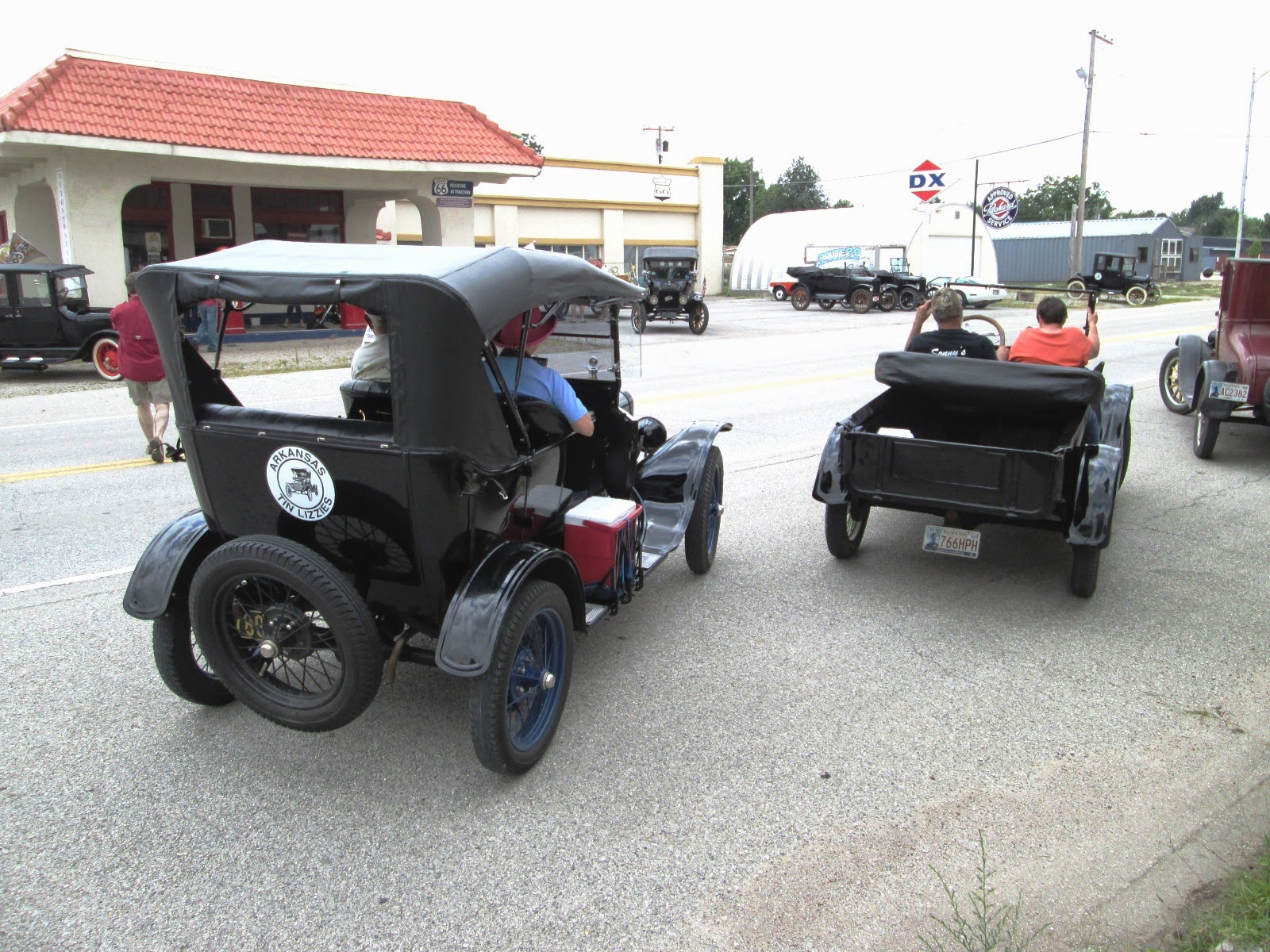 Beautiful cars all over town!  I especially love the highly polished brass on some of them. The people driving them couldn't have been nicer and were obviously having fun on their 4-day cruise around the area.  We were so pleased that they chose Afton Station as one of their stops. 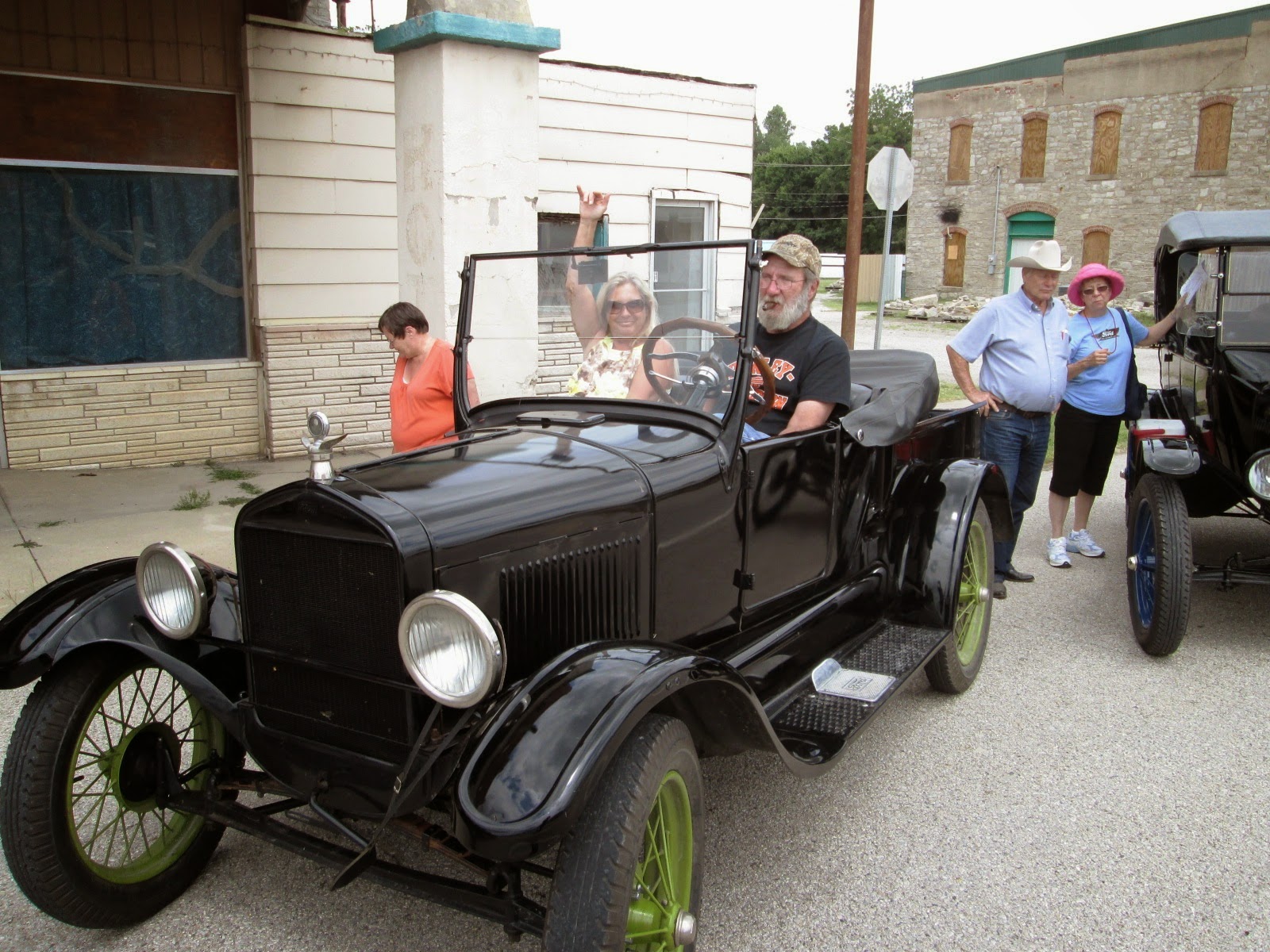 Robin got a ride with one of the drivers. 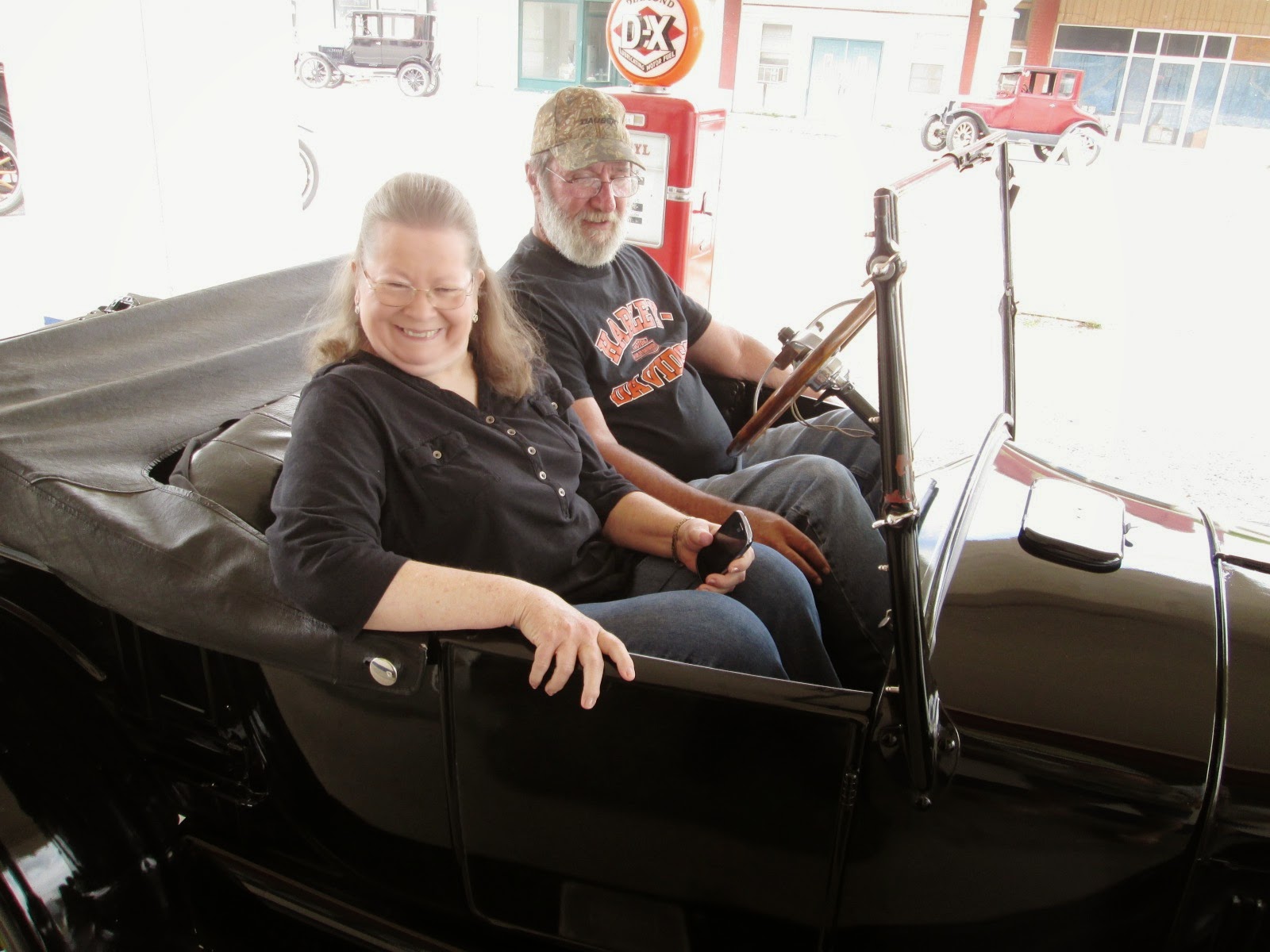 And so did Judy. 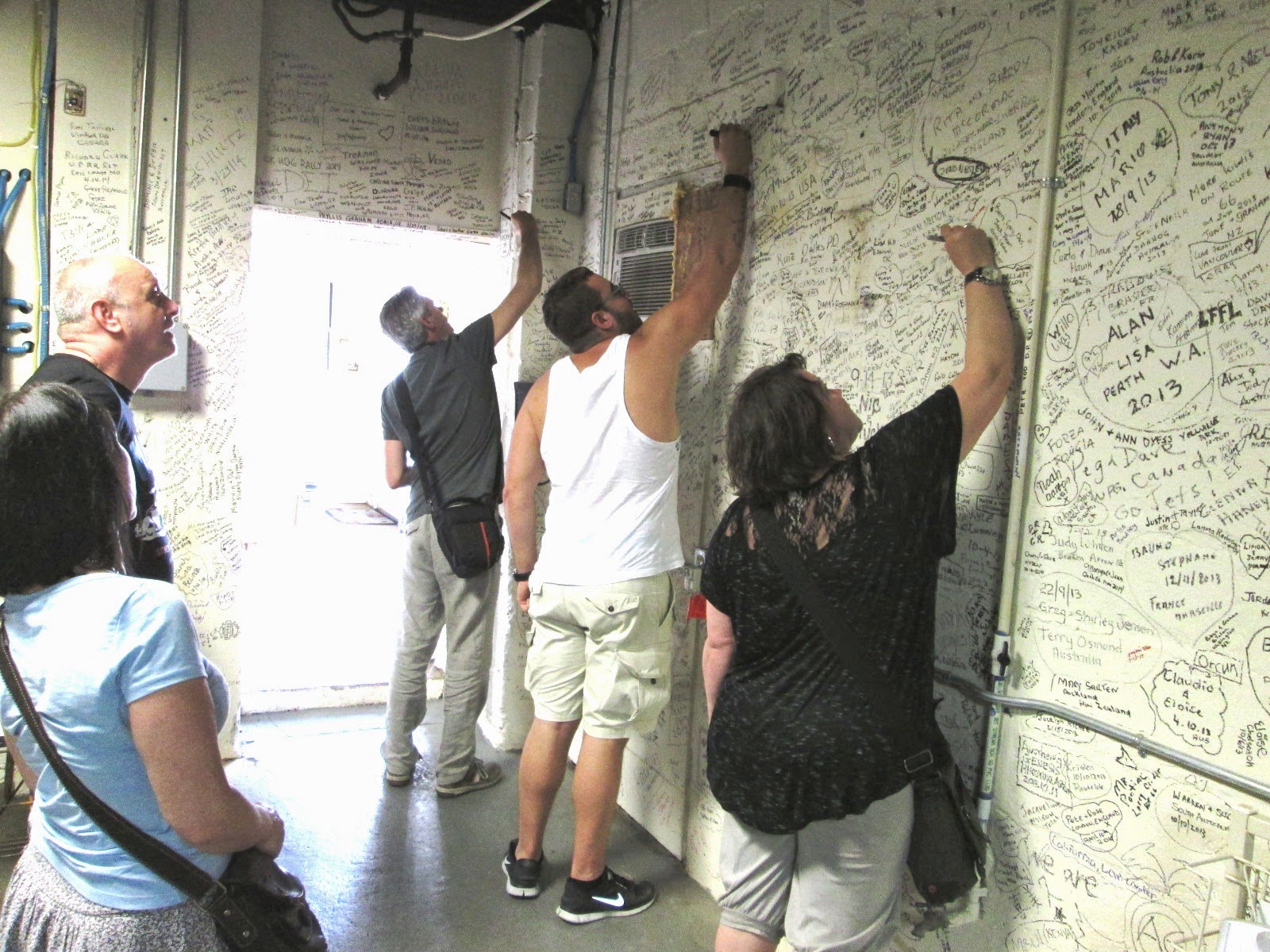 The folks signed the walls...

..... and played the penny squashing machine. 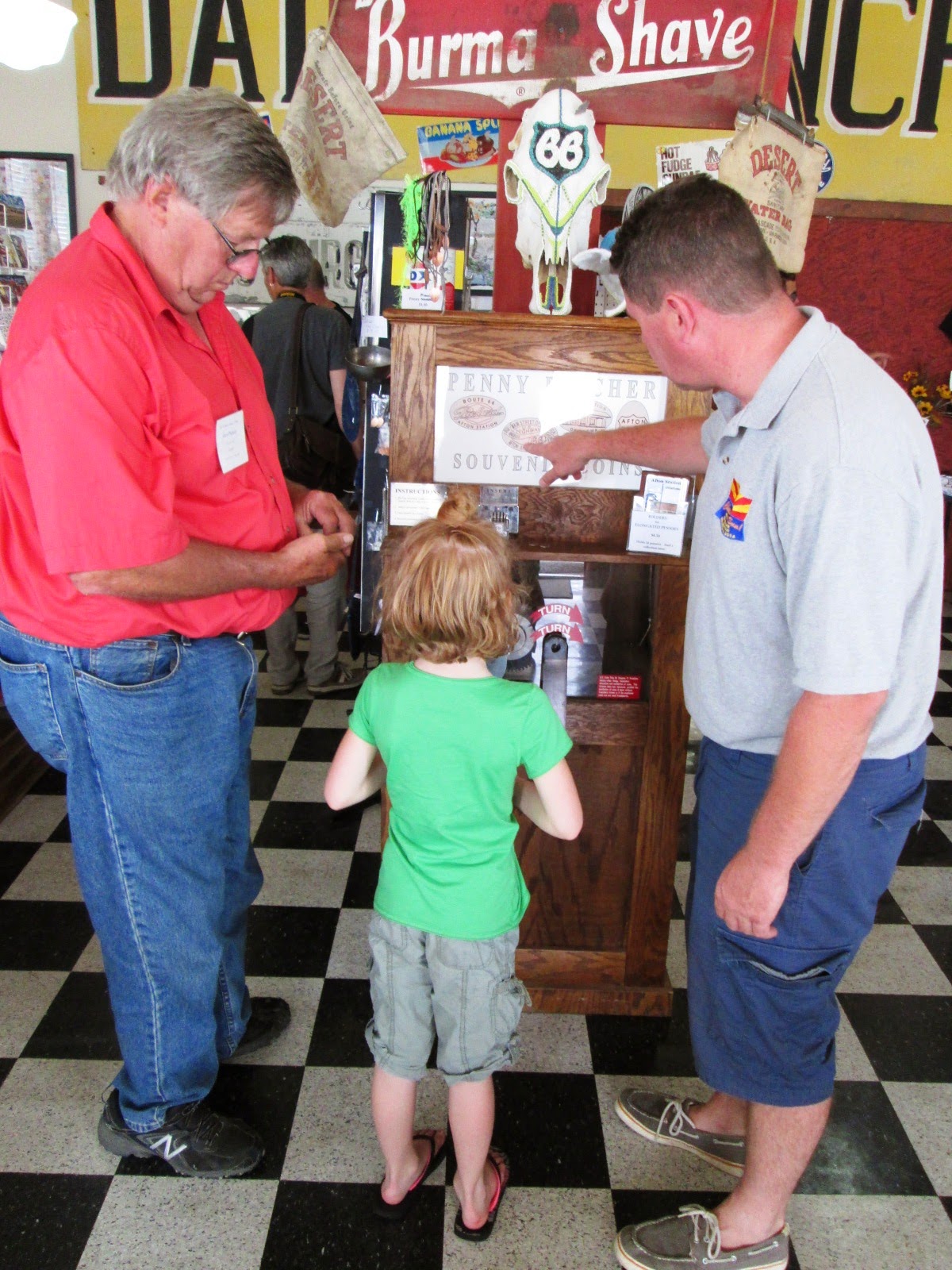 Meanwhile, other visitors came from as far afield as Geneva, Switzerland. . . 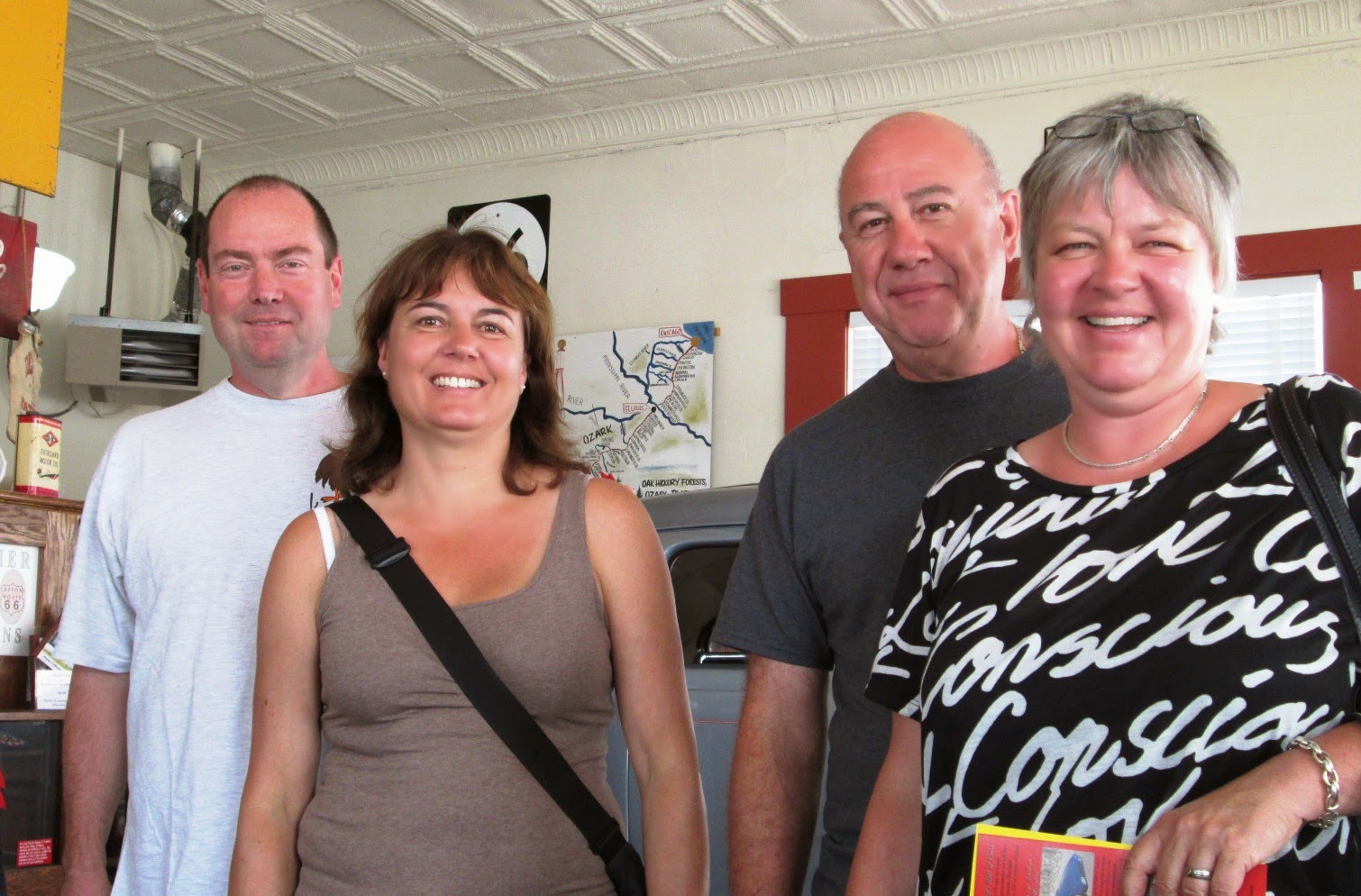 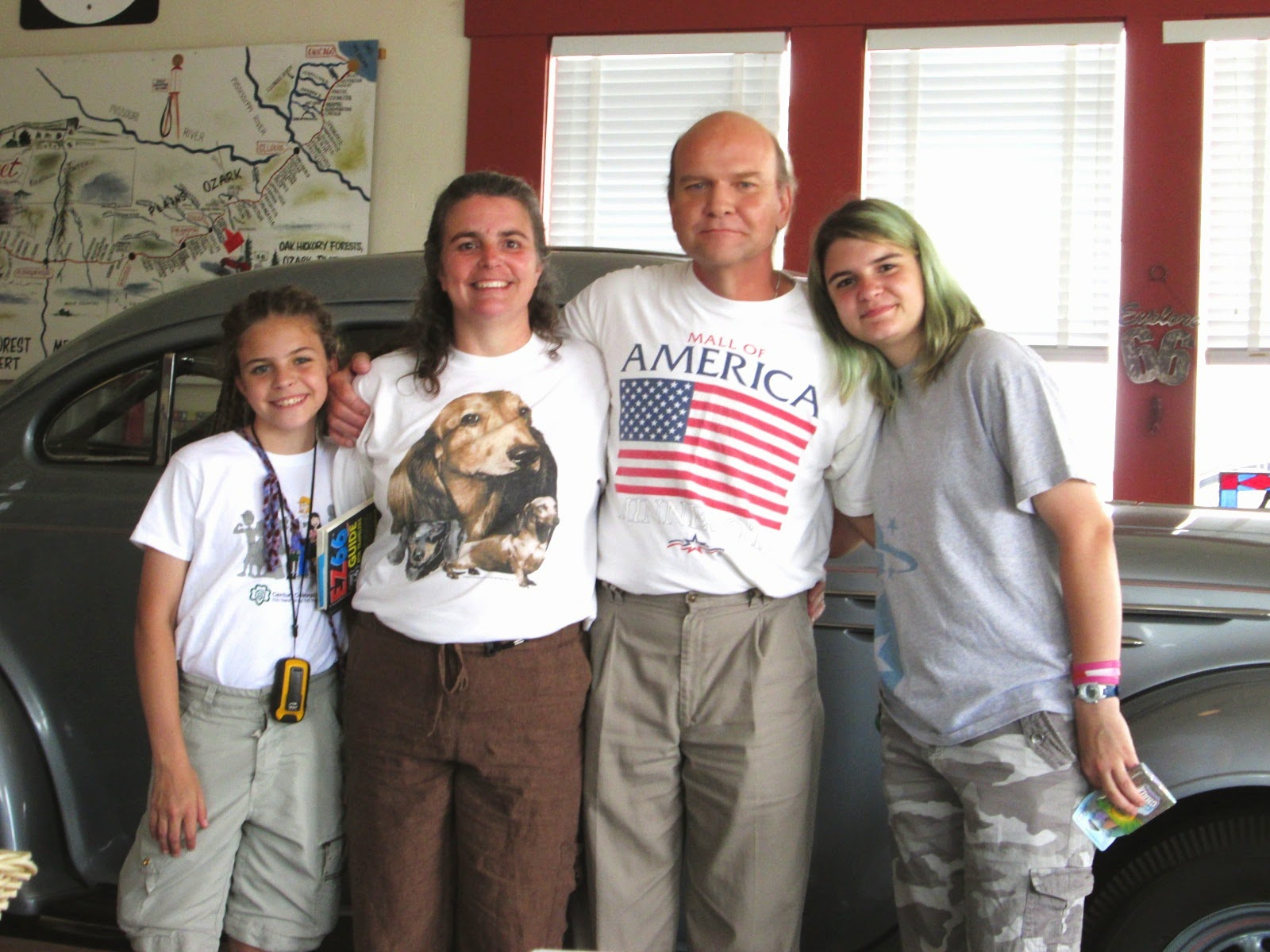 . . . Fort Sill, Oklahoma (here taking some pics of Tattoo Man's car when Tattoo stopped by briefly on his way to Carthage, Missouri. 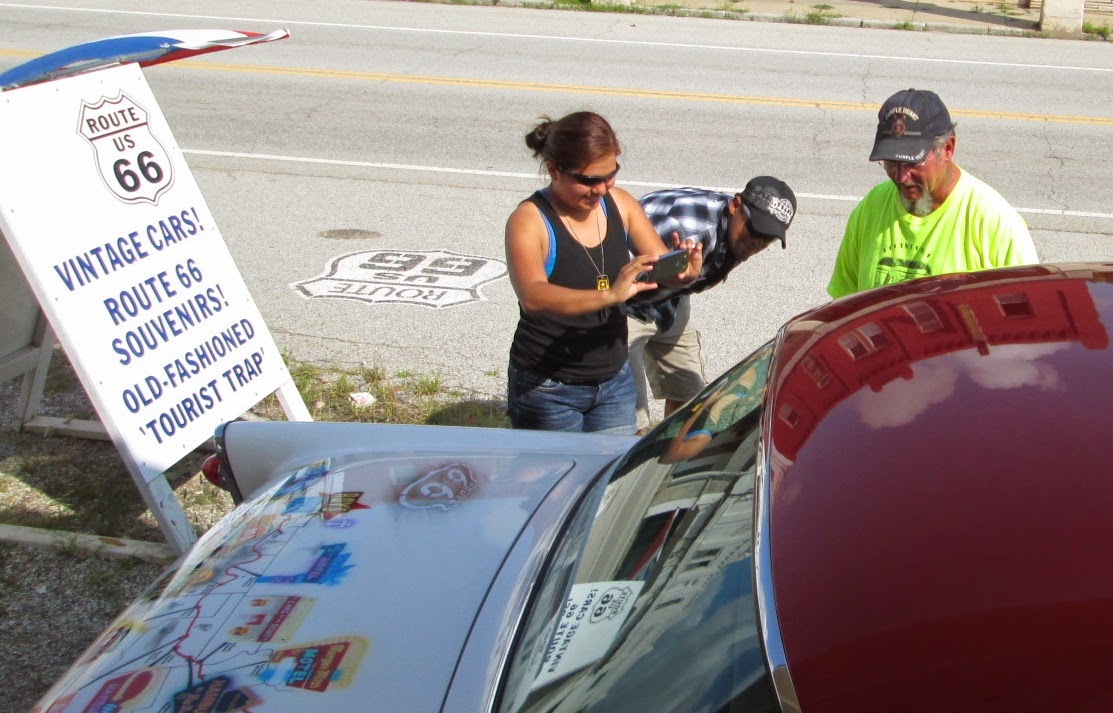 And our other visitors hailed from Chaund de Fonds Switzerland,  Barcelona Spain, Kansas City MO, Jackson Hole WY, Pineville MO, and Commerce, Tulsa, Norman, Vinita and Oklahoma City, OK.  It was a glorious day and we certainly enjoyed meeting all the intriguing people.

And by the way.... the day started out rather interesting as Ron M. and I were driving through heavy fog to get to Afton this morning.   Suddenly, out of the fog came four horses followed by two donkeys followed by a lone cow... all having obviously escaped their fenced in pasture and decided to take a little hike across the road.  We saw them in plenty of time to stop, and I hope they found their way home before any more traffic threatened their existence. 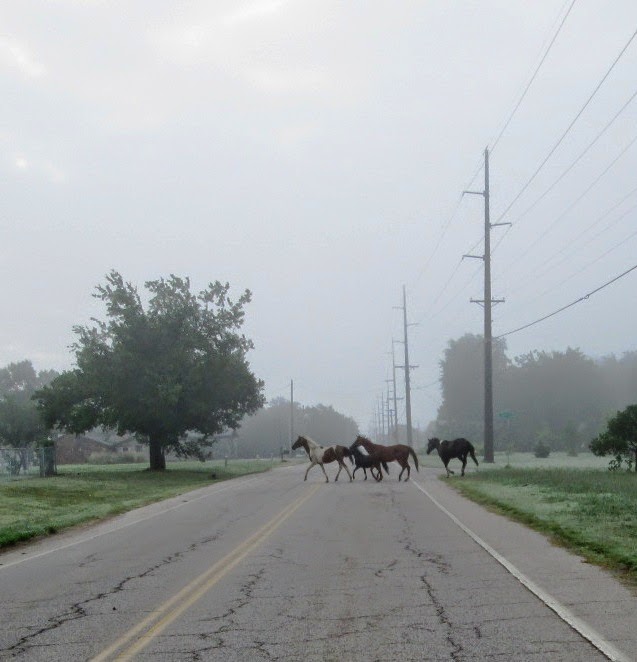