Two In A Row

We're hitting the jackpot at Afton Station this weekend.   We've had lots of groups, individuals, and friends drop in on both Friday and today.   Sue was working yesterday and had the pleasure of meeting travelers from all over the world.    Yesterday it was a group of Norwegians, as well as people from Australia and Scotland.   This morning, the focus was on a group of Corvette owners from Tulsa on a cruise.  After they left the Station, most of them were heading to Kansas City for a meeting of the National Corvette Restorers Society.    My friend and expert videographer P.J. came to interview and film the group.   I'll post his work when he sends it to me.  Meanwhile, here are some of Ron M's pictures: 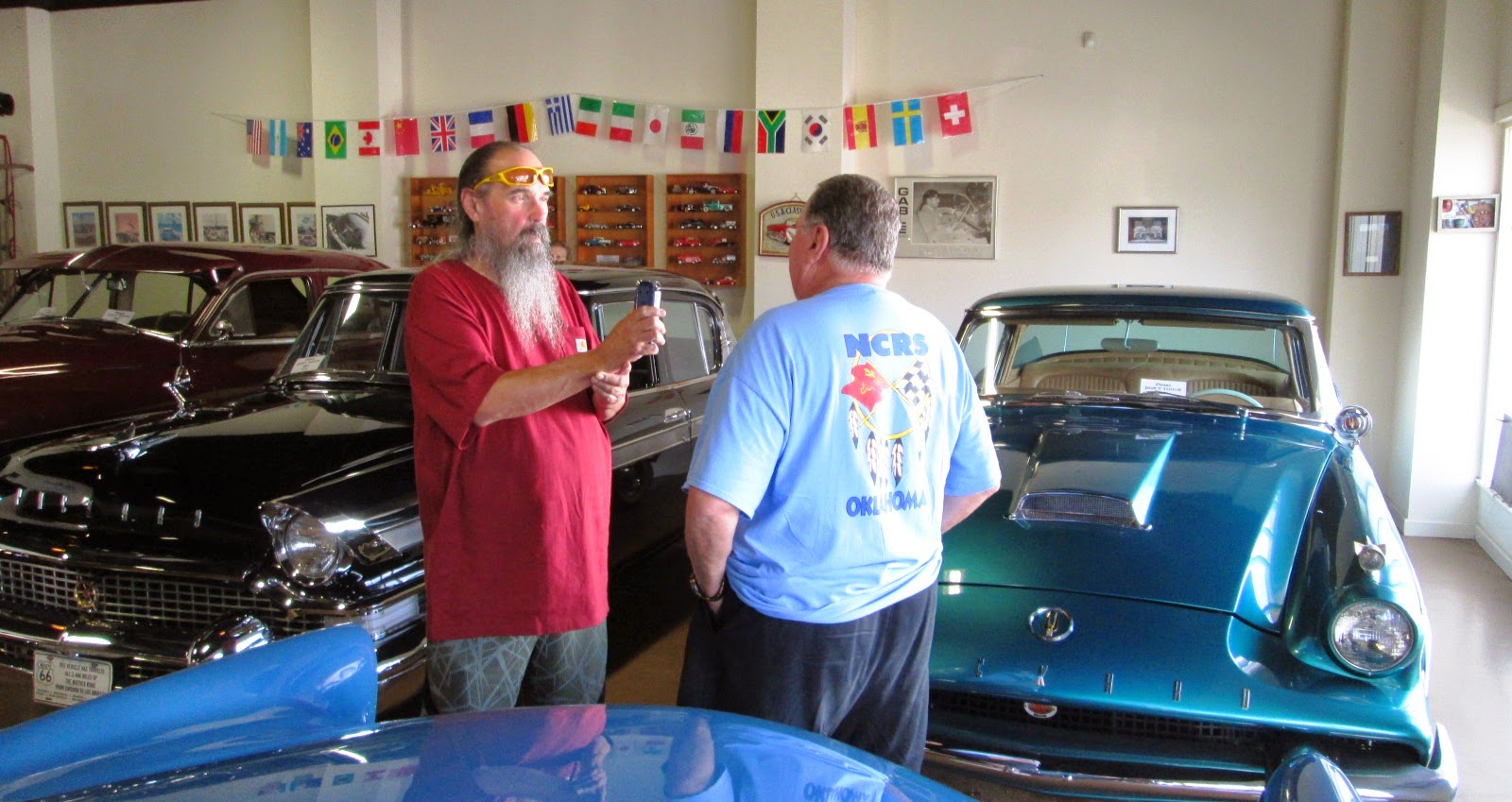 P.J. interviewing a member of the Corvette group. 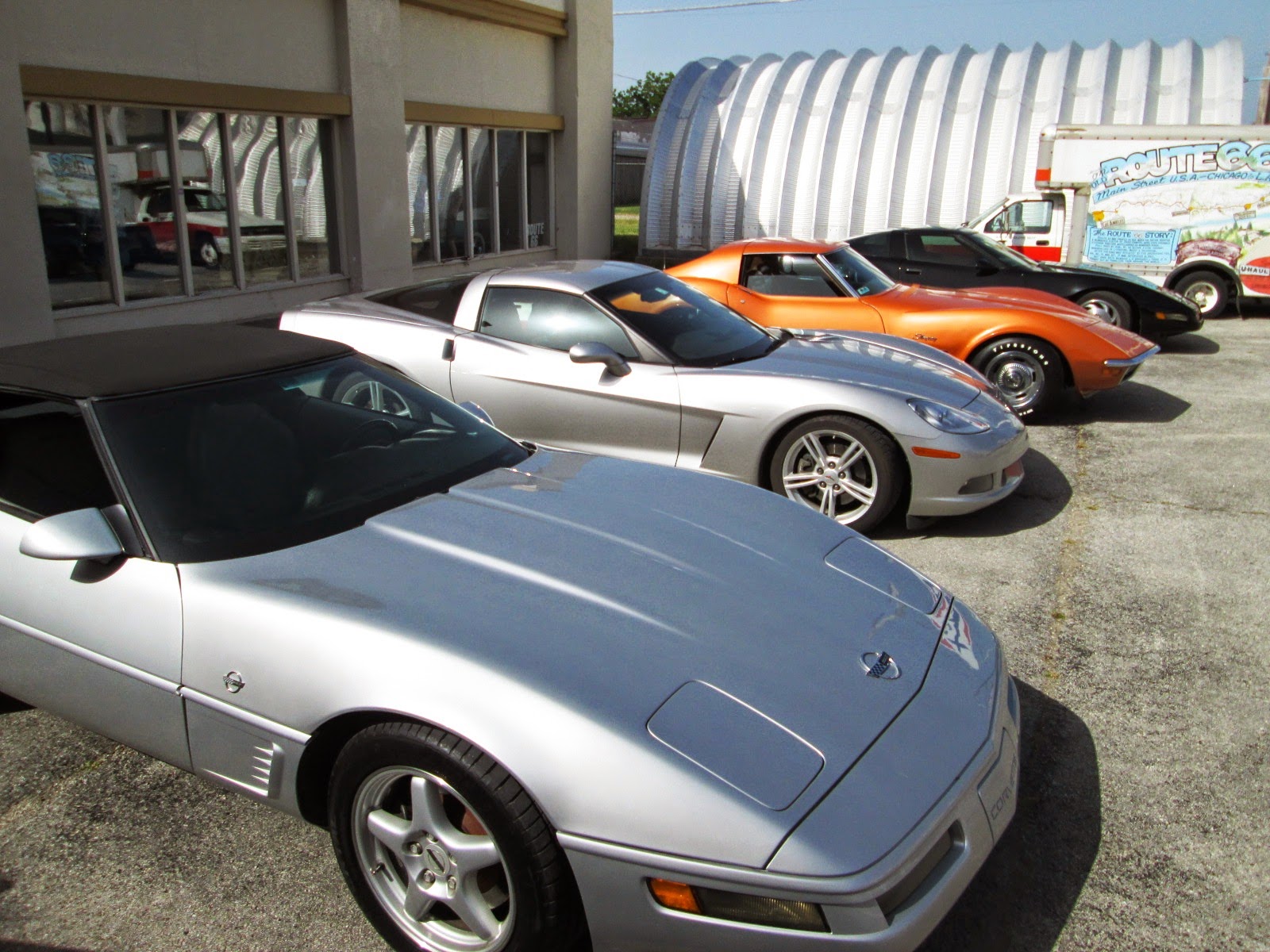 In the afternoon, our favorite tour guide, Dale Butel from Australia, brought his tour group (as he always does) and the Aussies once again swarmed all over, showed genuine appreciation for the antique cars, and bought lots and lots of mementos of their trip.  There were 31 people in his group this time. 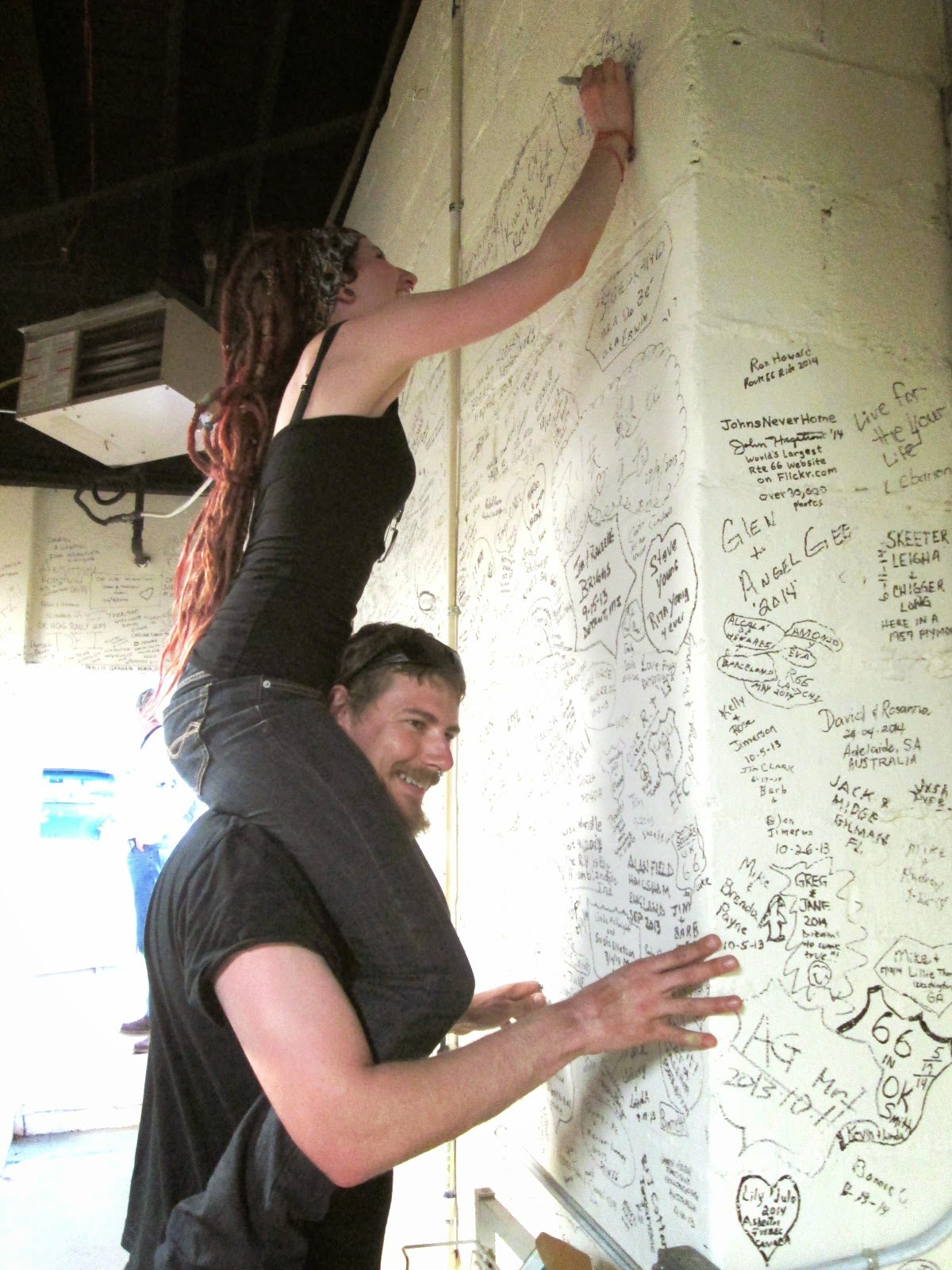 These Aussies had an ingenious method of signing our wall.   That there's no space left near the bottom wasn't a problem for them! 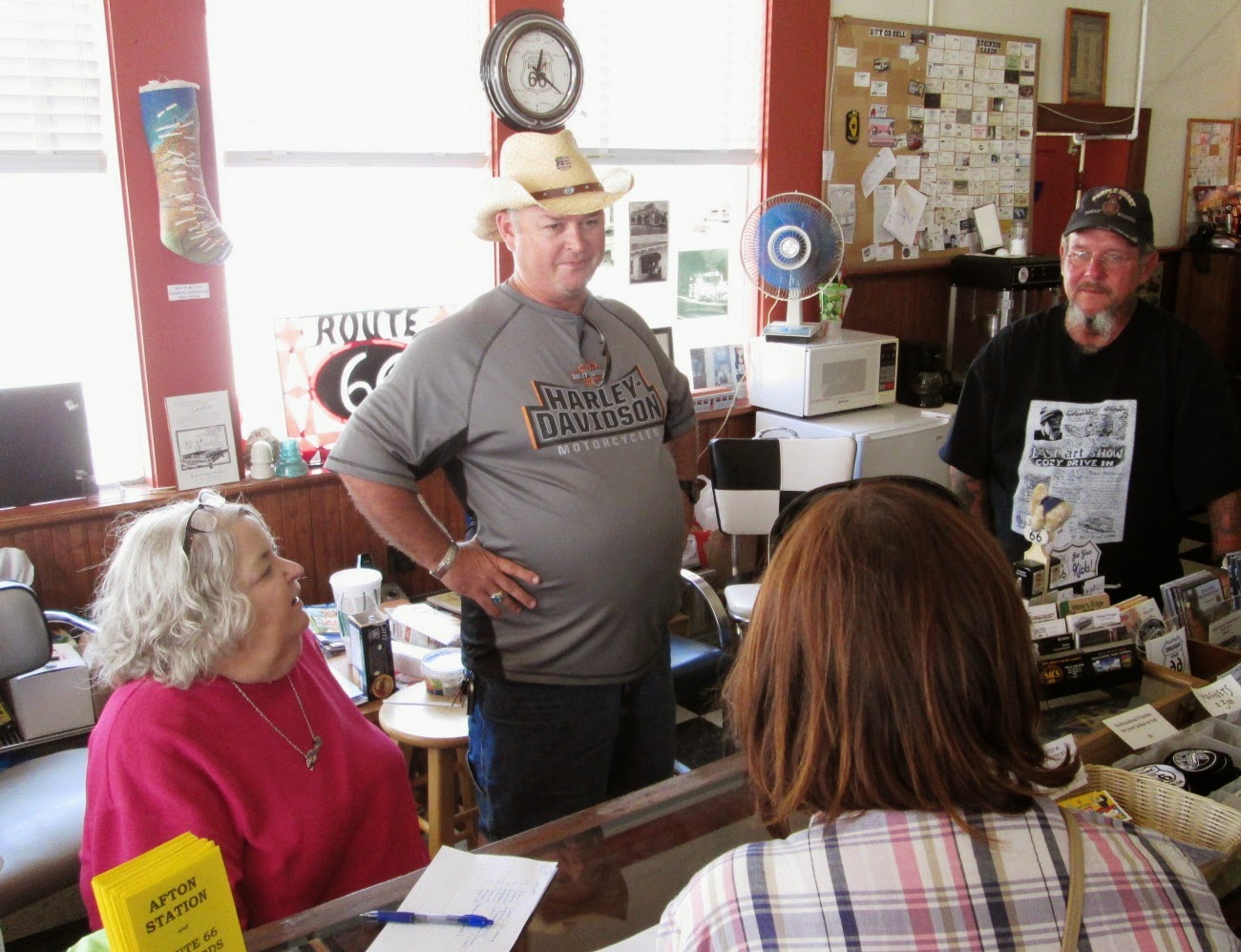 Here's Dale (in the cowboy hat) chatting with Tattoo Man, a customer, and me 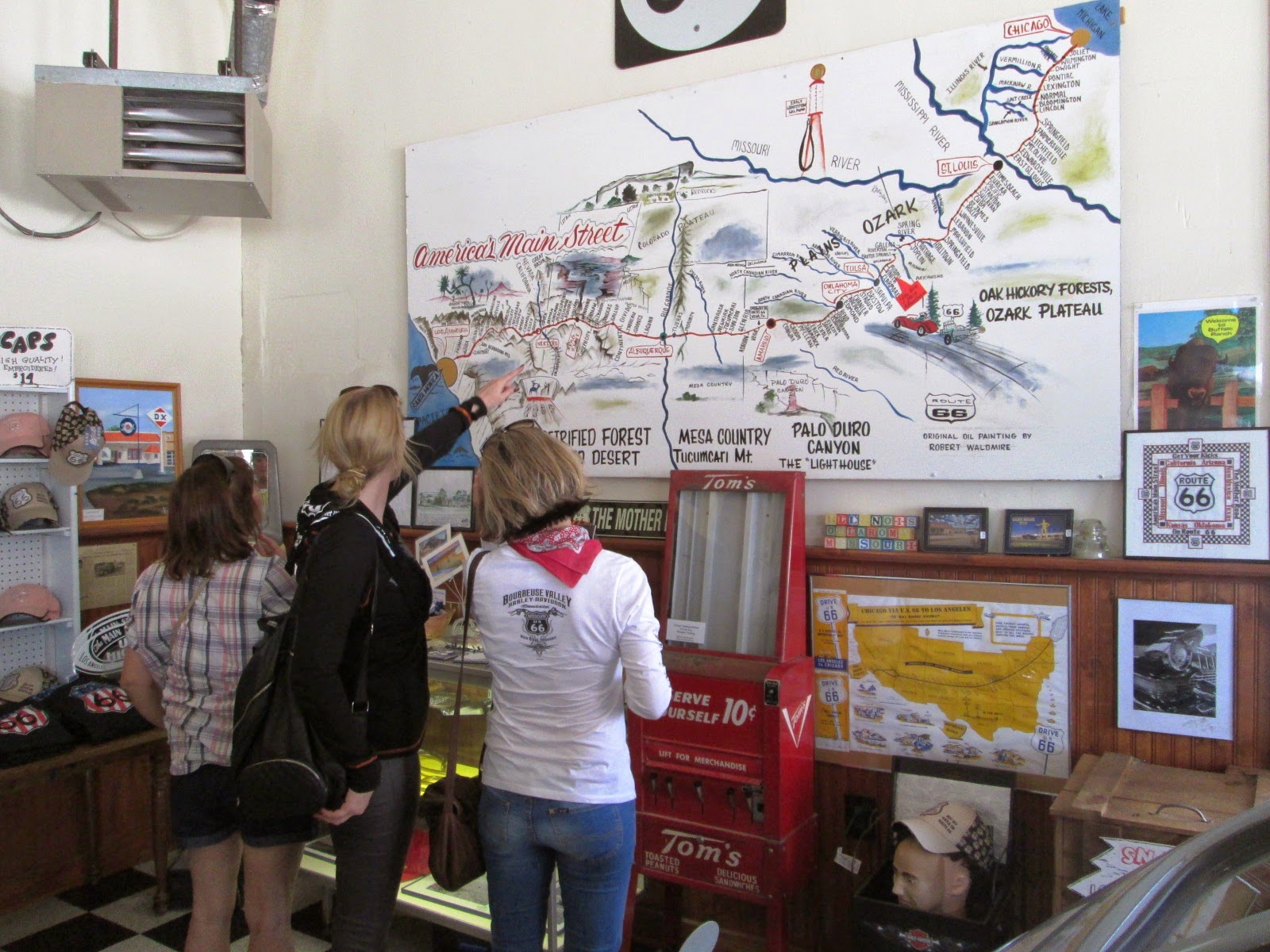 Meanwhile, some other members of the tour were checking their route with the help of Bob Waldmire's wonderful map. 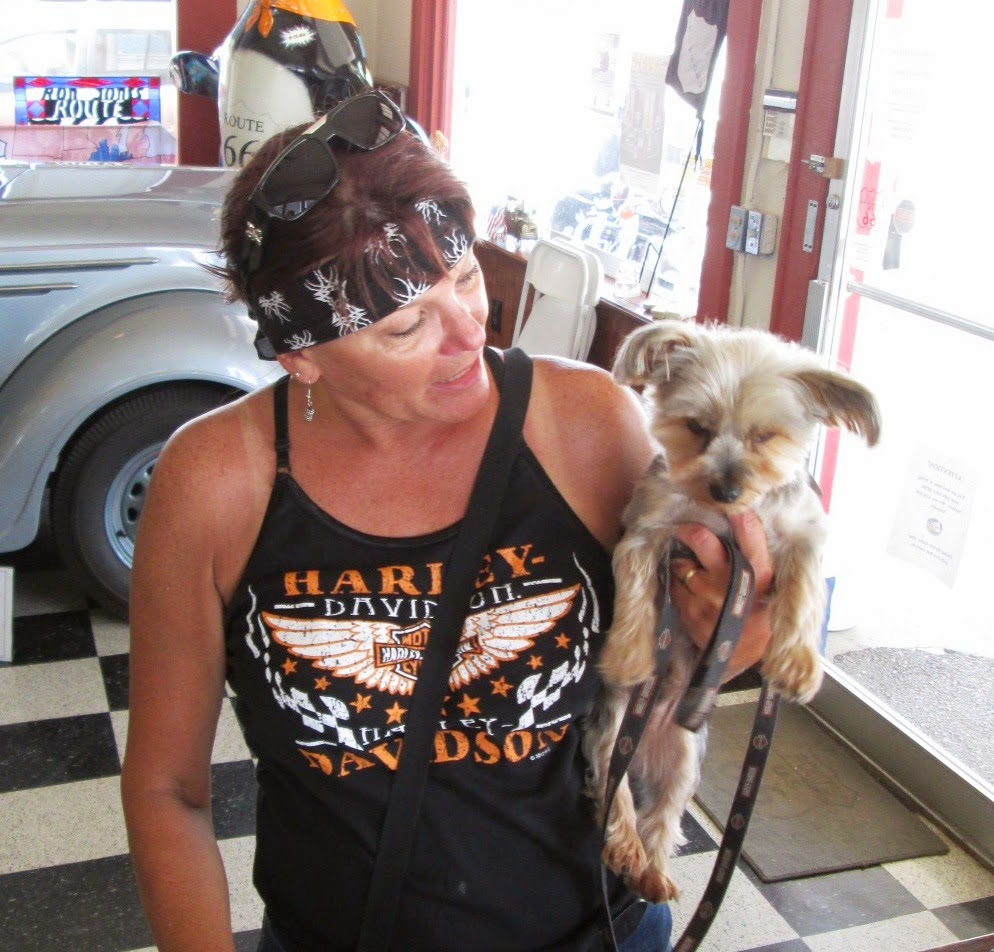 Tucker, a very cute pup, brought is family from Jonesville, Michigan to visit. 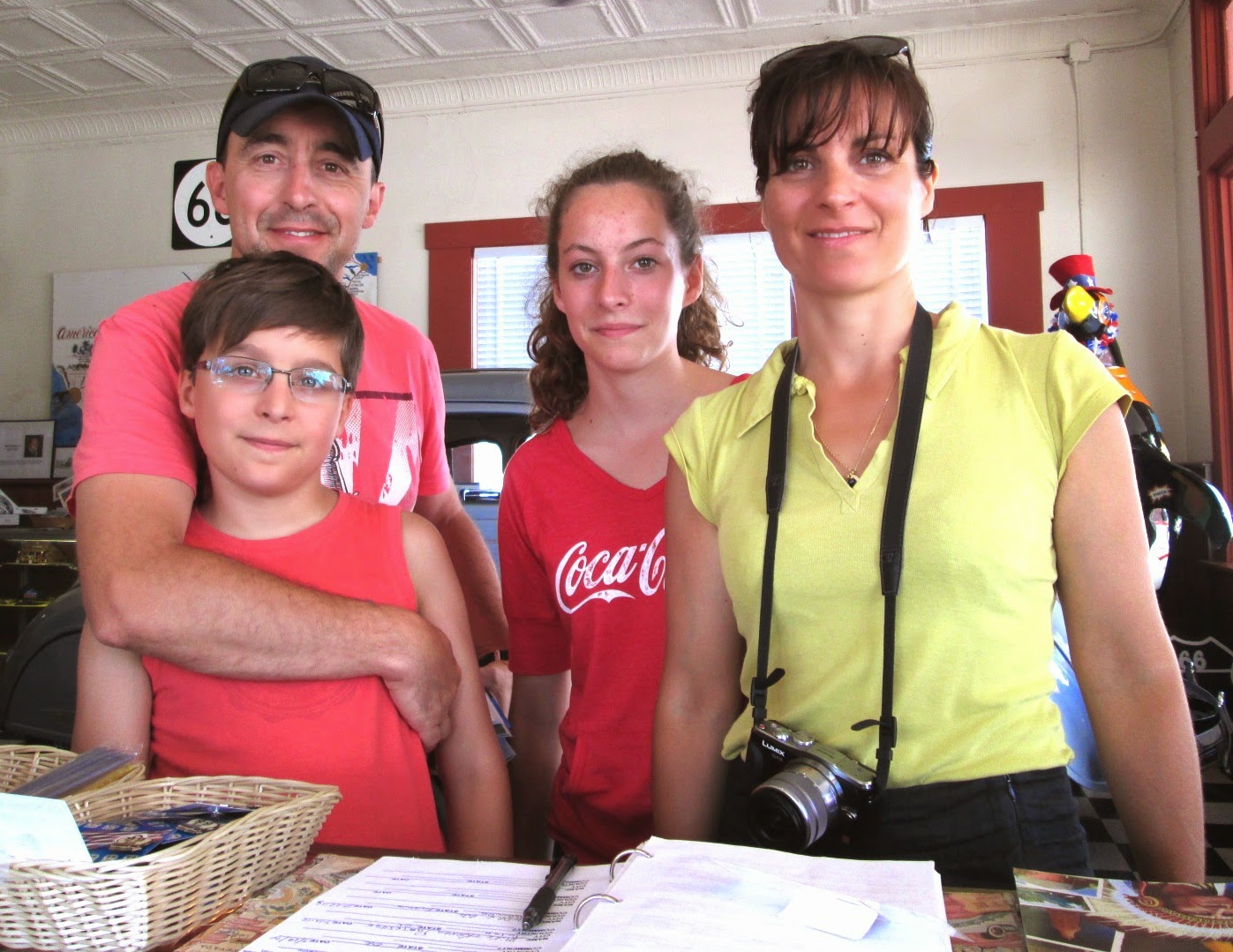 And this family of four from Strasbourg, France also came to call.   Bon jour! 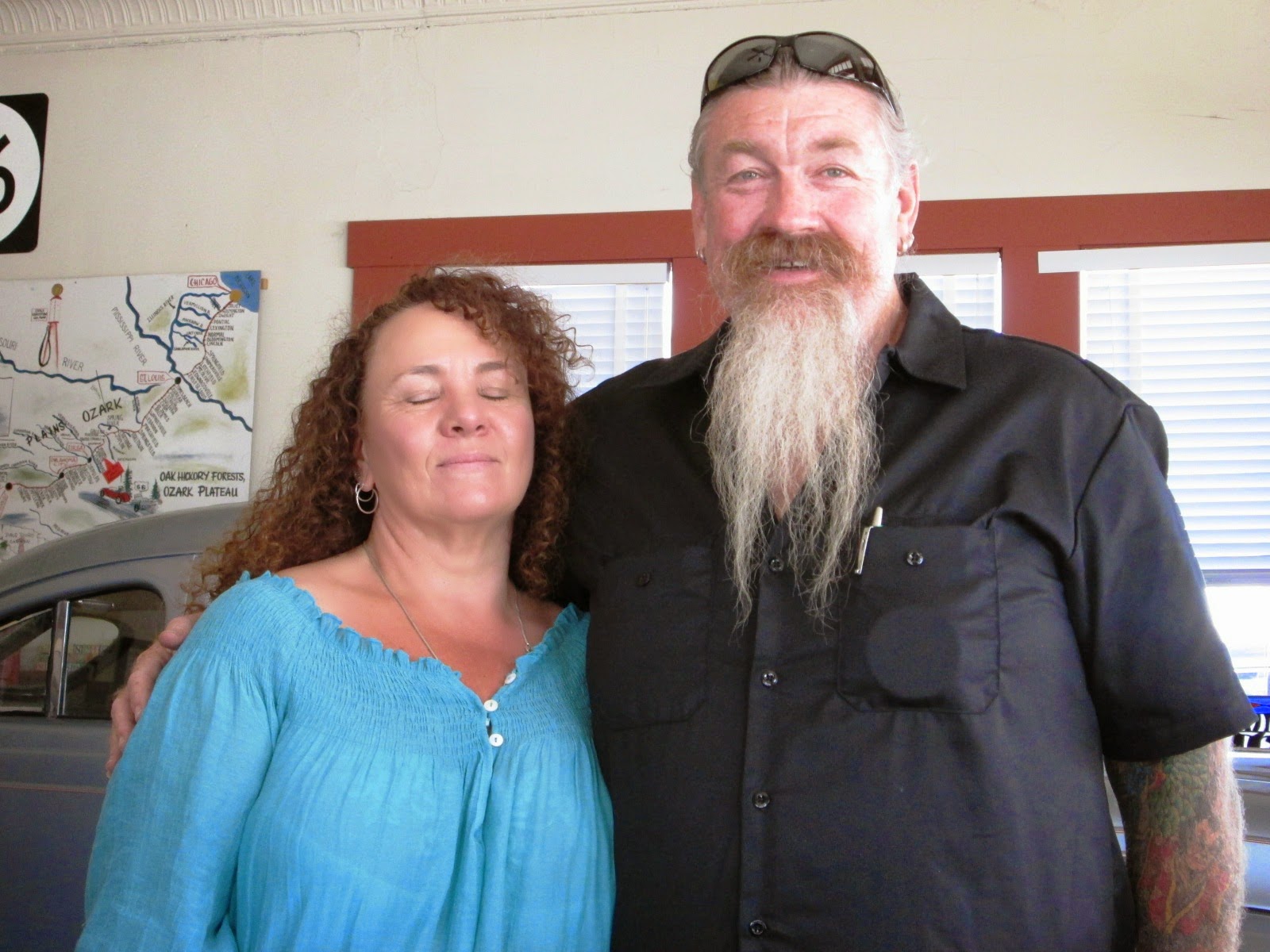 These Aussies were traveling independently and weren't part of Dale's group.  They're from Victoria..

Sue will be working tomorrow as I have to go to a meeting at the J.M. Davis Arms and Historical Museum in Claremore.  I've never visited there, so it should be interesting to see what's billed as the largest collection of guns in America.  I'm not a huge fan of guns, but I understand there are some very nice historical exhibits  there, too.  Of course, I'll report here tomorrow.