Where Have I Been?

I'm back, but now I have to figure out where I went!  I set out early this  morning (just before dawn, actually) and headed north.  I had no particular destination in mind, thus I didn't do any homework before I jumped in the car.  The state of Kansas is always good for a quick road trip, so I headed north on Rt. 75 toward Bartlesville, OK.  Nothing new there, since I've spent lots of time there in the past, but because there was no other traffic, I was able to stop long enough to snap this bad photo of the well-known water tanks in the city, labeled Hot, Warm, and Cold.  A cute touch. 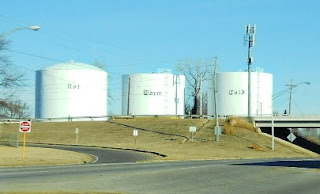 I drove straight through Bartlesville to Dewey (still in OK) and cruised around the sleeping Sunday town.  I stopped long enough to take a photo of the historic Dewey Hotel, which is now a history museum. . . 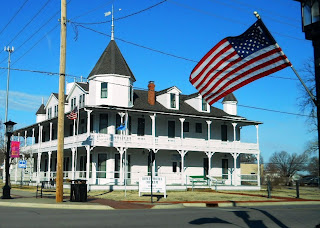 . . . and the Tom Mix Museum next door.  Both were closed at that hour.  You can read about Tom Mix and his museum at www.tommixmuseum.com. 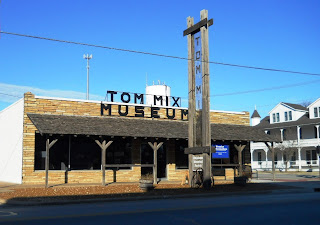 From Dewey, I continued north over the Kansas/Oklahoma border to the small town of Caney, turned west and followed a gravel road for 20 miles across the Hulah Lake State Game Management Area.  I didn't expect the gravel, but it was certainly manageable.  In fact, it was fun to see no other cars for miles and miles.  Occasionally, I passed single-structure settlements such as the Cascade Community (below).  According to my research,  the community was first settled in 1860.  There was an Indian Trading Post with a stage coach stop there, and Cascade was also a stopping point for soldiers enroute to Santa Fe, New Mexico. 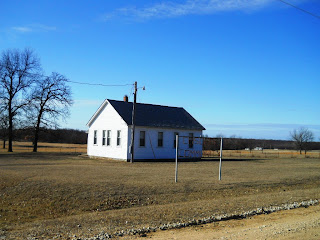 Another outpost was Jonesburg.  Its post office was established in 1877 and discontinued as early as 1903.  It, too,  had just one remaining building. 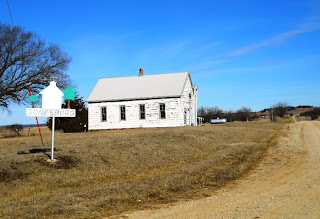 I look forward to taking this gravel trail again in the spring or summer when trees have leaves and there's some color in the landscape.  It really is a lovely but lonely place. 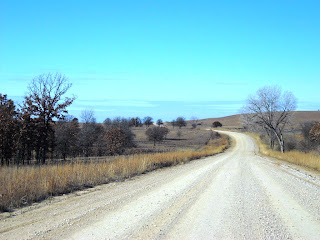 The return trip took me through Pawhuska, Hominy, and Skiatook, OK.   Near Tulsa, I passed under the leading edge of the front which, at this writing, is sitting over Tulsa and is supposed to bring a touch of snow or sleet early tomorrow morning.  I was able to catch a photo of the distinctive cloud edge as I drove back to the city. 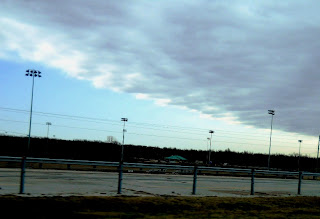