It Was A Wedding!

It was our first Afton Station/Route 66 wedding!    At 1:30 p.m. yesterday, June 13, the hands of longtime companions Sue Cowart and Marly Carpenter were joined in matrimony at a small (very small) ceremony at the Station.

A couple of months ago, I got myself "legalized" as a marriage officiant by making a trip to the county courthouse and signing my name on a couple of lines.  That was all there was to it, and now I"m able to marry anyone in the state!    Marly and Sue, who have been together for 13 years, decided it was time to tie the knot officially, but they wanted to do it completely informally and without any sort of fanfare.  So, our little Afton Station gang jumped right in.   Betty was in charge of decorations . . . and one of her amazing strawberry cakes. . . 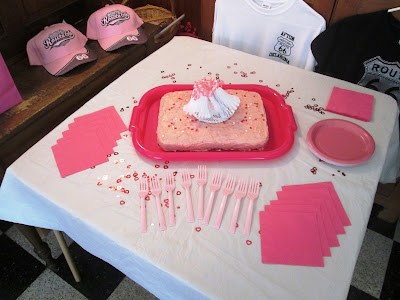 Robin got the cameras loaded. . . 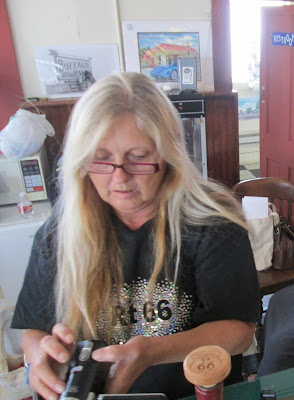 . . . and the appropriate papers were signed and sealed. 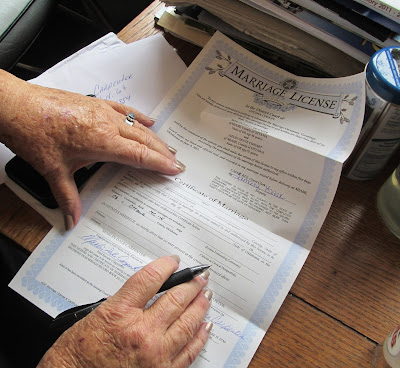 Ok, let's get this show on the road!   Betty and Ron M. were witnesses and ring bearers.  The bride's floral bouquet was provided by Ron M. 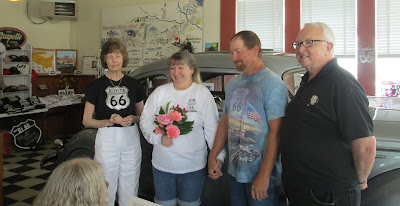 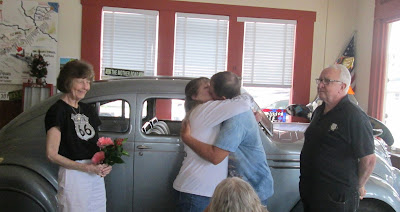 The lady who did the officiating cried.  (That was me.), and then it was over, culminating in the traditional great big smooch!   The recessional, to the tune of Robin's smart phone recording of the Wedding March, was nothing short of awe-inspiring! 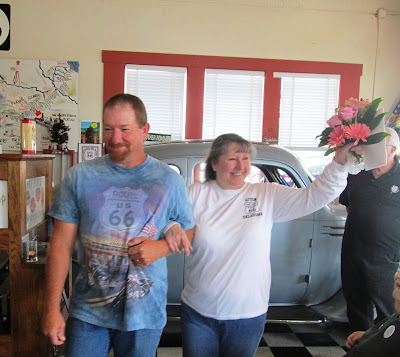 Now, let's get to that cake! 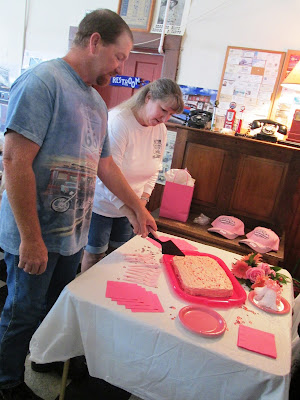 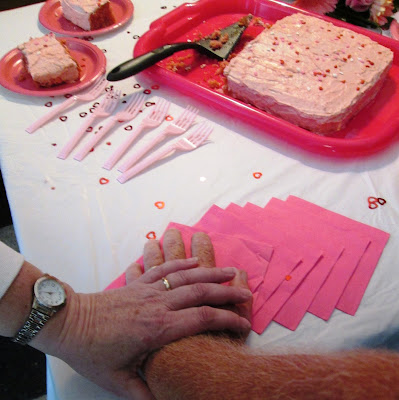 There was love in the air yesterdayd on Route 66, and isn't that what it's all about?   I don't know that I've ever spent a happier day at my beloved Station, and it's so good to know that Marly and Sue made the decision to legalize their union and they chose me to do the ceremony.  I was truly flattered.

Anybody else want to get married?  My services are available in the state of Oklahoma.  In fact, I already have a firm date for another wedding in October, and this time it's a big and formal one.  I'm so excited!.  This is so much fun that I wish I could make a career of it!
Posted by Laurel at 5:40 AM

First congratulations to Marley and Sue!

Second, I am so glad that Laurel shared this happy occasion. I'm sure it was fun for the whole gang. Laurel, why not make a career out of it. Wedding chapels are very popular.

How wonderful, continuing to build memories on the mother road...

To Sue and Marly--Best Wishes for much happiness.

Wonderful! Congratulations to Sue & Marley. What a happy day for all of you! I felt like I was there, thanks to all the photos. And that strawberry cake!!! It really caught my eye. Laurel, you are amazing. Talk about nine lives--you've just entered an amazing new one. I do wish I could have been there. I saw a lot of love going on there. Cheers, Jack.

Congratulations Sue and Marley, and Laurel!

A nicely done new chapter in the legend of Afton Station.

I hope you soon get to marry ANYONE!