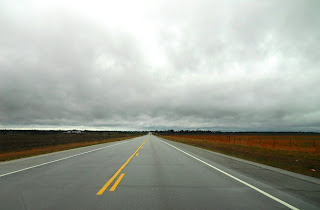 I'm not sure this day was altogether larruping, but since I just learned the word yesterday, I felt the need to use it.  Apparently, according to the Tulsa World newspaper, it's a word that probably originated in Oklahoma which means great or exceptionally good.  Although it's commonly used to describe food, it can be used to describe anything that one feels is wonderful.  And since I think that just about any day is a good day, then to me this one was larruping!

In reality, it was a gray, chilly, drizzly day, and the drizzle continued all day.  We need the rain badly, so I'm not complaining, however it didn't do much for the visitor roster at Afton Station. There were a mere 5 visitors, but they were all from out of state.   We started the day with a visit from a happy gentleman from Indianapolis, IN  and ended with nice folks from Independence, MO.  In between, this couple from Bowdon, GA entertained us with their good nature and interest in everything we offer at the Station.  They were so interested, in fact, that they bought a very large number of the goodies we offer for sale.  Can't complain about that!   I can use some good sales after a long, cold winter.  But, sales aside, we truly enjoyed this duo and wished them well as they head west on Route 66.
Mid-day, I had a call from a gentleman who is constructing a website that will feature photos of antique cars. He requested some pictures of ours, so Ron M. was nice enough to head back to the showrooms and snap a few.  I'll post three of them here, as they are images of cars that aren't as frequently photographed as some of the others.   Enjoy! 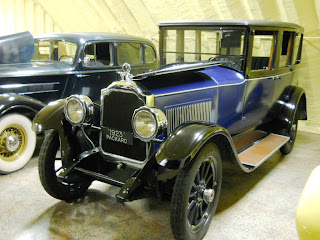 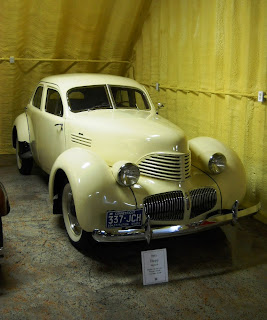 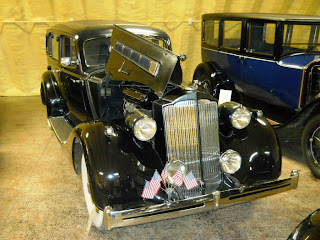