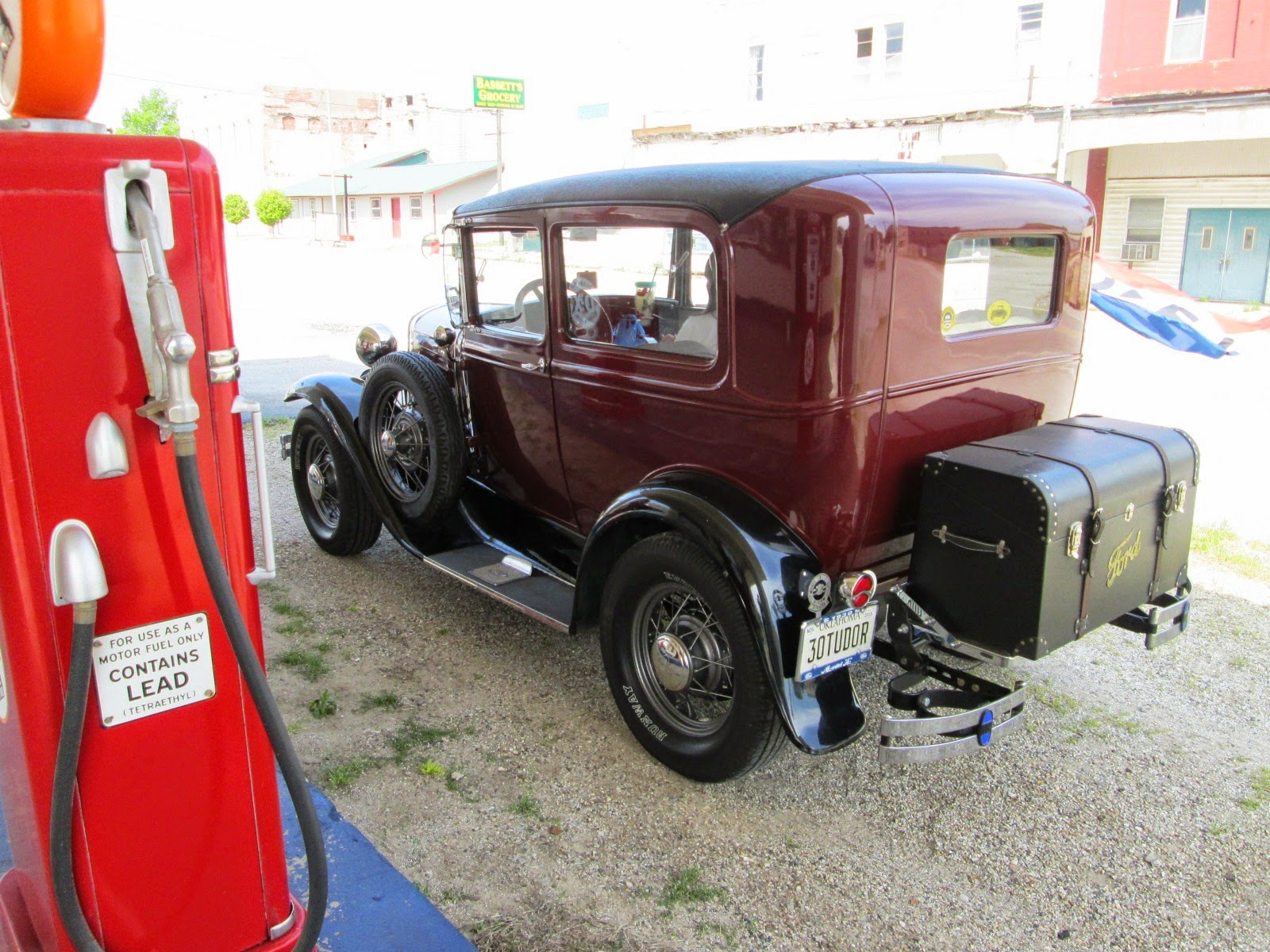 Afton Station was built and opened in 1930.   This beautiful Model A was built in 1930 as well.  Now, gaze at this photo and be transported back to the days when gas was 12 cents a gallon and you could acquire a Model A for less than $2000. Oh yeah, those were the days!

Ok, snap out of it!  Back to the 21st century, thanks to a couple from Fairbury, IL who brought us this pretty car.  They're members of the Jefferson Highway Association and were on their way home from the club's annual convention, this year in Muskogee, OK. 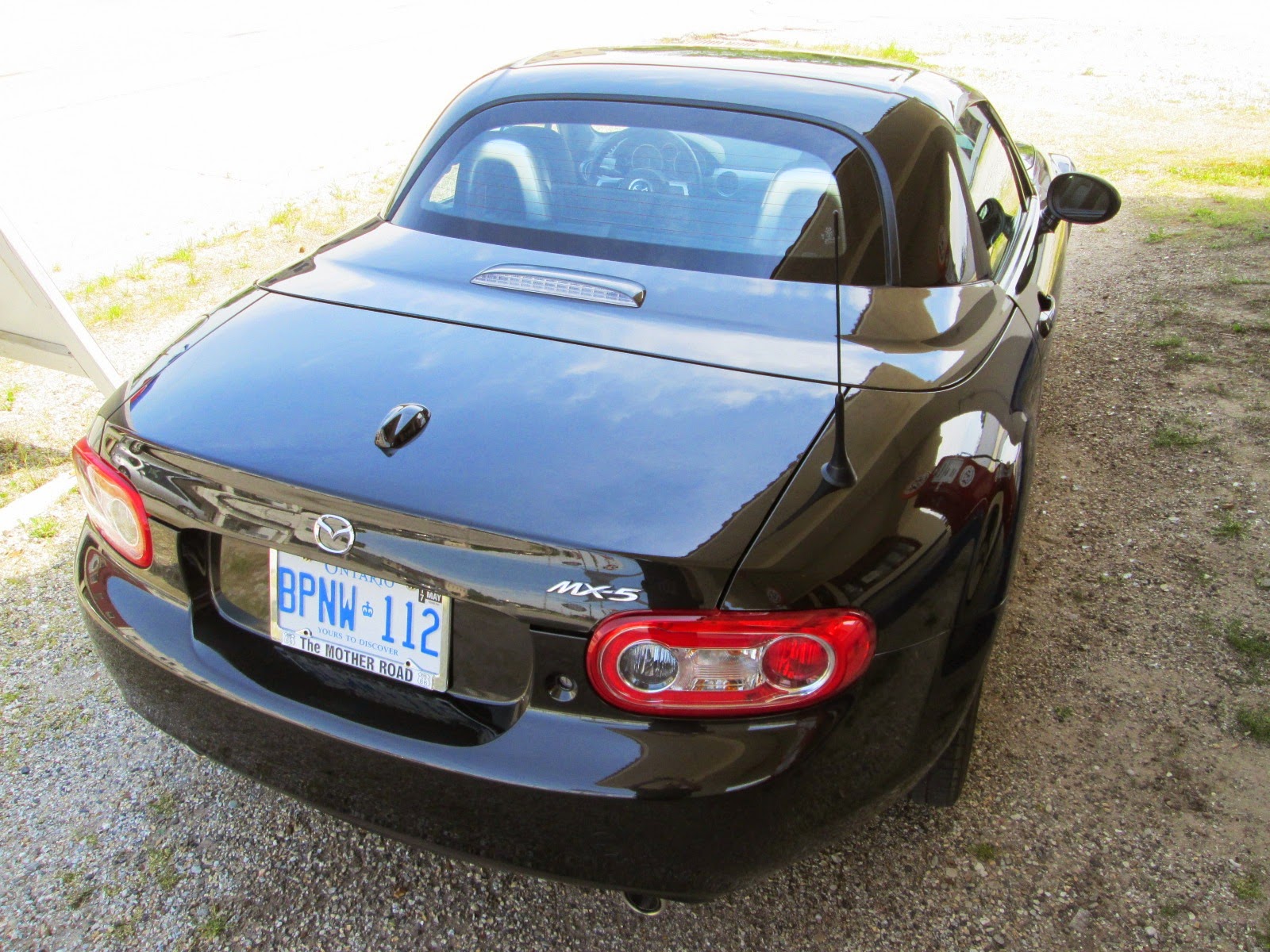 Not much later, we were truly transported back to the 21st century when a sporty Mazda MX5 pulled in, driven by this couple who drove her  here from Oshawa, Ontario, Canada.  It's not their first trip on Route 66, but as you can see from their faces, they still find great pleasure in the ride.  Hard to blame them on such a beautiful day!  Those are smiles reserved for repeat customers! 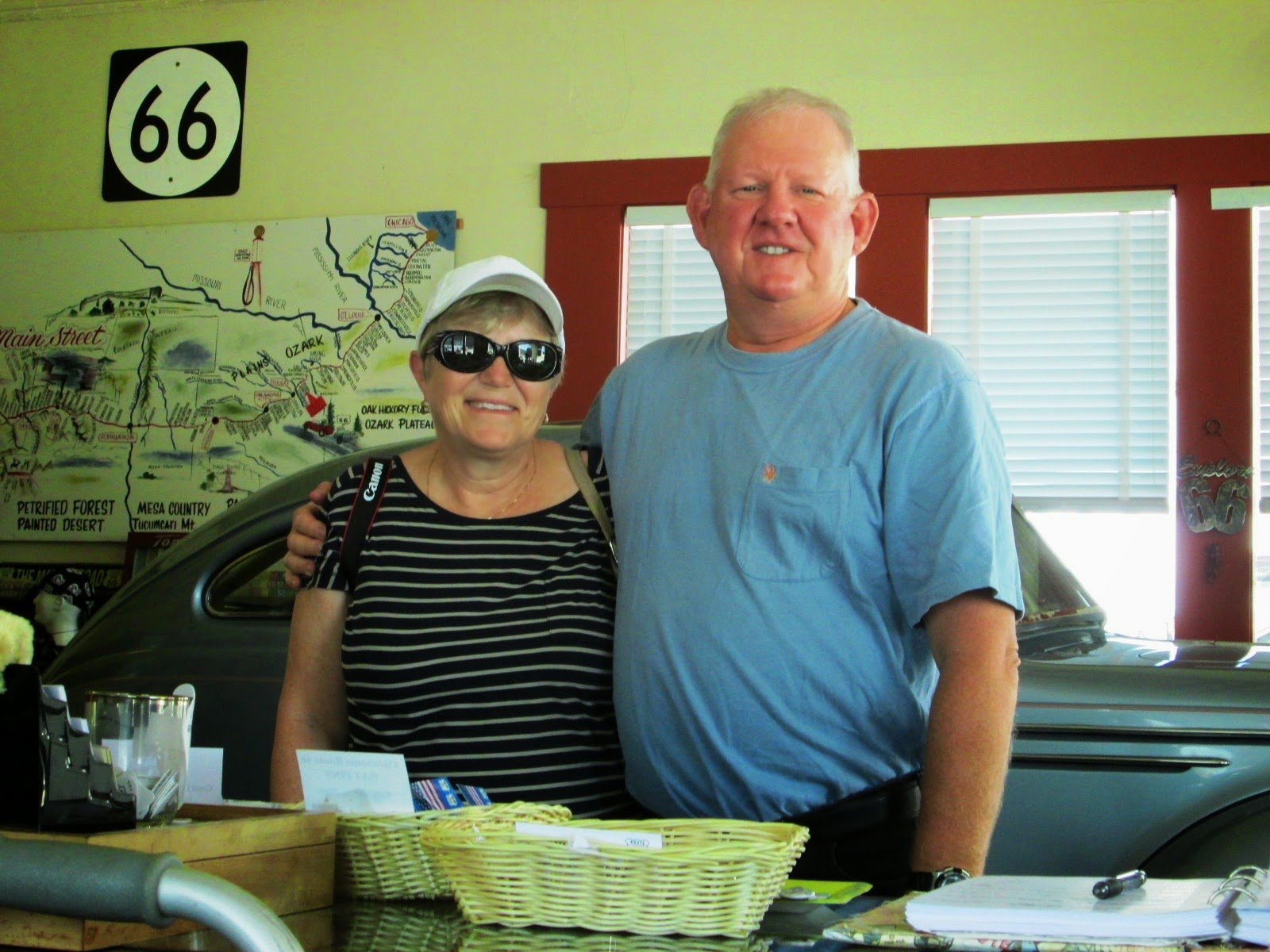 Our day of intriguing visitors and surprises continued with a group four folks from the south of France who arrived on motorcycles.  Here is their designated guest book signer. 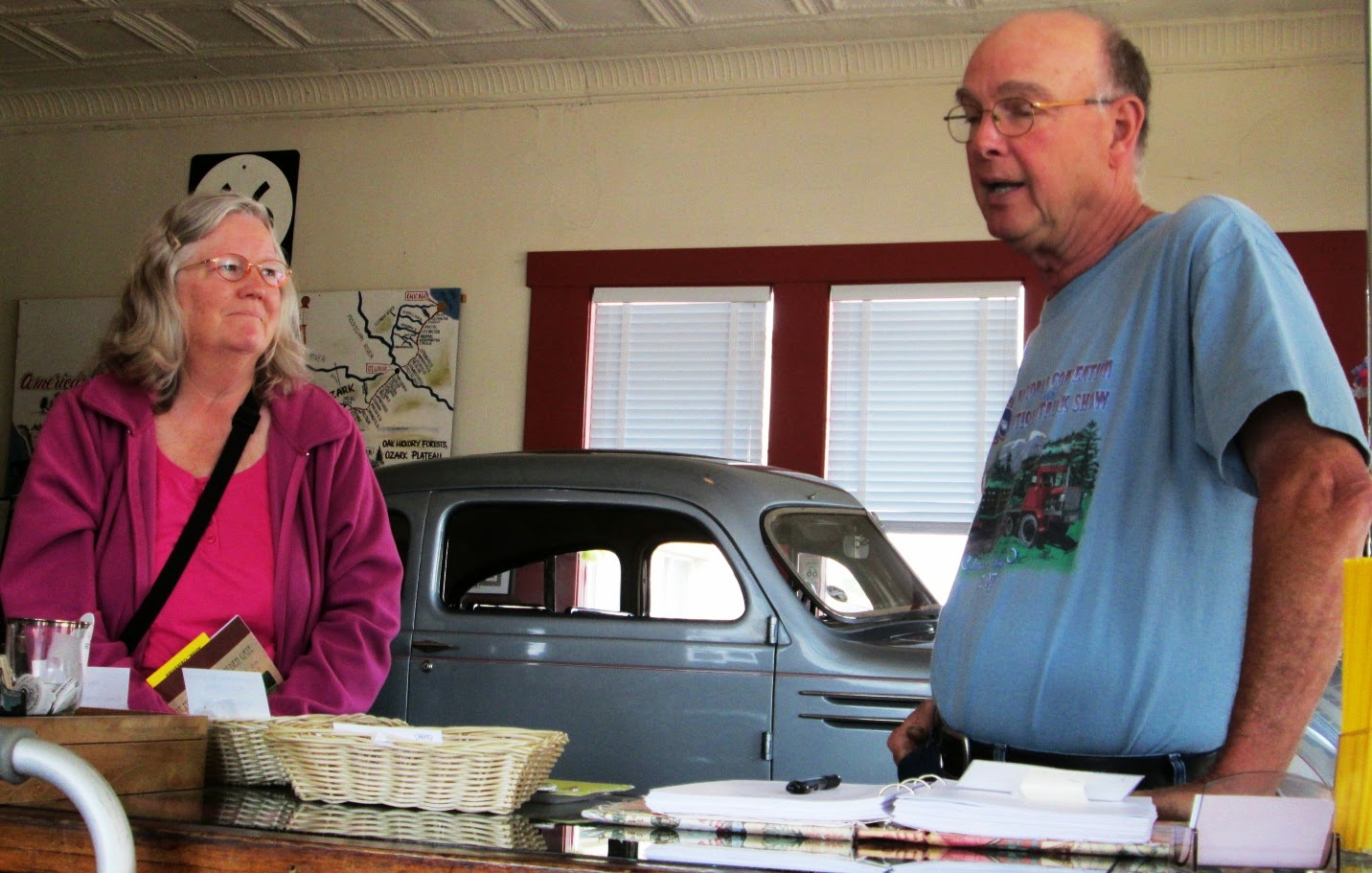 From Pineville, MO came this couple, members of the American Truck Historical Society.  He's an avid collector and each year they attend the association's convention.  This year, it's in York, PA.  He was particularly interested in our Packard motor home and suggested we take it to the  York truck show.  That is unlikely to happen, but sure would be interesting to see all those big vintage vehicles. 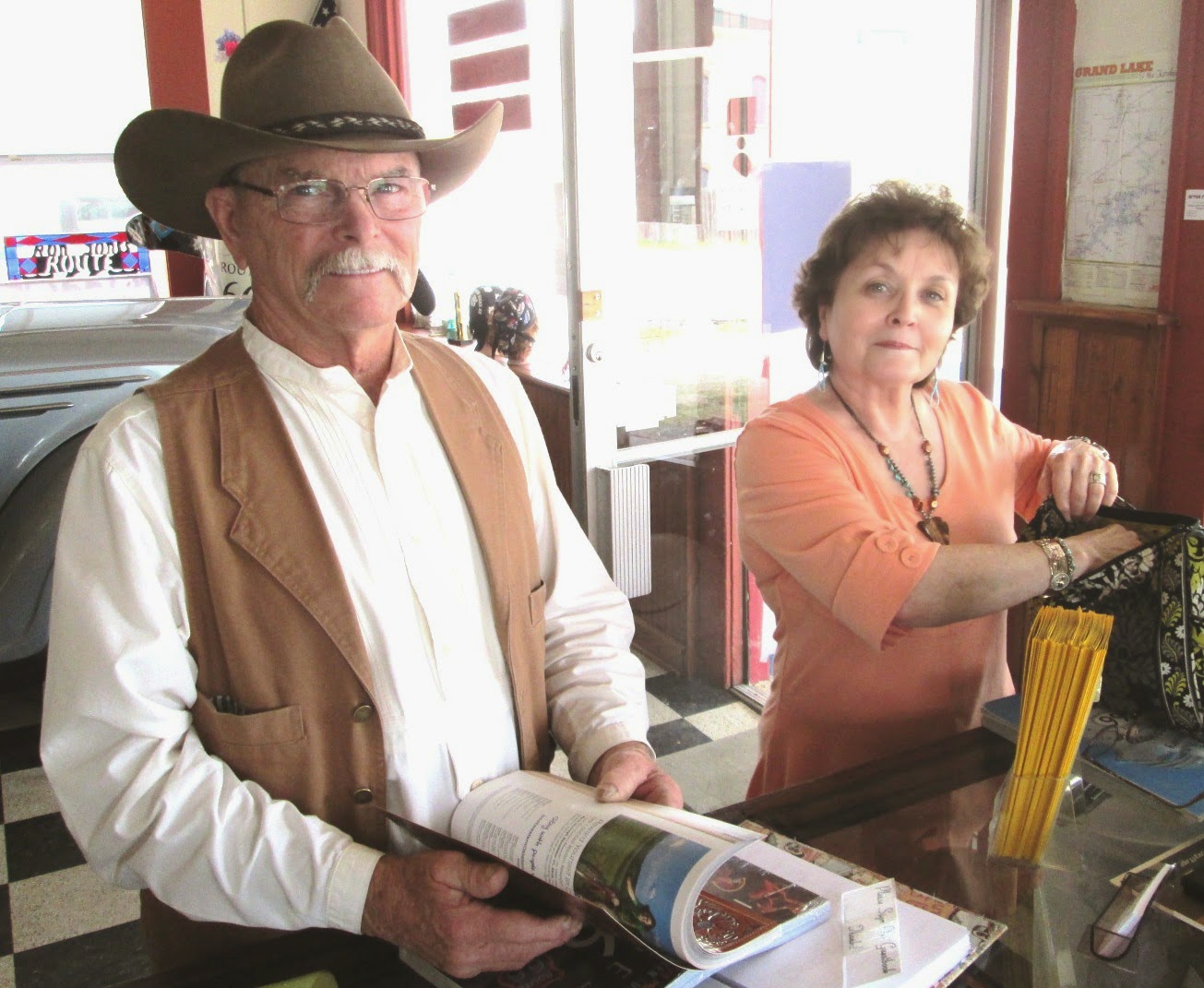 How about a little music?  This lady from Shell Knob, MO is lead singer for a band called Outrider that gets gigs all over the area.  They were returning from the Queen of the Prairie Festival in Guthrie this weekend.  The fellow is the keeper and caretaker of the band's equipment.

It didn't end there.  We also had visits from folks from Paris France, Milan Italy, Bristol UK, Nottingham UK, and Ramona, Chetopa, and Miami, OK.   Ron M. was with me for the day and as usual was indispensible during my lameness.   Robin stopped by, feeling much better after a week's illness, Scott dropped in, and it was good to see Michael Scruggs feeling strong enough to spend an hour or two with us.  He's going through a lot of medical stuff and we wish him well.