Although I wish I could have gone to the Gasconade Bridge rally in Missouri (because I'm definitely in favor of restoring, not replacing the historic span) and to Gary Turner's Memorial Celebration (Gary deserves a magnificent celebration!), at the last minute I thought it was important to keep Afton Station open during this weekend which I felt would prove to be a busy one.  After today, I know I made the right decision.

Ron M., Betty, and Robin were in attendance for all or some of our open hours.  We had a wonderful and diverse group of visitors, 19 in all. 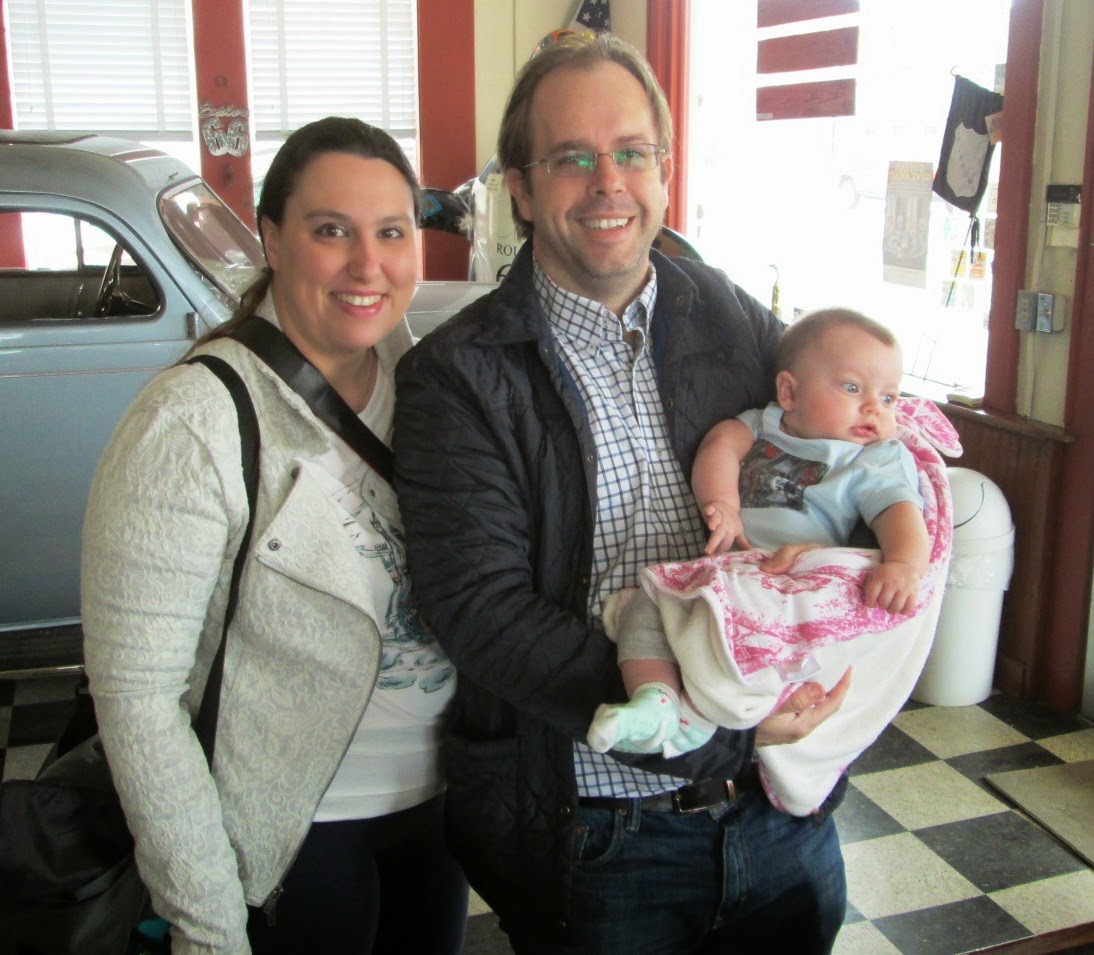 These folks stopped in on their way to Gary's service in Paris Springs, MO.   They're Robyn, James, and Baby Diane Pring from Rye Brook, NY.  They were great friends of Gary and Robyn has made a magnificent scrapbook of memories for Gary's family.  Ron and I were privileged to sign a page, and two full pages were copies of my "Gary" essay here on the blog right after he passed away.   Robyn is an extraordinarily enthusiastic Route 66 fan, and her husband, who hails from England, isn't far behind.  They were accompanied by Robyn's father Sam, who didn't make it into the photo.   Diane is a 5-month-old cutie! 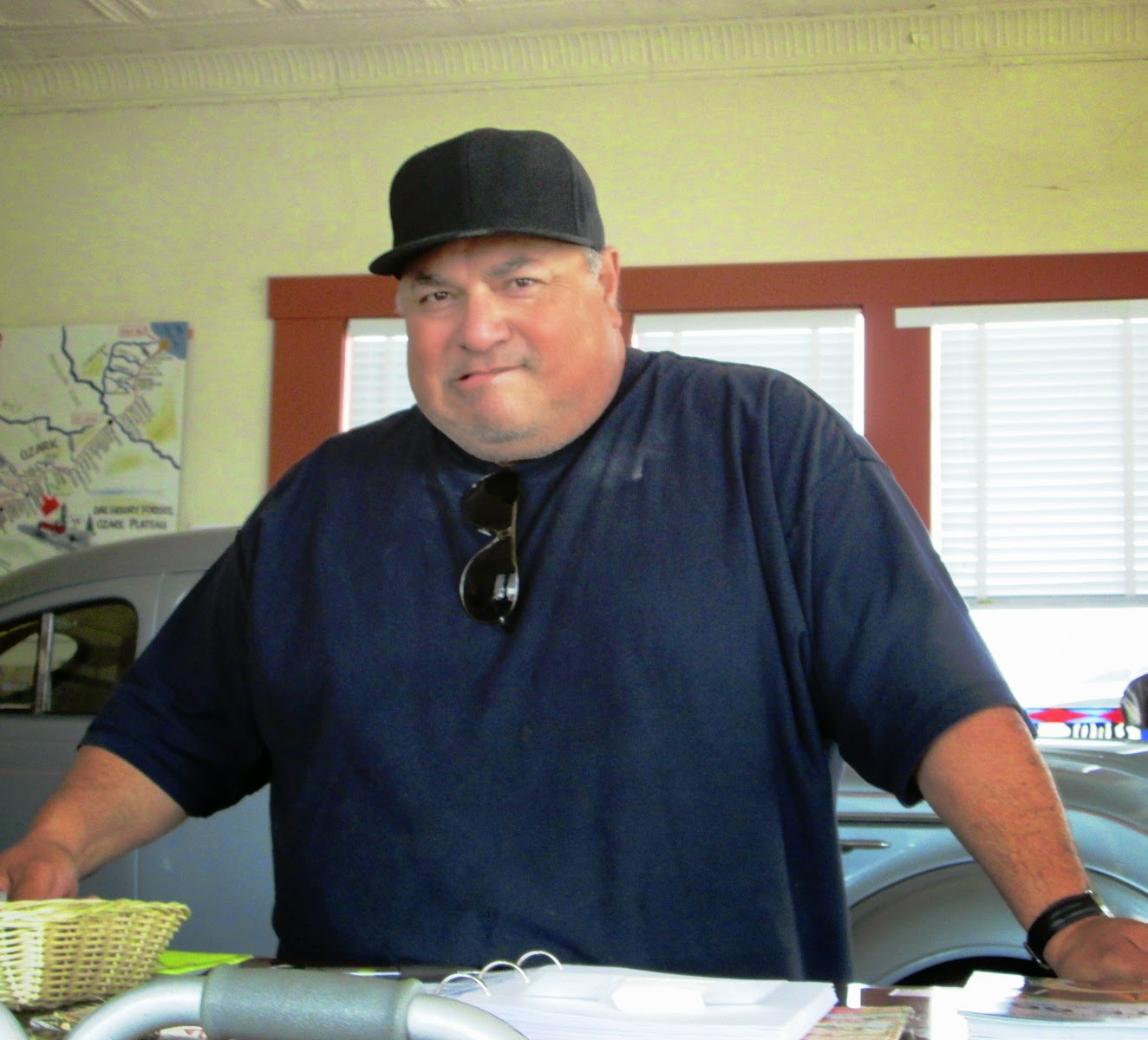 This gentleman is a truck driver from near Dayton, Ohio.   He has passed the Station numerous times but this time he was determined to come in and check us out.  He was a cool, talkative fellow whose visit we enjoyed very much. 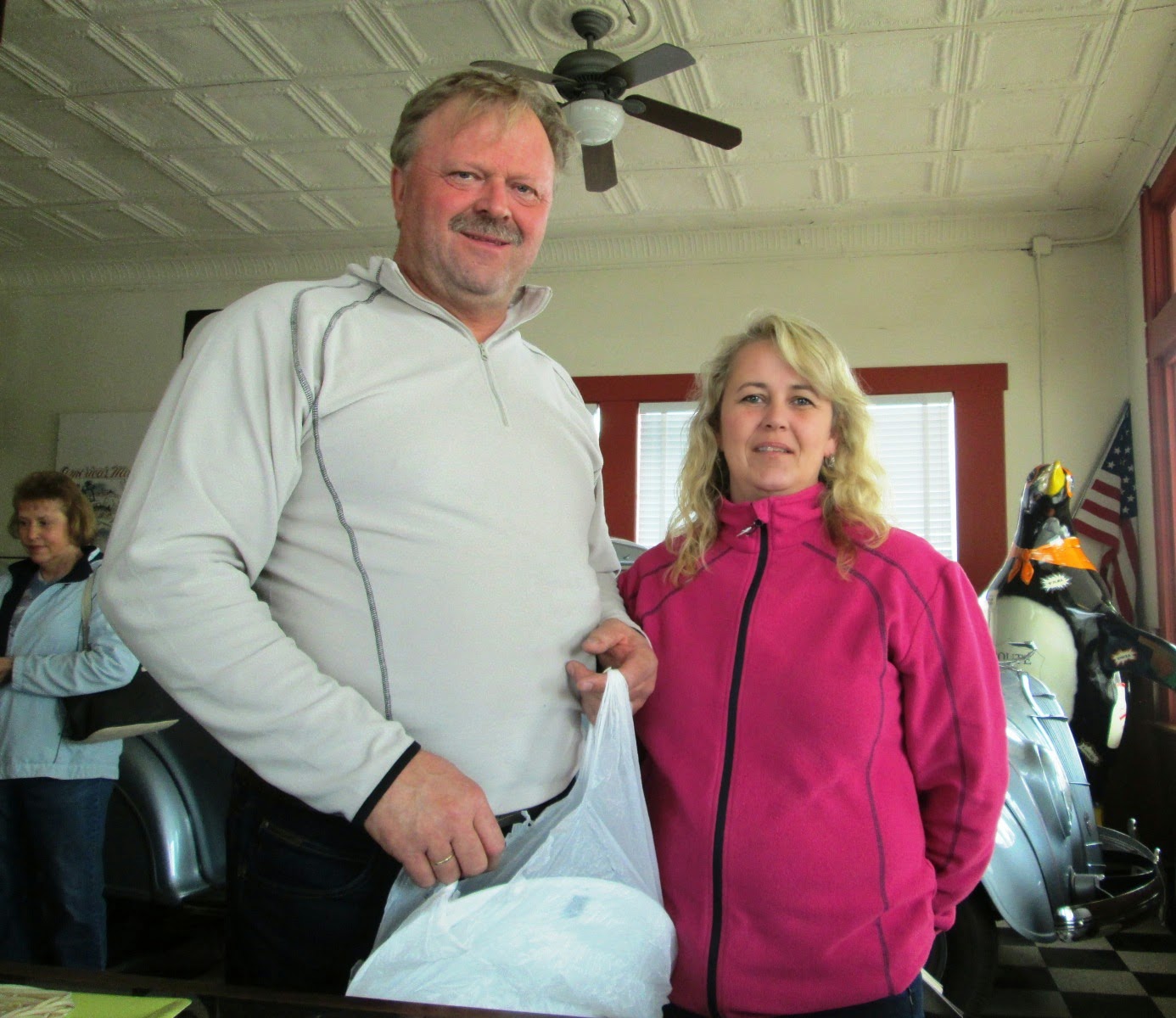 Representing foreign travelers today was this couple from Norway.  The best I could do "interpreting" the name of their specific town from what they wrote in the guest book was Gjgur.  Not sure if that's accurate but later I'll check my resources and make a correction if necessary.  They are enjoying a full Chicago-to-LA Route 66 adventure. 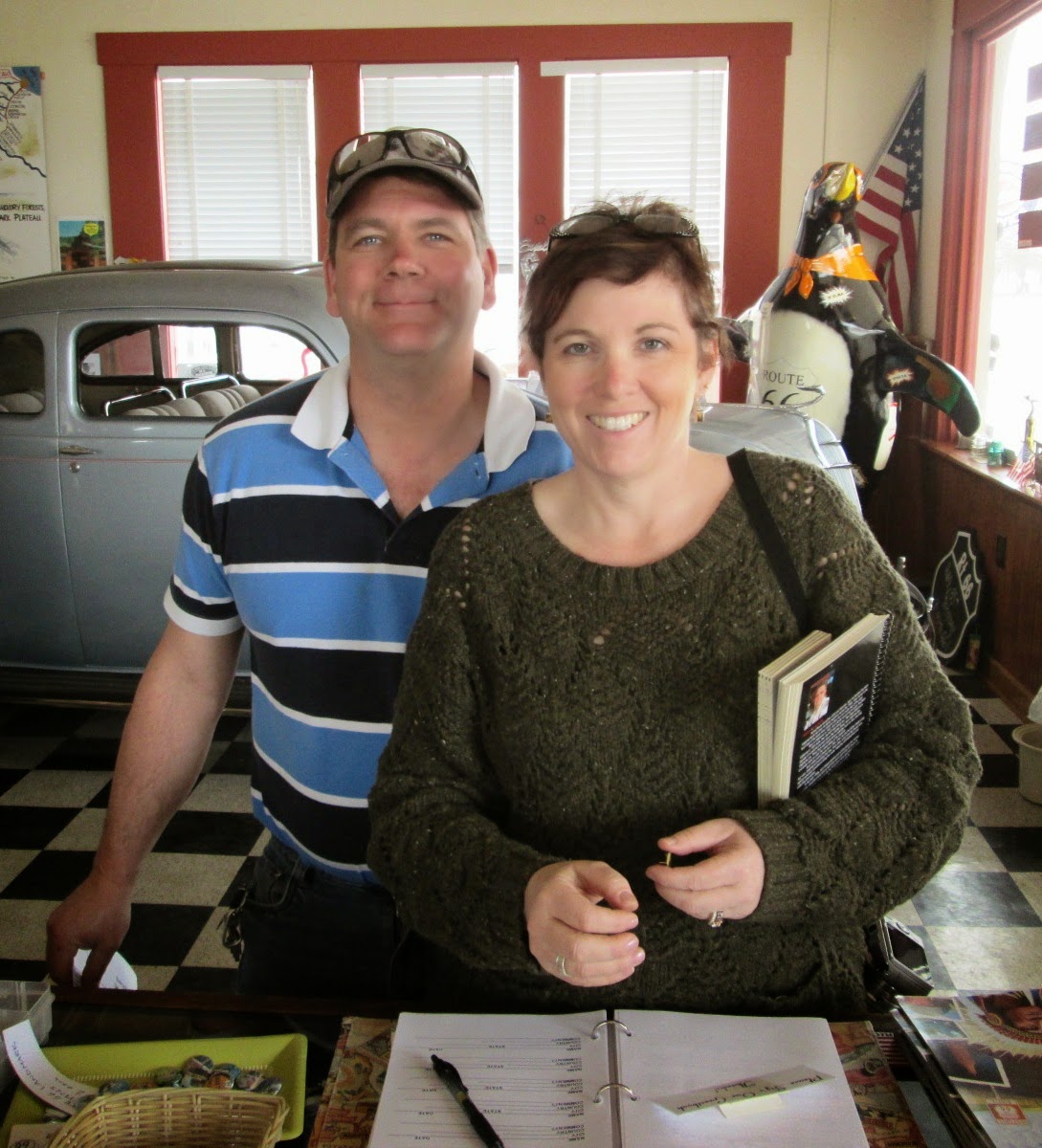 This couple, the last in the door for the day, are traveling from near Duluth, Minnesota.  They loaded up on guide books and maps to be used for future Route 66 trips, so we hope to see them again soon.   Our other visitors came from Erie KS, Independence KS, Denver CO, Tulsa OK, and Duck Creek OK.   It was a very special day and Ron M. and I both agree that we're back in the swing of things.  We're hoping some of our friends who will be traveling home from the Missouri gatherings will stop by tomorrow. Bring on the crowds... we're ready!
Posted by Laurel at 5:48 PM