I have lots of photos to show you and not a lot of time for words tonight.  We had a busy and exciting day at Afton Station, and here are some of the goings on. 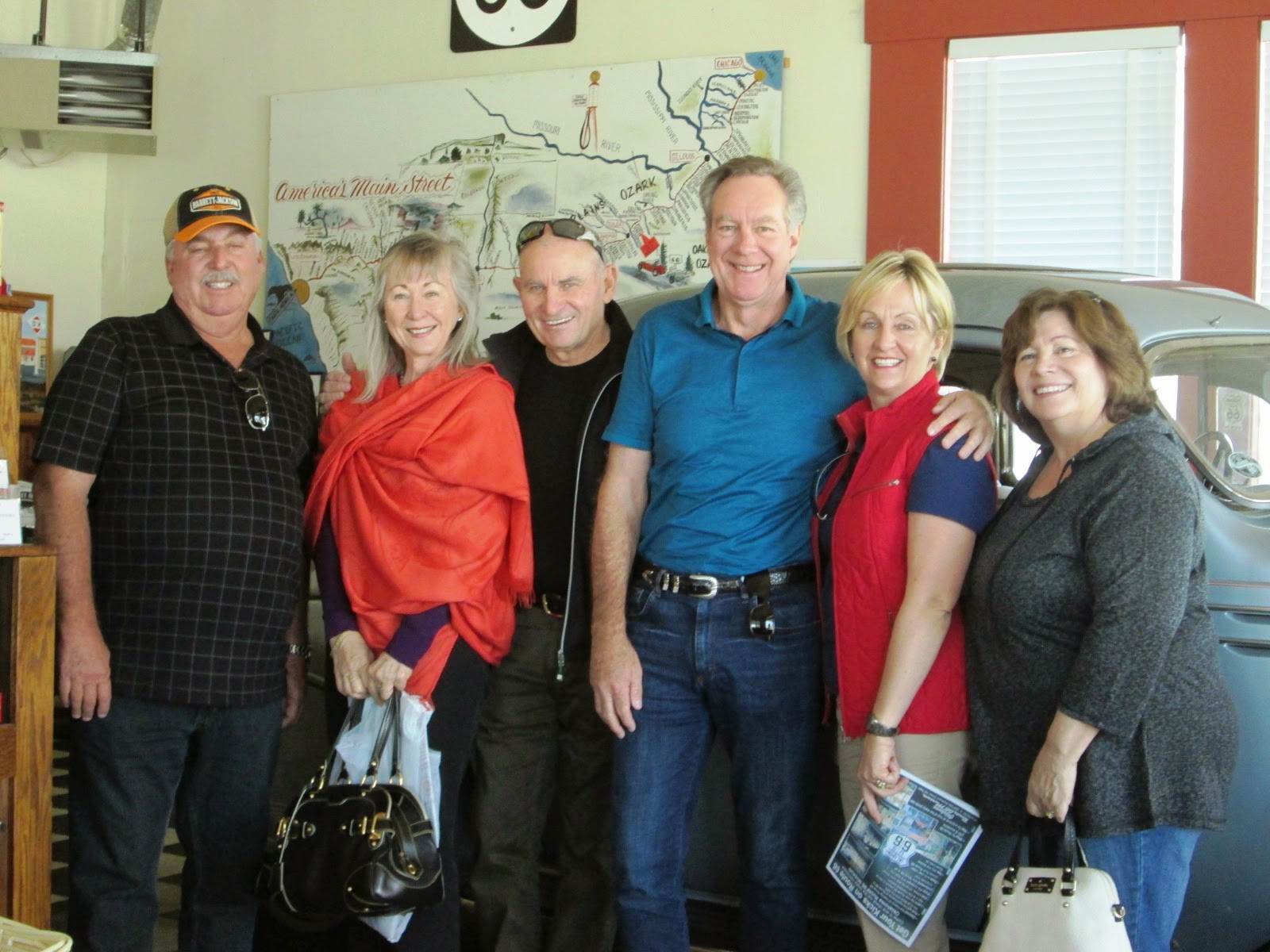 A visit from a group of friends from Queensland, Australia. 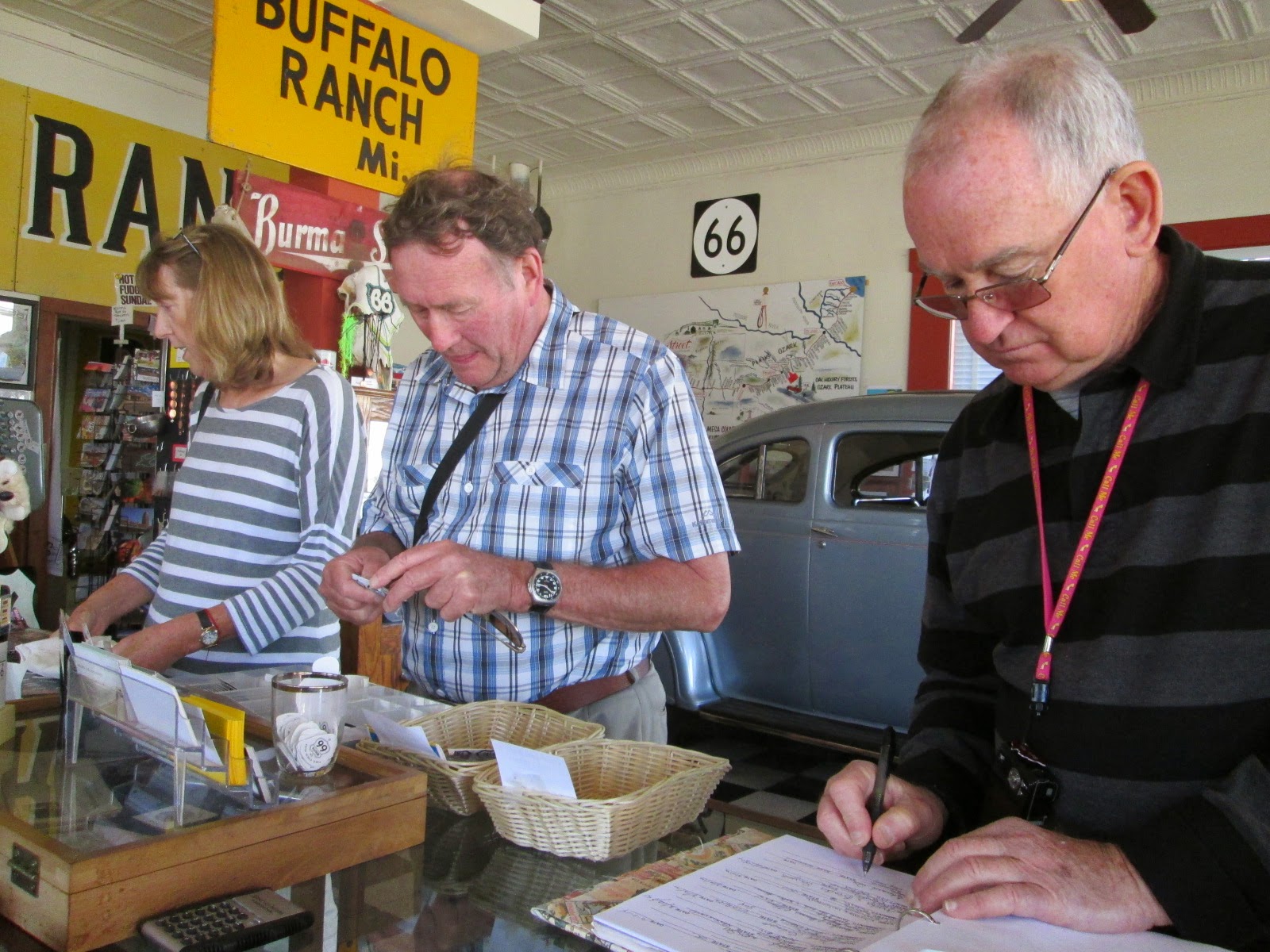 More Aussies, this time from Adelaide 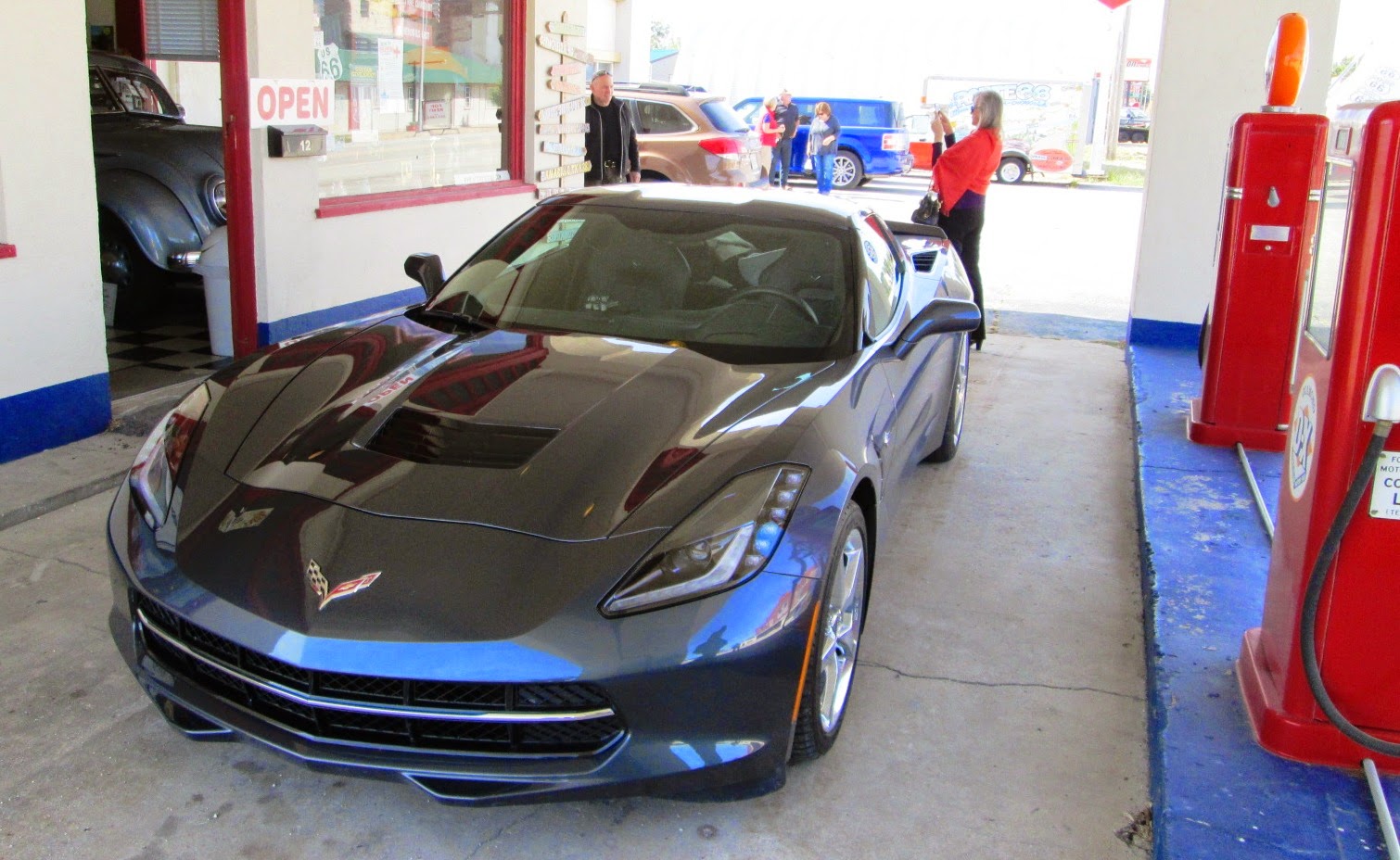 A fine looking new Corvette driven by a couple from Frankfort, Kentucky 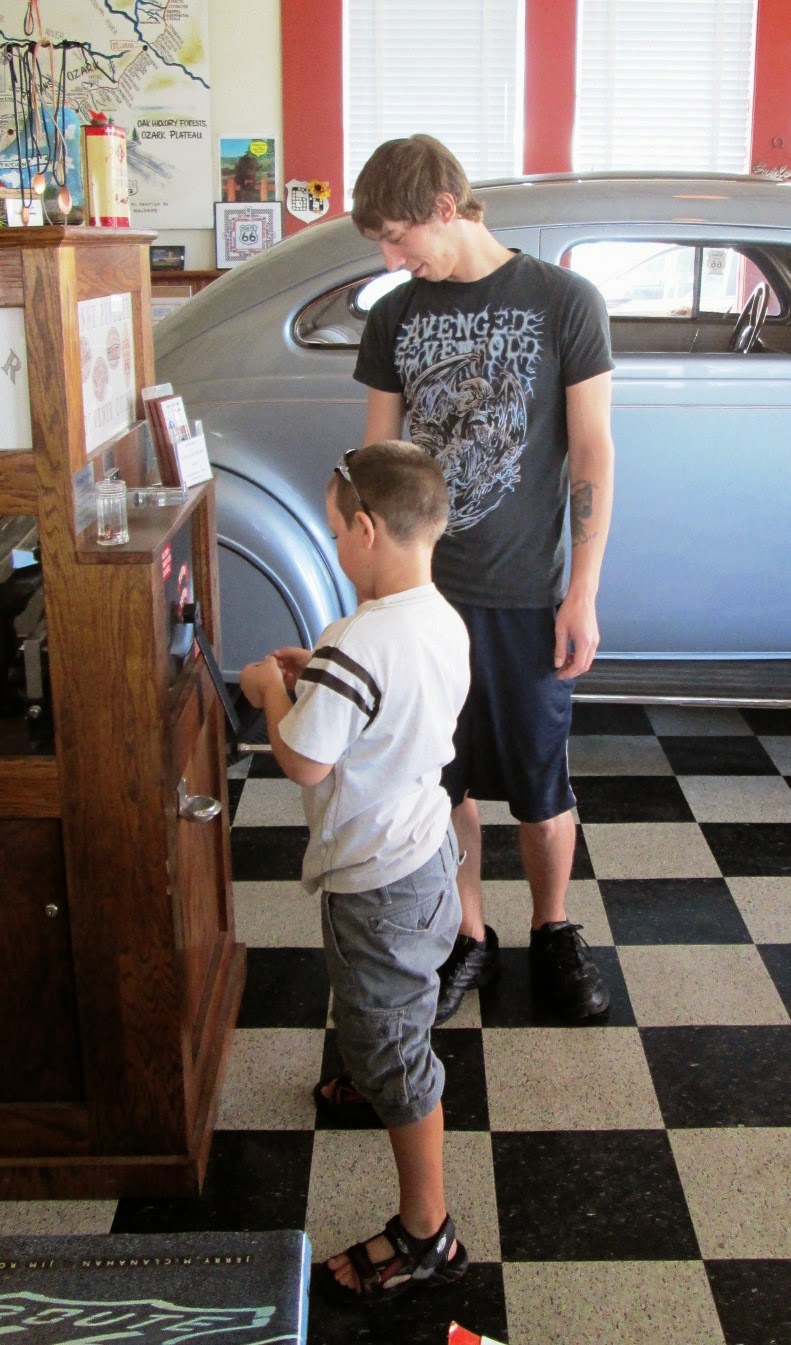 Boys from Miami, Oklahoma playing with the penny pincher 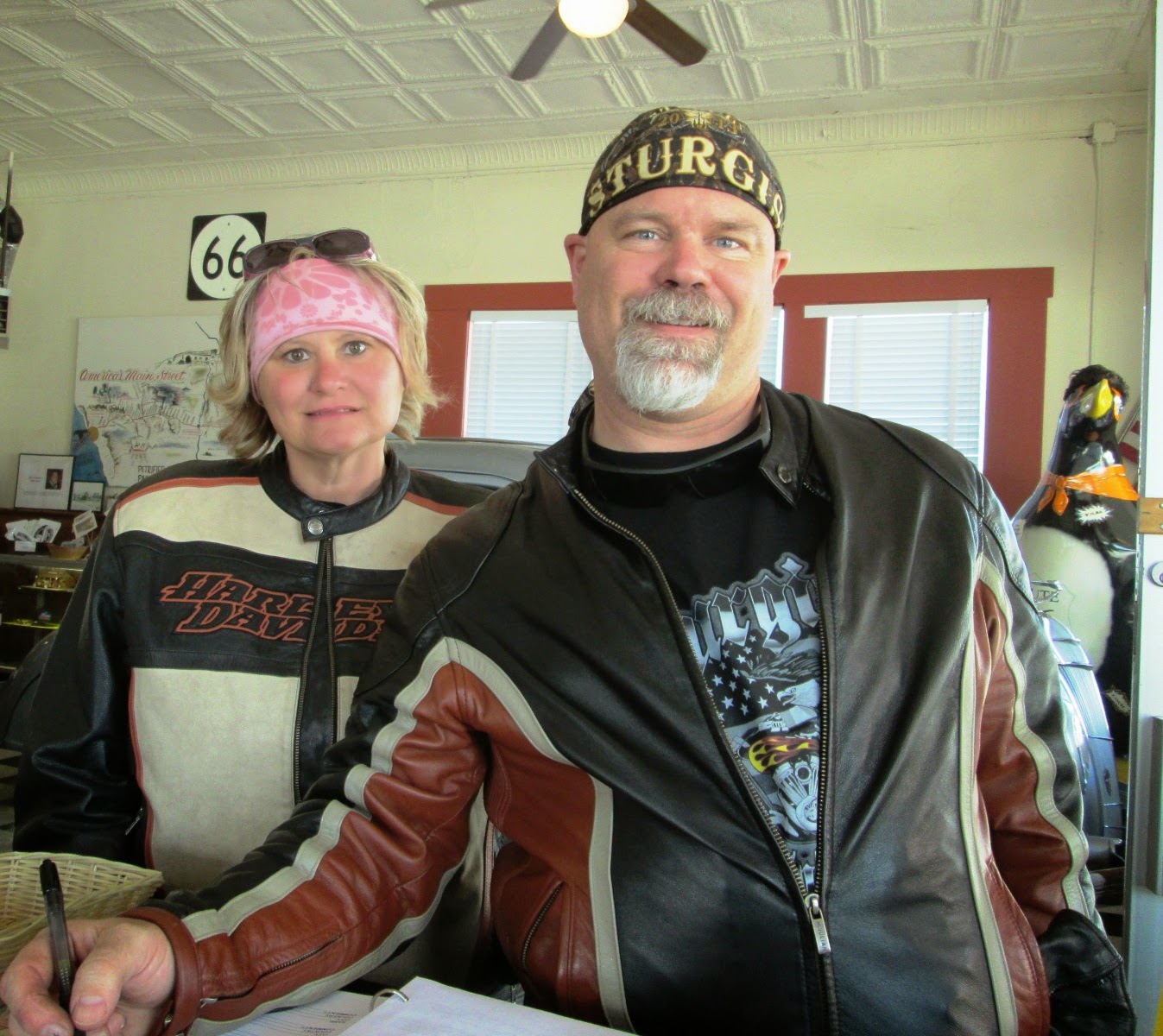 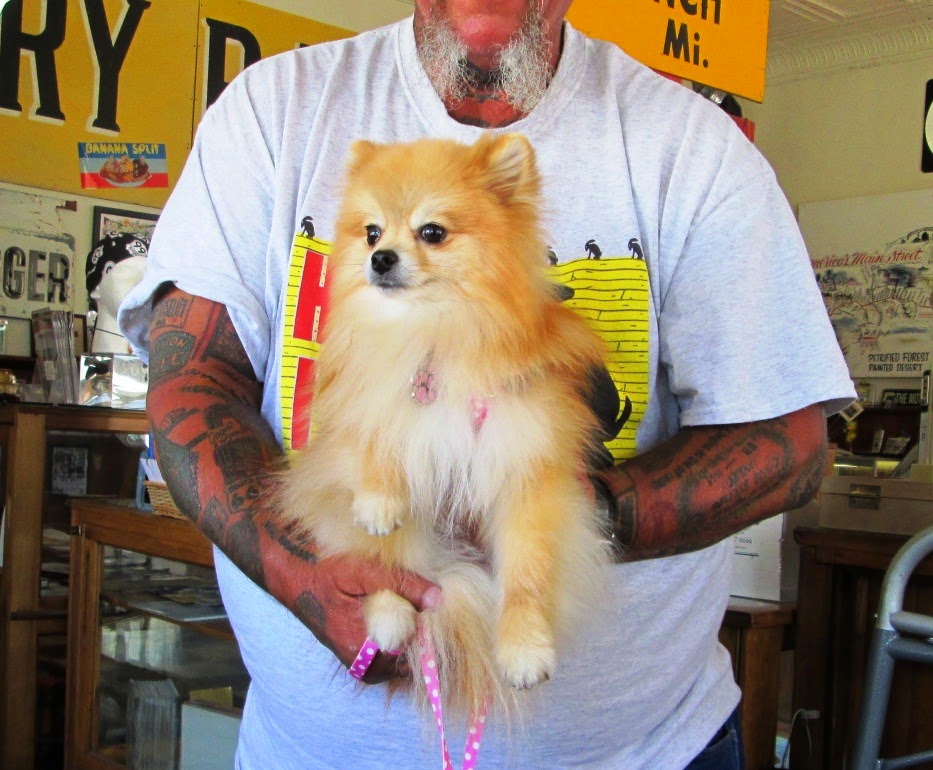 Tattoo Man and Roz stopped in briefly with their dog, Bella.  Bella became the third recipient of our doggie bandanas. 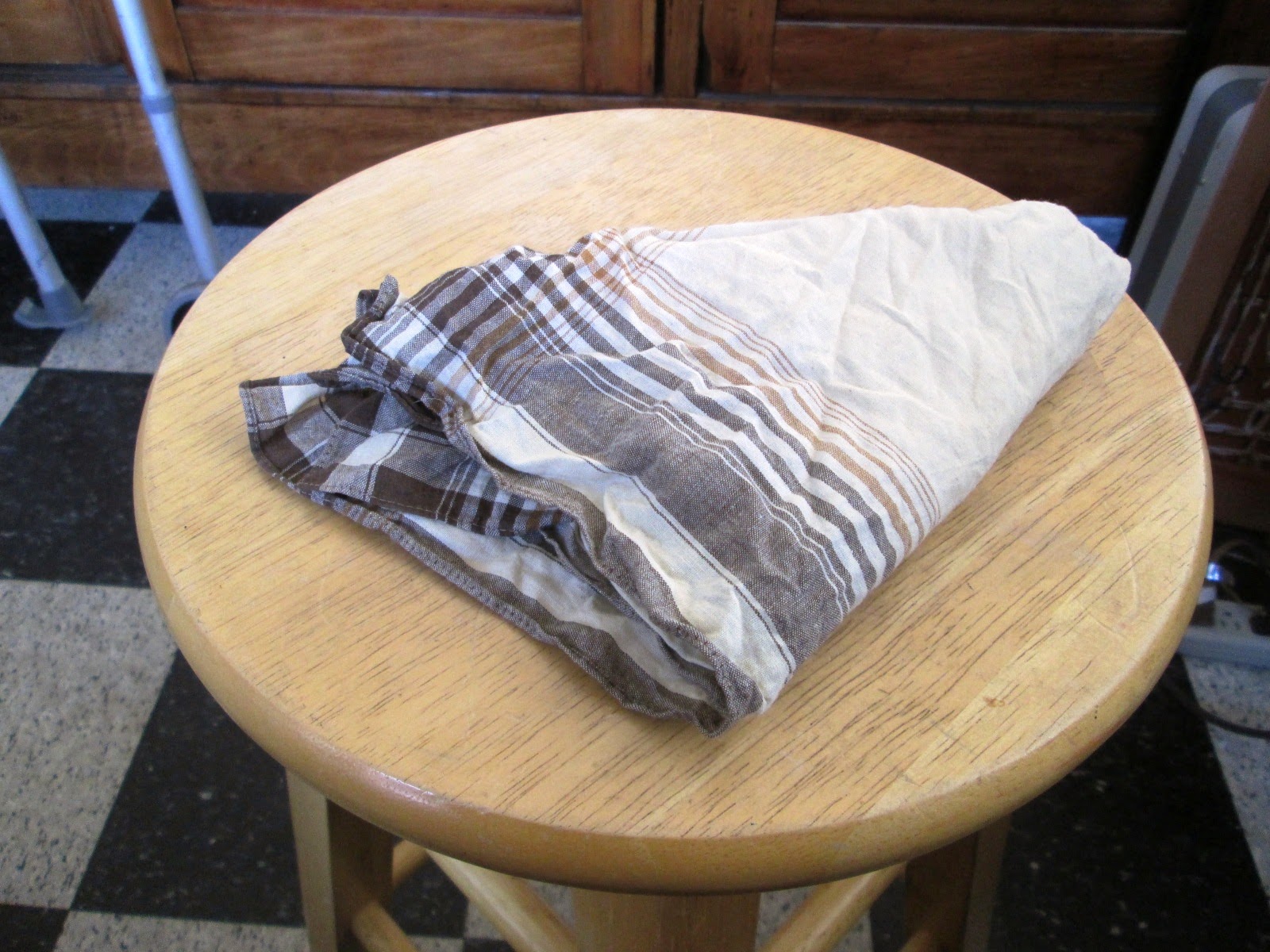 This takes a little more explanation.  A mother and her daughter from London, England launching out on a Route 66 trip asked a favor of me.  Their husband/father who had been dreaming of a Route 66 trip for years and years passed away just before the family was to launch out on his dream adventure. One of his final wishes was that something that belonged to him be left somewhere on Route 66.  He asked that it be left where the family felt he would be comfortable and enjoy his eternal visit.  I was honored that they asked me to be custodian of his handkerchief.   I will indeed take good care of it and I'm sure I'll think often of the gentleman I never met..

Our other visitors (40 in all) came from Christchurch New Zealand, Choctaw OK, Starlight IN, Avilla MO, Seneca MO, and Inola, OK.

Last weekend our '34 Packard 12 was asked to transport the Grand Marshall of the Grove Pelican Festival parade.   Here he is, Principal Chief of the Cherokee Nation, Bill John Baker, getting a ride down the parade route in the rumble seat!

I'm out of steam now.  There will be much more tomorrow, I'm sure, including some news about groups who visited last week on days that I wasn't present.  Robin had quite a crowd control job on Friday!
Posted by Laurel at 6:19 PM

823What a touching story about the man whose wife and daughter left his token with you because they felt he would have been most comfortable with you at Afton Station. I can see why his family recognized that they'd found his special place when they walked through your door. Will you be displaying his hankie and story where visitors can read it?

No idea what the # 823 is doing at the beginning of my post. Nothing cryptic on my part, though.