There were celebrations at Afton Station today. 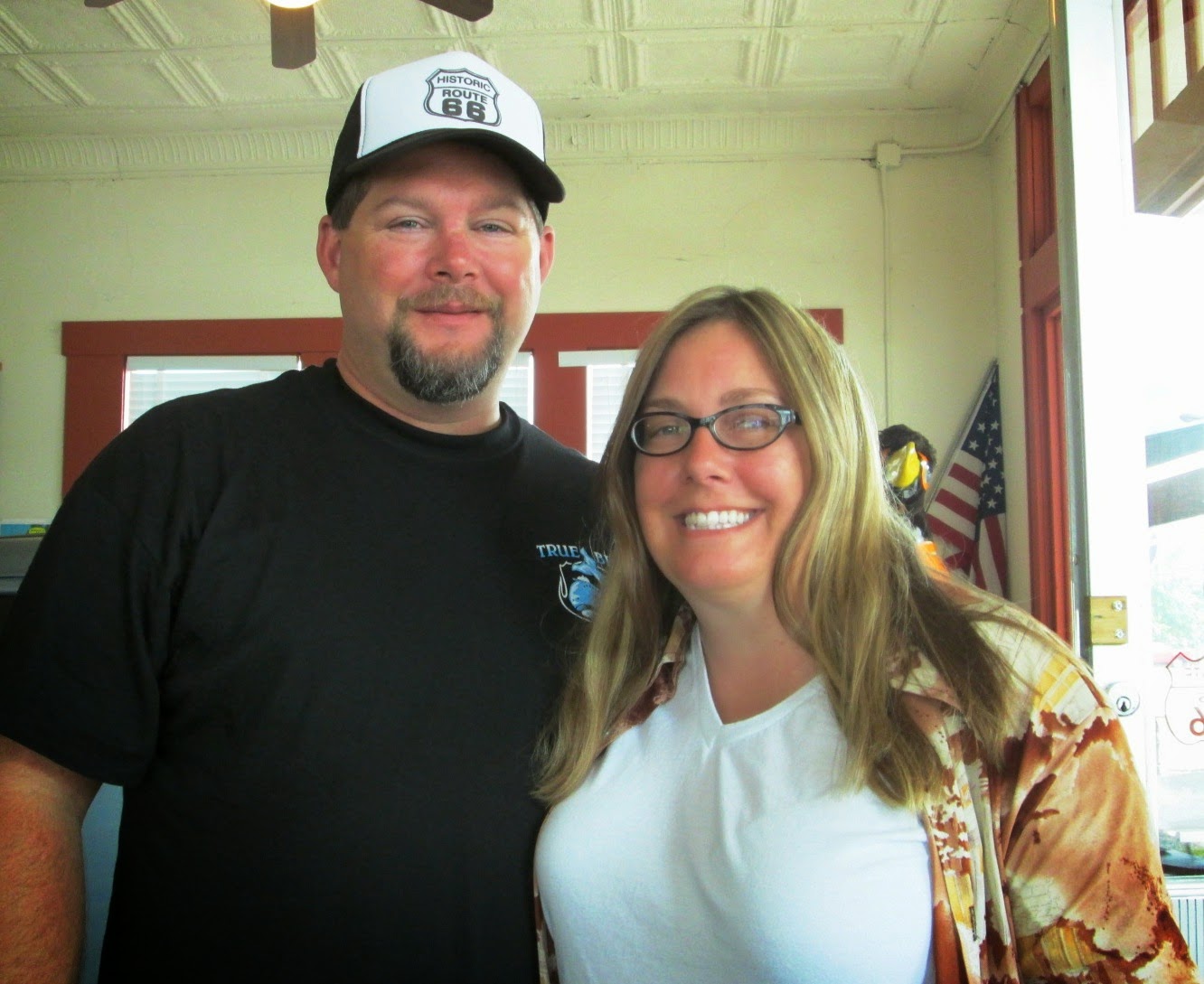 For instance, this couple is celebrating their marriage this past weekend.  It was no ordinary wedding, either.  They were married on Route 66 in Oatman, Arizona, where they had a "shotgun wedding" accompanied by gun-totin' cowboys and plenty of burros as witnesses.  Congratulations to the Horse Branch, Kentucky twosome. . 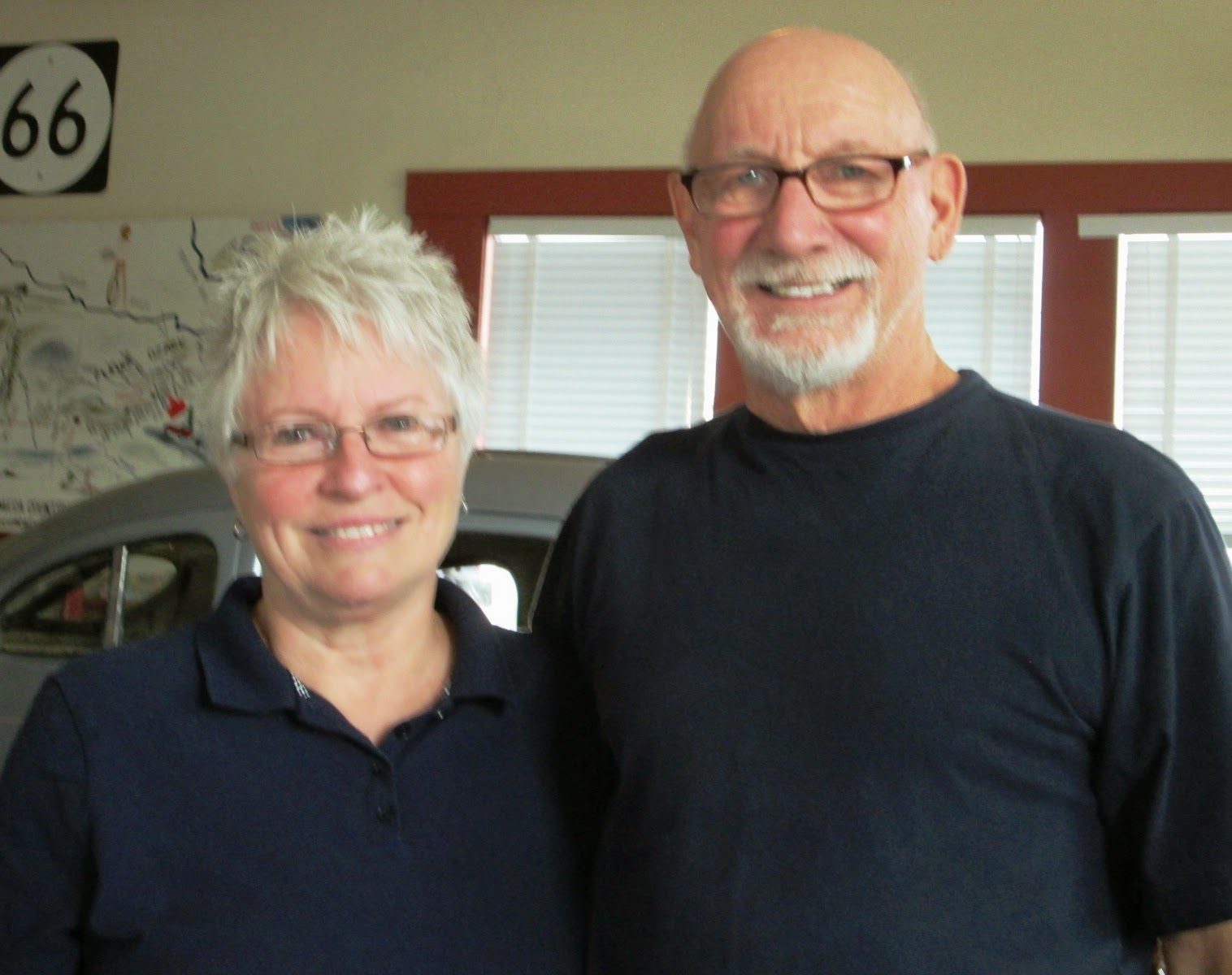 Marking another of life's milestones with a trip on Route 66 is this couple from Romeo, Michigan celebrating their 50th anniversary.  We were very excited that they chose to spend a moment of it with us at Afton Station.  Fifty years!  How wonderful!

Yesterday's visitors, as I had previously reported, included a group from the San Diego Miata Club.  Ron M. found their writing on the wall and took a photo of it. 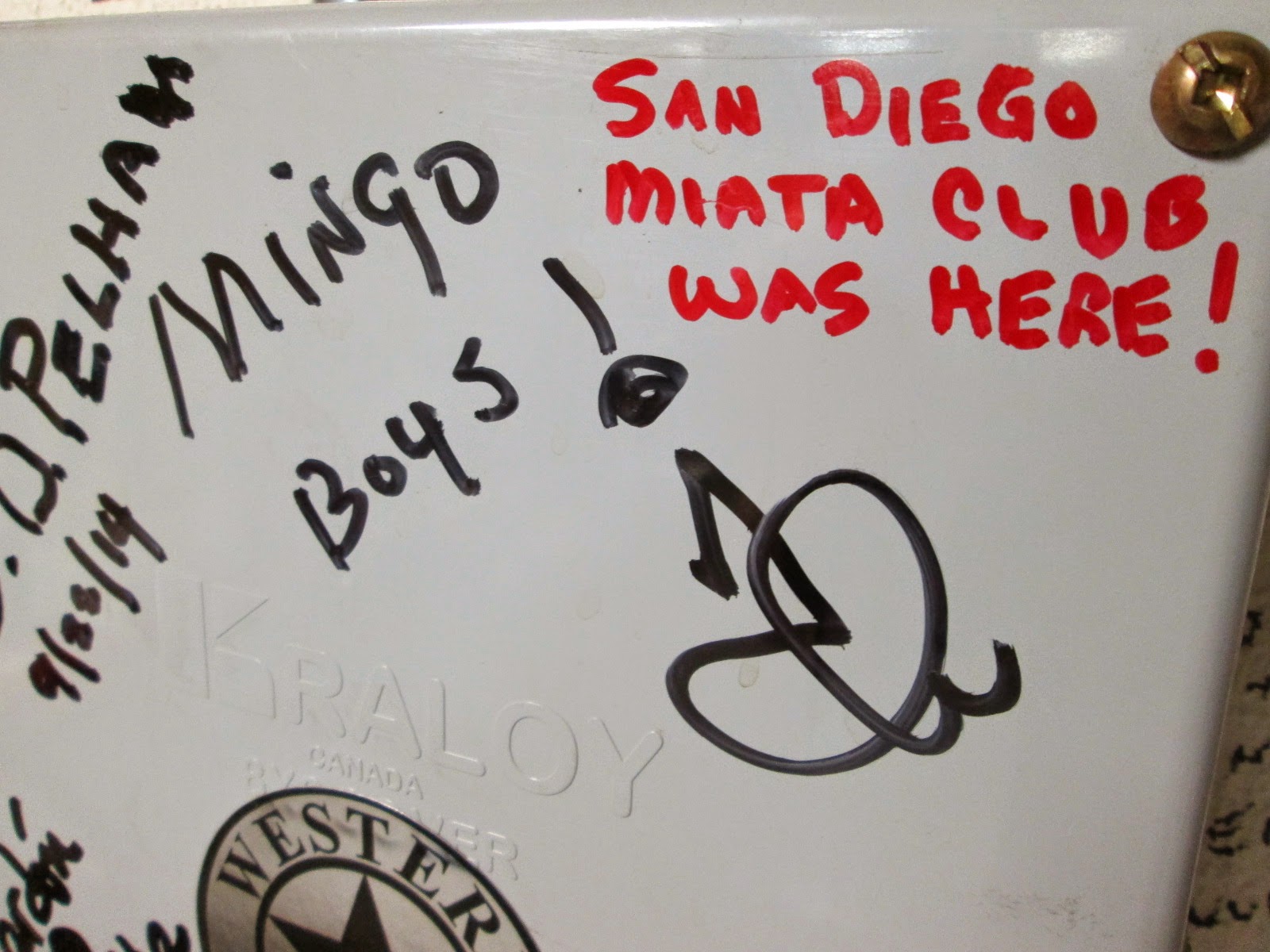 And while we're at it, check out a couple of other unique wall markings. 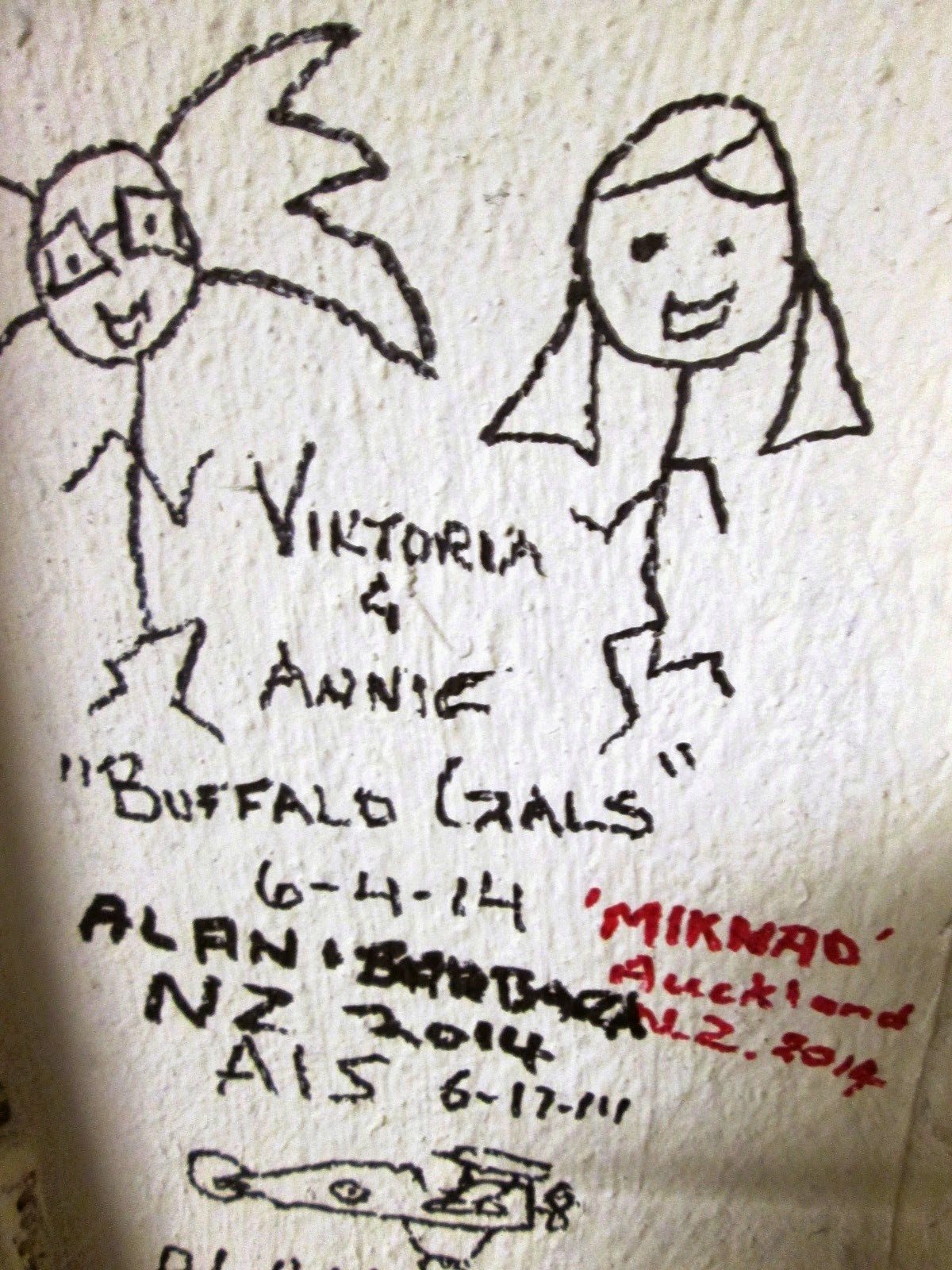 I had also previously mentioned a wonderful story about Afton Station in a local newspaper, the Miami (OK) News-Record.   Thought you might like to see the cover.  I'll try to post the whole story another time It's one of the most well-written and accurate reports on Afton Station that we've seen so far. 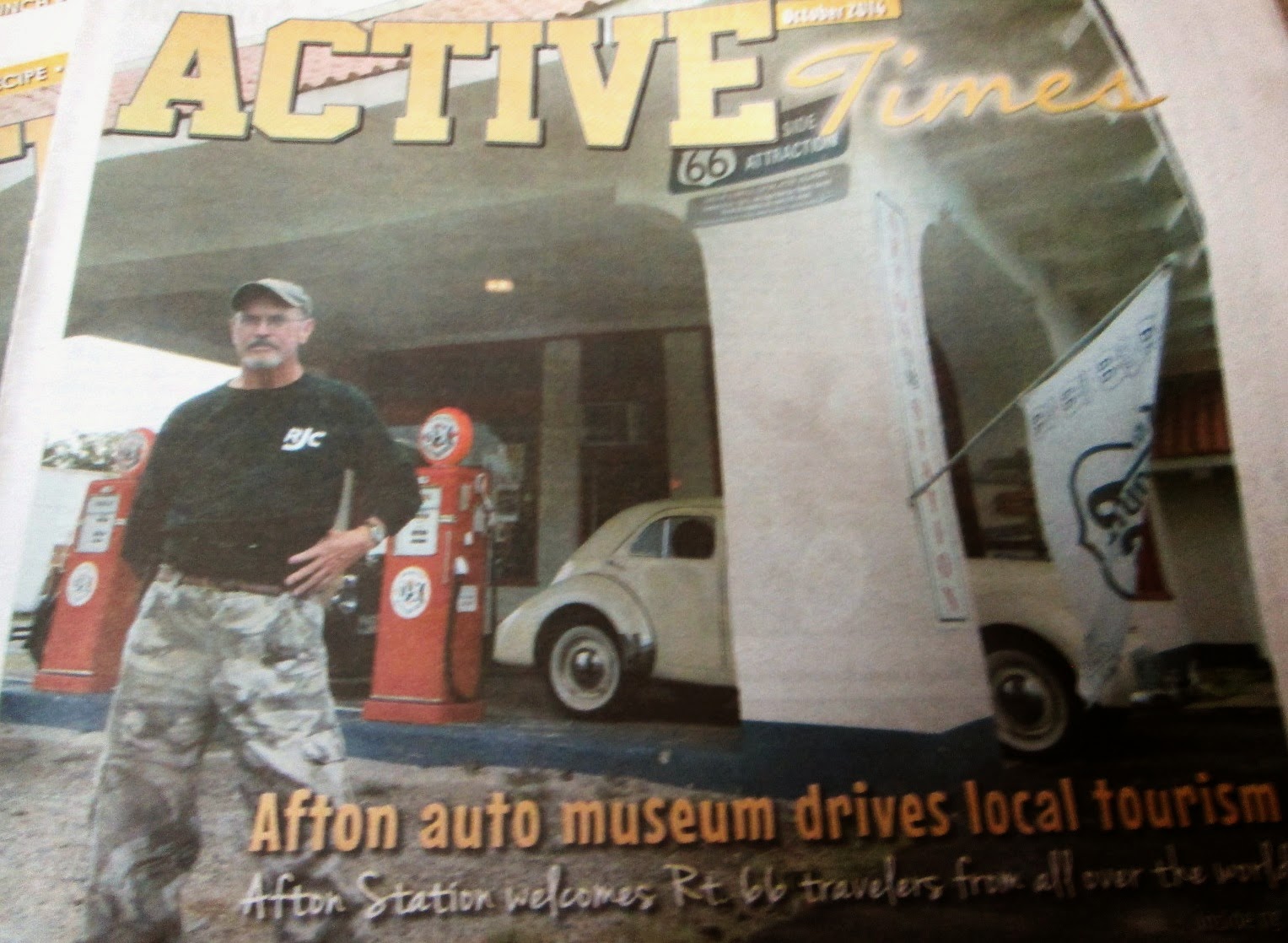 (That's my partner and ex-husband David and our beautiful Hupmobile at the pumps.)