I like to set goals.  When it comes to Afton Station, I set a goal each month to greet more visitors than the same month in the previous year.  In nearly every case, my goals are met as more and more people are traveling Route 66.   Today, the last day of August, I had a nearly impossible goal, since I needed 87 visitors to meet the numbers of August 2013.   You probably thought I was going to say I met that goal.  Well, I didn't.  Only 43 visitors came today, but instead of being disappointed,  it made me realized that quality trumps quantity every time.  I wouldn't trade the 43 visitors I had today for anything.  They were truly a great bunch!

A great surprise occurred early when ten motorcycles and a car rolled in carrying an unexpected group of folks from Switzerland!  They loved the vintage vehicles and apparently loved the souvenirs, books, etc. that I sell, because they bought and bought and bought.  We had fun meeting this happy group. 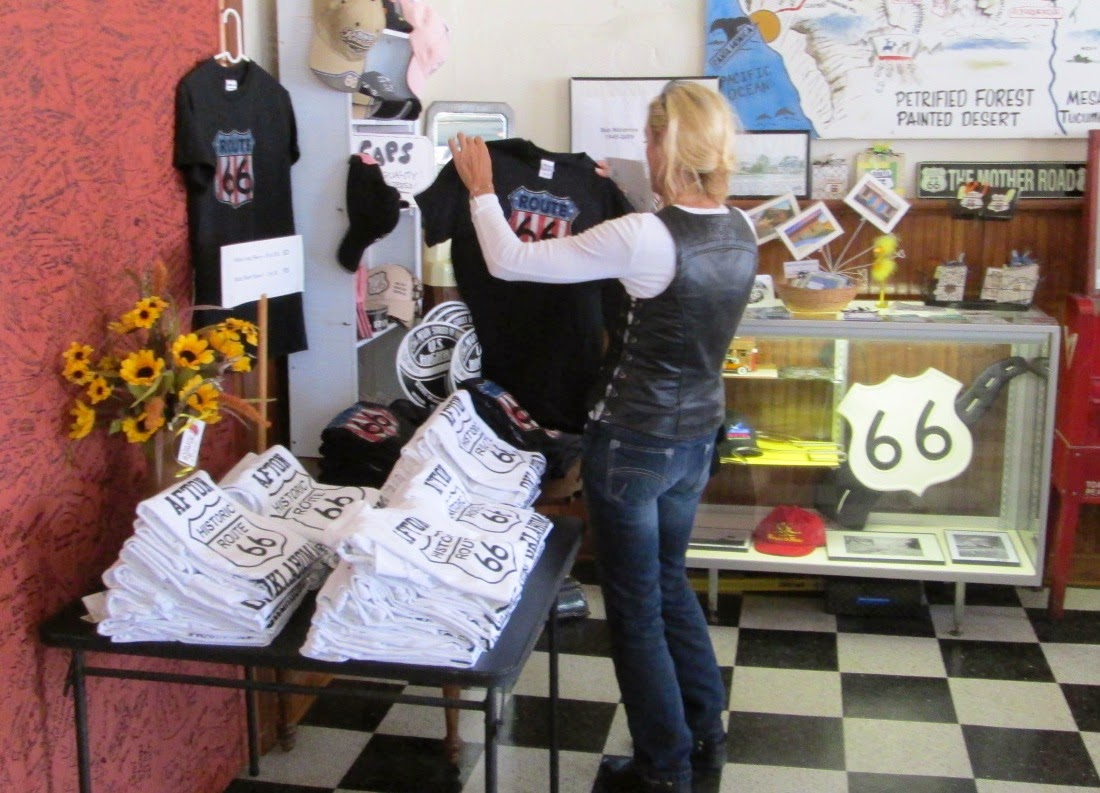 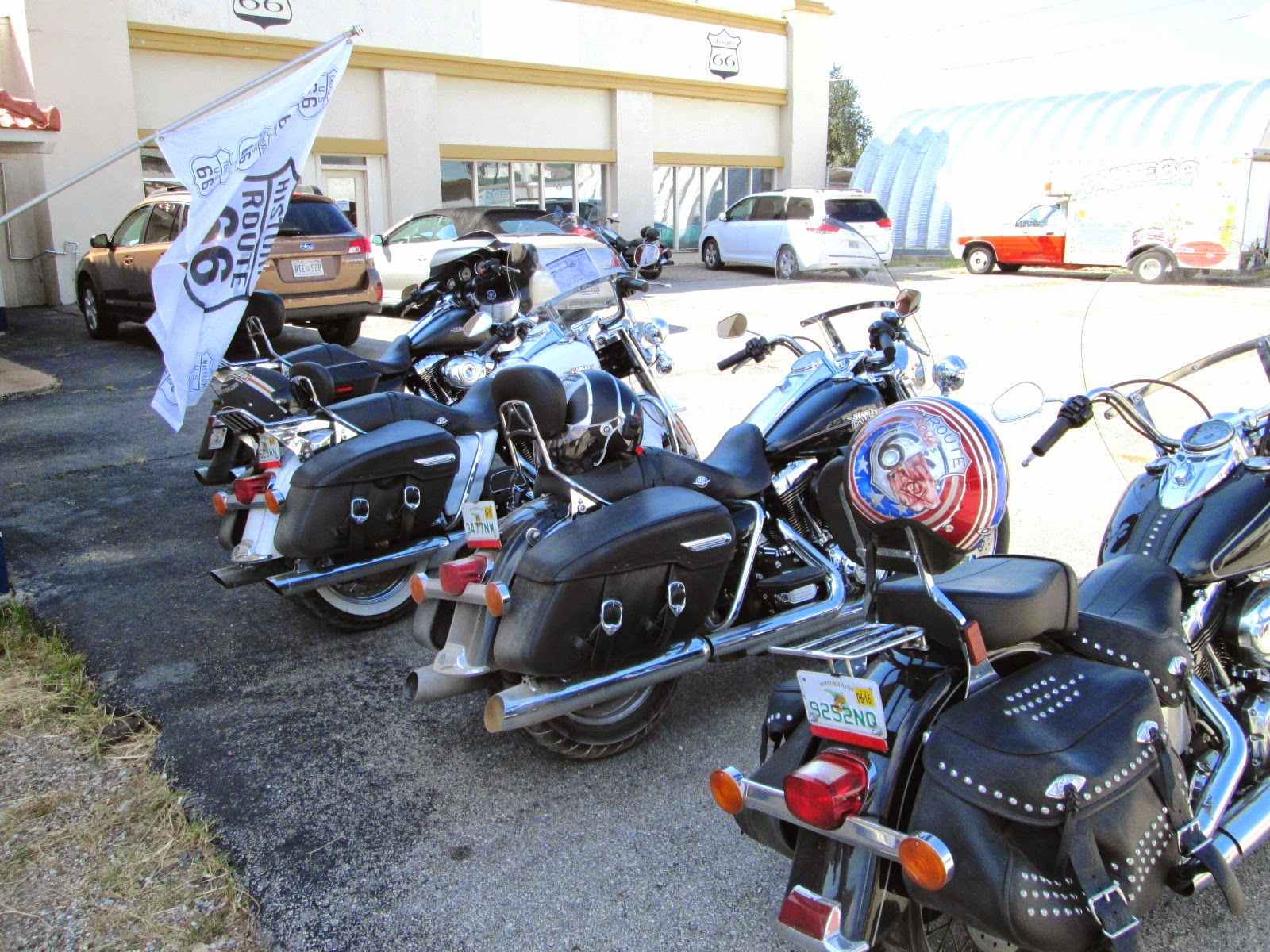 But they were not the only motorcycle group to visit today.  Later in the afternoon a group of 10  friends from various suburbs of St. Louis roared in.  And here they are!  (With  Tripper photobombing, as usual!) 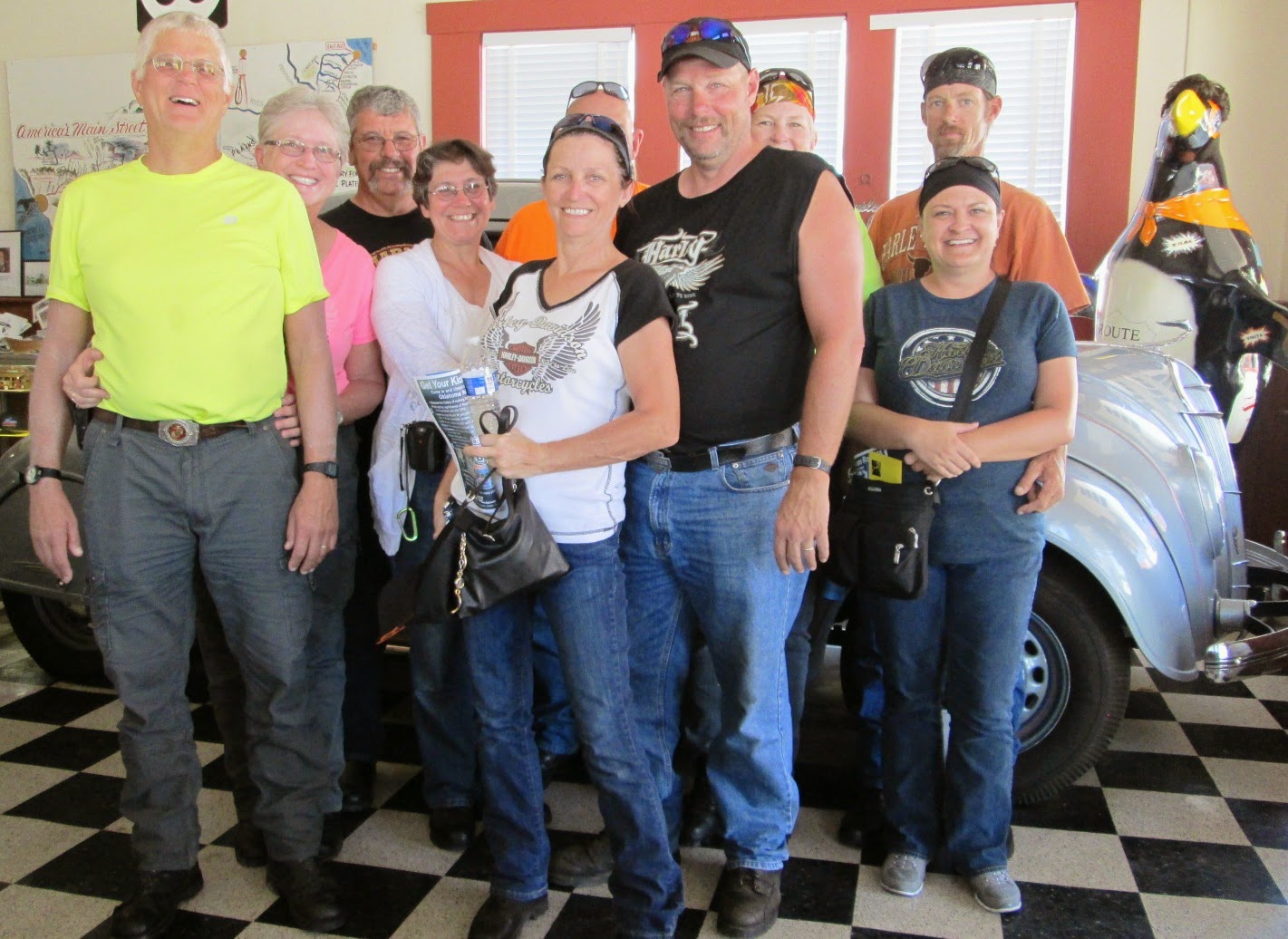 A young couple from Dublin, Ireland arrived at the same time as a group from Wyandot, OK, San Antonio, TX and Houston, TX and they spent a good bit of time exchanging tales of their travels on the Mother Road. 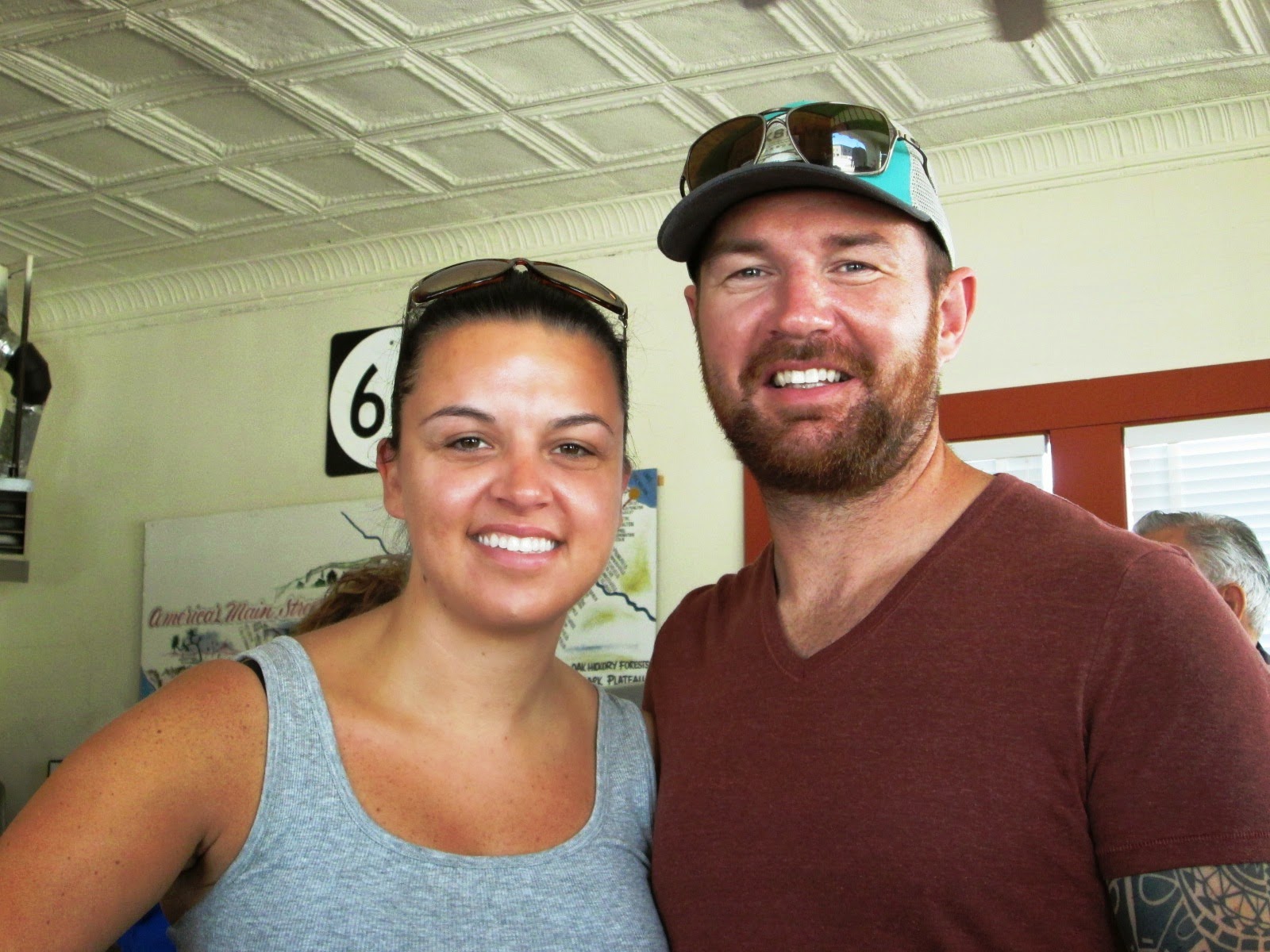 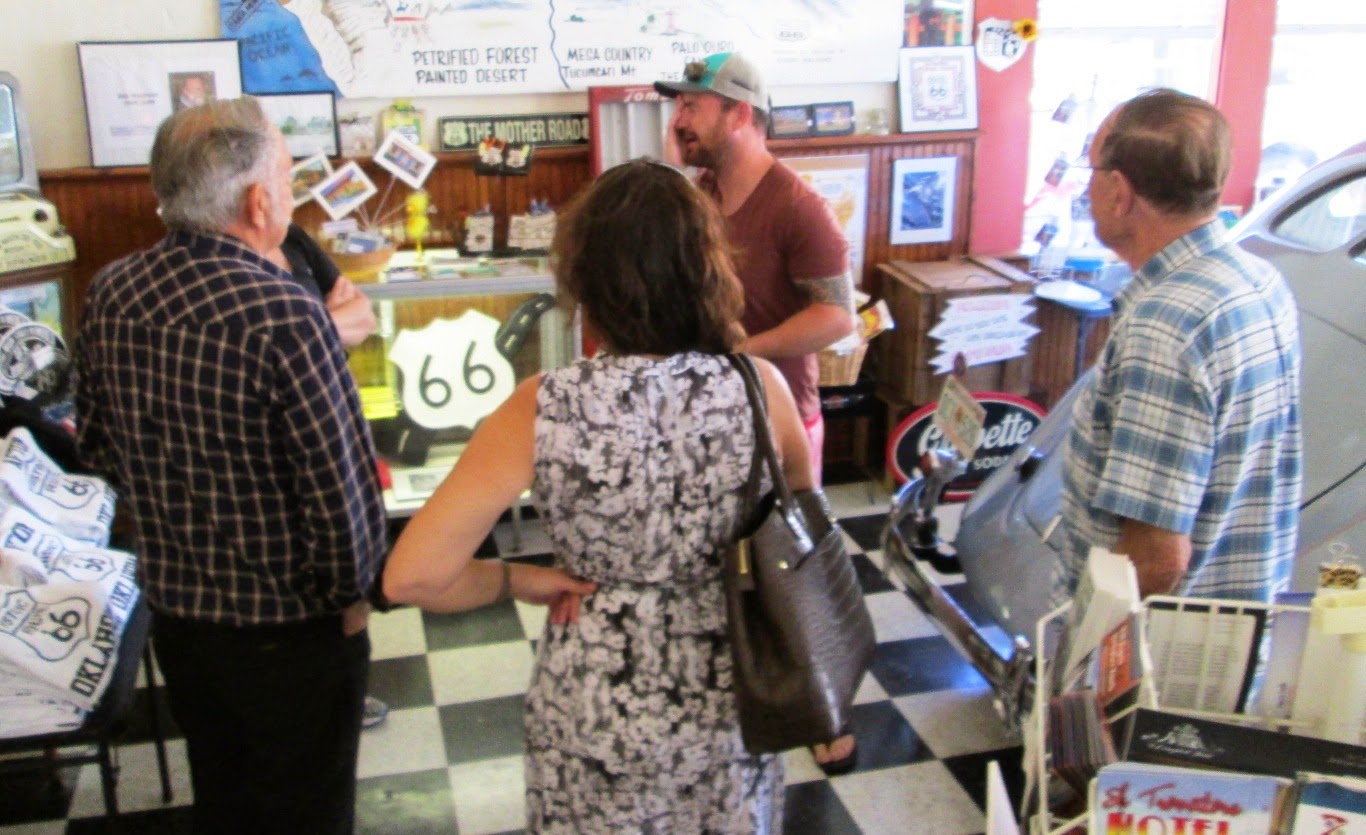 The Pooch Of The Day was this perfectly adorable Leslie, who belonged to her parents from Viola, Arkansas.  What a cutie! 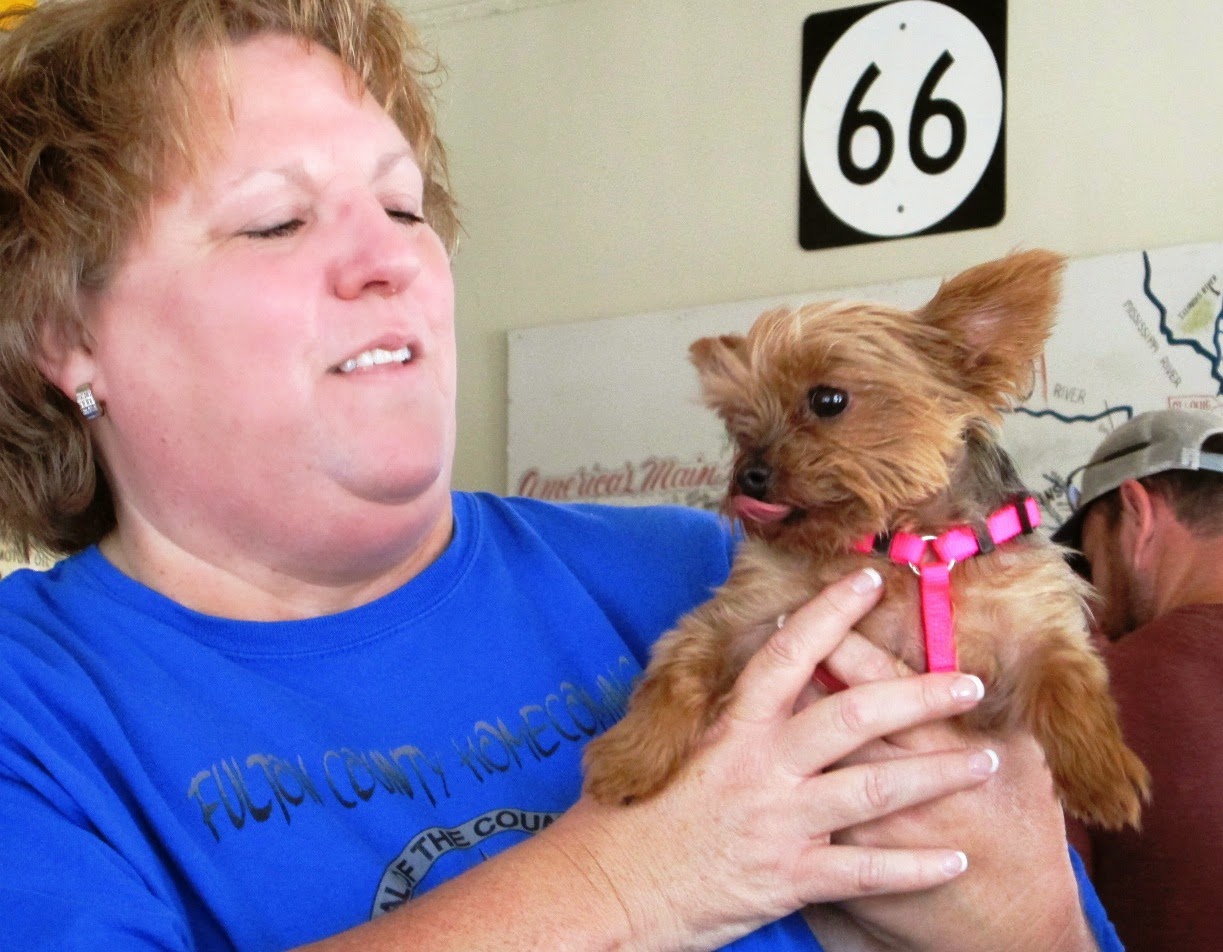 Now how could I possibly complain about not reaching my goal when I had such a perfect day!?  Robin will be greeting those folks who plan to travel on Labor Day, so feel free to drop in tomorrow.