Another day on Route 66.  After our disappointment at  having no visitors on Thursday, we had great news about yesterday's roster of visitors.  Marly reported that he visited with 20 people, from the U.S. as well as Kenya, London, and Australia.   Then, today started out slowly and I was little worried again until about 10:30 when travelers started to arrive.

We started the day with a big batch of popcorn.  Our popper makes the most wonderful popcorn.  It was enjoyed by us as well as several of our visitors. 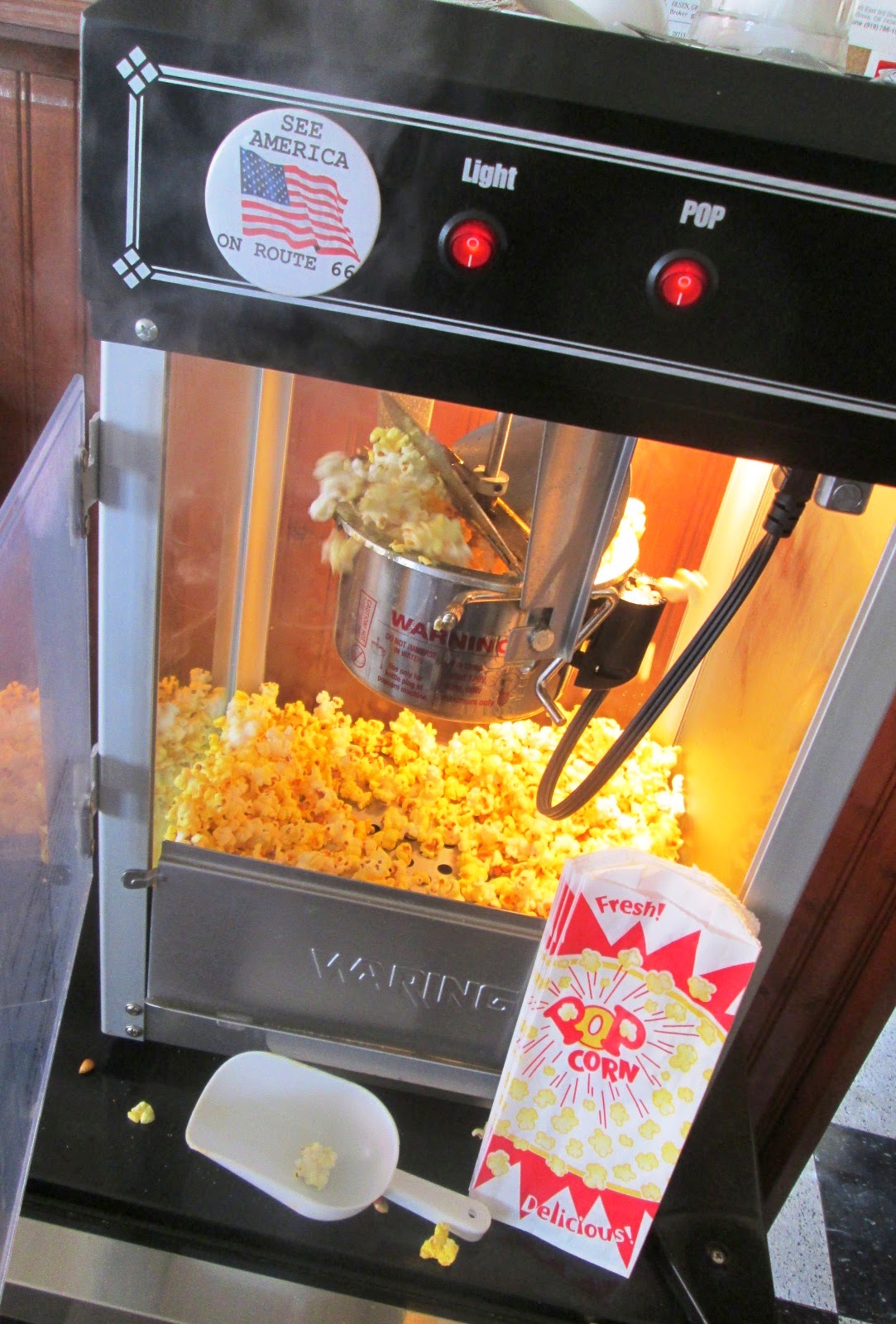 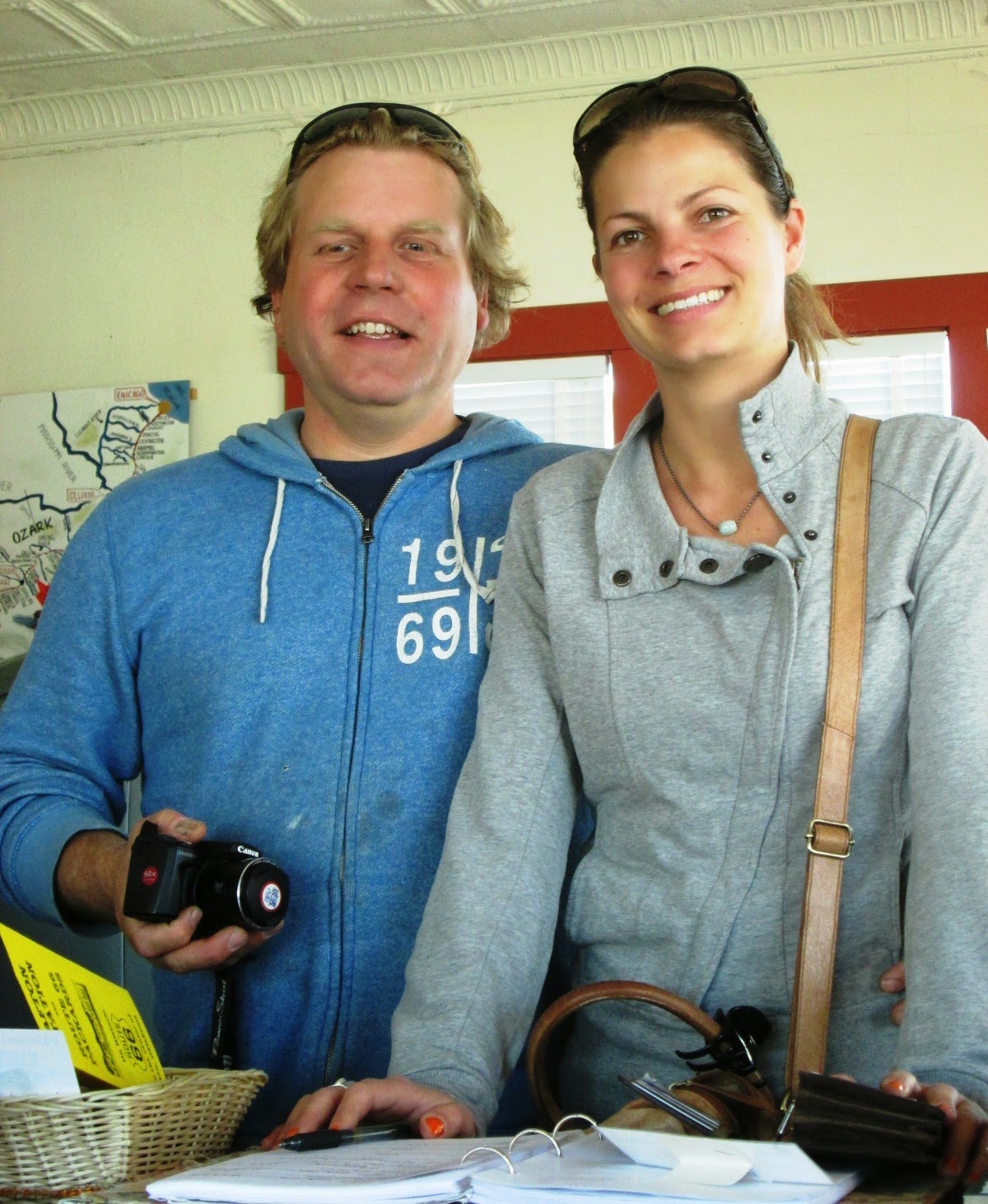 These folks from Amsterdam indicated that during their two Route 66 vacations, they are almost constantly asked if they smoke pot, since Amsterdam is known as the city where marijuana is legal.  They said they're tired of saying no, and that not everyone in Amsterdam is a pot head.   Ha ha.... 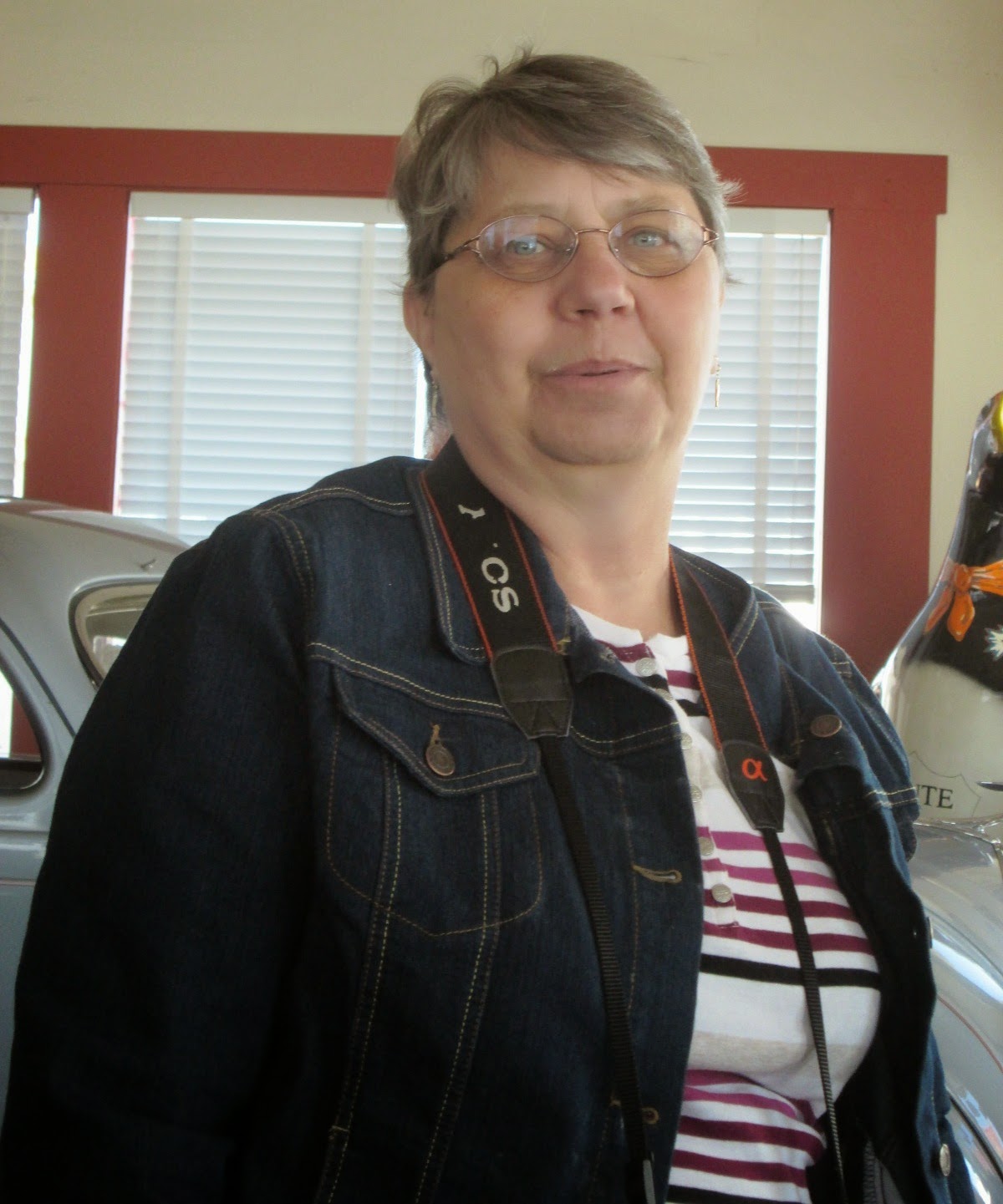 This nice lady from Washington, MO is taking one of her first solo vacations since the passing of her husband.  She's been enjoying a few days on Grand Lake, with a bit of Route 66ing as well. 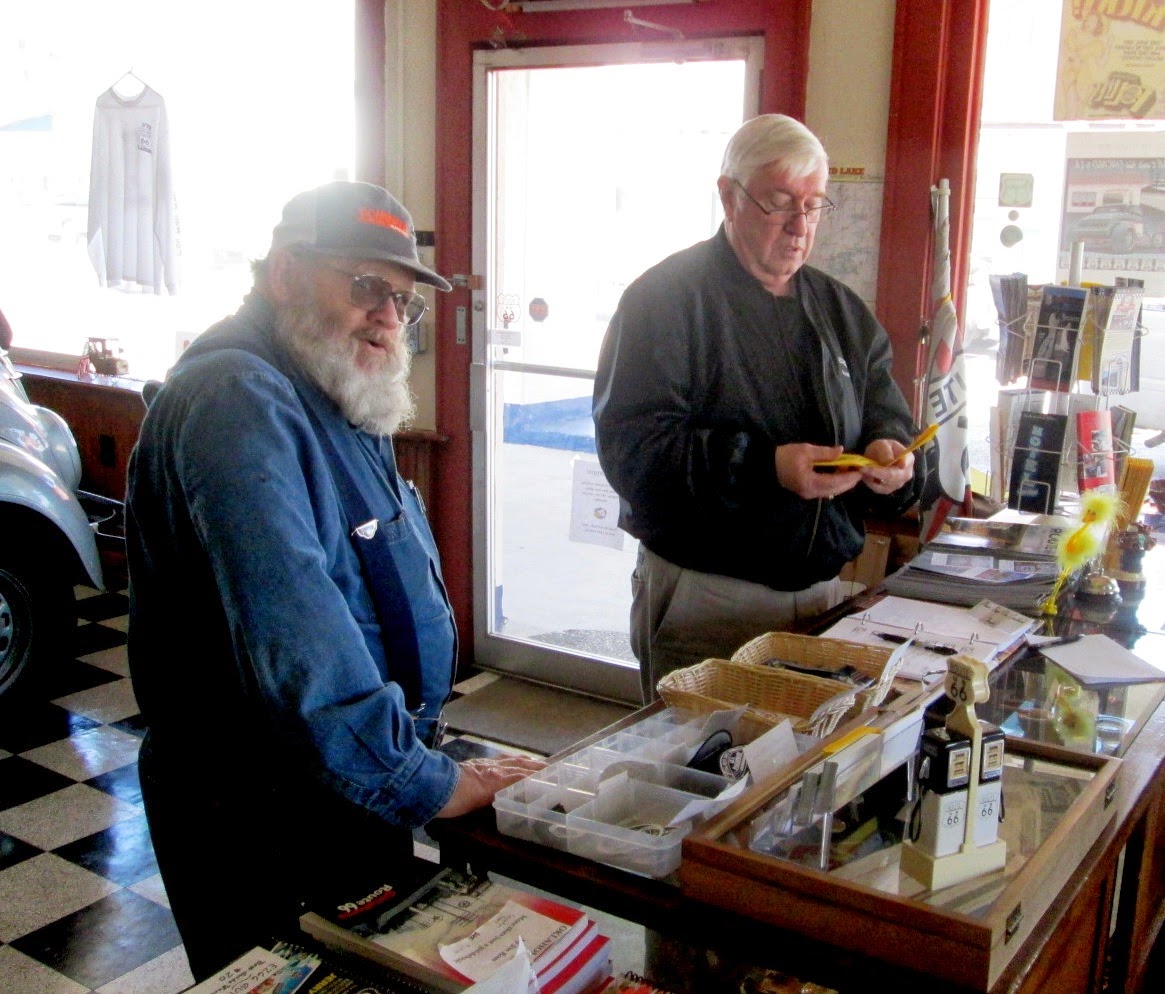 These gentlemen, from Fairmont, W. Va and Miami OK , have been here before but this time came back with a camera to immortalize some of our beautiful cars in pictures. 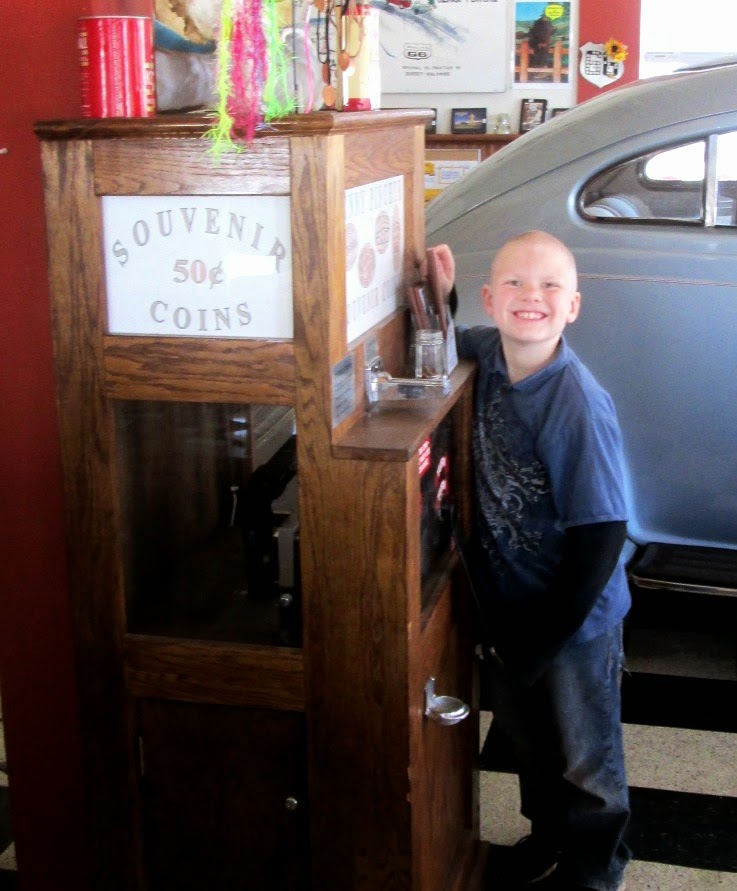 Our new little "townie" friend is Bryson, an 8 year old who loves to come in, look around, play the penny pincher, terrorize the rubber snakes in the snake box, and ask an incredible number of questions.  You might say he  has a severe case of the "whys".   Today, he also had some popcorn and a Mountain Dew and became very at home hanging with us. Nice kid!

We also had some folks come in to plan a trip to Afton Station in July for their Corvette club.  We're always so glad to schedule car clubs (or any other clubs for that matter.)

Value To Expect From Business Mentor

• Proof that they are successful and have already helped individuals develop an at home business
• A step by step system to build a business. With resources offered either for free or at discounted fees through a coalition of entrepreneurs
• Training seminars, and tutorials to educate you in a step by step order
• Access to support through email, texts and one on one time for questions and personal teaching to occur
• Weekly teaching seminars and tutorials through a service like go to meeting
• Advise on when to change direction or go to next step, or possibly skip one step and have you outsource a particular task
• Income streams, they should have several that they support with advertising email scripts responder messages. Show you how to start earning income with these residual income streams
• How and where to find other income streams
• Video marketing tutorial and step by step instruction or direction where to get the information on starting video marketing
• Article writing or call it copy writing. Tutorials and instructions
• How to distribute and who to distribute your Videos and Articles to. Point you to Media Sharing companies to maximize your time and multiply the number of sites your content is distributed to
• Offer you outsourcing of website and capture pages; the alternative free resources to develop them

I hope this has helped you to know what kind of value to look for and expect when searching for home business mentoring, and wish you success with your internet home business.

Elena Fraga invites you to view his articles like Home Business Mentoring
http://home-business-mentor.empowernetwork.com/