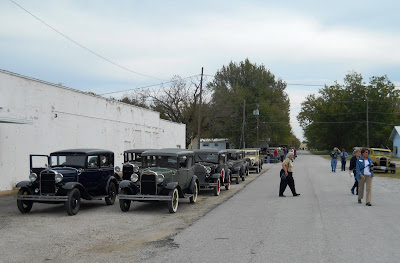 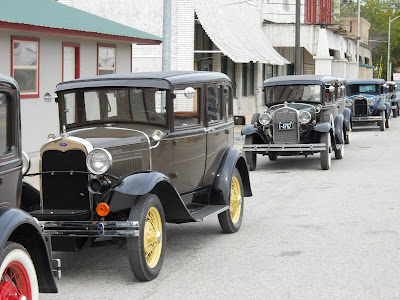 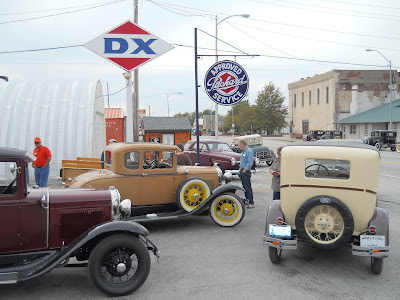 . . . and we were thrilled about it! This gorgeous fleet of 21 Model As from the Tulsa Model A Club paid a late afternoon visit to Afton Station and, as in the past, we welcomed them with open arms. There were approximately 42 people in the group, and their tour leader Ken Brust (shown below with his wife) planned an ambitious 3-day outing for the group, which included visits to the Coleman Theater in Miami, Har-Ber Village in Grove, Darryl Starbird's Museum on Monkey Island, a meal at Waylan's Ku Ku, and of course Afton Station! Thanks so much, folks, for putting us on your schedule. We love it when you visit. 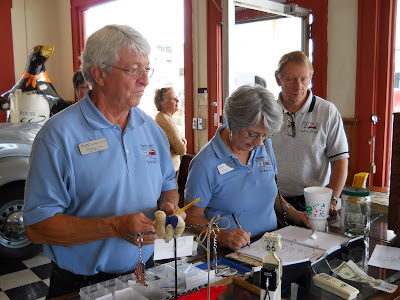 Along with the Model A folks, it was a very, very busy day. We had 37 other visitors (plus a few that slipped past when I was busy), and they came from Joplin MO, Findlay OH, Lawrence KS, Medford OR, Vilonia AR, Columbus OH, Kansas City MO, Long Island NY, and the following towns in Oklahoma -- Ponca City, Stillwater, Jay, Afton, Drumright, Tulsa, and Oklahoma City.

One who slipped away was a guy on a bicycle. He came and went before I could talk to him, but it appears by the flag on his bike in the picture taken by Ron M., that he was from Texas. Sorry to miss hearing his story. 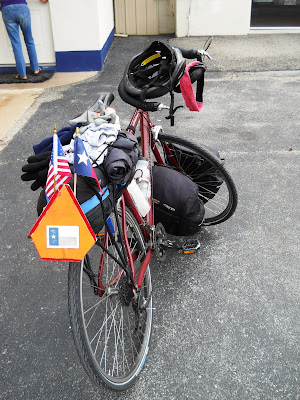 This gentleman from Findlay, OH enjoyed his time behind the wheel of the 1917 motor home. Since we had the big garage door open in that building, there was more light in there in which to admire the older cars and the motor home. 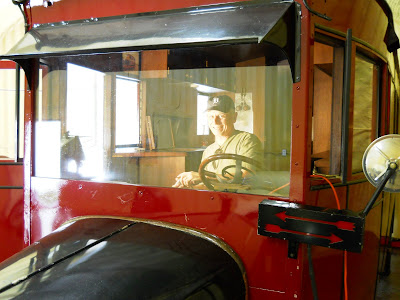 Ron M. was the official photographer today, among all the other help he offers, and Marly was busy down the road removing the gravel from the short stretch of Ribbon Road in front of the new monument. Phil and Robin dropped in, and so did Betty Wheatley. RhondaLee from Kansas City, an old friend of Betty's, came by and I finally got to meet the woman I've talked to on the phone and Facebook but never previously met in person.

Whew, I'm kind of tired. There were more photos taken today, but perhaps I'll have time to post them tomorrow. 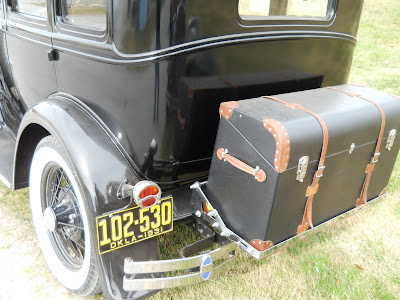