I was born in the late '40s.  My newborn name was Miss Motor Court.   I was a bright baby, units covered in fresh white paint, with bright red doors, beautifully sculpted shrubbery, and a sparkling pool in my front yard.  I wasn't a large baby, just average size for motor courts in my day, about 15 units.

Early in life, I set out on my own, to sit on the side of the road and fulfill my mission life, dispensing hospitality for all the traveling humans who took to the road right after World War II.  What a wonderful life it was!  Not only did I have the pleasure of providing warm beds and hot showers to multitudes of nice families, but my neighbors were other motor courts and we had so much in common.  Why, in the town where I finally settled, there were dozens of others very much like me right on Route 66 as it snaked its way through town. 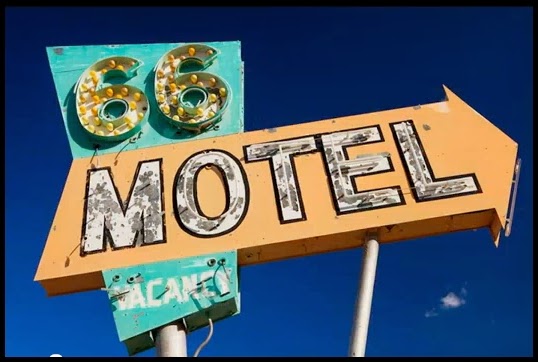 Oh, did I forget to mention that I was privileged to live on the famous Route 66, the Main Street of America, the historic highway that stretched from Chicago all the way to California?    My home was near the middle, in the small but growing town of Tulsa, Oklahoma which, at the time I came along, was fueled by oil wells which had earlier made it one of the wealthiest cities in America.  I didn't get to see that wealth, however, from my post along 11th Street.  Those oil barons were more likely to stay at the Mayo Hotel or some other luxury accommodation downtown.  My road consisted mostly of  the lodgings, diners, and filling stations necessary for those ordinary people passing through on vacations or whatever else compelled them to jump on Route 66 and motor across this beautiful country of ours.

Back then, I consisted of 15 detached cabins, but before I was even ten years old, all of my cabins were roofed as one, and the spaces between each cabin became garages where travelers could stash their cars for the night.   Later, even these "garages" were filled in, thus my rooms became larger, and as a teen ager I had expanded into 19 rooms.  At about that time, in the late '50s, most of us tourist courts became "motels", a shortening of the name "motor hotels".  The name didn't hold the air of romance that motor courts did, but it sounded slick and modern and most of us liked the change. 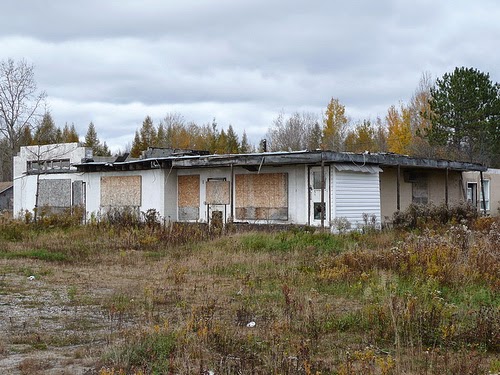 For years, I enjoyed the comfort of having new families stop to entertain me just about every evening. But as some of my neighbors found themselves no longer filled every single night, they were finding alternate ways to keep providing the funds needed to keep themselves in good shape.  We were a tough bunch, and we didn't go down easily.   I remember when my neighbor to the north, after years of dwindling visitors, finally gave up in the mid '70s and turned himself into an antiques mall.   Each of his cozy rooms became a separate shop, and the uniqueness of the plan made it a popular stopping place for many years.   And yet, he was born to be a motor court, and I'm sorry he couldn't end life that way.

Although I was noticing a difference in the sort of clientele I was attracting too, I soldiered on for quite a few years.  I was getting older and tired.  My paint was peeling a bit, and I'm so sorry to report that my keepers had filled in my pool a few years earlier, a very sad time for me.  Oh, how I missed those squealing children coming down that slide into the invitingly cool water.  There were still visitors, but they were mostly singles, business people and salesmen needing a night's rest from long days of drudgery.

As the neon letters on my sign began to go out, one by one, I finally accepted that I would meet one of two or three fates in my old age.   I could just perish and be torn down.  I could gradually disintegrate and become one of a number of rotting motel hulks along this stretch of Route 66.  Or, I could attempt to stay open, despite what kind of clientele I attracted. 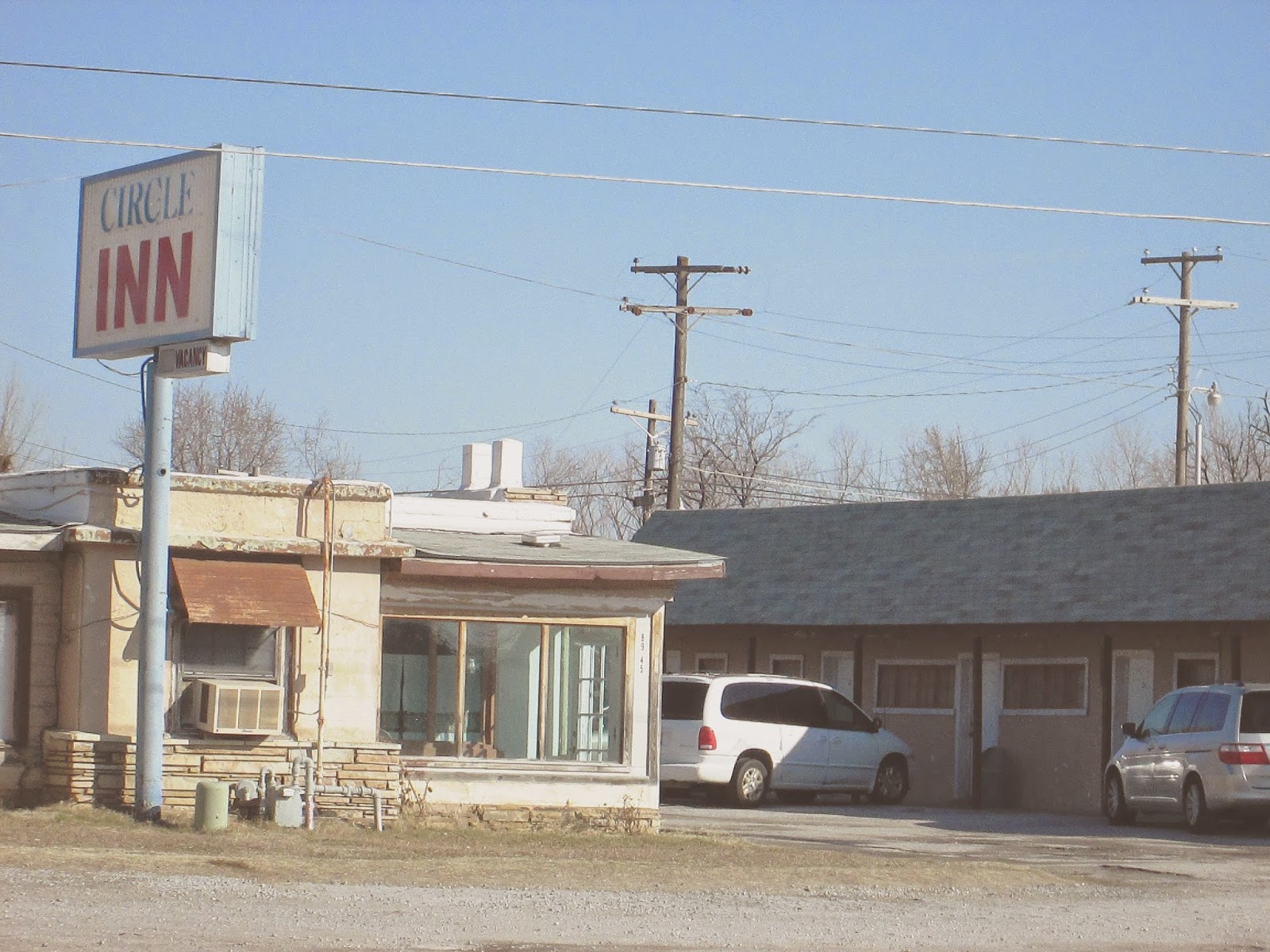 I chose the third option, which is where I am now.  My roof leaks in many places and there are weeds as high as trees growing everywhere.  There are cracks in the pavement as big as canyons. The hand lettered sign out front now says "Weekly and Monthly Rates", and I'm suspicious of a number of the humans I see roving around my grounds at night.  I've personally identified some prostitutes and drug dealers in my parking area, and it makes me scared.

That's why I'm writing this now.... to YOU.   I need your help.  If you are looking for a worthy cause or even just a potential business investment, keep me in mind.   If you fixed me up, I promise I would love you even more than you will love me.  Together we could start bringing back the mystique of  the past.  There are lots of travelers out there who now stay in Mariotts or Super 8s who would probably love to show their grandkids "how it used to be".  Together, we could give them such a kick that they'd never forget, and when we hung the new, neon NO VACANCY sign, life would begin again!

(THIS IS A GENERIC PLEA FROM A GERIATRIC OLD MOTEL.  JUST A NUDGE FOR ANYONE WHO MIGHT FIND IT FUN AND WORTHWHILE TO OWN AN OLD LODGING.  I DON'T HAVE ONE FOR SALE MYSELF, NOR DO I KNOW ANYONE WHO DOES, BUT THEY'RE OUT THERE, I ASSURE YOU.  THINK ABOUT IT.)

Well done, Laurel! We need more well-maintained and operated vintage motor courts along the Mother Road. 12-15 units is doable for a couple or family. It can be a rewarding and interesting experience. You may not get rich, but the friends you make and the experiences you will can are priceless!

Wonderful. Good stuff can indeed come out of winter down time.