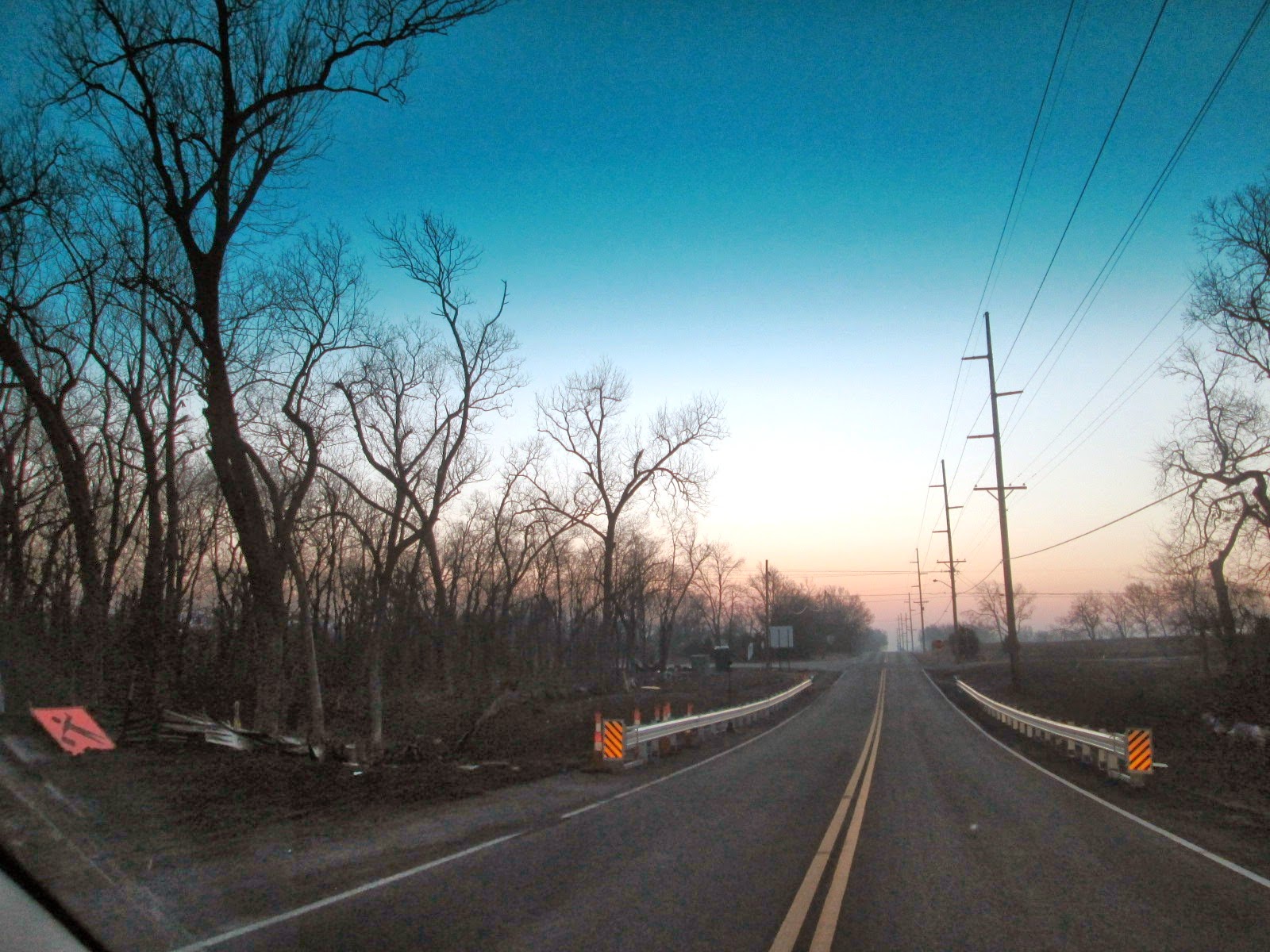 Yessssss!   Another day to prove that it's time to put on our big smiles and greet all the visitors who are streaming in the door and probably won't stop streaming in until November.  There were plenty of us at the Station today to provide those smiles.   Marly, Robin, Phil, and Tattoo Man were all in attendance, as were 21 smiling visitors.  It was one of those really great days on Route 66.

This is the first we've seen of  Ron "Tattoo Man" Jones since he recovered his '56 Chevy from it's televised restoration on the TV show "Counting Cars".  He has it back from Las Vegas finally and brought it to the Station today.   It's a beauty!   Unfortunately, my camera took the occasion to get balky, so I only got a couple of close-up photos and none of the whole car.   He was very happy with how the car looks, but had some disappointments when the car was delivered back to Oklahoma with a pretty large number of things that hadn't been done to it by the Counting Cars guys.   He's now in the process of getting those things fixed here in Oklahoma. 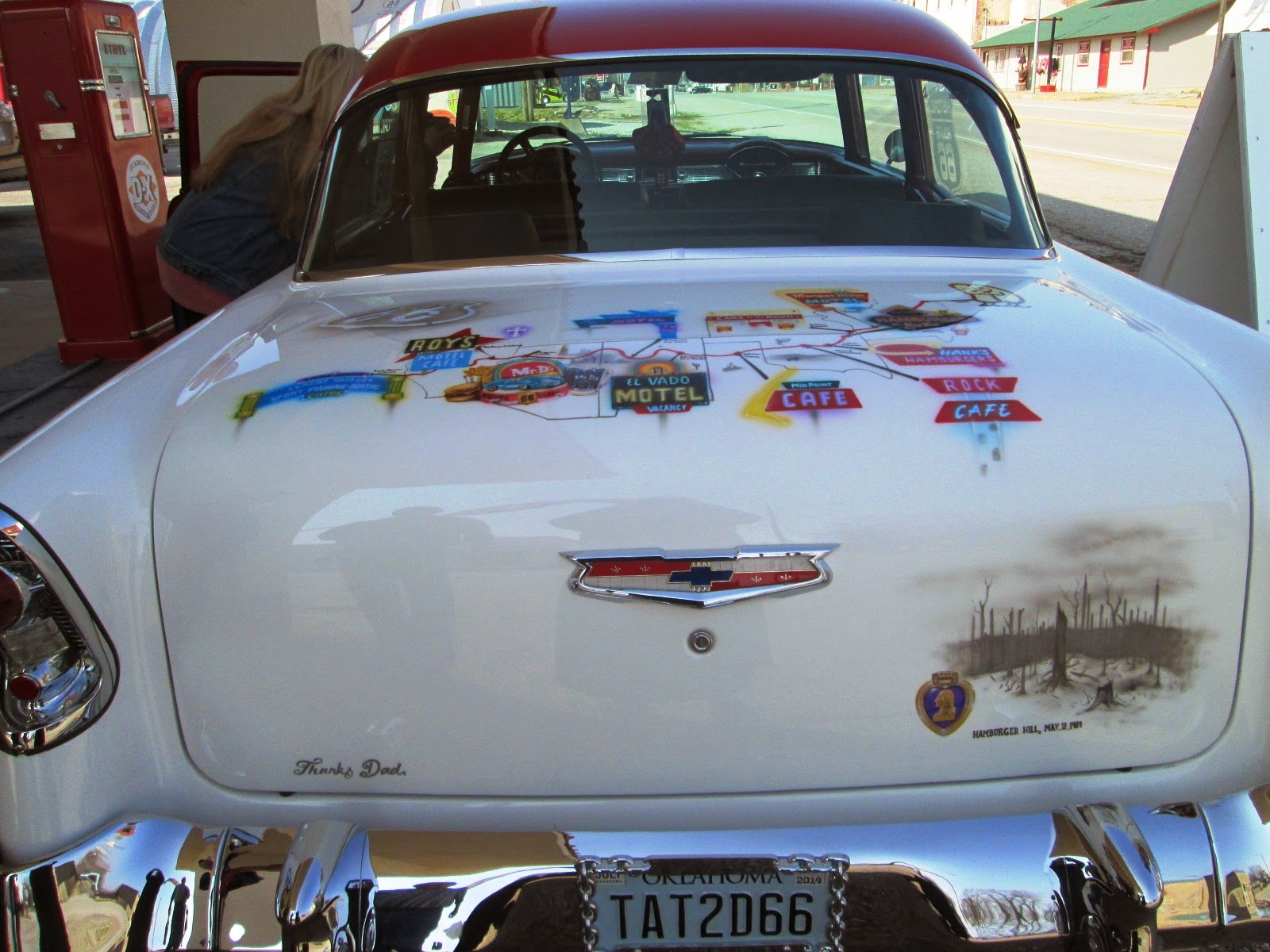 The trunk has a neat airbrushed map of Route 66, plus a tribute to his time in Viet Nam and his recently deceased father. 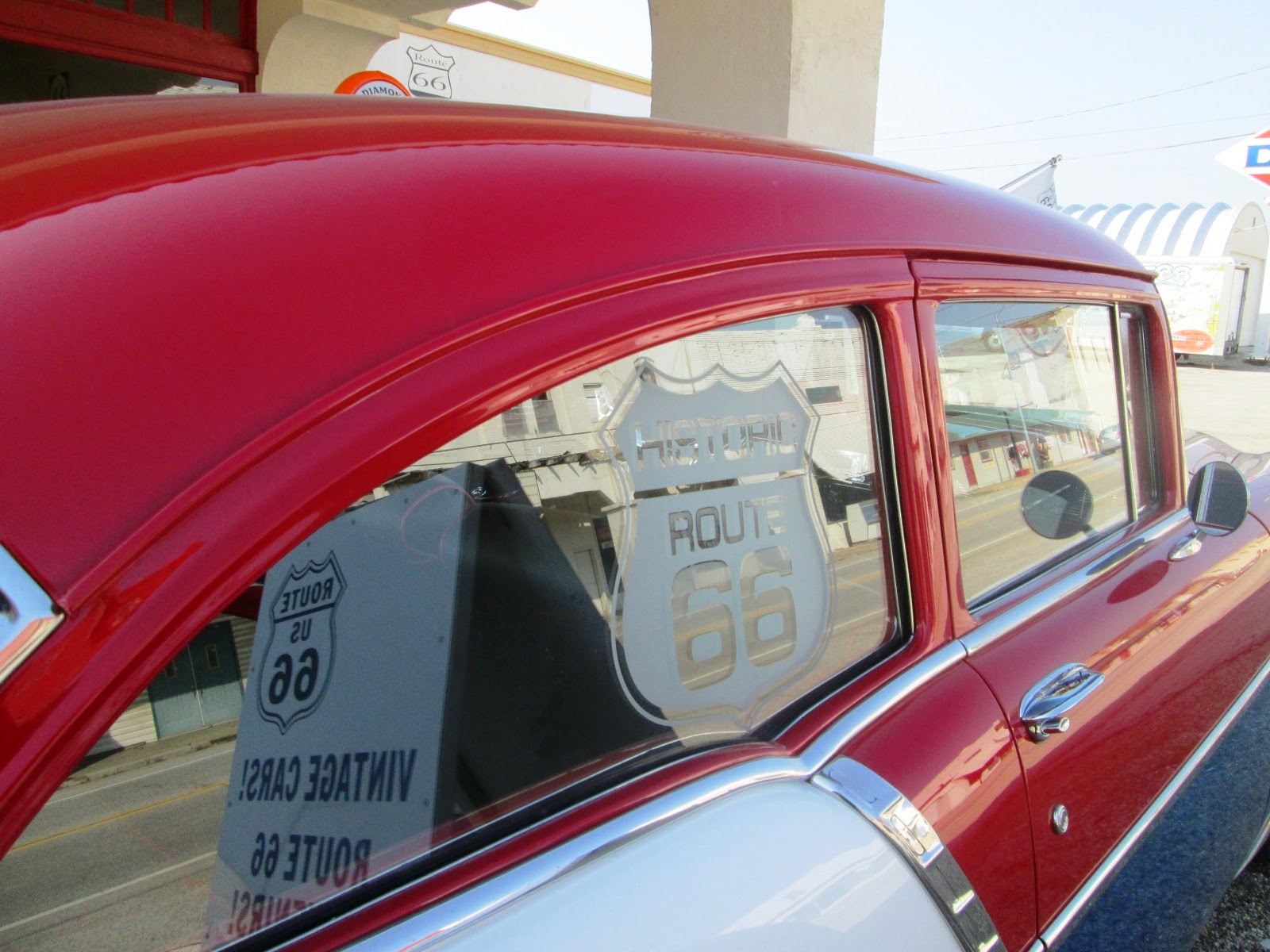 The side rear windows sport Route 66 shields etched into the glass.  I promise to have better photos when I see Tat again.  It was a ground-up restoration and is spectacularly sparkly! 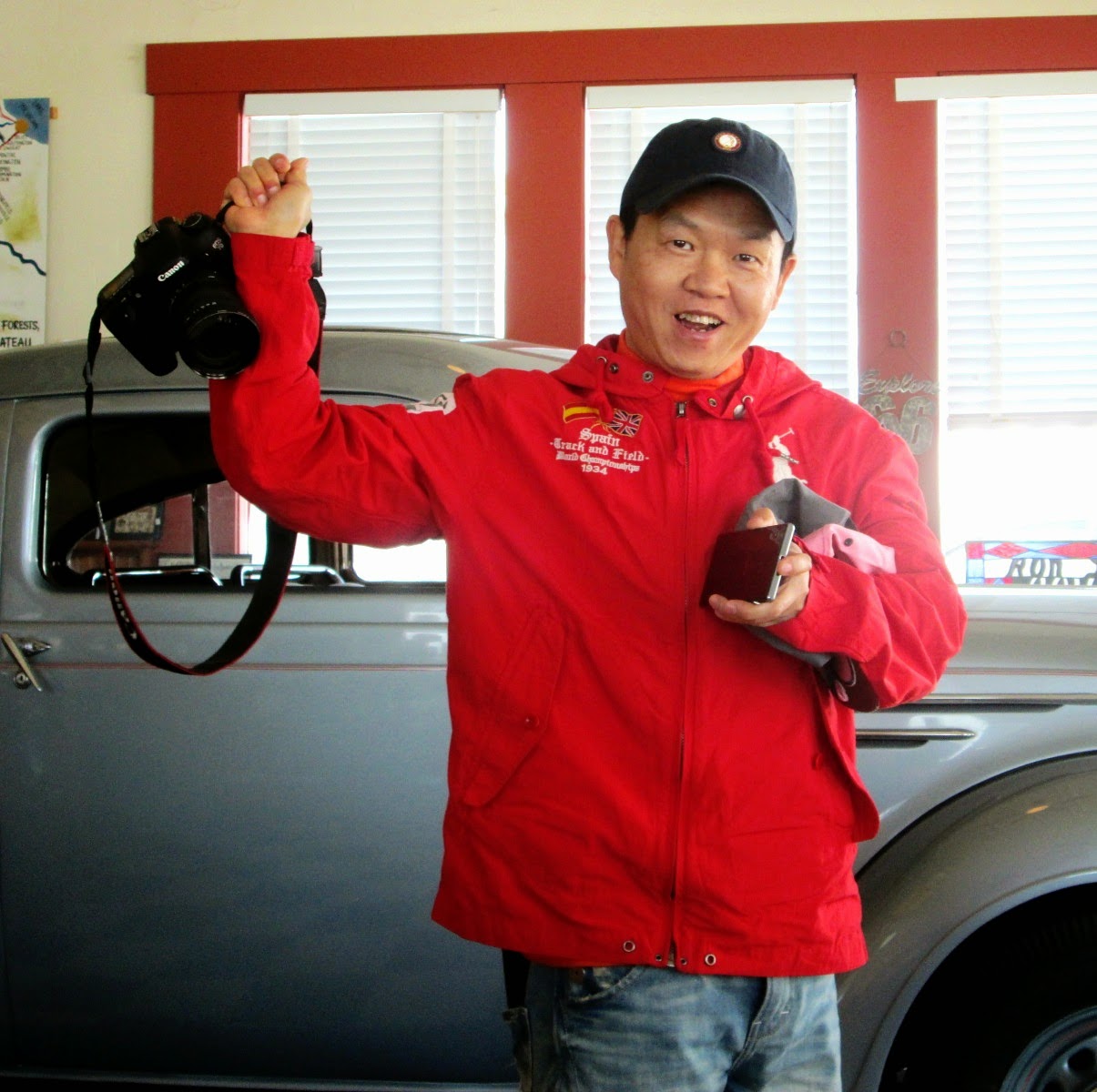 The man from Beijing loved the new Route 66 baseball caps and bought two.  He also enjoyed photographing all the cars. 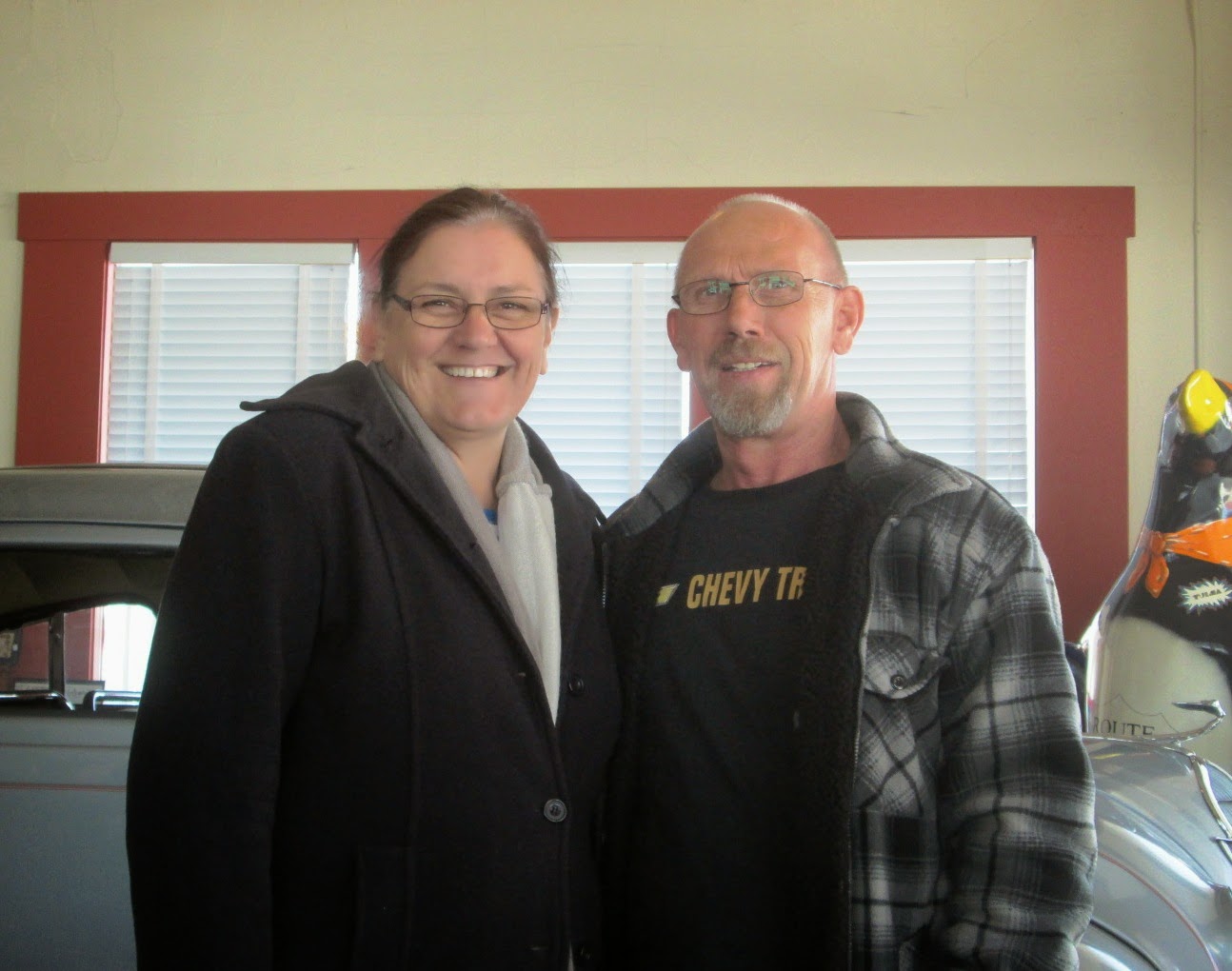 For these Aussies, it was a bit colder than expected, but they were enjoying their full Route 66 trip all the same.  They had been to visit many of the Mother Road "regulars" on their way from Chicago to L.A.  The husband and their son are both old car enthusiasts.  He showed me a picture of his car, a Holden which he has modified to have a back seat. 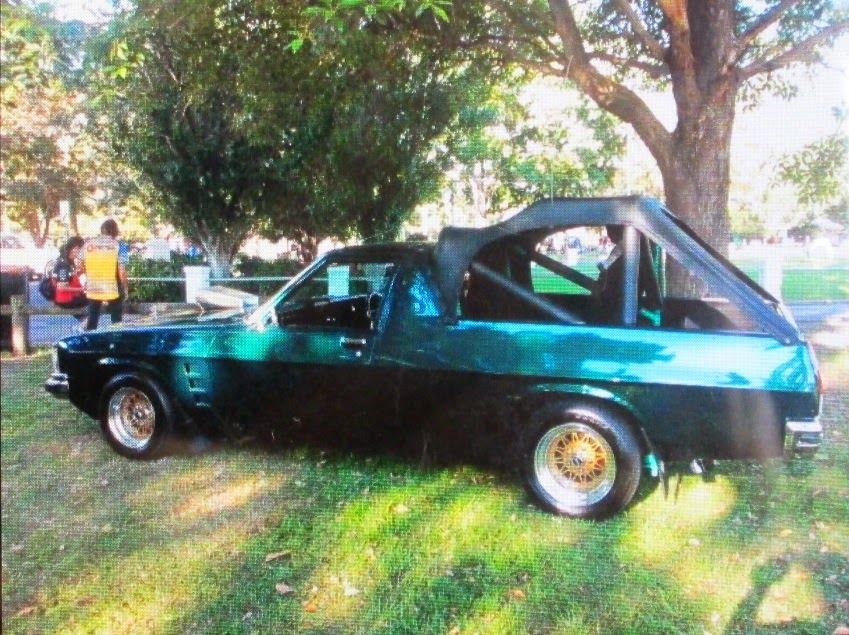 (Not bad for a photo of a smart phone photo!) 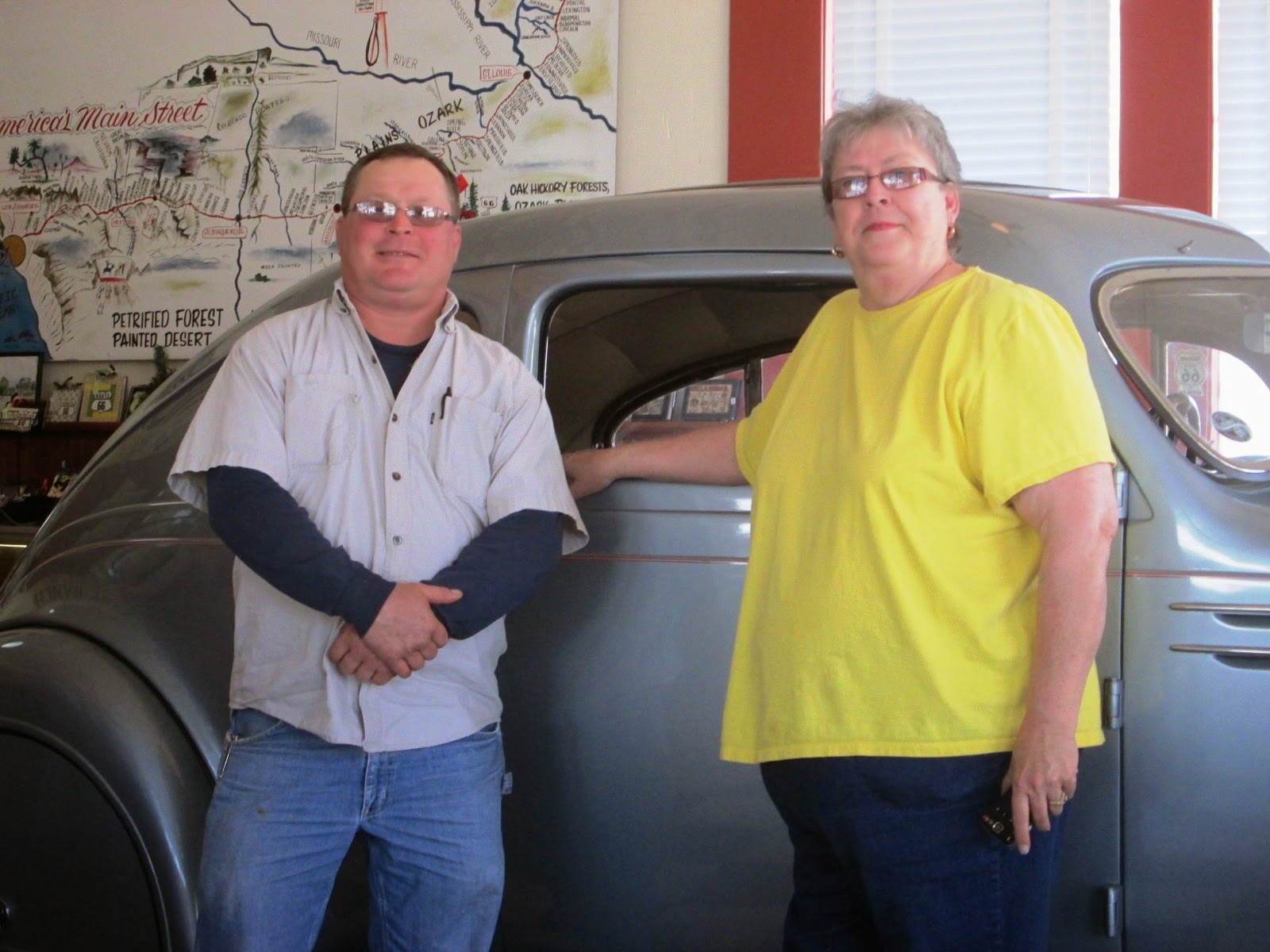 The enthusiasm of this couple was infectious.  They're from Adair, OK.

We'll be open tomorrow, so come on down and join the fun!